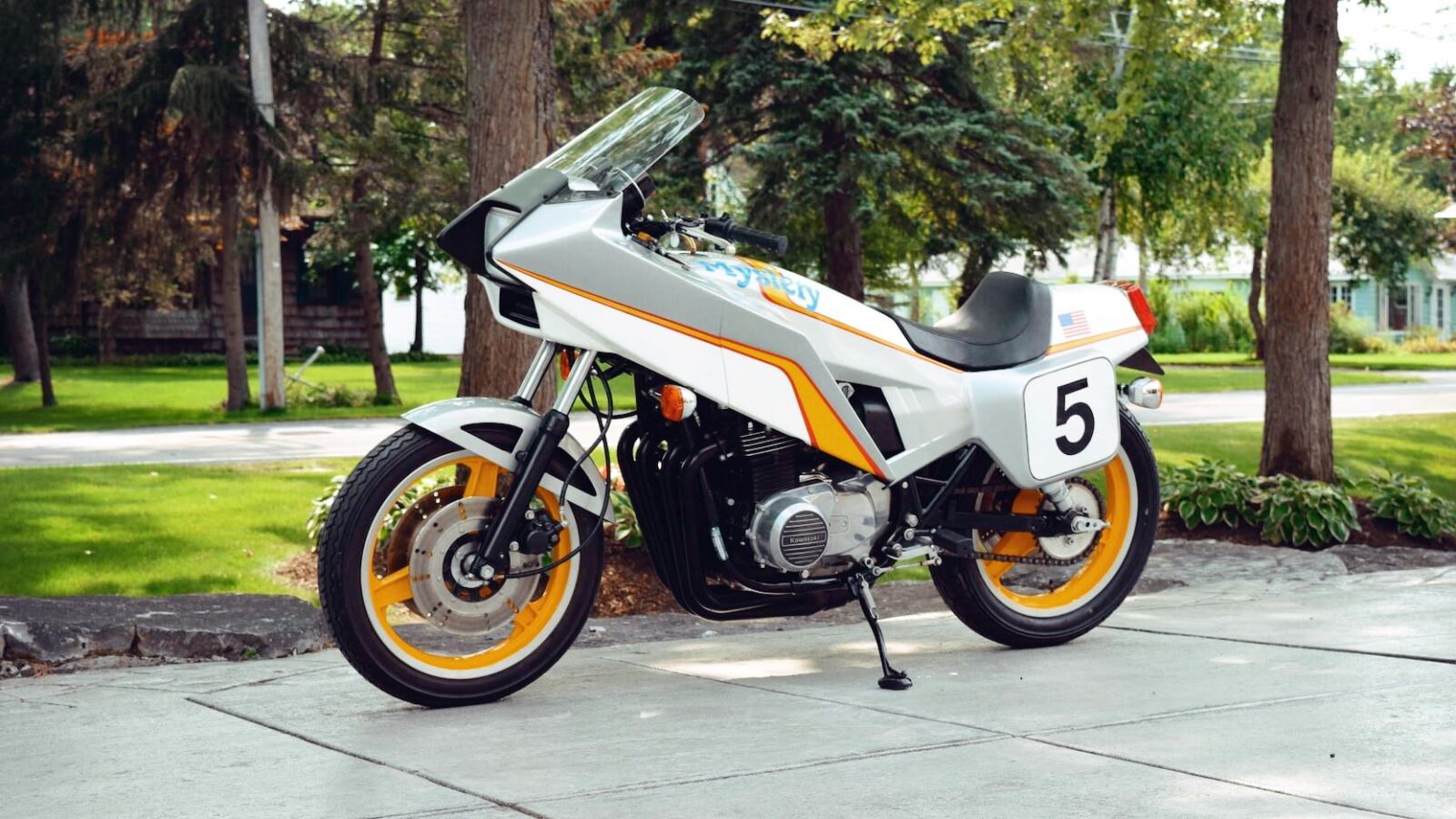 The Kawasaki Mystery Ship was designed and built in 1980 by Alabama-born American designer Craig Vetter.

At its peak, the Vetter Fairing Company was the second largest motorcycle-industry manufacturer in the USA – after Harley-Davidson. Craig Vetter’s Windjammer motorcycle fairing became so ubiquitous that people at the time often called all fairings “Windjammers” whether they were built by Vetter or not.

Far from being just an accessories company, Vetter was a very early proponent of aerodynamics and fuel economy technology, the company also created an AMA Superbike racing team in the late 1970s – winning the title in 1978 with Reg Pridmore riding a Kawasaki KZ1000 (tuned by Pierre des Roches).

This championship winning Kawasaki would form the basis of what would become the 1980 Kawasaki Mystery Ship – a heavily customized bespoke motorcycle based on the KZ1000 MKII. There’s a common misconception that the Mystery Ship is just a fairing bolted to an otherwise stock KZ1000 – but this is fundamentally untrue.

Building a The Mystery Ship

Each Mystery Ship started as a factory stock bike, but was torn down to a bare frame, which was then placed in a jig to ensure millimeter accuracy. The steering headstock was cut off and replaced with a new unit with a 26° rake. The frame was then strengthened, and any unneeded tabs or brackets were cut off to save weight, and new shock mounts were installed – before being fitted with Mulholland Force 1 shocks.

A new box-section swingarm was then added in place of the original, and a matching set of lightweight three-spoke magnesium Dymag wheels were bolted on. Original brakes were kept in place but the factory pads were swapped out for higher-performance Ferodo units, and a high-performance Yoshimura 4-into-1 exhaust system was installed.

The iconic fairing and bodywork is a two-piece unit that covers a 6 gallon tank (22.7 litres) and a new Lockhart oil cooler was fitted just under the headlight to take advantage of the clean airflow. There was no allowance for a rear seat or pillion – this was a strict single-seat motorcycle designed for speed, though it did make a good touring motorcycle thanks to the wind protection and relatively comfortable seat. 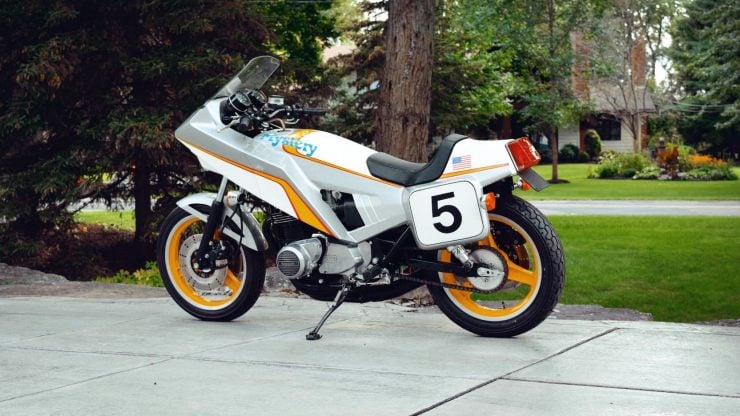 When ordering your new Mystery Ship you could choose from five performance options:

The standard Mystery Ship cost $9,995 in 1980 dollars – 300% more than a stock Kawasaki KZ1000. This limited the market somewhat, although the company had originally planned to sell 200 of them. Vetter had a hang gliding crash in 1980 which stopped the project in its tracks after just ten had been built and and seven shipped to customers.

The design of the Mystery Ship has been credited with significant influence on the motorcycle industry in the years after it was built. Two of the ten examples are now displayed as notable motorcycles in the AMA Motorcycle Museum and the Barber Vintage Motorsports Museum respectively.

It’s not known how many of the eight non-museum examples of the Mystery Ship have survived and it’s very rare to see them come up for sale. The bike you see here is #5 and it’s well-known by Craig Vetter – with the fuel tank even sporting his signature. It’s being offered with photos and magazines, and lots of documentation, and amazingly it only has 48 miles on the odometer from new.

If you’d like to read more about the bike or register to bid you can click here to visit Mecum, it’s due to sell between the 23rd and 27th of January, and there isn’t currently an estimated value. 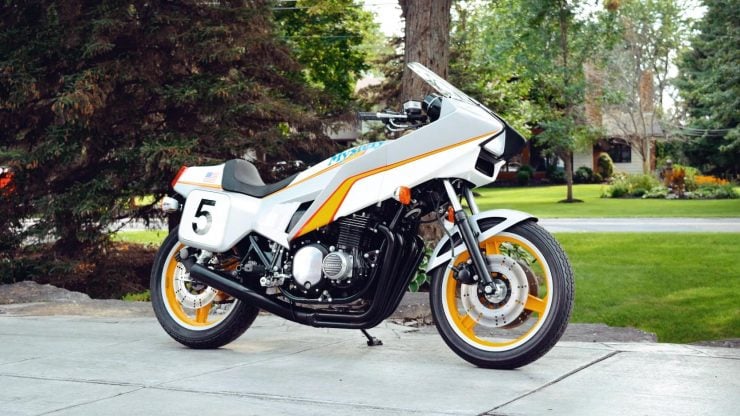 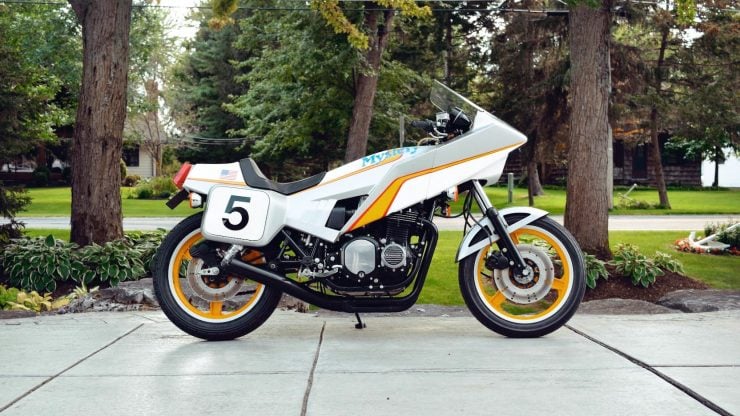 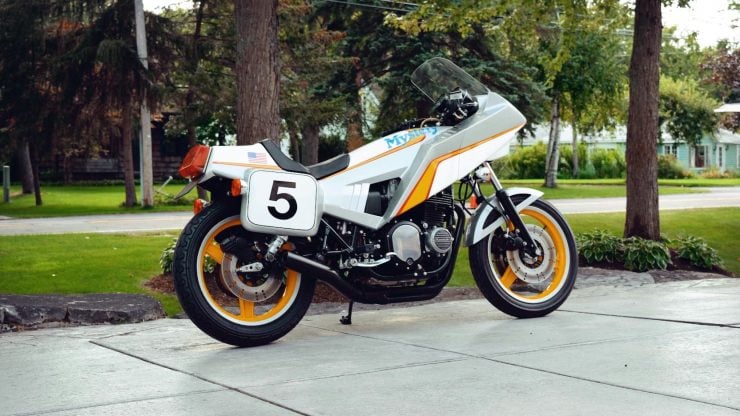 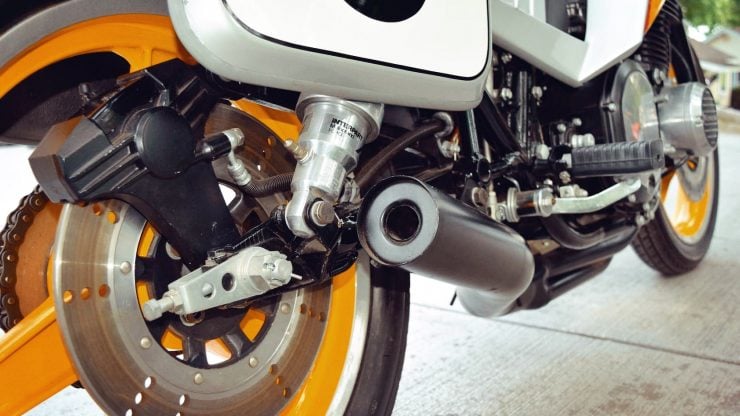 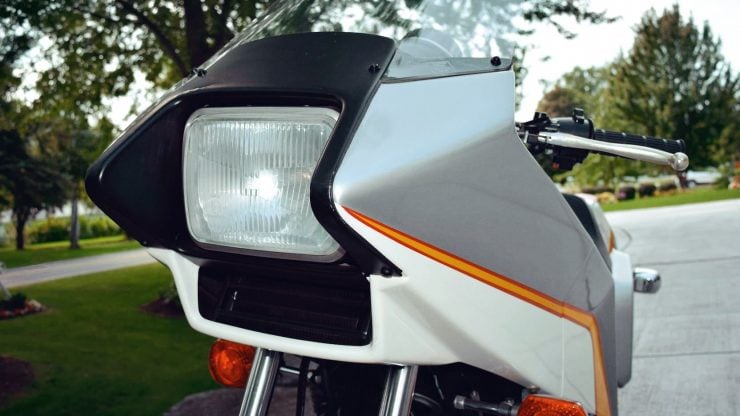 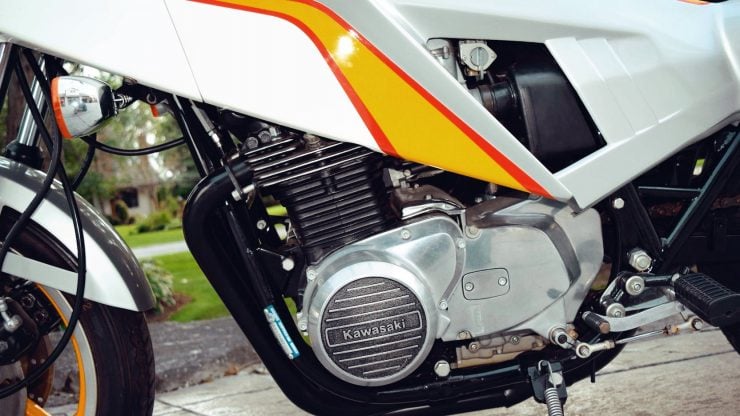 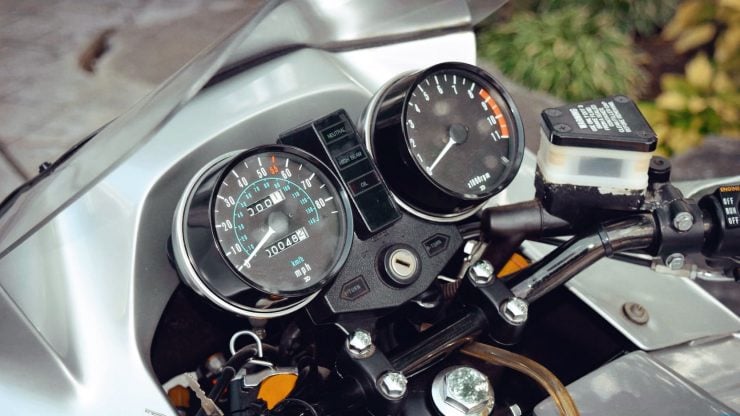 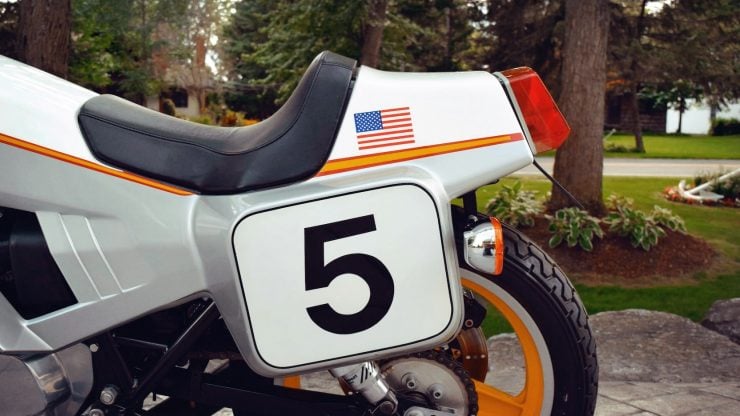 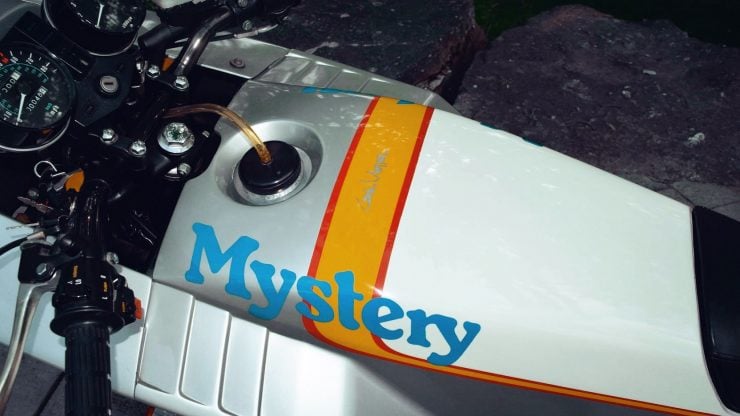 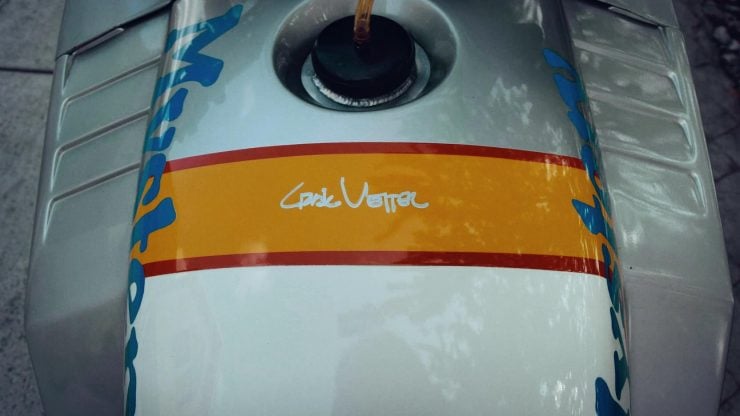 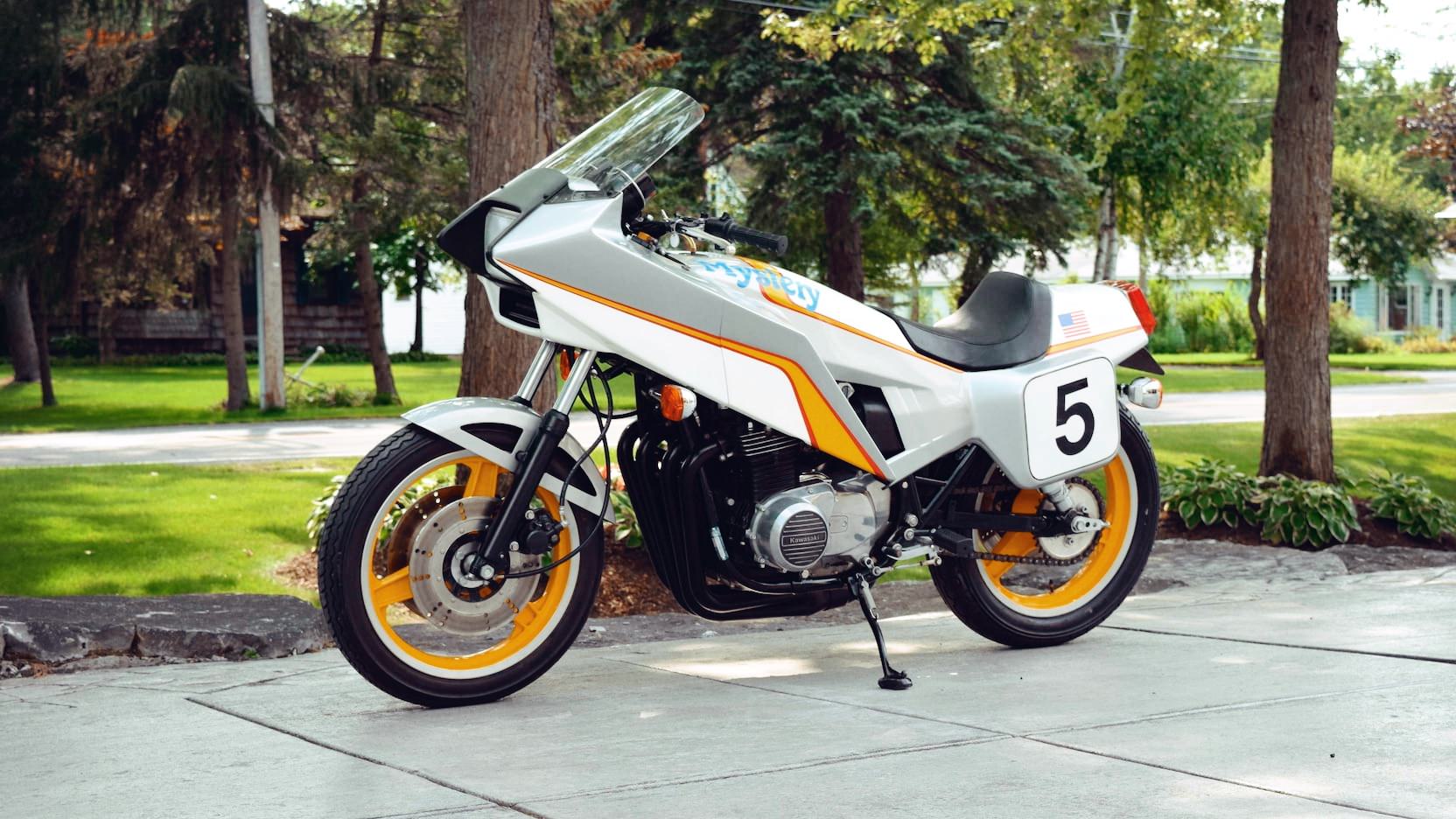