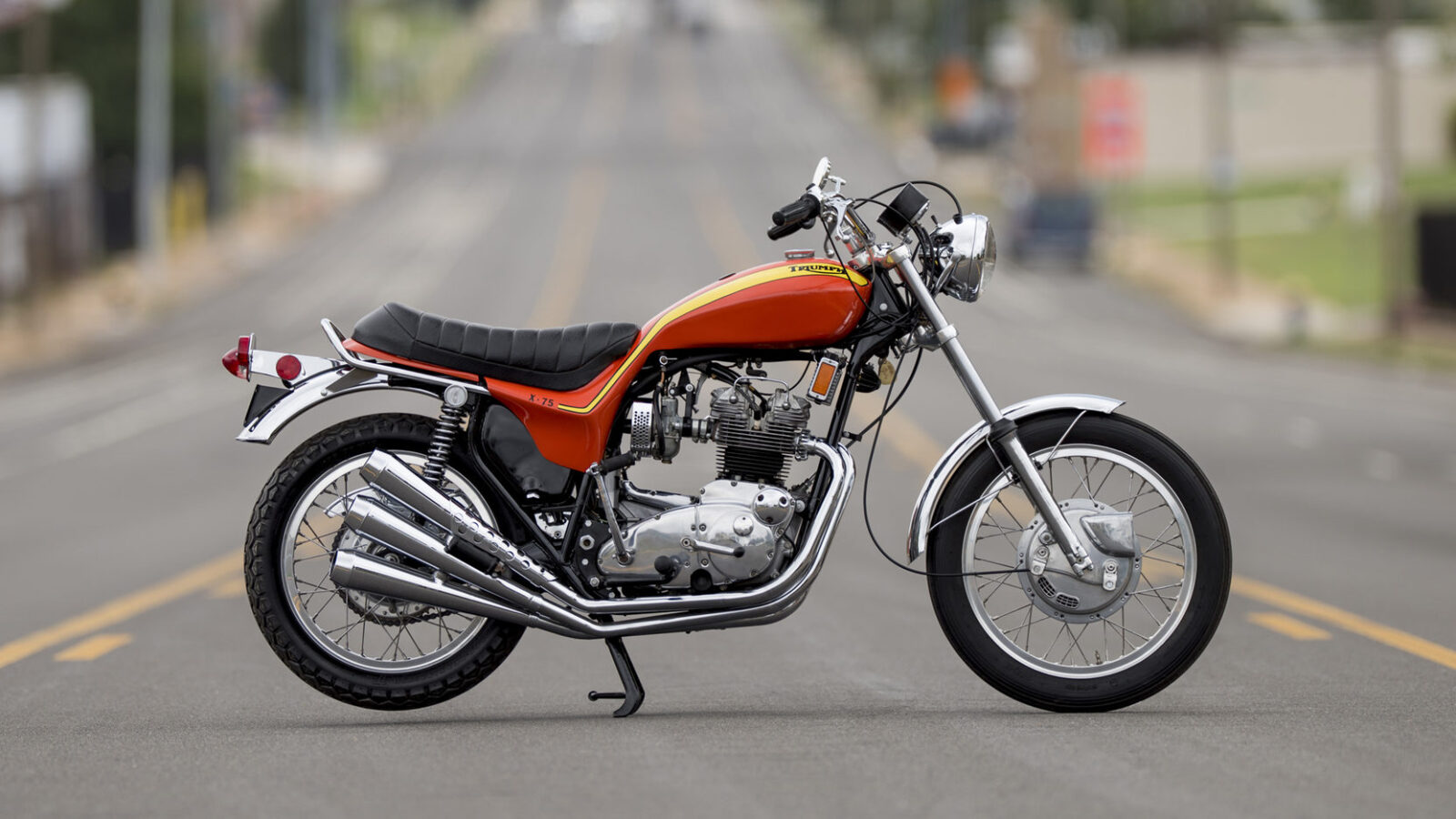 Historically speaking, the Triumph X-75 Hurricane is a genuinely significant motorcycle. Just 1,200 or so were built before production ended in 1973 due to new noise restrictions in the USA, but the styling of the new Triumph created a wave of interest across the United States, some even crediting it with being the bike that launched the cruiser category – motorcycles that are customised by the factory rather than the consumer.

The Hurricane actually started life as a BSA, the project was kicked off by BSA Vice-President Don Brown who hired Craig Vetter to design a “sleeker and more balanced” version of the BSA A75.

The prototype was sent to England where BSA/Triumph chief designer Bert Hopwood rejected it for being too trendy. As it happens, trendiness was exactly what consumers wanted – and after the prototype had been viewed by the general public the overwhelmingly positive response led to a green light for limited production.

Sadly, BSA folded before the project got very far so it was decided to swap in Triumph badges, and release the model as the Triumph X-75 Hurricane. Although the inline-triple 750cc engine wasn’t particularly advanced, it was quite powerful for the era with 58bhp. The downside was that the engine was OHV rather than OHC, as well as a vertically split crankcase, and drum brakes front and back.

Production for 1972/73 began in England, supervised by engineer Steve Mettam. The single piece bodywork and triple right-side exhaust made the X-75 a popular seller, and there was no trouble shifting them from showroom floors.

Today the surviving examples of the X-75 Hurricane have become icons, along with many of the other early Vetter designs. When they come up for auction the interest is significant, and as a result the prices have been climbing rapidly each year.

The example you see here is an original one-owner bike that’s been restored from the ground up, it’s due to roll across the auction block in Las Vegas between the 25th and 28th of January with Mecum Auctions, and you can click here to read more or register to bid. 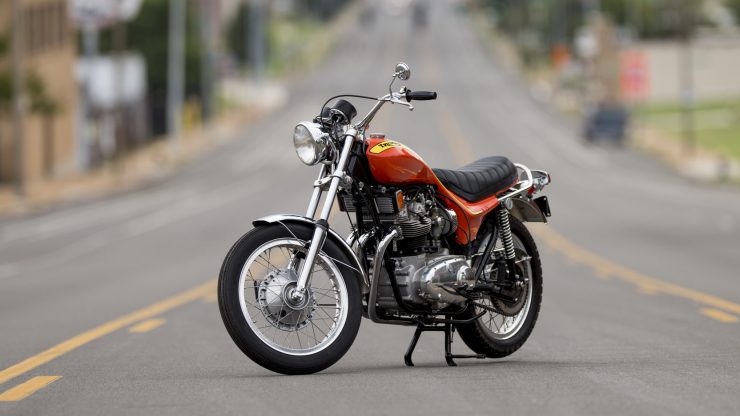 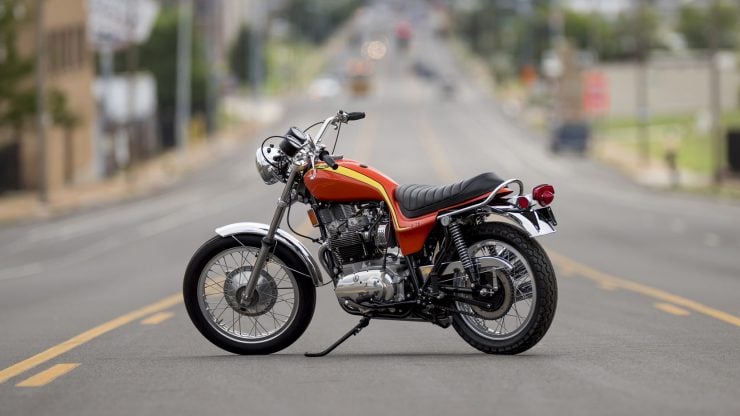 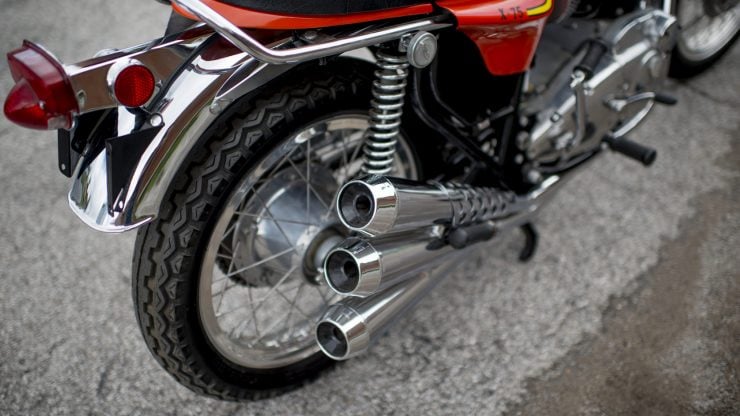 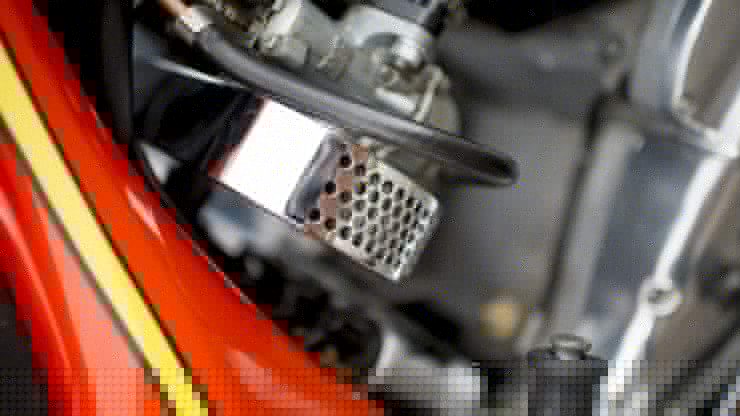 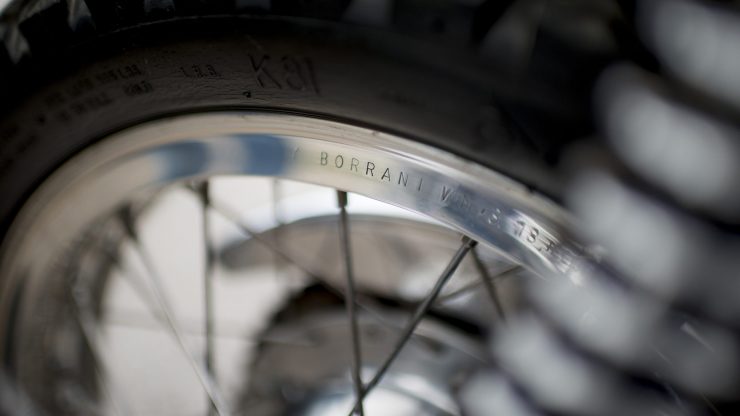 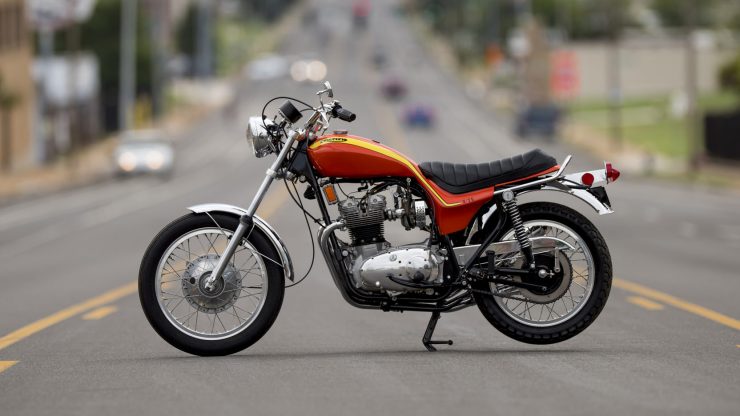 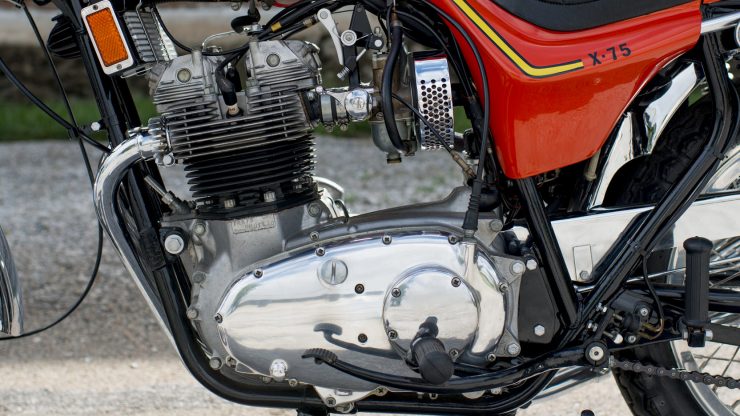 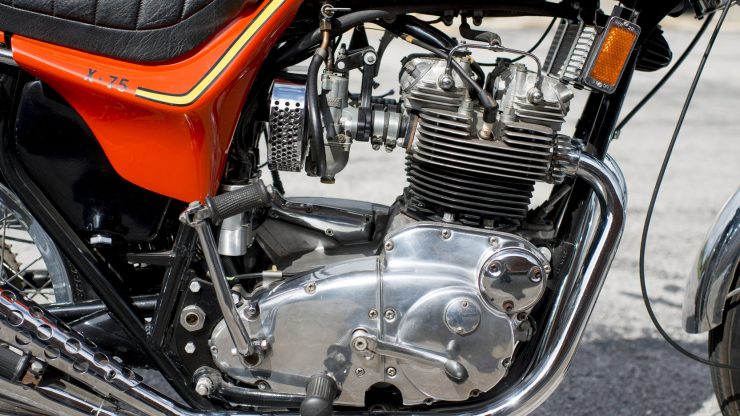 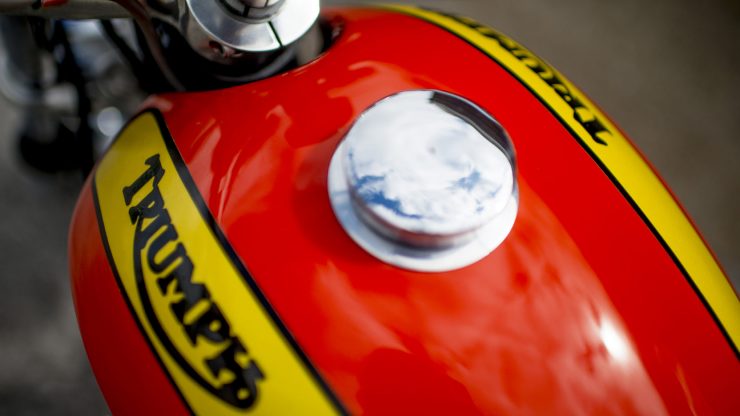 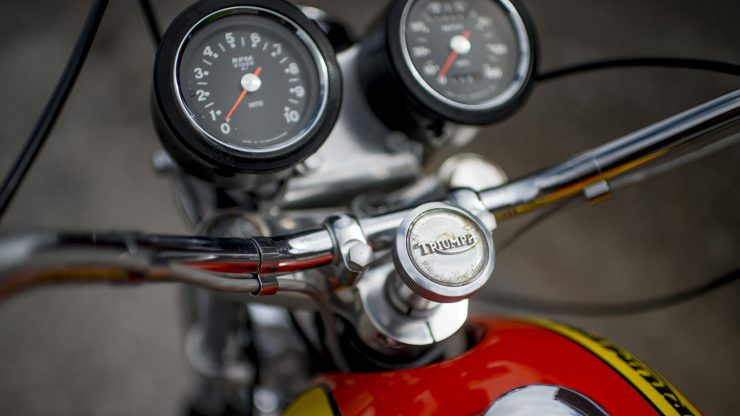 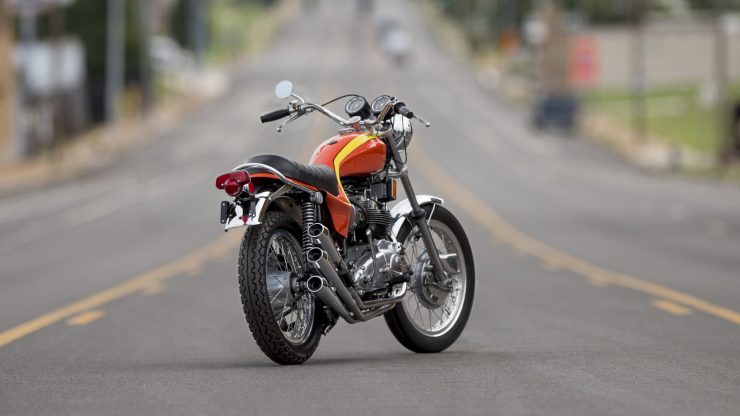 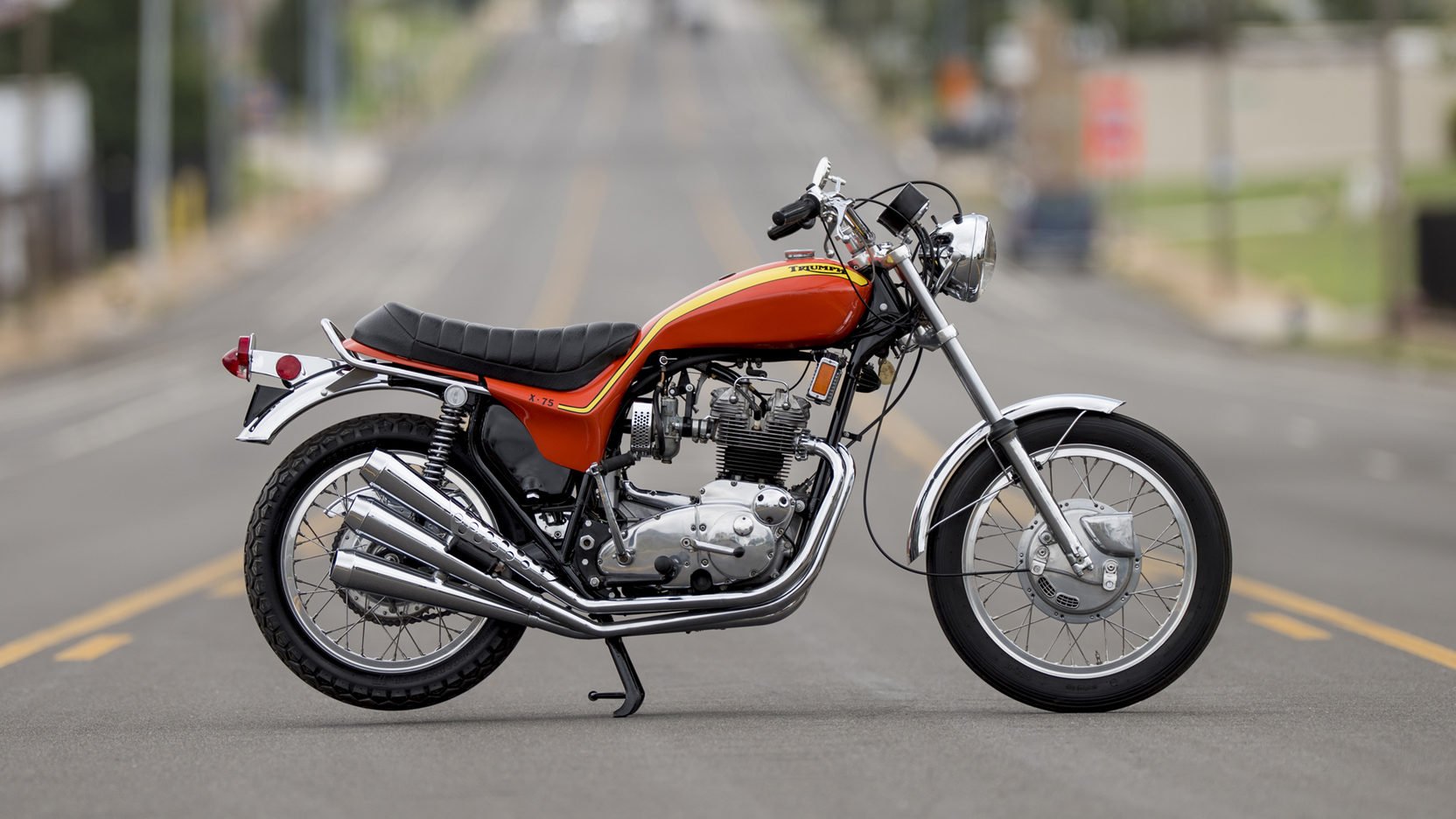