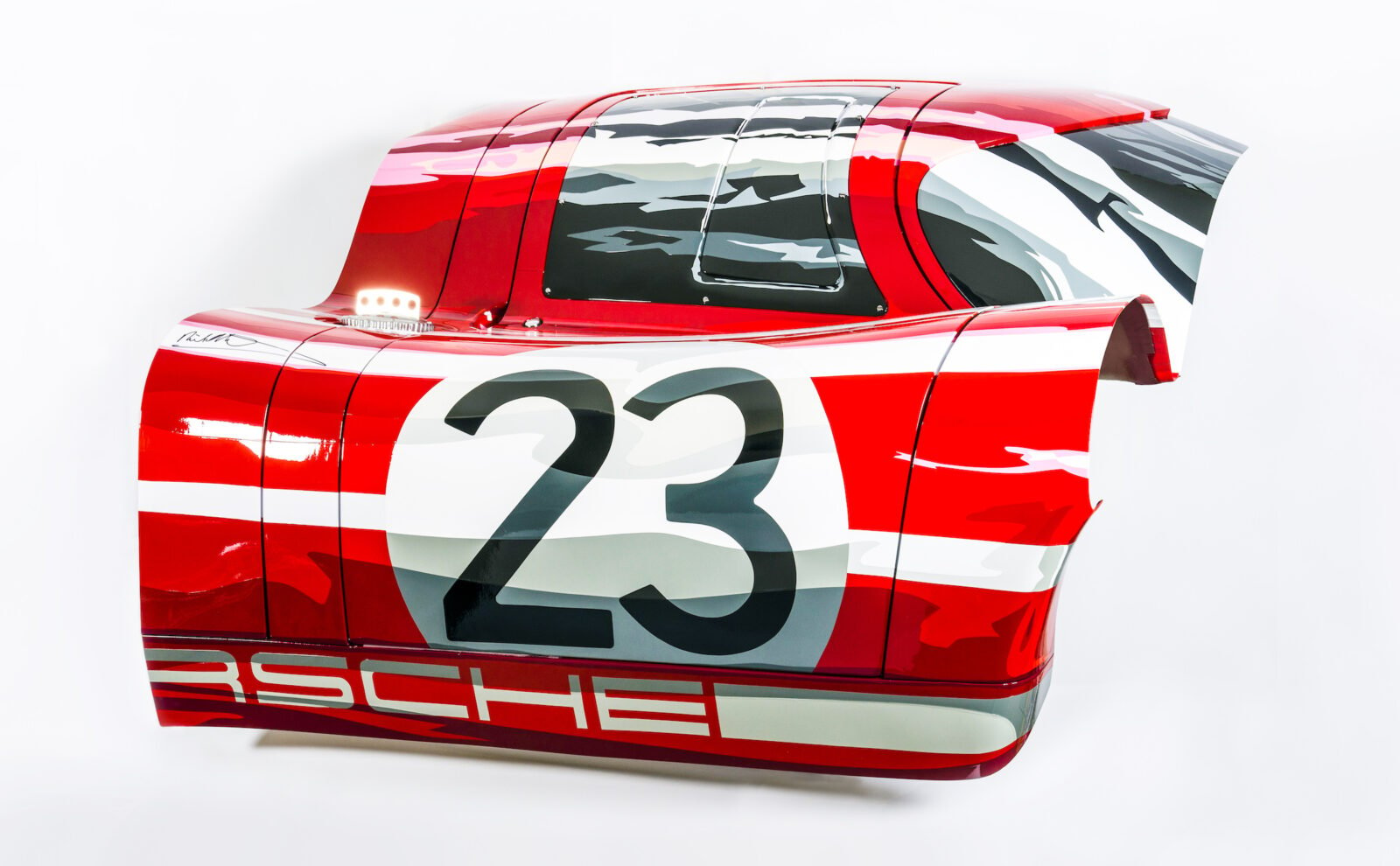 This Porsche 917 door is a unique piece of art by Joel Clark, each piece takes upward of 30 hours to complete, and its basis is a 1:1 scale 917 door made from fibreglass by Kraftwerkz Cars of Melbourne.

Clark began his career as a vinyl sticker maker for professional motor racing teams at Silverstone, arguably the most famous race track in Britain and the host of the British Formula 1 Grand Prix each year. In order to pursue his passion he went to art college followed by 15 years of professional work with some of the worlds top advertising agencies.

This series of works by Clark each require dozens of hours of painstaking work, cutting layer upon layer of vinyl to create the sweeping shapes and forms required to capture a fleeting moment in time, in this case a glimpse of a Porsche 917 as it battles its arch rivals on one of the world’s top race tracks.

There are few (if any) race cars that can match the list of wins and achievements of the 917, the model holds a special place in the heart of all motoring enthusiasts, and this piece by Clark does a remarkable job of capturing its essence.

If you’d like to see more of Joel Clark’s work or buy some for your own walls you can click the red button below to visit the store, and you can click here to visit his website. 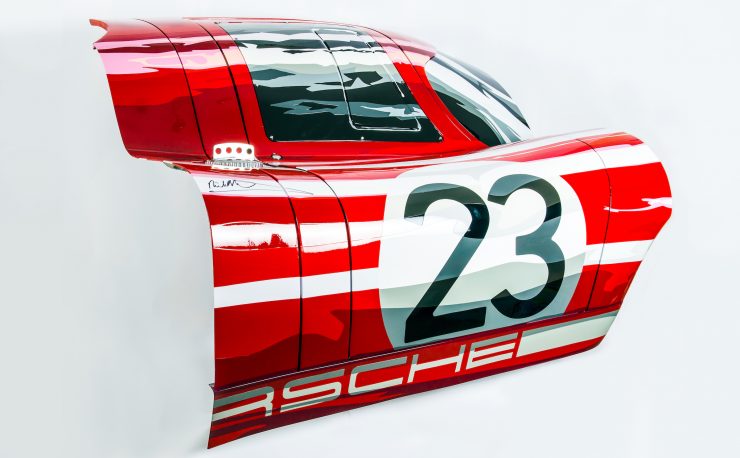