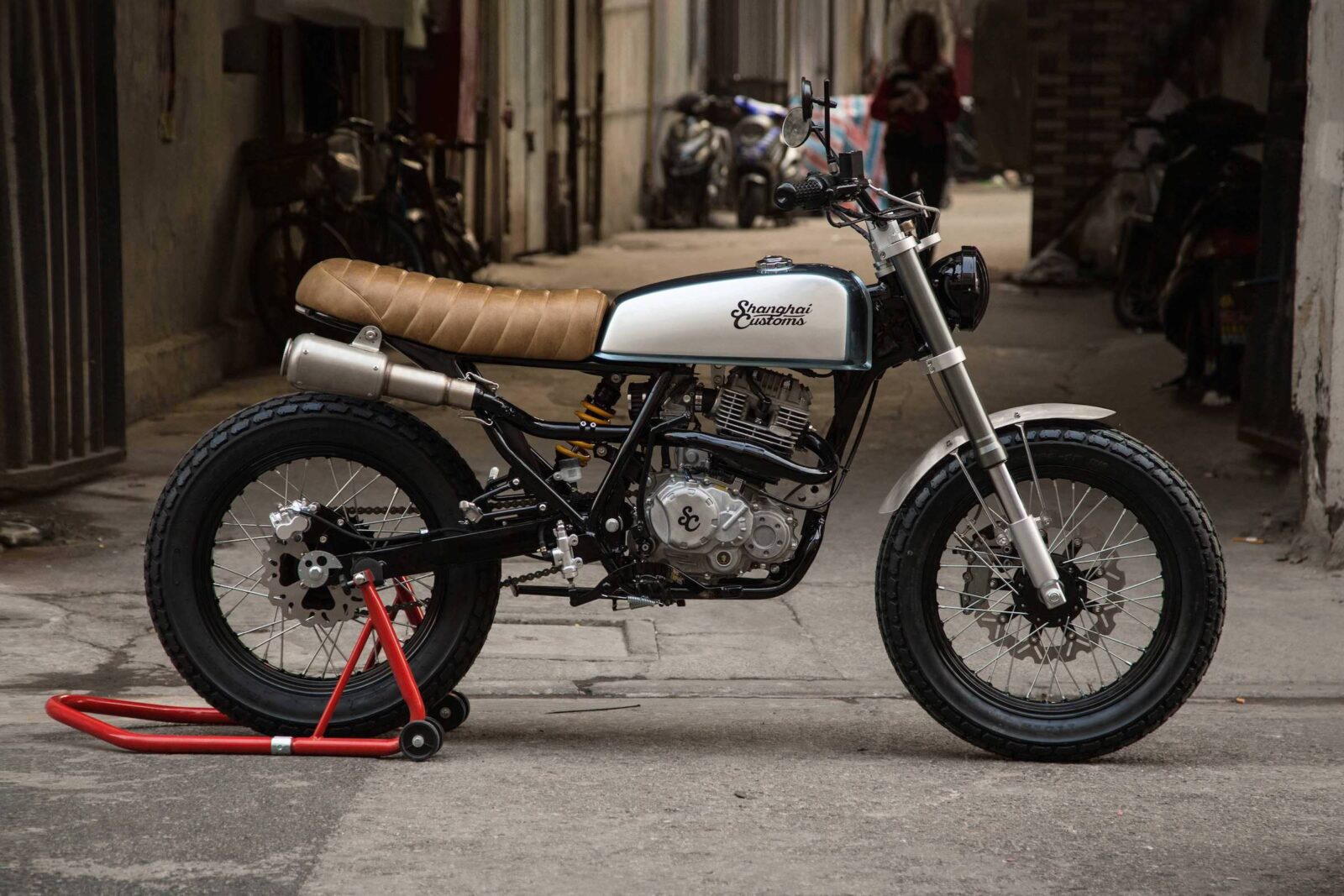 The Shanghai Customs Scrambler is likely to become the most affordable production Scrambler in the world when it goes on sale – with a estimated MSRP of between $2500 to $3000 USD.

Shanghai Customs first shot to stardom when their 100% electric Street Tracker was featured on Bike EXIF earlier this year – it was later featured across the web, garnering millions of views and significant interest both in Asia and around the world.

The team behind the Shanghai-based workshop are expatriates who launched the company in 2013 with a plan to sell customized motorcycles to residents in the city and around China. This plan quickly snowballed into building production motorcycles, handmade motorcycle parts, and a line of designer clothing.

Although the Scrambler is only being shown for the first time here – it was actually developed before the electric Street Tracker – but such was the interest around that design that this one got parked for a few months. 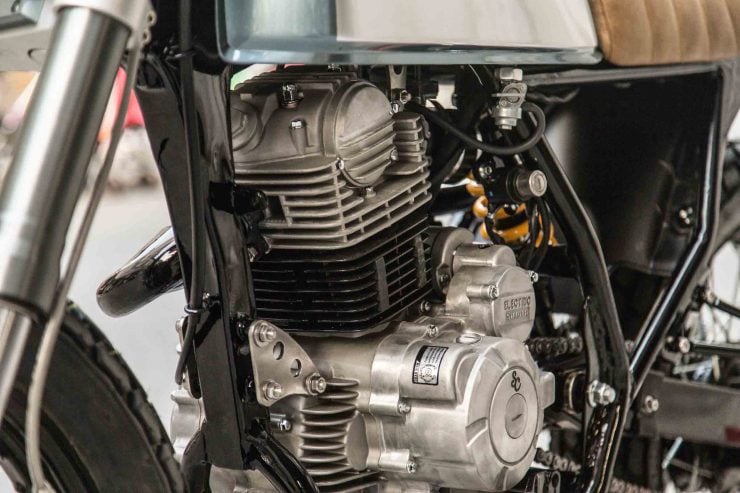 The Scrambler has now been finalized ready for public consumption – and the plan is to put it into full production in Shanghai for a global audience, particularly those who are buying their first motorcycle, or those who need a smaller-capacity bike for urban commuting.

There are two main designs for the Scrambler, the one you see here is the top of the line model with upside down forks up front, a monoshock rear, disc brakes front and back, and unmistakable scrambler styling. A slightly less expensive version with twin rear shock absorbers and a slightly lower specification is also planned.

Due to the sheer number of available motorcycle engines in China, Shanghai Customs are planning to offer a range of sizes from 150cc, to 250cc, 300cc, up to 450cc. All are air-cooled single cylinder motors except the 450 motor, with unit construction, a single overhead cam, 5-speed gearboxes, and either carburetors or fuel-injection.

The Yinxiang 300cc unit is fitted to the prototype Scrambler shown here – capable of 24 hp and 110 km/h, making it well-suited to city use.

The biggest concern for many people when considering Chinese-built motorcycles is quality. A concern shared by the team at Shanghai Customs who spent time carefully sourcing individual parts to ensure they could keep quality consistently high – particularly with drivetrain components. 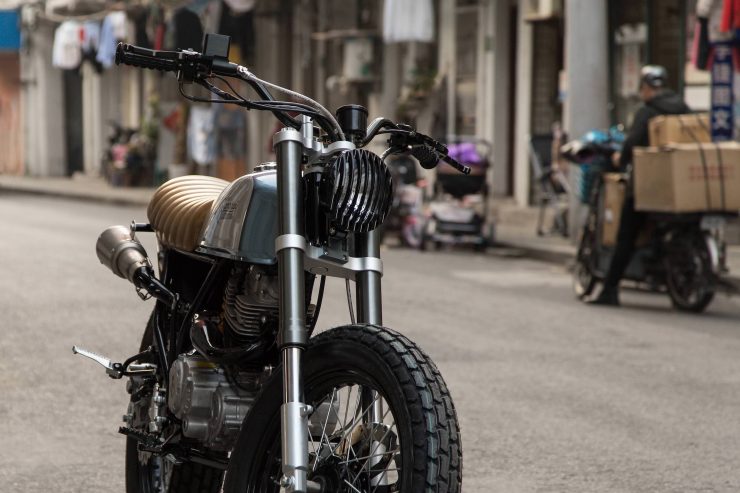 The steel 9.5 litre fuel tank has been designed to accommodate a fuel pump for the fuel injected version, and it’s paired with a traditionally-styled leather seat with ample padding for longer rides.

No scrambler is ever really complete until it has a high-exit exhaust, this one has a single pipe exiting out the right-hand side capped with a small muffler. The fenders are aluminium front and back, and the upside-down forks are mounted with billet alloy triple clamps.

The Shanghai Customs team is currently seeking investors for the Scrambler project, which will be built and sold alongside their electric Street Tracker. If you’d like to read more about the project or contact the team you can click here to visit the website. 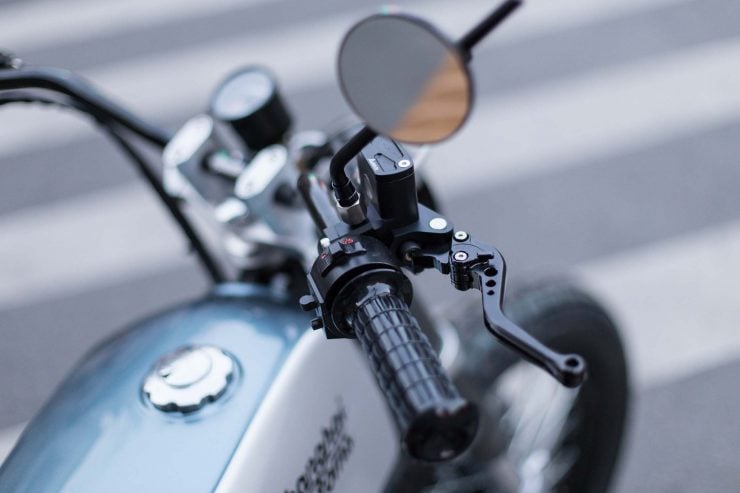 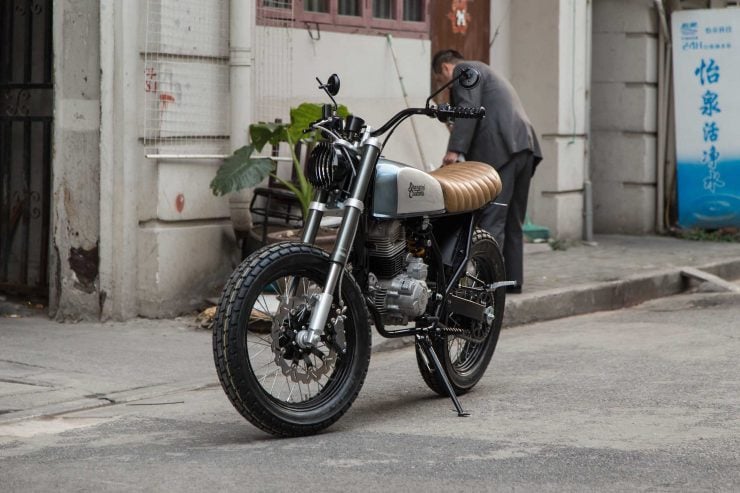 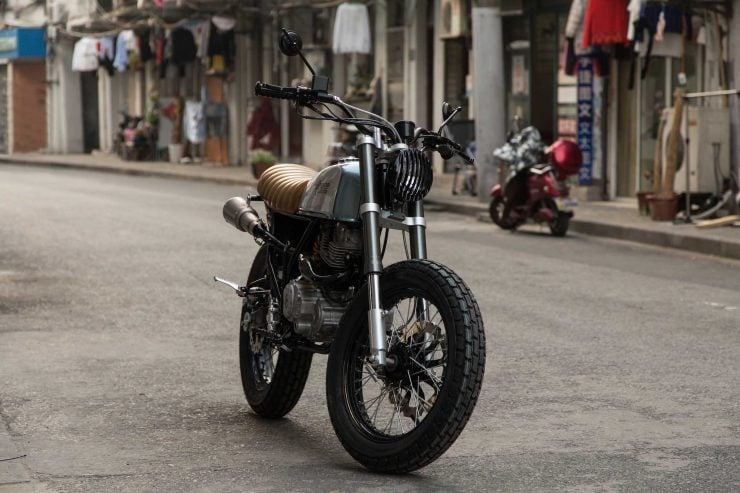 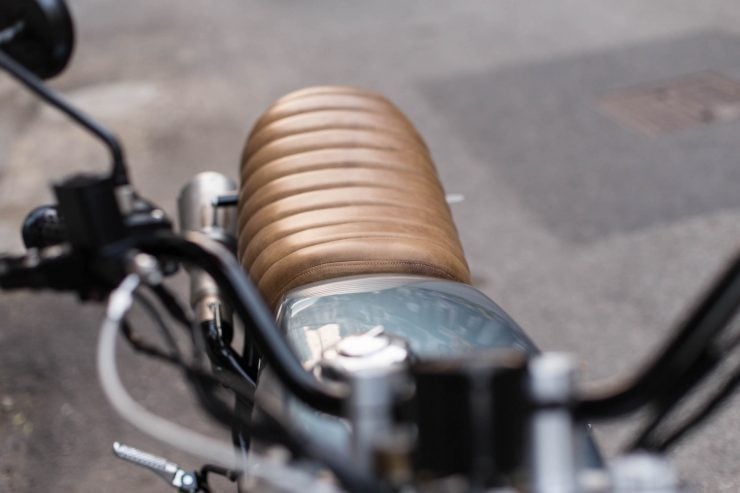 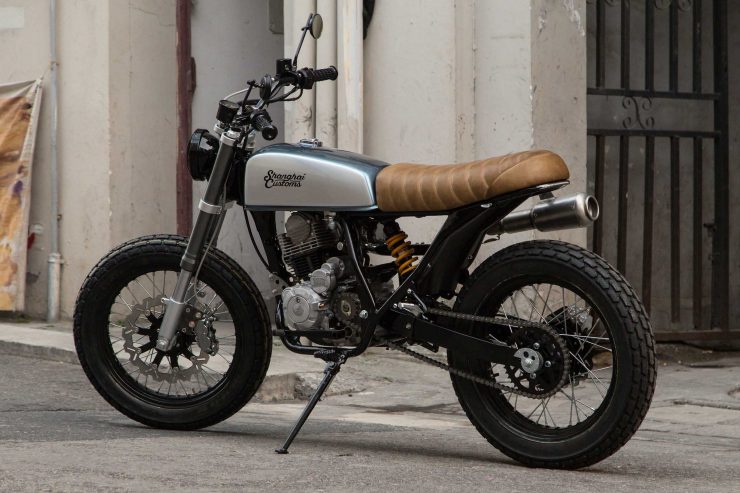 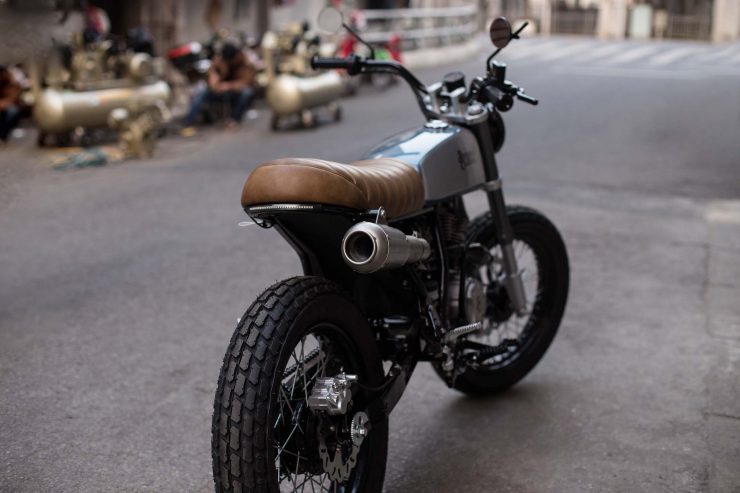 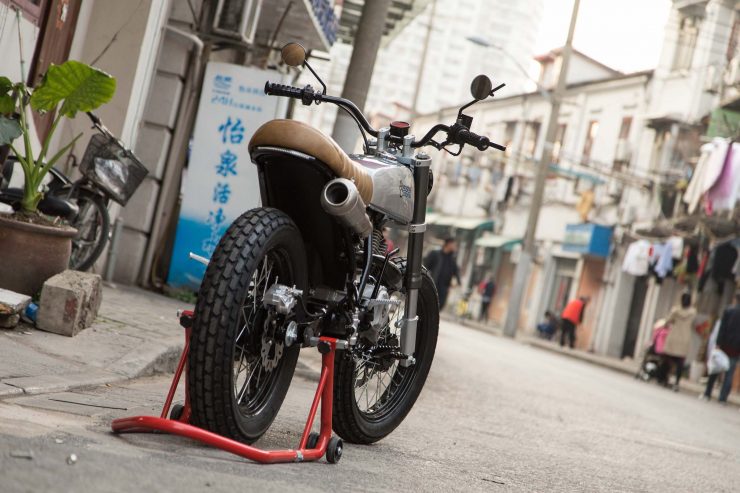 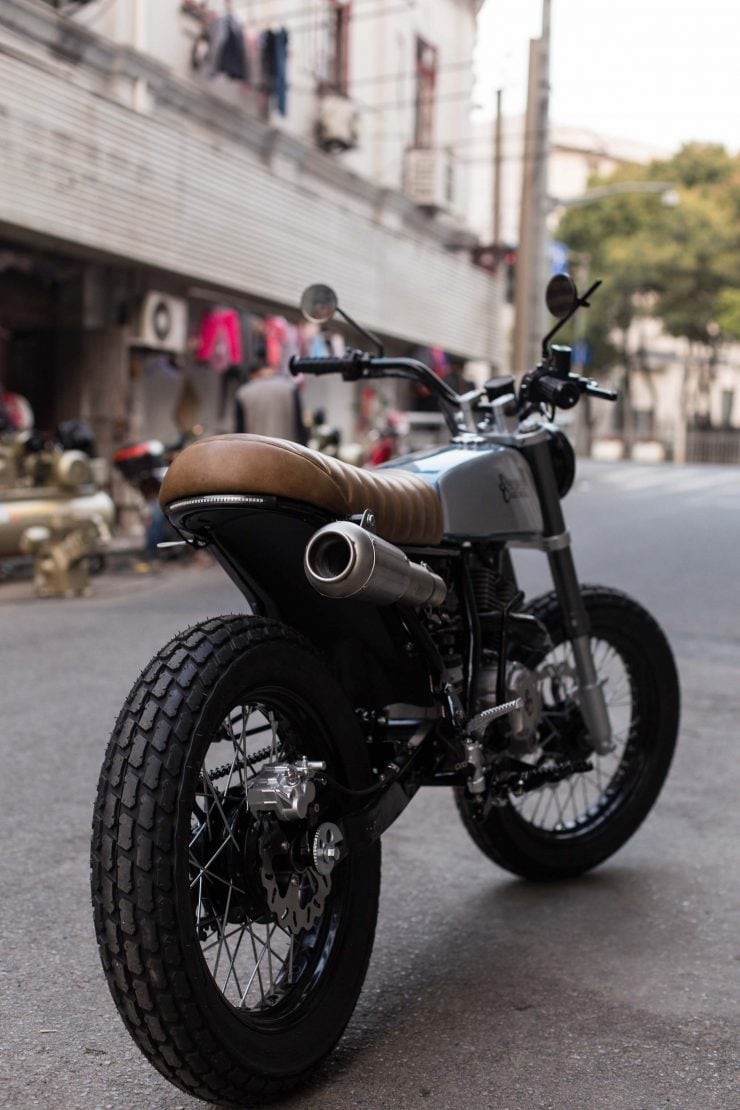 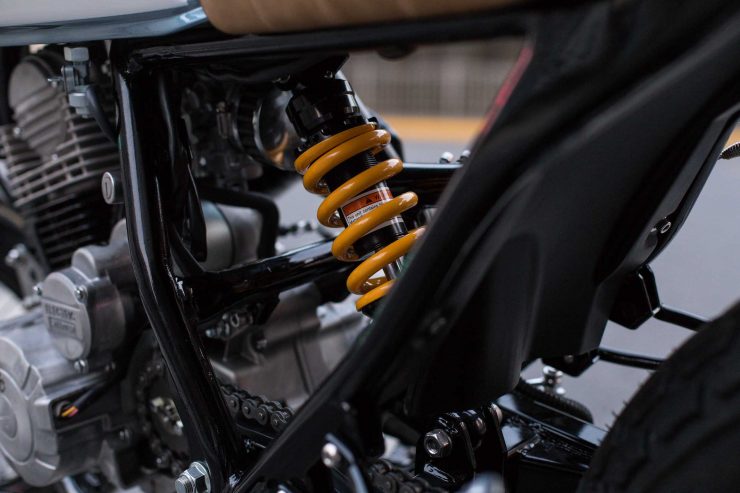 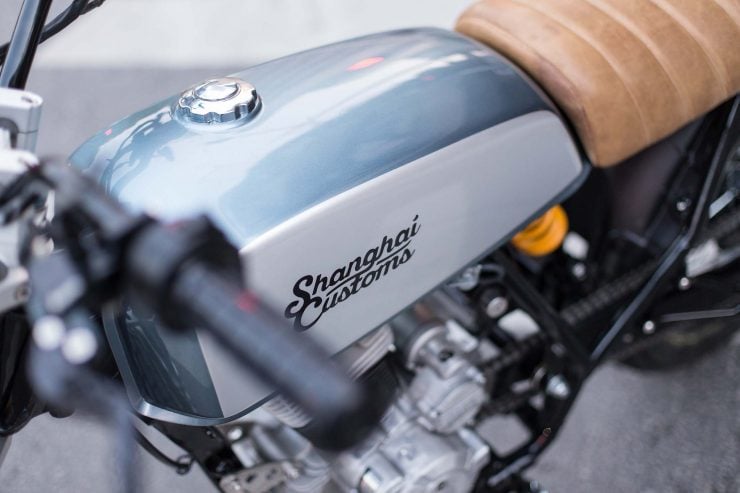 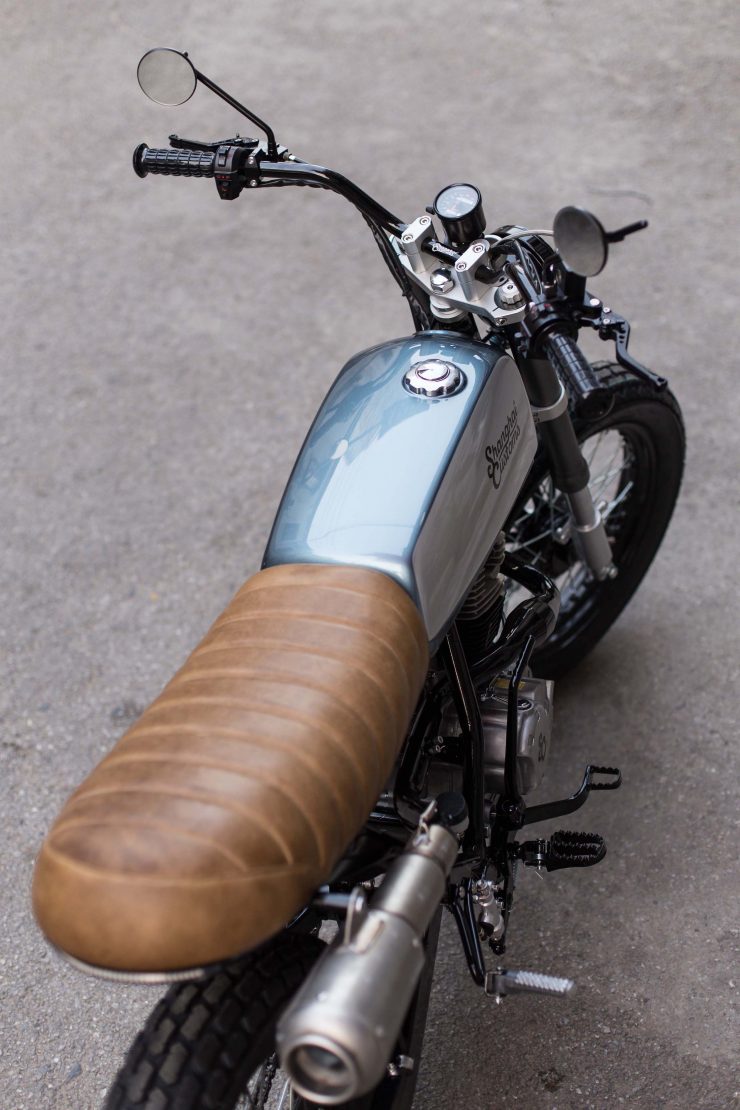 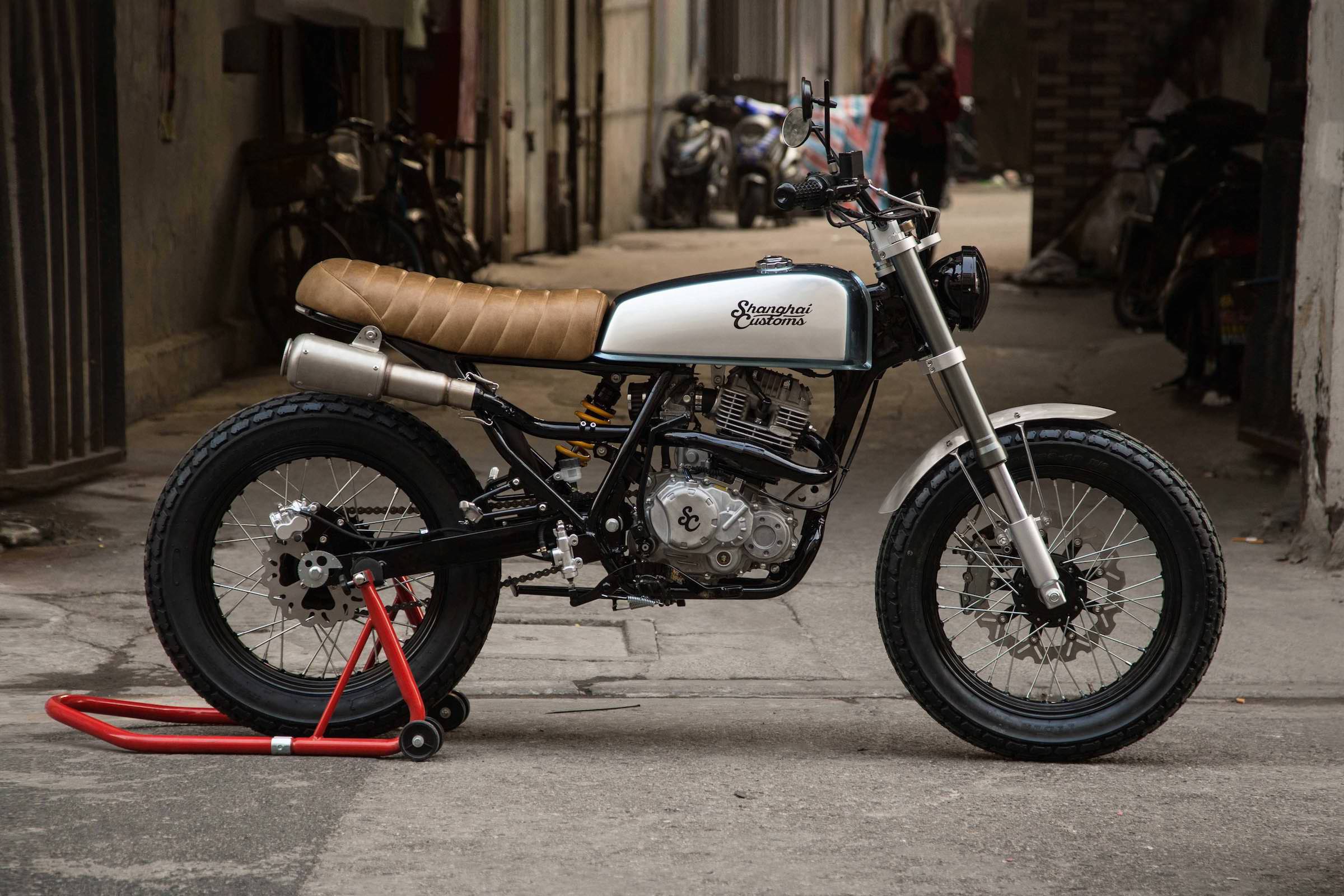