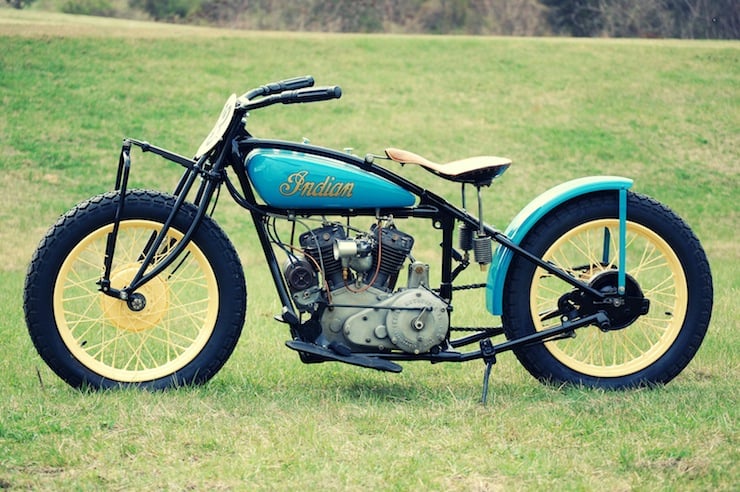 These 3 Indian 101 Scouts have been restored by Buck’s Indian Motorcycles in West Virginia, the specialist garage is run by the family restoration team of Buck, Steve, Justin, and Jared Rinkerhas. They have a habit of turning out some of the best looking vintage Indians in the world and these 3 bikes are great examples of their work.

The Indian 101 Scout was produced between 1928 and 1931, it was the successor to the previous Scout model that began production in 1920 but the 101 had been fully reworked from the ground up by Charles Franklin, the senior Indian engineer and former motorcycle racer responsible for the original Scout. The relatively short 4 year production run of the 101 Scout was due to the Great Depression hitting hard across America and forcing Indian to cut costs across it’s model line.

Indian dropped the production of the custom, lightweight racing frame used by the 101 Scout and instead started putting the Scout’s engine into the much larger and heavier Indian Chief frame. This led to a bike that was widely considered to be slow, cumbersome and sluggish – a far cry from the nimble, race track dominating form of the 101. 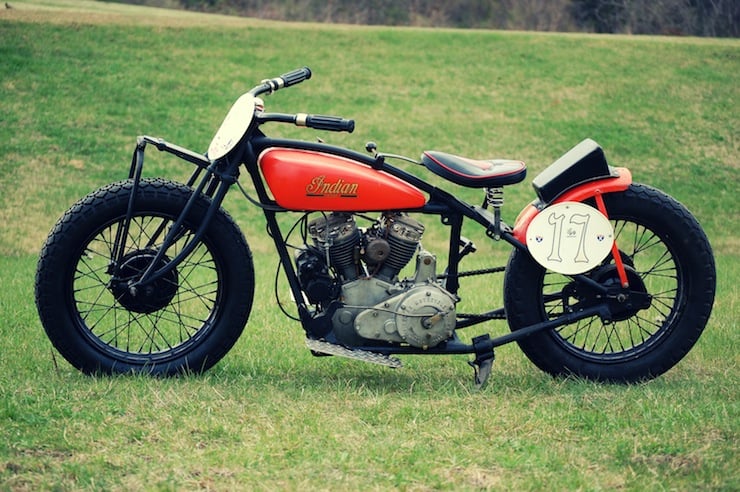 Interestingly, Indian 101 Scouts are still raced today in vintage flat track events across America and by daredevils inside the fairground attraction “The Wall of Death”, otherwise known as a “Silodrome”. There’s a large online club dedicated to the model that currently boasts over 400 members around the world, they’re a friendly bunch, they offer help and advice to each other and collaborate finding suppliers of spare parts and equipment.

The 101 Scout was advanced for it’s day, it was the first of the Scouts to use a front brake and it had a stiffer frame, better front-suspension, better steering geometry, an increased fork rake, a quite low 26-inch seat height and a slightly increased wheelbase. Many 101 owners still race their bikes every weekend around dirt ovals often embarrasing young whipper-snappers on far more modern machinery.

It’s a shame that the production run on the 101 was so short, it means that there aren’t that many of them around anymore and the ones that are still alive and kicking tend to change hands for handsome sums of money. If you’d like to enquire about picking one up for the collection, click the link here to contact Buck and see what he can do for you. 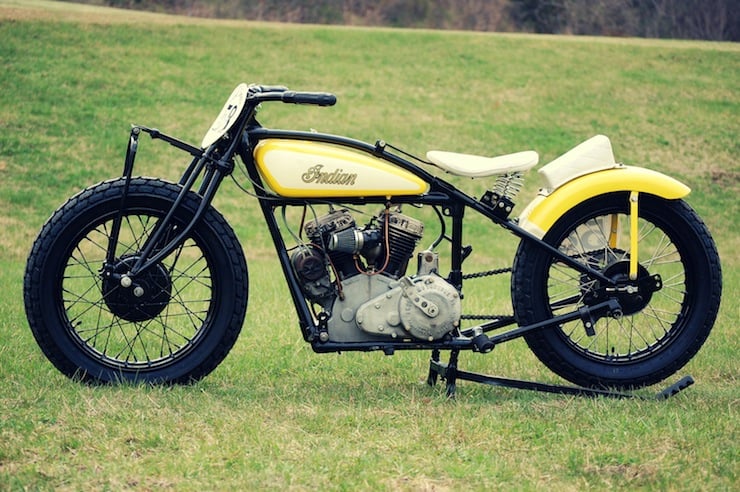