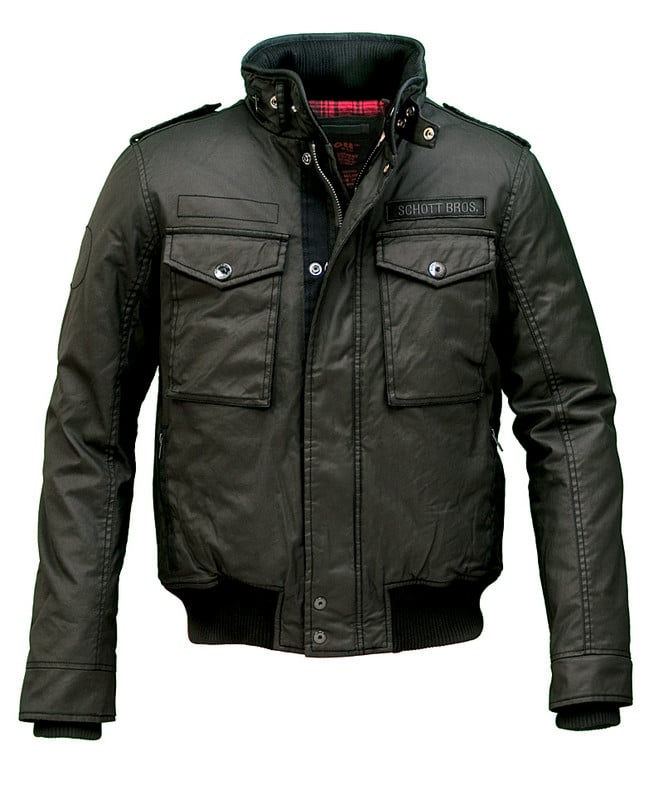 Schott is a NYC based clothing company with a habit of producing some of the most iconic jackets in the world, this is their Waxed Security Jacket and it’s one of the more handsome waxed cotton jackets you’ll find anywhere on the web.

The jacket’s exterior is made from heavy duty waxed cotton with a twill lining, it has storm cuffs, a hood hidden in the vertical collar, 4 exterior pockets and 2 interior pockets. It has the look of a jacket that’ll age gracefully and acquire character with time – as most waxed cotton jackets do.

Whilst on the Schott website I had a look at the reviews and felt that this one was worth sharing;

“Okay, so the jacket looks cool as hell, but you can see that in the picture. What you can’t see is how damn cozy it is. It’s like being cradled by a nurturing mother bear in front of a roaring fire in a Canadian hunting lodge. It’s the kind of jacket that makes you want to go out in the cold just to rub your toasty upper body in Mother Nature’s face. I’m thinking about moving to Yakutsk, Russia (the coldest city in the world) so there’s never a day too warm to don my Schott.” – Will Hunt –