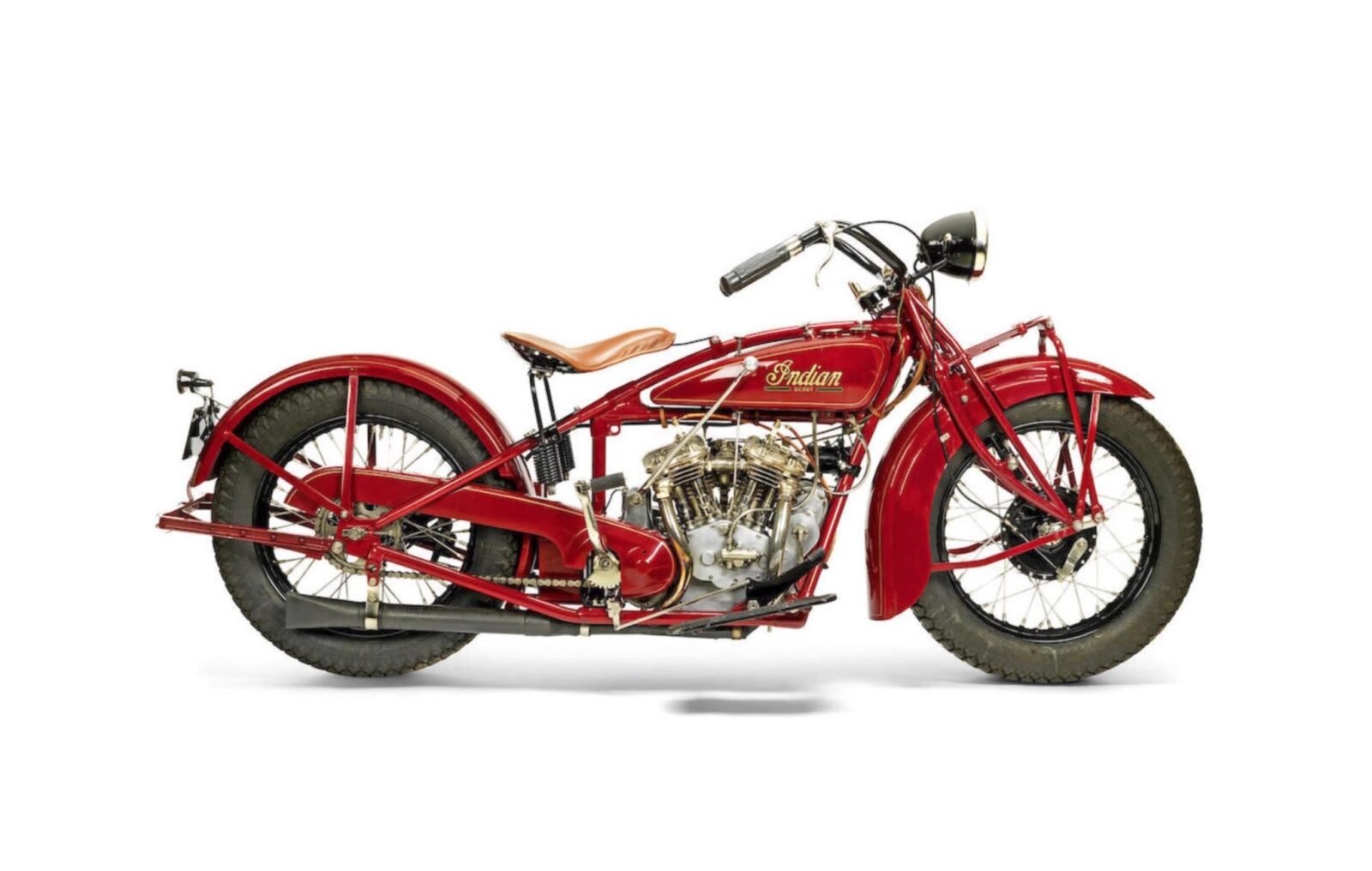 The Indian 101 Scout is remembered by many as the greatest motorcycle that Indian ever made. It was developed by Charles B. Franklin – an Irish-born American immigrant who had also designed the previous Scout, and who earlier in his career had been part of the Indian Motorcycle racing team that won 1st, 2nd, and 3rd place in the 1911 Isle of Man Tourist Trophy – finishing in 2nd place himself.

When Charles designed the 101 Scout he incorporated much of his own racing experience, resulting in a lower seat height, increased rake and a slightly longer wheelbase. Typically the new Indian Scout 101 was fitted with the newer 45 cubic inch (740cc) flat-head V-twin engine, but it could also be ordered with the same 37 cubic inch (610cc) engine from the previous Scout model – although this was rather uncommon.

Rather than using a more traditional chain primary drive, the 101 used a helical gear primary to improve reliability and reduce maintenance requirements. This coupled with the new lower centre of gravity, larger engine and improved handling of Indian’s new Scout saw it rapidly become the most successful racing motorcycle in the USA at the time.

Both amateur and professional racers modified their Indians to race on early flat tracks, road races, hill climbs, cross country races and in sideshow attractions like the Wall of Death. To this day, almost 100 years after the first 101 Scout was made, the model is still a common sight in the surviving Wall of Death shows – a testament to the toughness of the original design.

The Scout you see here has been through a full restoration to original specification, it’s currently road registered in the UK and will be available at the upcoming Les Grandes Marques du Monde au Grand Palais Auction due to be held by Bonhams on the 4th of February. The estimated value is between €16,500 and €20,500, and you can click here if you’d like to read more or register to bid. 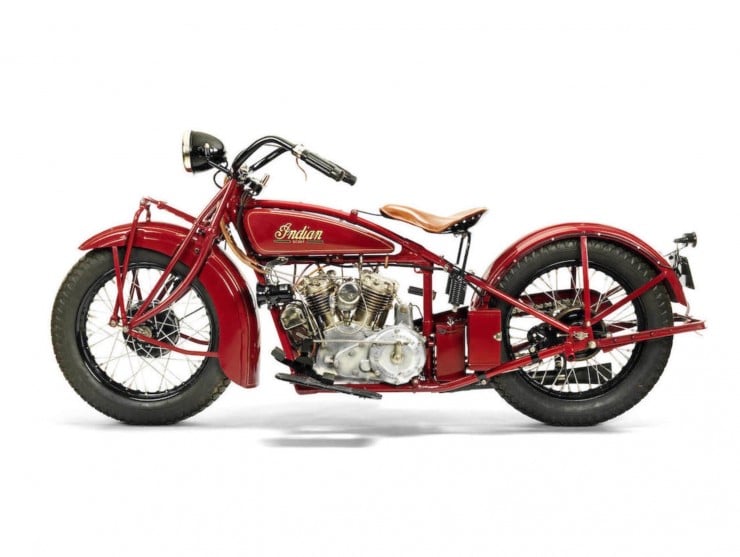 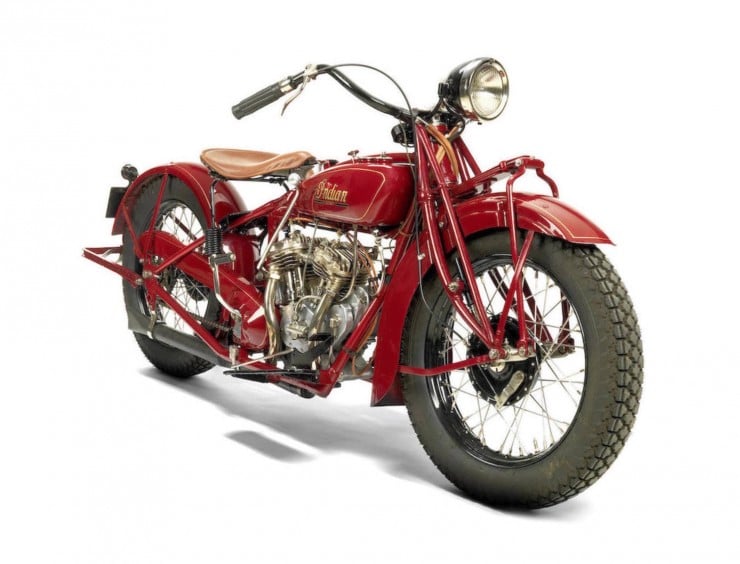 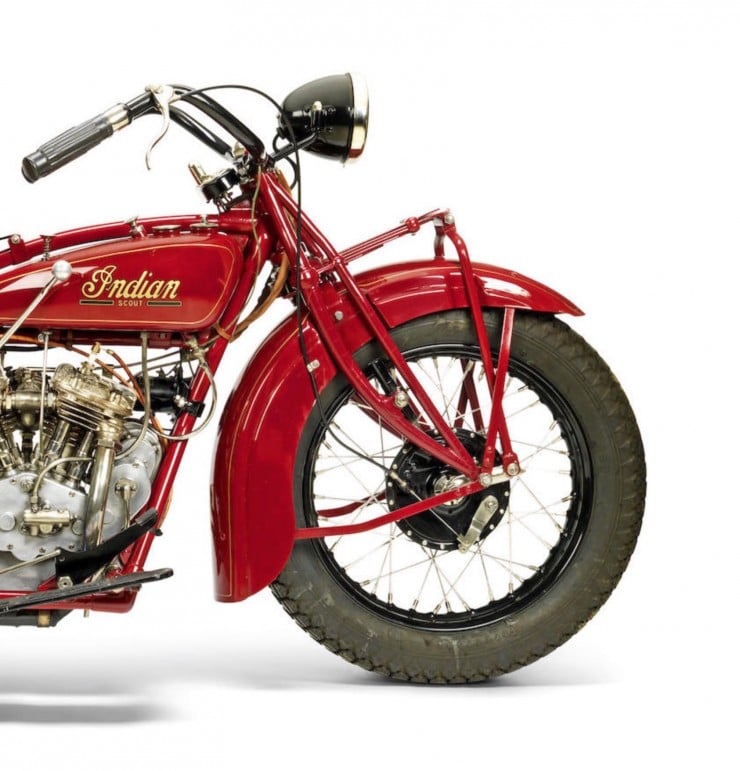 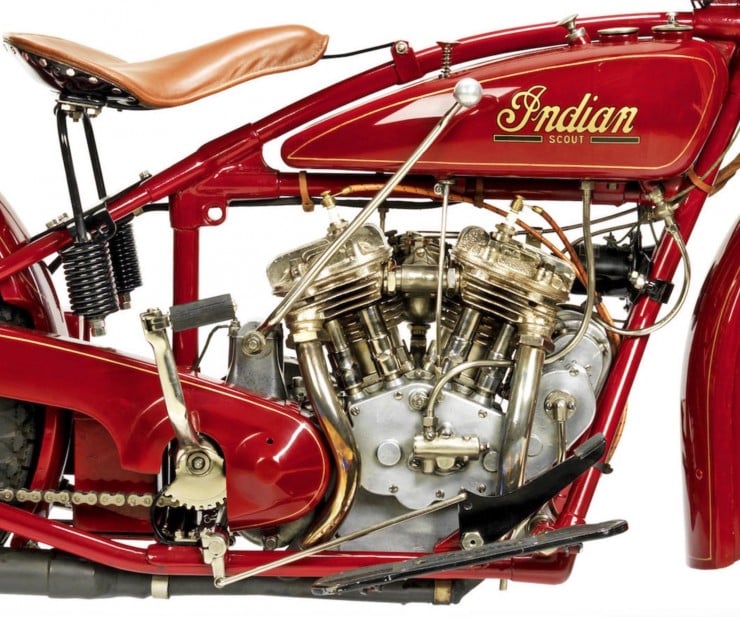 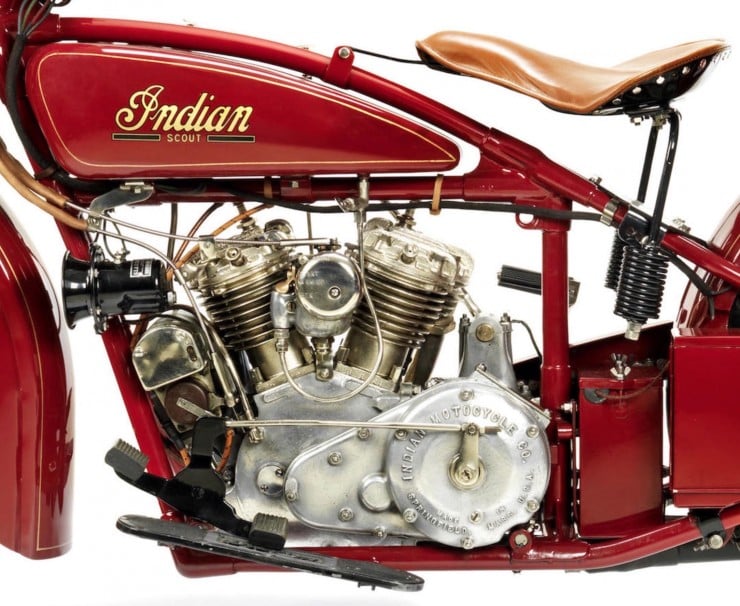 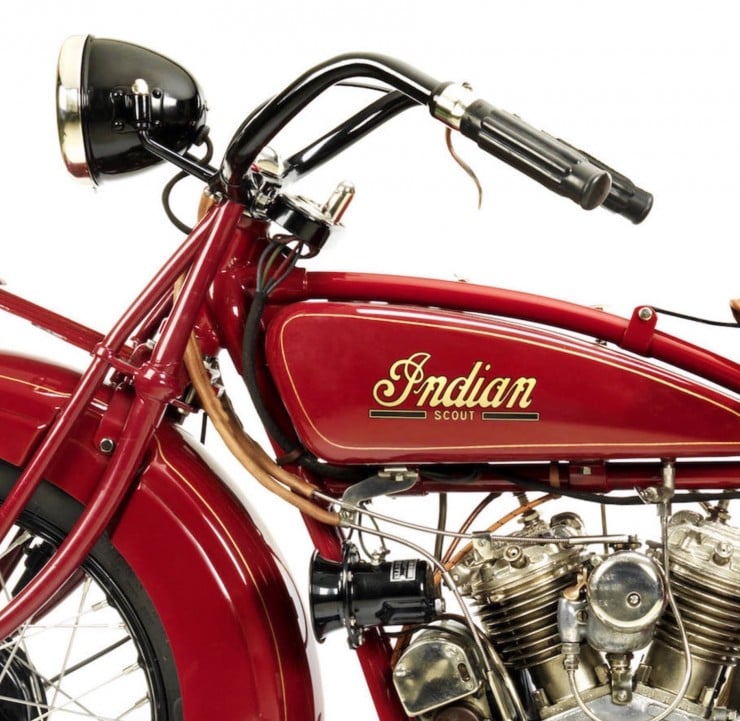 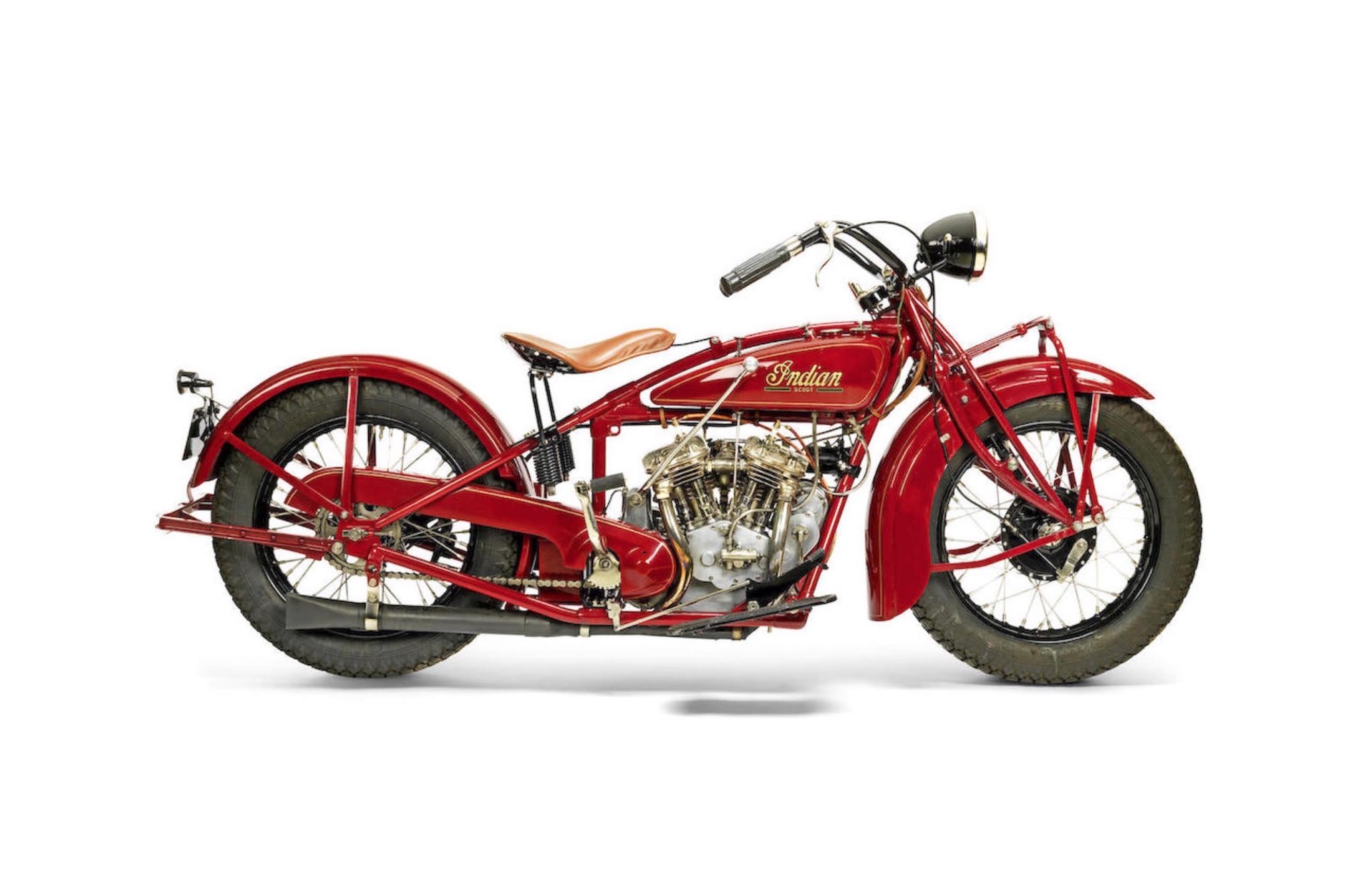