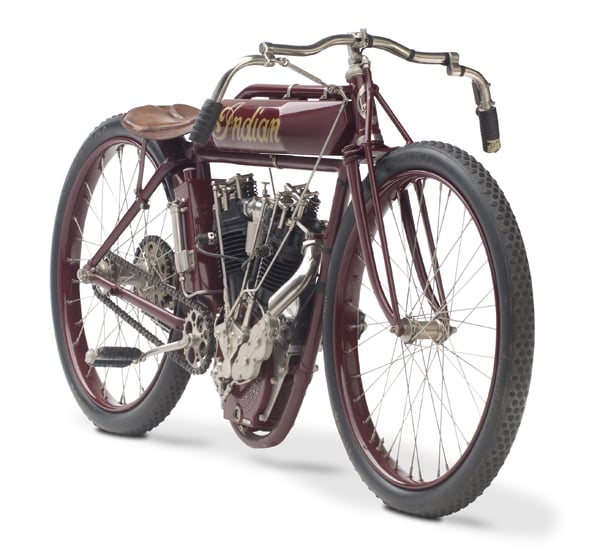 Early racing motorcycles like this 1912 Indian Factory Board Track Racer exemplify a minimalist, bare necessities racing philosophy that you just can’t help but love. This particular Indian is fitted with an overhead 8-valve 61 cubic inch v-twin with a Bosch magneto, a Hendee carburettor, 28 inch wheels, no brakes and no throttle. Speed was controlled by turning the magneto on or off with a button on the handlebars and if you wanted to stop, you put your feet down.

The first motorcycle races were held on bicycle velodromes, these velodromes were eventually purpose built for board trackers and grew exponentially in size. Indian Motorcycles were the first to open their own home town, wooden plank motordrome in Springfield, this provided them with their own test track and their works rider Jake DeRosier became one of the very first motorcycle racing superstars around its bends.