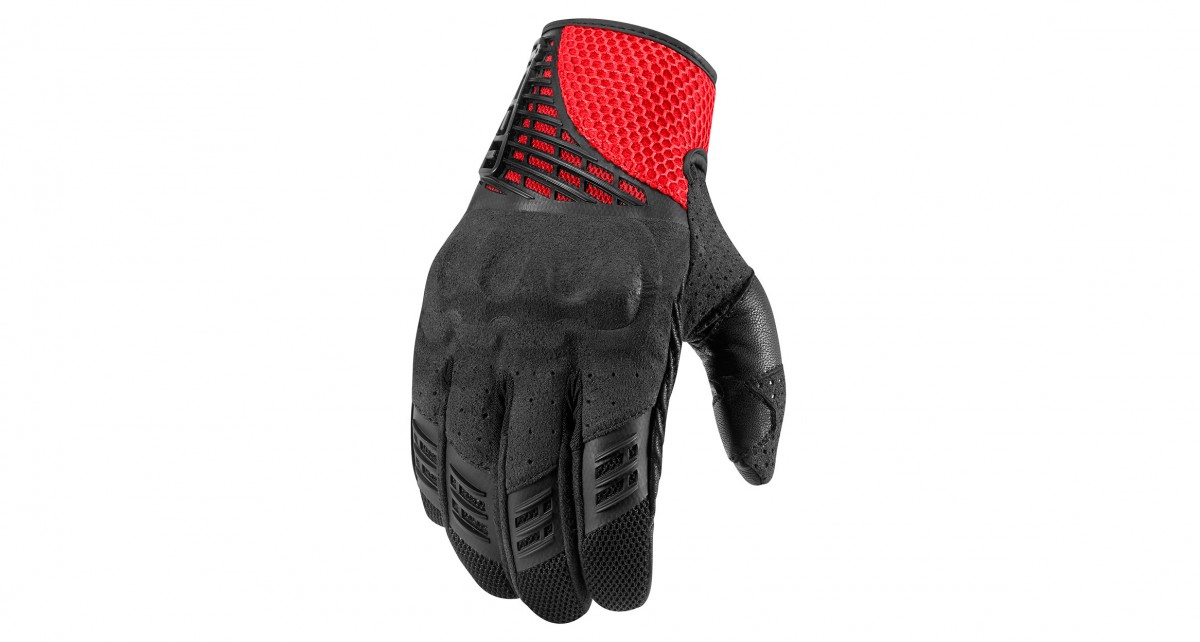 These are the all-new Sanctuary Gloves by Icon, they were officially released last week along with a slew of new products from the Portland-based motorcycle gear manufacturer. The Sanctuary Glove is a spring/summer/autumn glove with a full goat leather palm, offering extreme abrasion resistance with a lighter-weight than cowhide.

The back section of the glove is made from a unit fused combination of materials with armour running across the knuckles and a man-made suede across the top. The Sanctuary Glove is being offered in a range of different colours including the red/black and black/black versions you see here, it’s designed to work perfectly with the new Sanctuary Jacket, but of course it’ll work just fine with any jacket you normally wear. 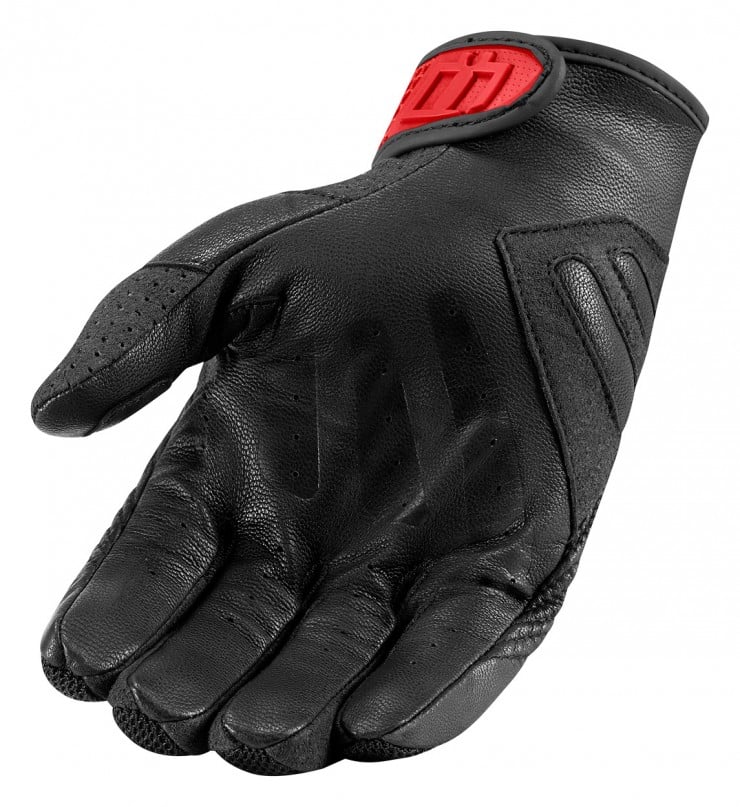 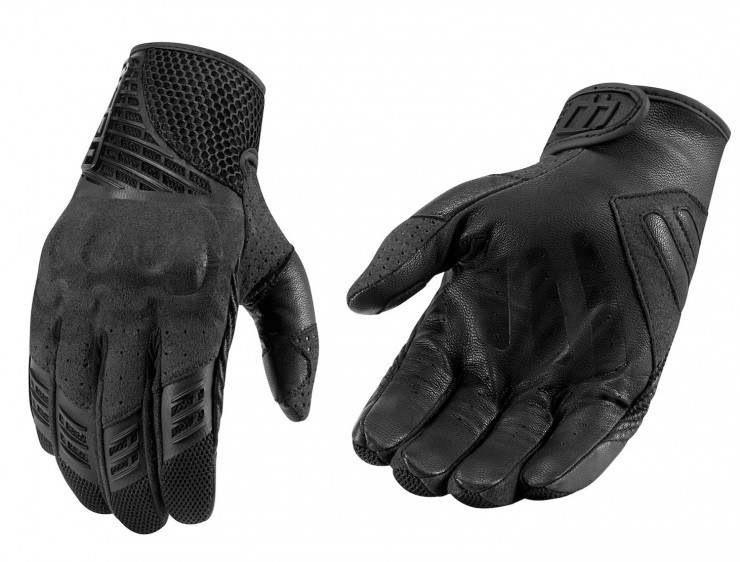