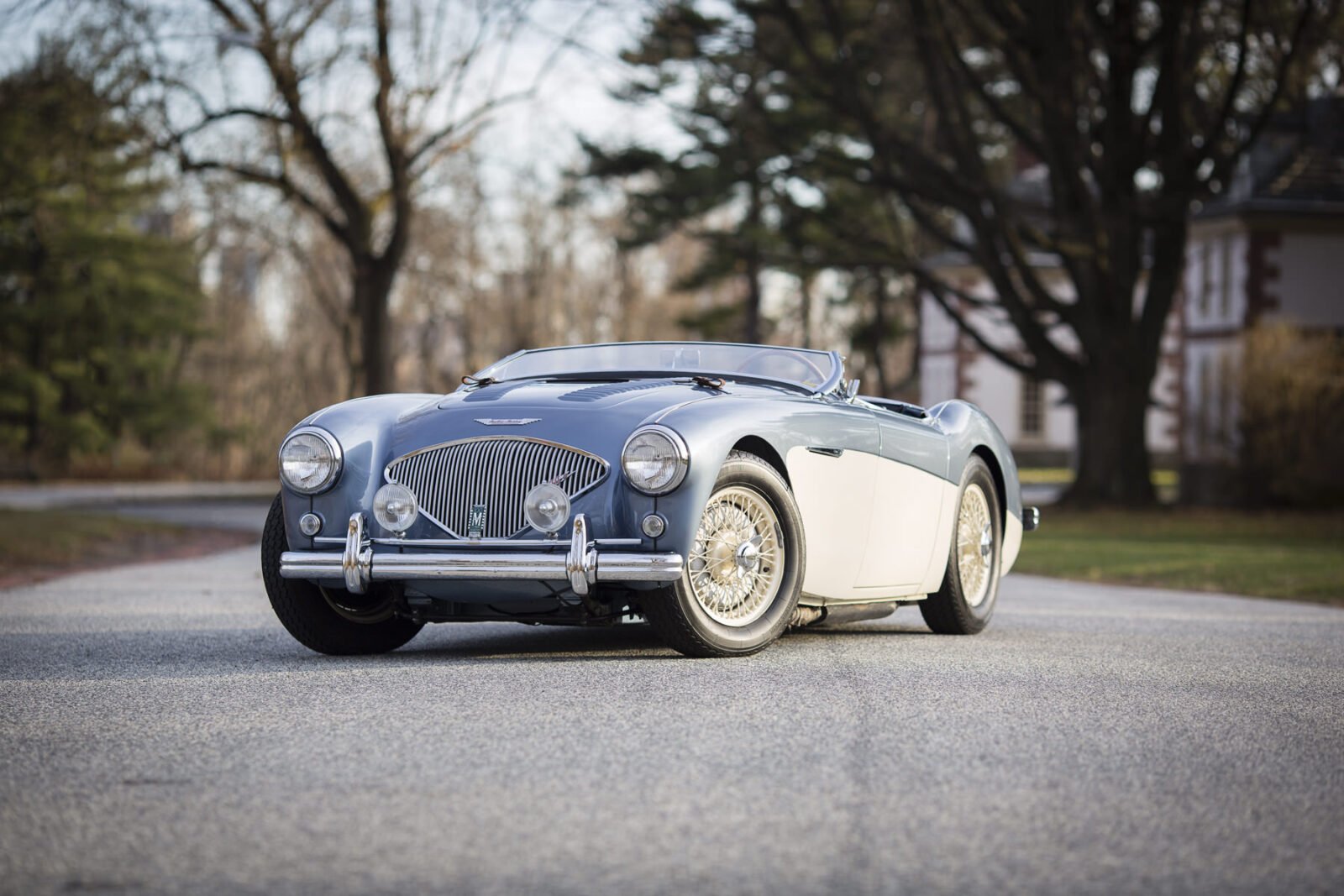 The Austin-Healey 100M is a car that occupies a place very high on the acquisition list for any serious vintage car collector, only 640 100Ms were made between September the 5th 1955 and July the 16th 1956 – these original Healeys are now amongst the most sought after post-war British cars in existence.

The “M” in the model name is a reference to Le Mans, the iconic circuit and 24 hour race that’s been running since 1923. Donald Healey entered the first Austin-Healey 100s into the race in 1953, less than a year after the model had first been shown to much public interest at the Earls Court Motorshow in 1952.

Fitted with a 2660cc OHV inline 4-cylinder engine fed by dual SU H6 sidedraft carburettors the Austin-Healey 100M developed 110bhp at the crank – an astonishing figure for the era. In order to maximise handling potential it was fitted with independent front suspension with coil springs and a live rear axle with semi-elliptical leaf springs at the rear, 4-wheel hydraulic drums brakes sit at each corner and the 100Ms windscreen slides down to reduce drag on the long Le Mans straight.

With an estimated hammer price of $175,000 to $225,000 the car you see here is due to pass across the auction block with Gooding & Co. at the Amelia Island Auction on the 7th of March 2014. As this car is a matching-numbers example presented in immaculate, show winning condition, I suspect it may fetch just a little bit more than that when the gavel falls.

Click here to visit Gooding & Co. to read more about this car. 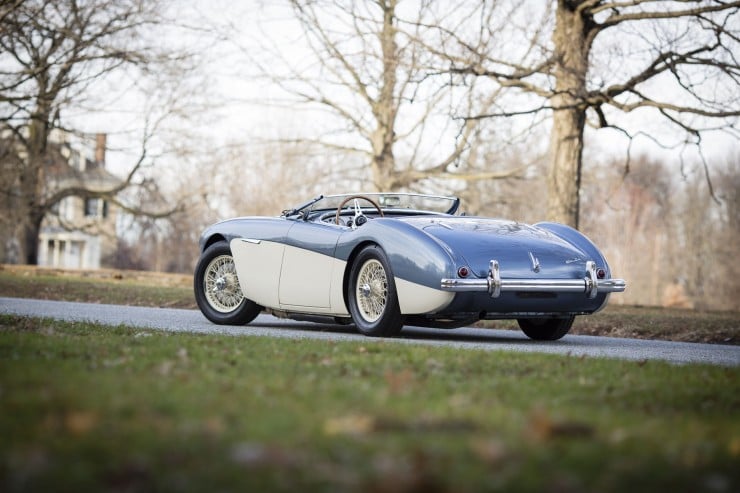 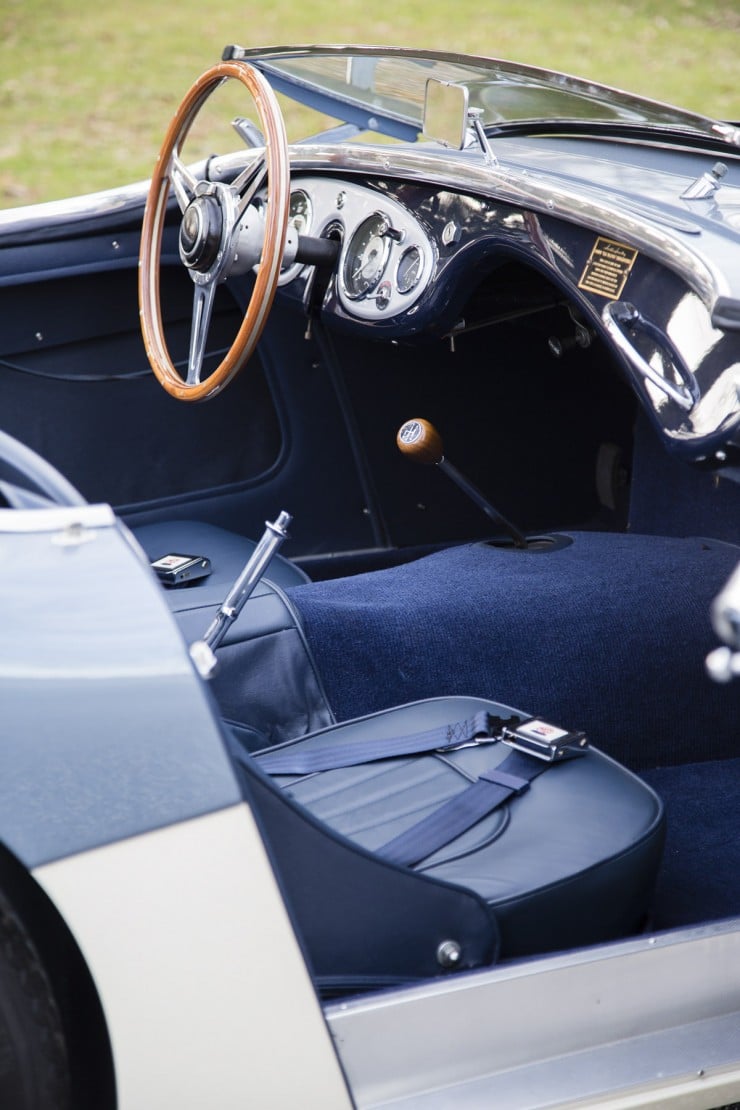 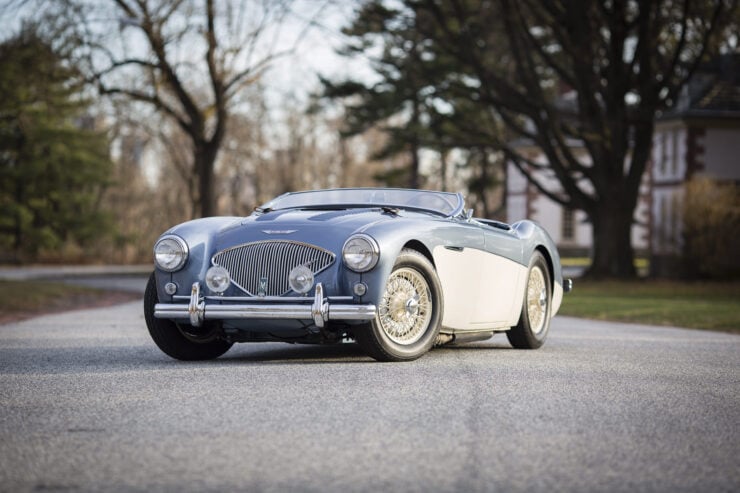 All images copyright and courtesy of Gooding & Company. Photos by Chip Riegel. 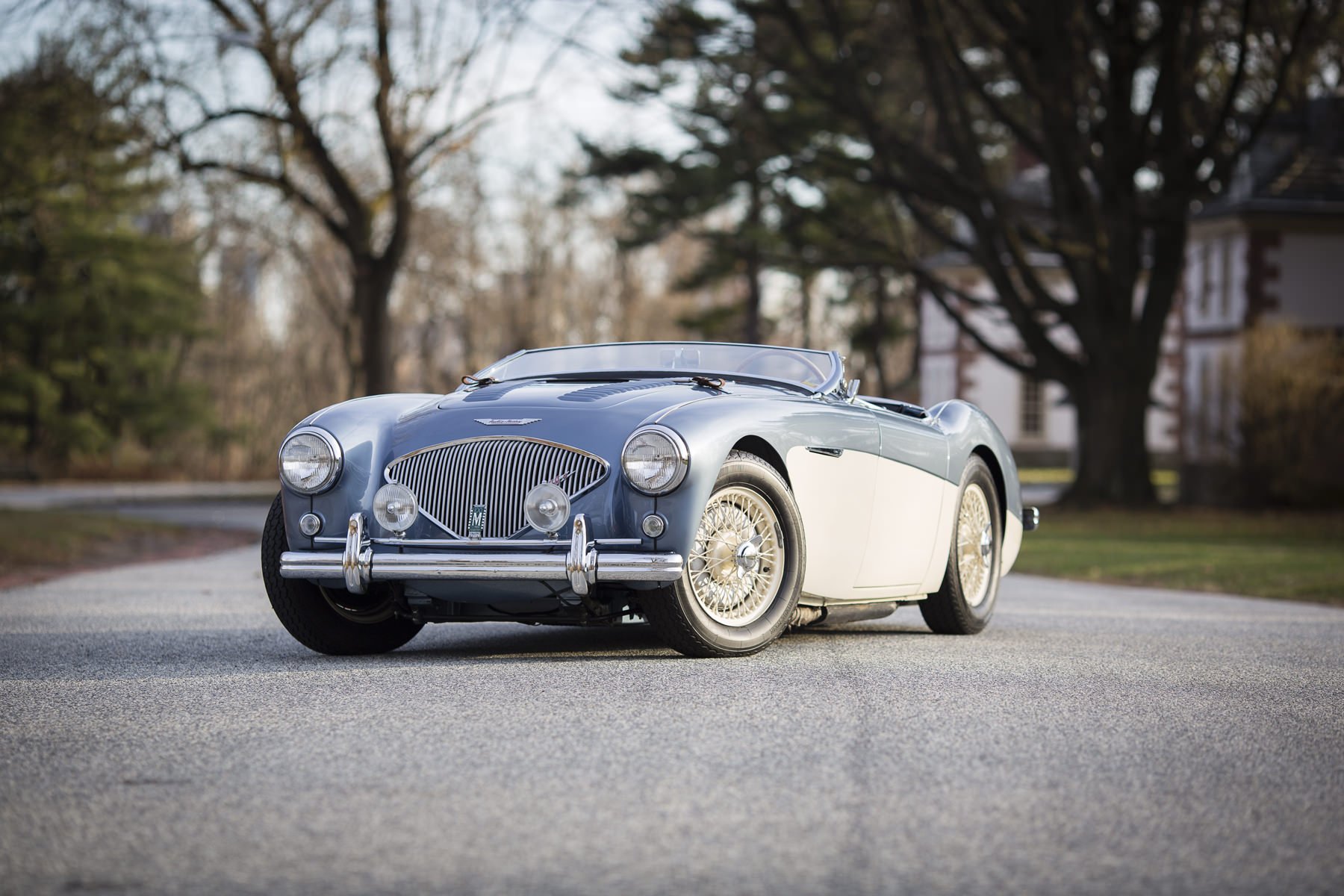