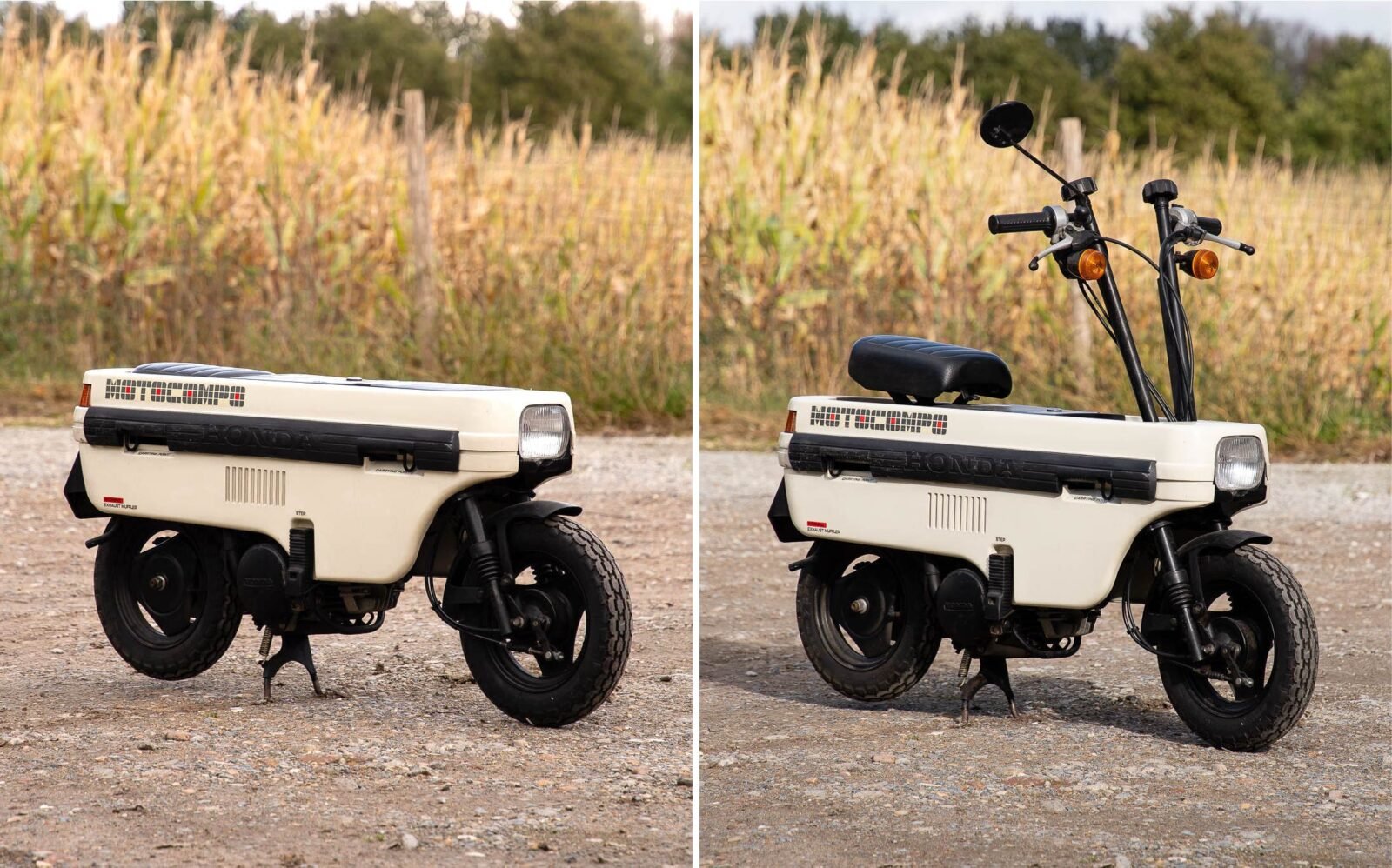 The Honda Motocompo was unveiled in 1981 as a mini folding scooter that was designed to fit neatly into the trunk of your car. In fact the trunk of the Honda City compact car was specifically designed to accommodate the Motocompo in its folded down configuration.

Although there were many folding scooter designs that came before the Honda Motocompo, the Motocompo was the first to have been invented to accompany a specific car. The premise being that you could drive your car to the outskirts of a city, park it, climb into your scooter and use that for navigating in town.

A New Kind Of Folding Scooter

When the Motocompo was released in 1981 folding scooters are nothing new, one of the earliest examples was the British Welbike. It was a folding scooter invented during WWII that could be slid into a cylinder and parachute dropped into occupied Europe to provide transport for troops.

Above Video: English Ska band “Madness” were hired to create a music video for the Honda Motocompo in 1981 in order to help promote the bike.

A surprising number of folding motor scooters have been marketed over the years, dating all the way back to the First World War, however none have come closer to rivaling the popularity of the quintessentially Japanese Motocompo.

The 1980s were a time when designers around the world were questioning the nature of modern mobility, it was a decade that saw the appearance of the Sinclair C5 and the Motocompo on one hand, and the Ferrari F40 and Porsche 959 on the other.

Honda’s intention with the Motocompo was to offer it for sale either as a package with the Honda City compact car, or on its own for those who just wanted a scooter they could fit in their trunk.

As mentioned above, the plan was to offer a new two-tier mobility system for people in Japan and in other urban environments around the world. People could drive their car to near where they wanted to go, then ride the rest of the way on the scooter – bypassing traffic jams and enjoying vastly simplified parking.

Honda had initially estimated that they would sell upwards of 10,000 Motocompos and 8,000 Honda Cities each month however actual Motocompo production fell well short of this. By the end of production in 1983 53,000 had been sold, working out to approximately 1,500 per month on average. 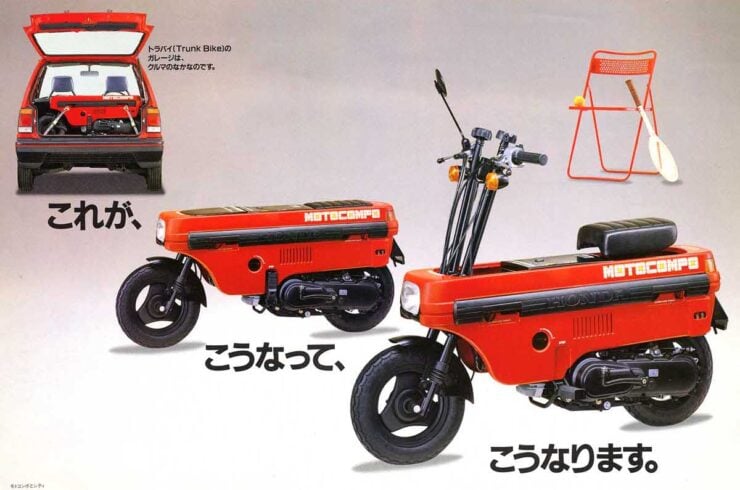 The handlebars, seat, and foot pegs can be quickly folded in allowing the Motocompo to fit into most automobile trunks, the Honda City trunk was specifically designed to fit it and the two vehicles could be bought as a pair.

The retro-80s design combined with the inherent usefulness of the Motocompo has led to the little scooter becoming a bonafide cult classic in recent years, and they’re always wildly popular the they appear at shows like Radwood.

The Motocompo shown here is a 1982 model from the middle of the production run and it is finished in Shetland White.

This Motocompo has never been recommissioned and it presents in good original condition throughout. Bidding with Bonhams is due to close on the 29th of November, and bids are now being taken live online. 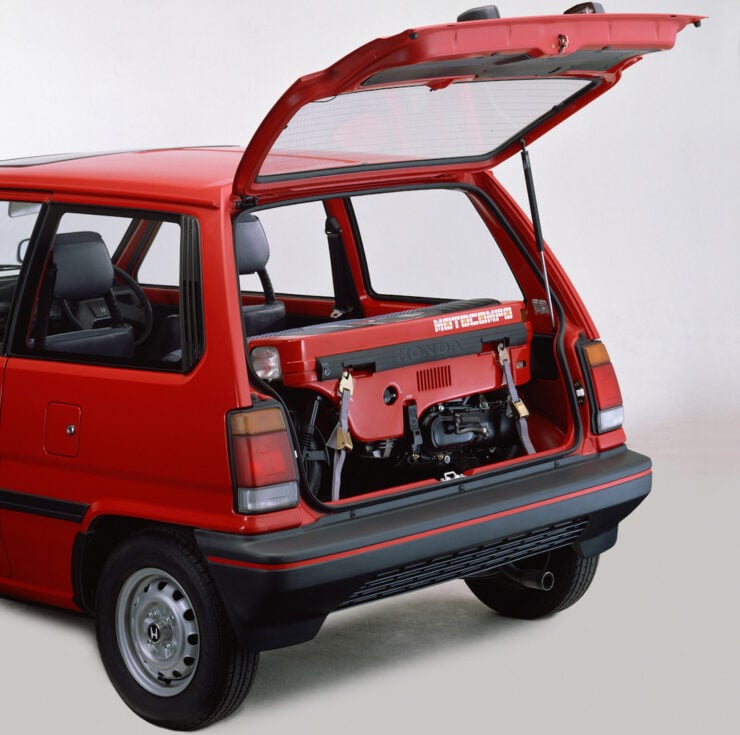 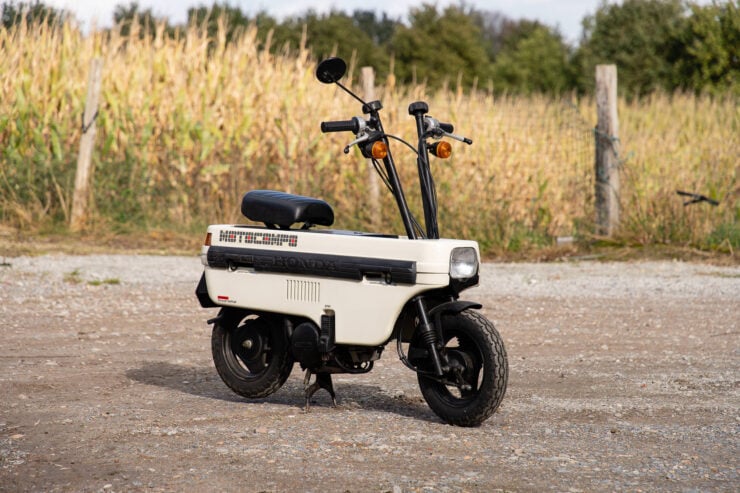 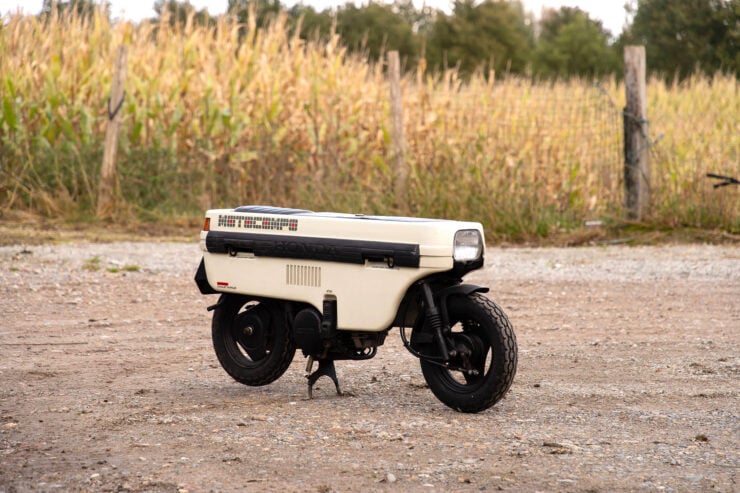 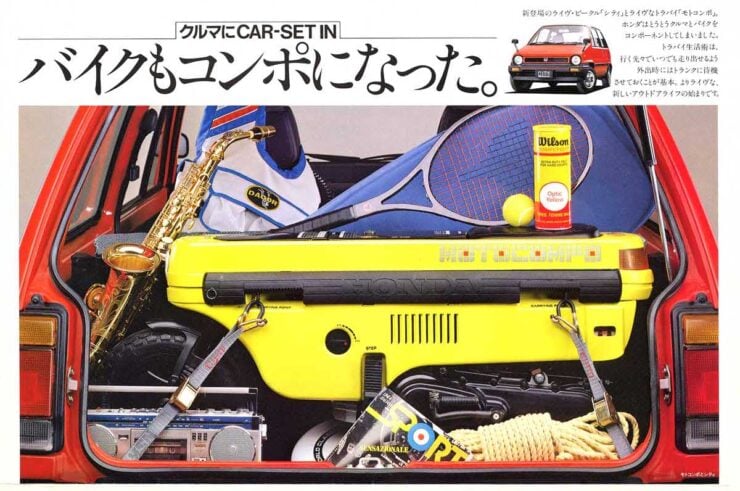 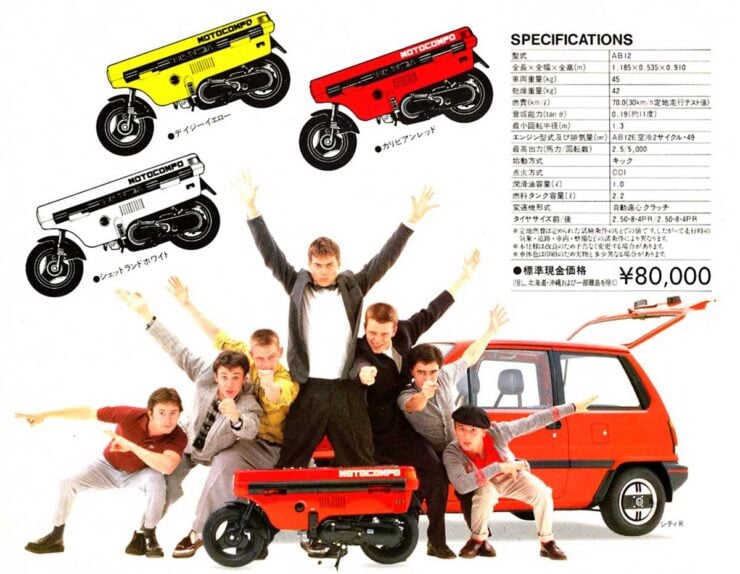 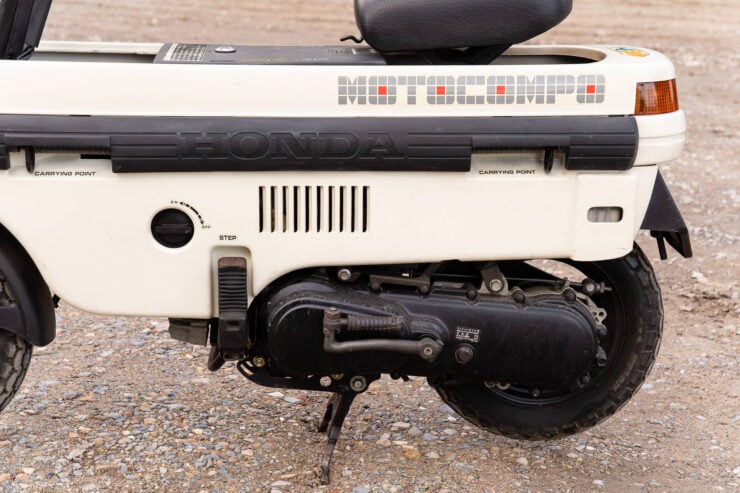 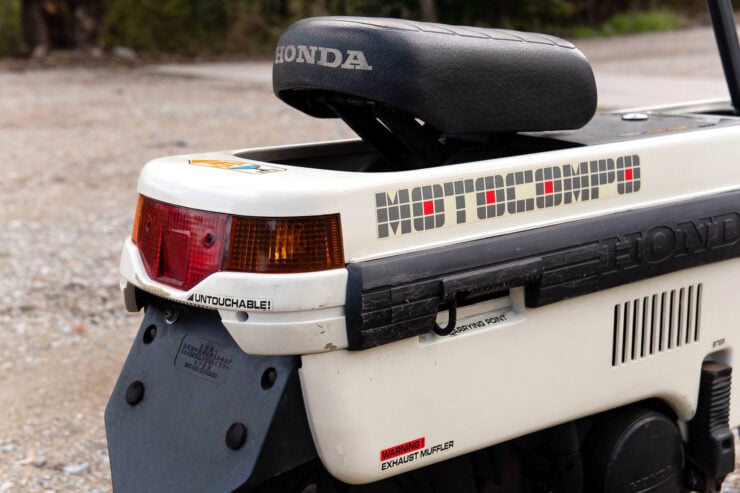 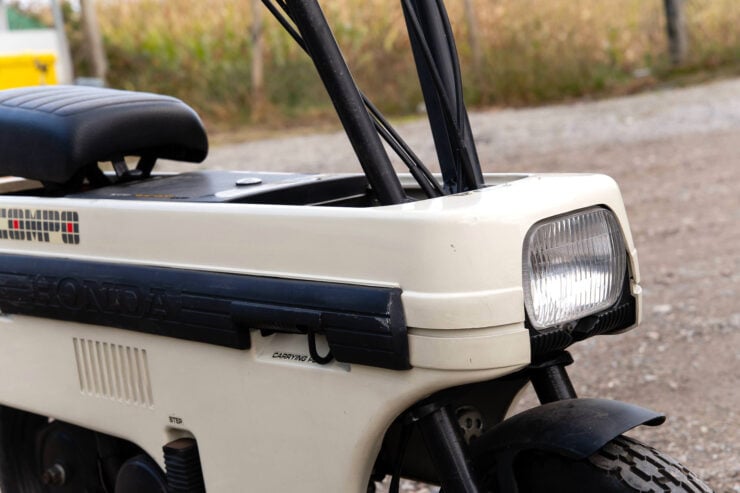