This is the James Navigator, it’s a smartphone case designed by Malle that can be attached to your handlebars or forearm two give you a clear view of your GPS route when underway.

Unlike many motorcycle handlebar phone mounting options, the James Navigator offers weatherproofing for those unexpected downpours along with the option to quickly move it from the handlebars to your arm if needed.

Malle was founded in London in 2012 by two British designers, Robert Nightingale and Jonny Cazzola. The two men founded the company when they realized there were no options for classically styled motorcycle luggage that could be quickly strapped to the side of vintage and modern classic motorcycles. 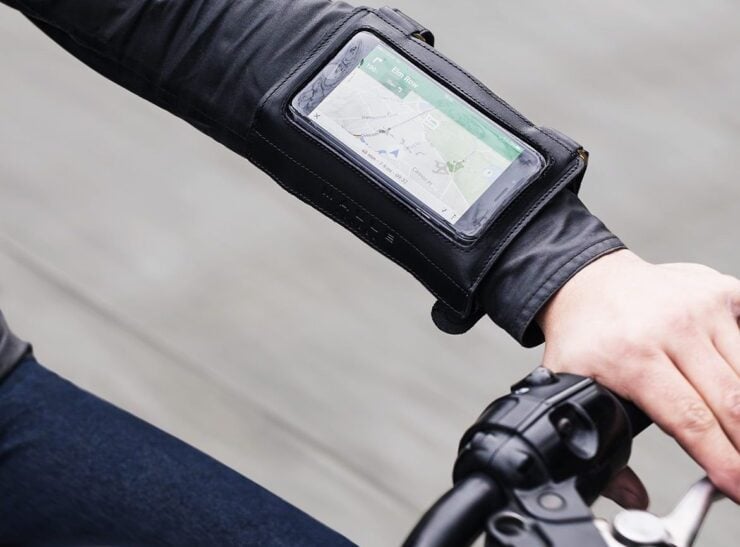 The James Navigator can be quickly attached to your handlebars or forearm for easy access to your GPS, it’s weather resistant and fits most modern smartphones.

In the years since Malle has expanded far beyond their bag and luggage offerings, now designing a range of apparel, motorcycle gear, and other products all central to their core ethos. The company also organizes major vintage motorcycle events across the United Kingdom every year including The Malle Mile, The Great Malle Rally, and The Mile Beach Race.

The James Navigator was designed to work with essentially all modern smartphone designs fitting devices up to 6.3” / 3.15” – 16cm / 8cm. It has an opening on one side to allow the charging cable to be plugged in if required.

The straps are attached with industrial-strength velcro for a secure fit, and should you wish to go purely analogue you can fold your maps to shape and insert them under the clear film for a more traditional navigation experience.

The James Navigator retails for £89 which works out to approximately $119 USD, it comes in a black colorway and a single size. 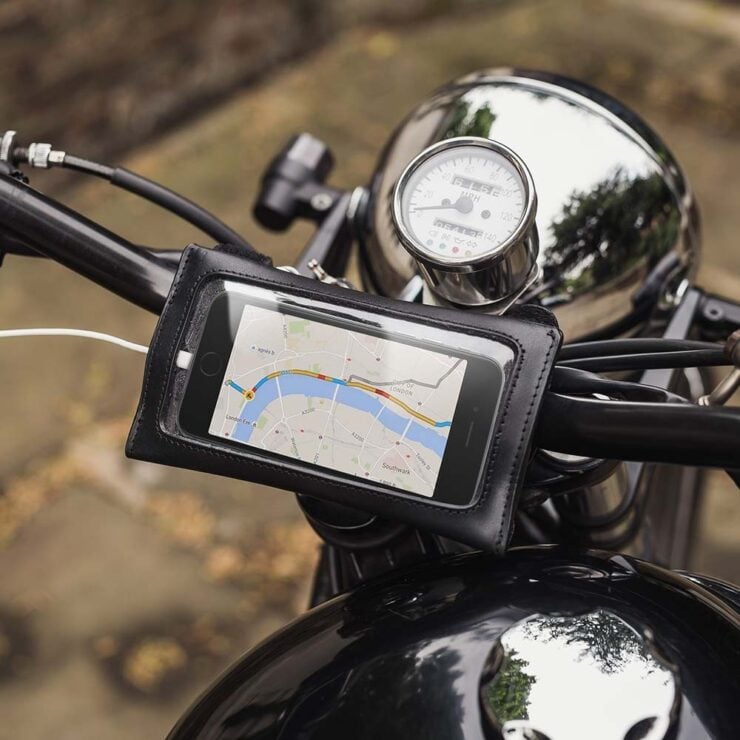 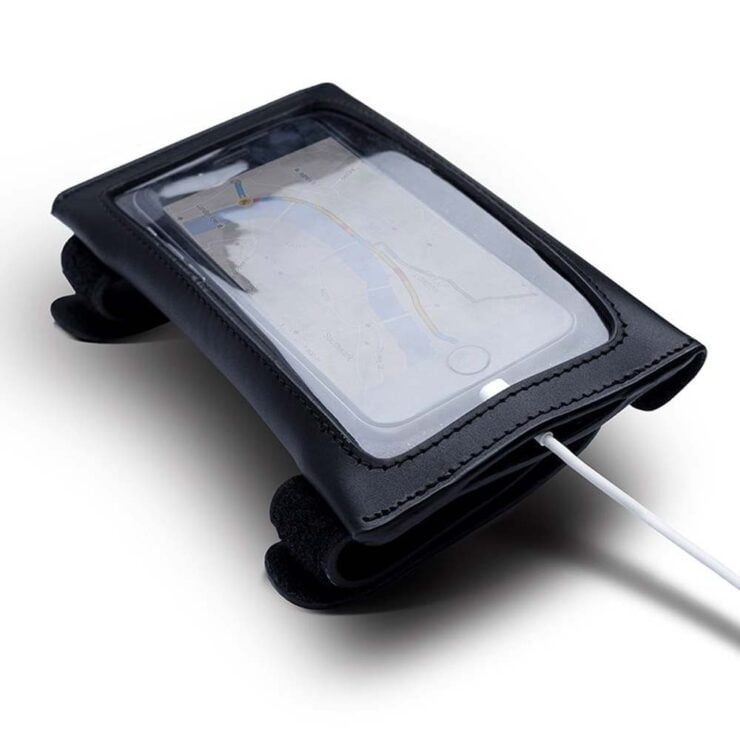 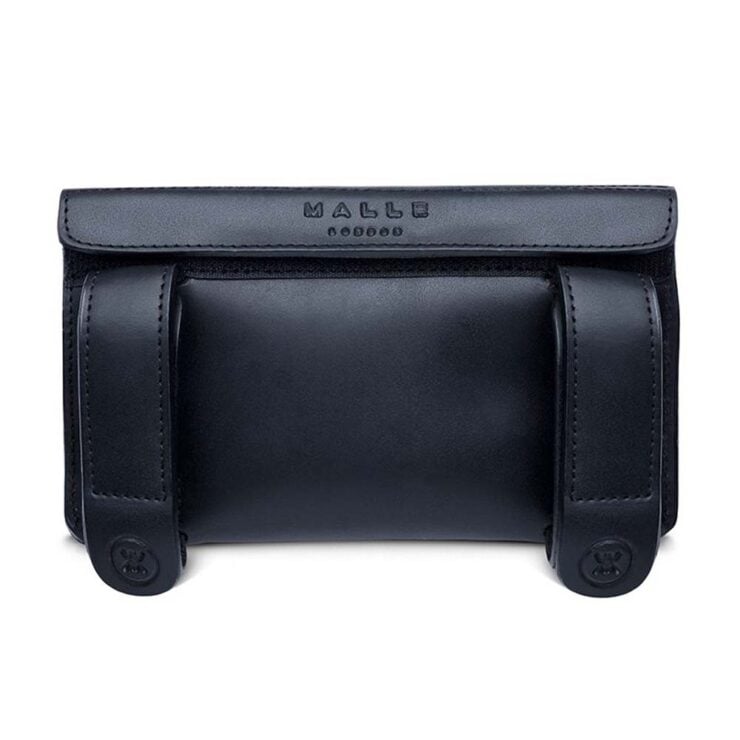 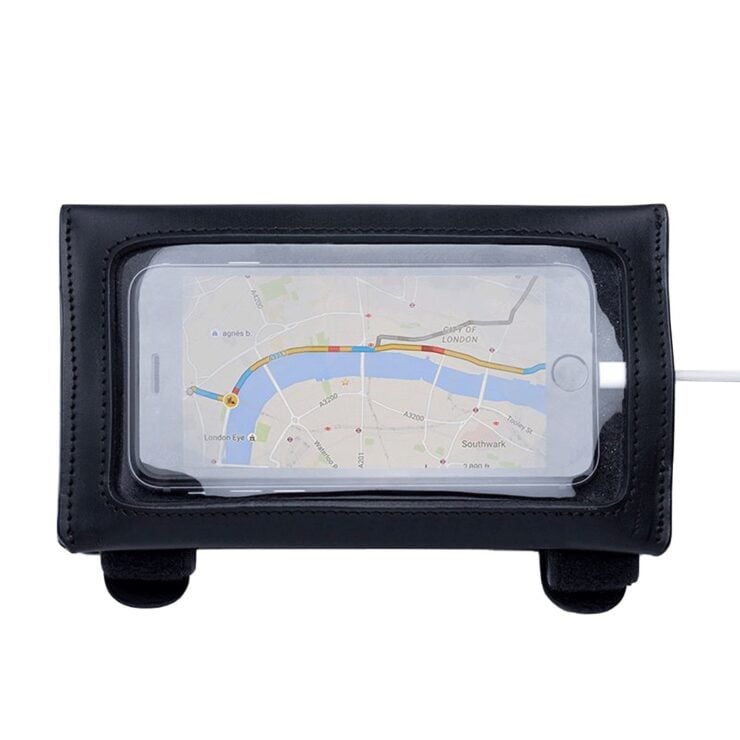 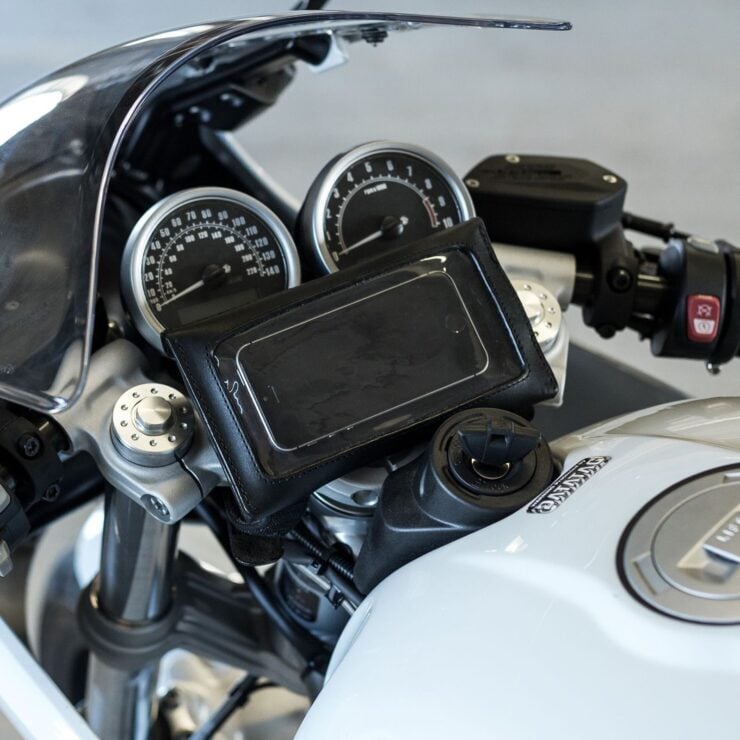