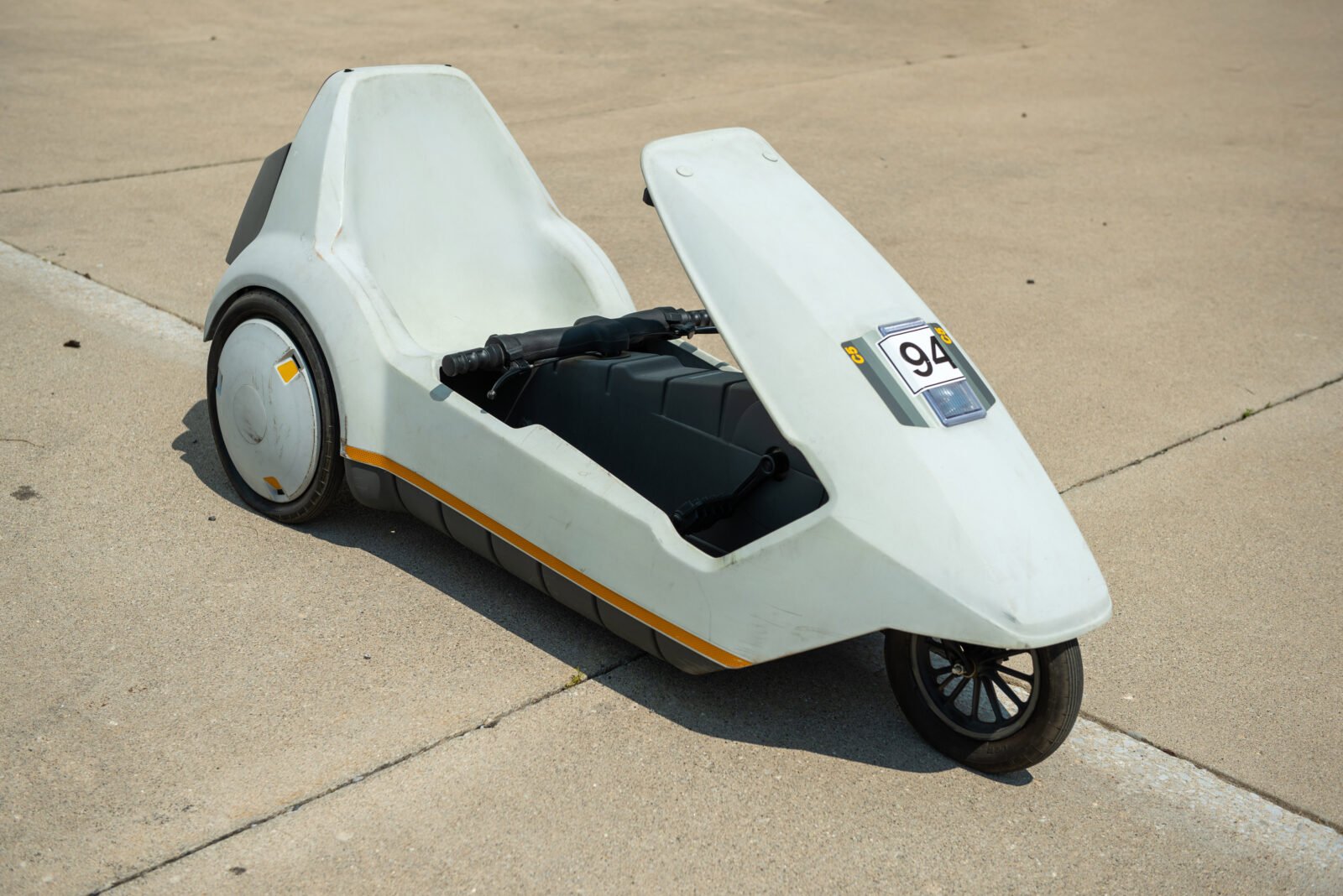 When it was released in 1985 the Sinclair C5 was a wildly futuristic electric vehicle that had been conceived by the famous personal computer pioneer Sir Clive Sinclair to much fanfare.

Interestingly the production of the C5 was handled by the Hoover vacuum cleaner company and it has a chassis designed by the sports car and Formula 1 racing boffins over at Lotus.

Sir Clive Sinclair has been described as the British answer to Steve Jobs, largely thanks to the fact that he introduced homegrown personal computers to the British public in the late 1970s and 1980s.

Sinclair had started out designing amateur transistor radios back in the late 1950s and selling the plans. Later (much like Apple over in the USA) Sinclair developed personal computers that were offered in kit form to enthusiasts who would assemble them themselves.

Above Video: This is an original series of 1985 television advertisements for the Sinclair C5.

By the 1980s their computer offerings were polished production units and a large number were sold. It was these computer sales that helped fund a project very close to Sir Clive’s heart – electric vehicles.

Sinclair Vehicles And The Future Of Transportation

Electric vehicles were nothing new in the 1980s of course but they were hampered by their age-old Achilles heel – battery technology.

Sir Clive Sinclair was convinced that electric vehicles were the way of the future and he wanted to lead the way – just as he had with the personal computer revolution in the UK.

Sinclair Vehicles was formed in 1983 and resources were poured into the new company by its well-funded sibling. A number of electric vehicle designs had been completed earlier starting with the C1 (the “C” stands for “Clive”) and the C5 was deemed the perfect design to be the company’s first mass-produced vehicle.

Part of the reason the Sinclair C5 was developed as that in 1980 the British Vehicle Excise Duty for electric vehicles had been abolished. The in 1983 the government introduced new legislation for a new vehicle class, the “electrically assisted pedal cycle.”

There were some notable advantages to this: no insurance or road tax needed to be paid, no driver’s license or helmet was needed, and anyone over the age of 14 could drive one – so the barrier to entry would be purely financial. 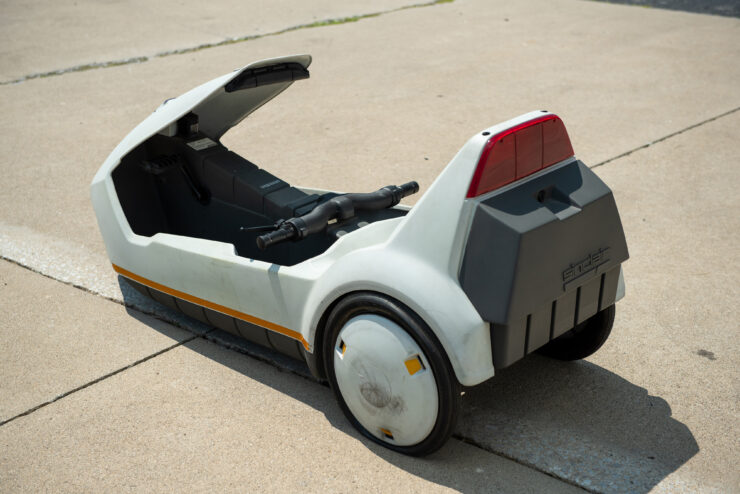 The C5 has a semi-recumbent driving position with the handlebars located under the legs of the driver.

One notable caveat was that the electric motor would be limited to a maximum of 250W, approximately 0.33 hp.

Ultimately the C5 would prove to be a famous failure. Despite its early promise the lack of speed, range, and power would hamstring the potential of the vehicle.

Approximately 14,000 C5s were made before production was ceased and surprisingly many of them have survived in the hands of enthusiasts. There is now a global group of collectors who keep C5s on the road, and some have created wildly modified versions with jet engines, others are capable of 150+ mph.

The Sinclair C5 was developed to be a lightweight three-wheeled electric bicycle with pedal assist. It has a futuristic polypropylene body and a simple steel chassis that was developed by Lotus. Interestingly the company had recruited Barrie Wills, a former employee of the ill-fated DeLorean Motor Company, to be the managing director of Sinclair Vehicles.

The C5 has a semi-recumbent seating position with the handlebars positioned below the rider’s legs. Standard bicycle pedals were fitted up front so that the rider could pedal to assist the 250W (0.33 hp) electric motor – this was vital on hills and to extend range. 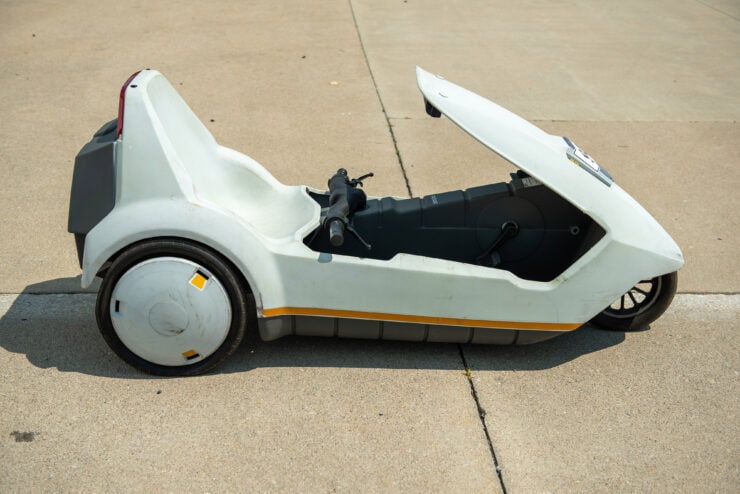 The futuristic styling of the C5 has been winning it fans for decades.

A moderate 28 liter (1 cubic foot) storage compartment was positioned behind the driver, and a 12 volt lead acid battery was fitted that gave the Sinclair C5 a range of 20 miles or 32 kilometers with a top speed of 15 mph  or 24 km/h.

The lack of weather protection was an issue, particularly for a vehicle designed to be used in Britain, and the low-slung riding position tended to give C5 pilots the feeling of being very vulnerable to other traffic on the roads.

Details on its operational condition aren’t listed so any buyer would need to assume it will need signifiant work to return to working condition.

If you’d like to see more or register to bid you can click here to visit the listing on RM Sotheby’s. 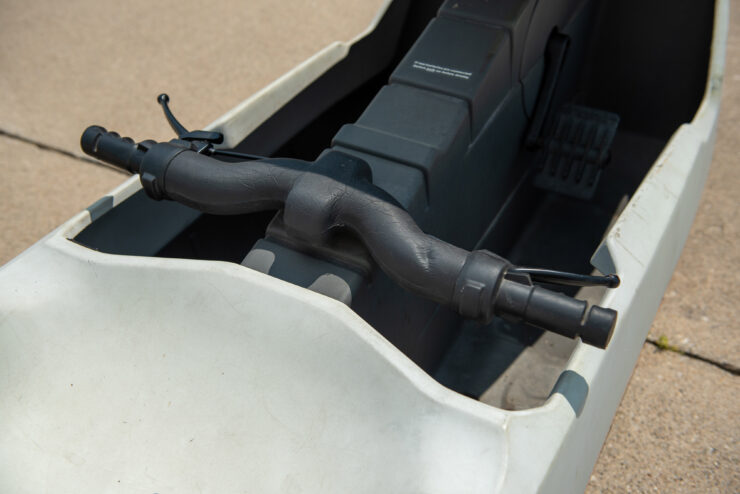 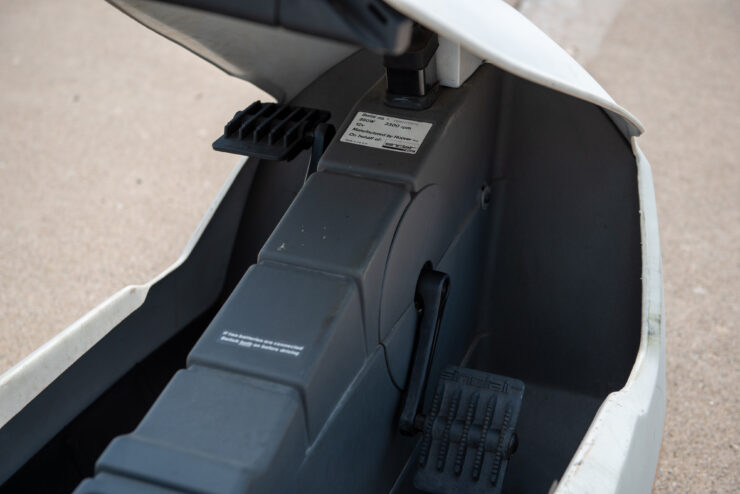 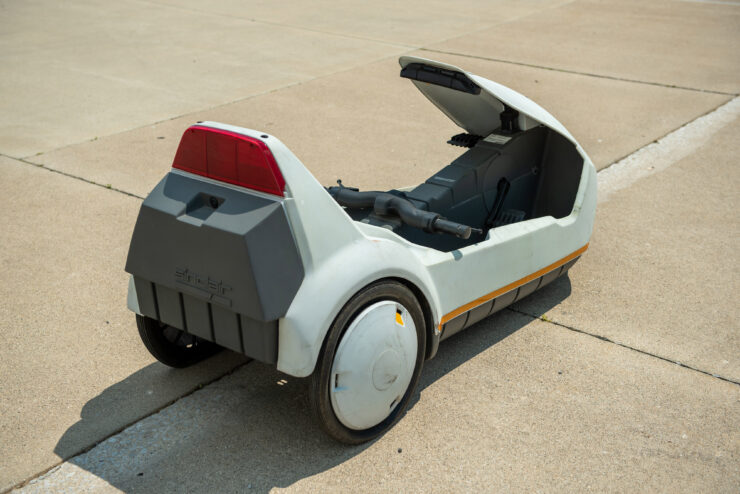 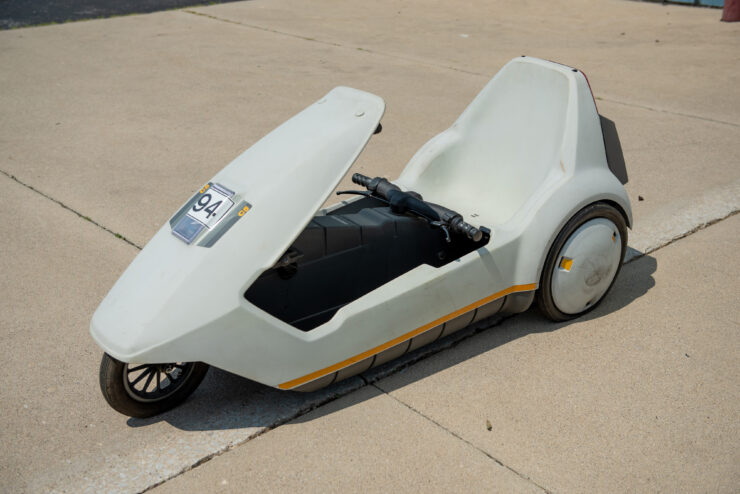 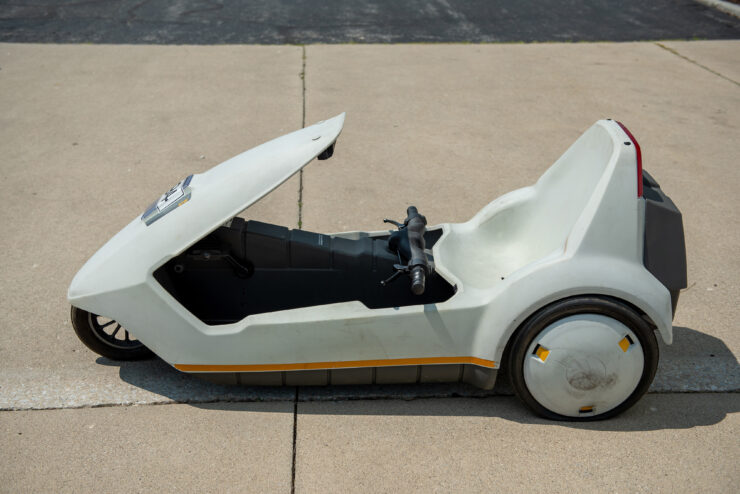