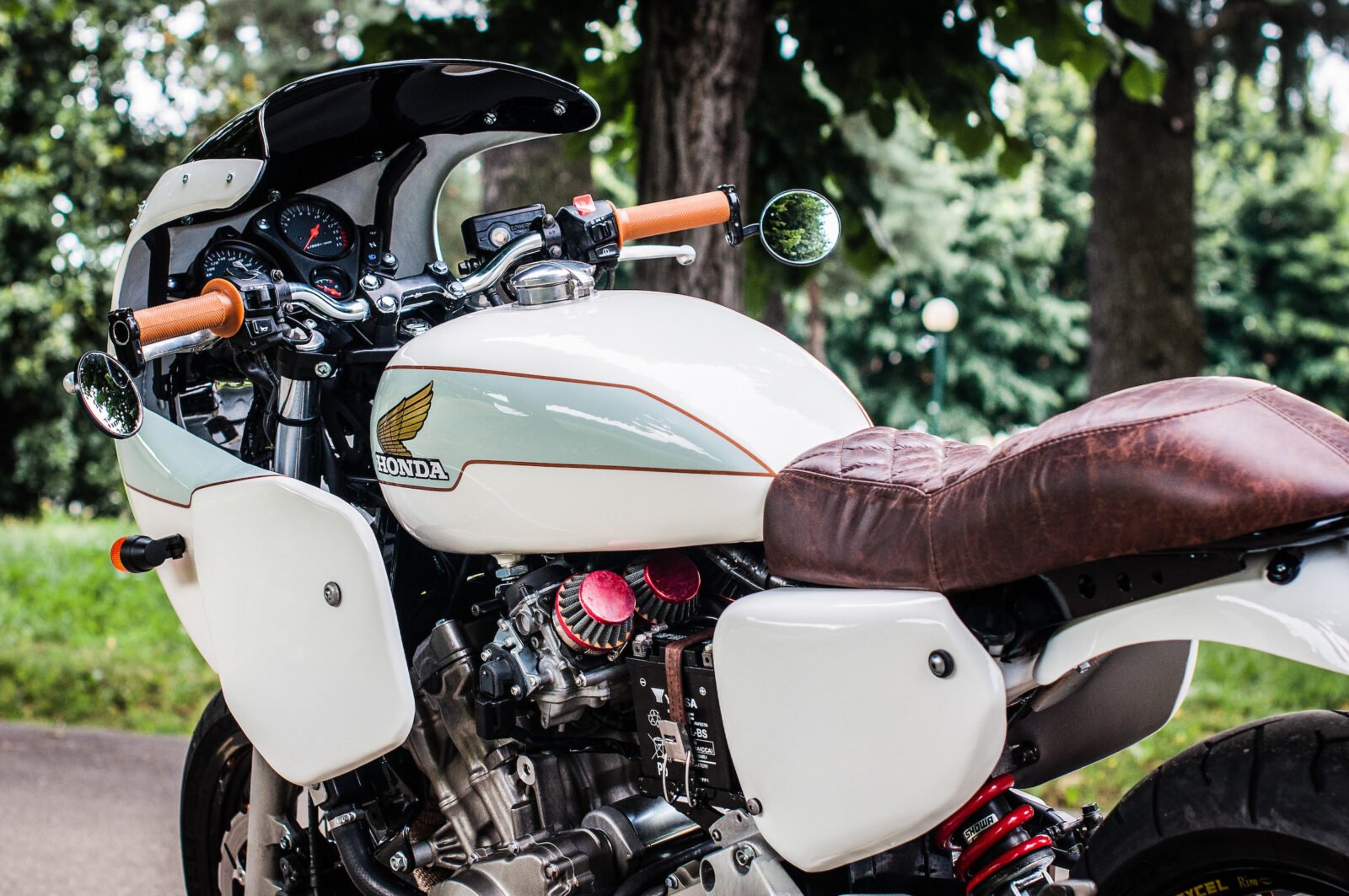 The Honda Hornet, known as the Honda CB600F in some countries, is considered by many to be about as close to the perfect daily rideable motorcycle as it’s possible to get.

The formula behind the creation of the Honda Hornet CB600F creation was simple, Honda first took their much-loved Honda CBR600 superbike and tuned the engine to prioritize torque over horsepower. A new frame was then developed to offer a more comfortable upright riding position compared to the CBR600, more street-specific suspension was fitted front and rear, and the bike was left unfaired or “naked” to appeal to fans of the ever popular Ducati Monster and Triumph Speed Triple.

The inline-4 cylinder engine used in the CBR600 and the Honda Hornet is a descendant of the iconic inline-4 used in the Honda CB750 – the original superbike. This was the engine that founded the UJM, or Universal Japanese Motorcycle, and led to a two-wheeled revolution that turned the motorcycle world on its head. 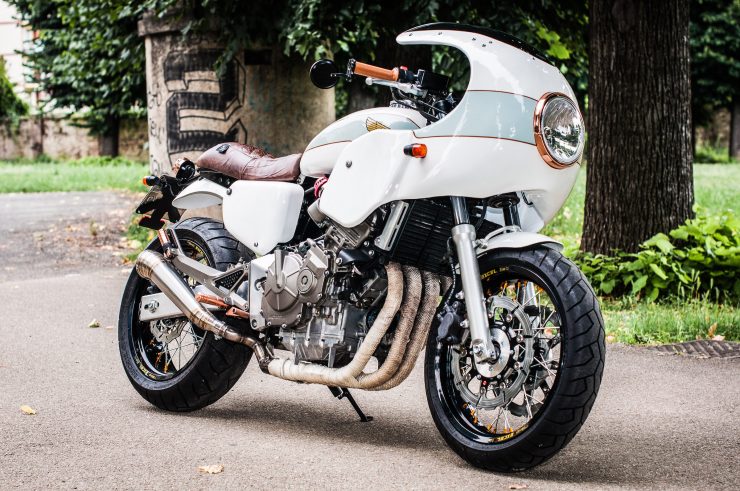 The torque-tuned version of the CBR600 engine used in the CB600F produced 95 bhp when it was released in 1998, with 46 ft lbs of torque. The engine has a double overhead cam architecture with four valves per cylinder, a 12:1 compression ratio, a bore x stroke of 65mm x 45.2mm, and four slanted flat-slide CV carburetors.

The custom CB600F you see here is the work of the Italian team at Metalbike Garage headed up by Simone Lecca – a man who spent years working at Bertone helping to create bespoke concept and show cars by shaping aluminum alloy into seemingly impossible curves.

10 years ago Lecca founded Metalbike Garage to bring the metalworking so common in the bespoke car universe to the motorcycle world. Each of the builds from MGB have featured remarkable design characterized by perfectly shaped sheet metal, oftentimes resulting in motorcycles like the impossibly beautiful Hera Project BMW R Nine T we featured a while ago on Silodrome.

The project to build this motorcycle began when a friend of the garage approached the team with a dusty old 2001 Honda CB600F that had been sitting in storage for years. Simone is well versed in motorcycle history, and he knew the historic link between the CB600F and the classic CB750, so he hatched a plan to build a modern version of the fully-faired Honda CB750 race bike from the early 1970s. 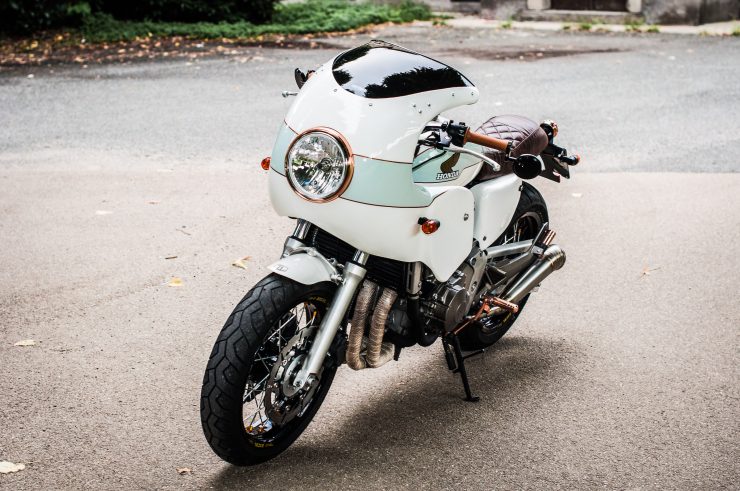 The first order of business was to remove the original fuel tank, seat, sub frame, and headlight assembly. The new motorcycle was going to have a classic profile with a lower, flatter seat line, a curved tank, and a proper round headlight mounted in a classic fairing.

The factory exhaust and intake manifold were sent to the scrap heap, intake is now handled by a chorus of velocity stacks with individual pod filters and the exhaust exits through a 4-into-2 unit with wrapped headers. Perhaps the most eye-catching element of the build is that fairing, it was made in-house from two pieces of aluminum alloy before being welded together down the center and fitted.

A matching fuel tank was made to replace the rather more angular factory tank, and a new front fenders was added to match the rear. A significant upgrade to the brakes and the addition of lightweight spoked wheels front and back completed the build. There’s little doubt that this is now one of the most beautiful examples of the CB600F in the world, and it kind of makes you wish Honda would build something similar themselves for the hugely popular modern classic motorcycle genre. 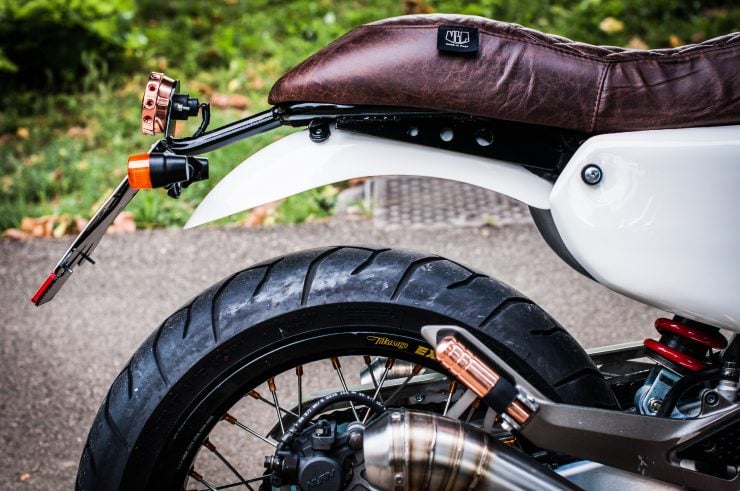 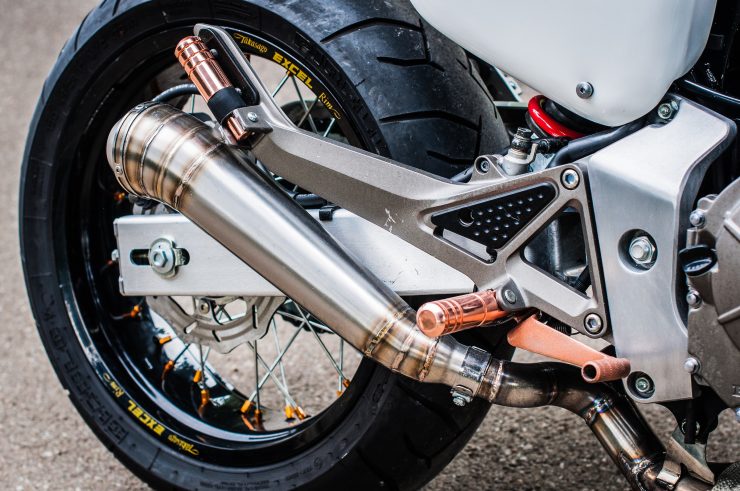 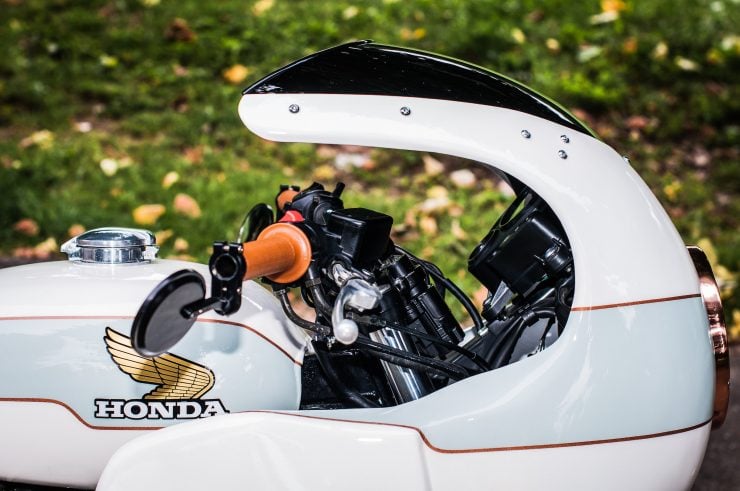 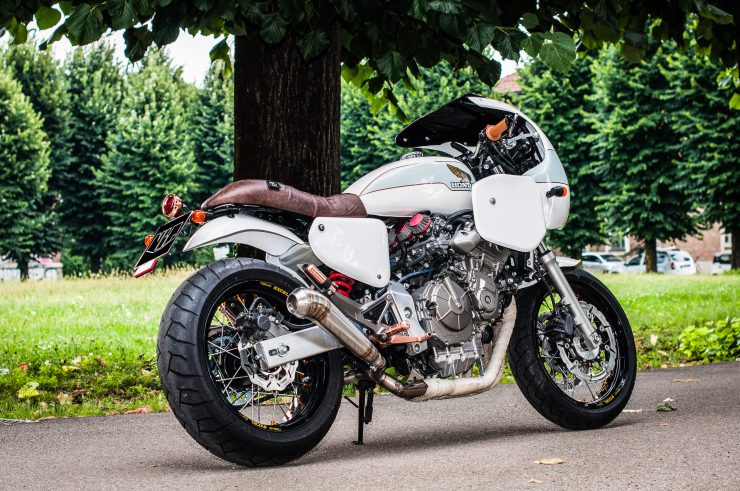 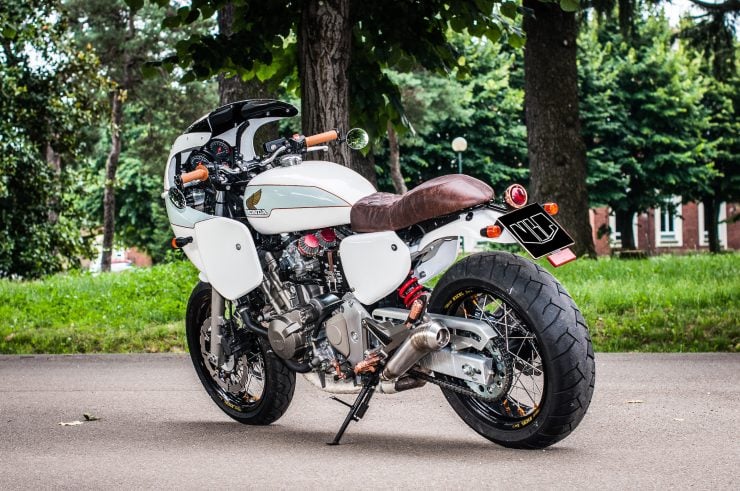 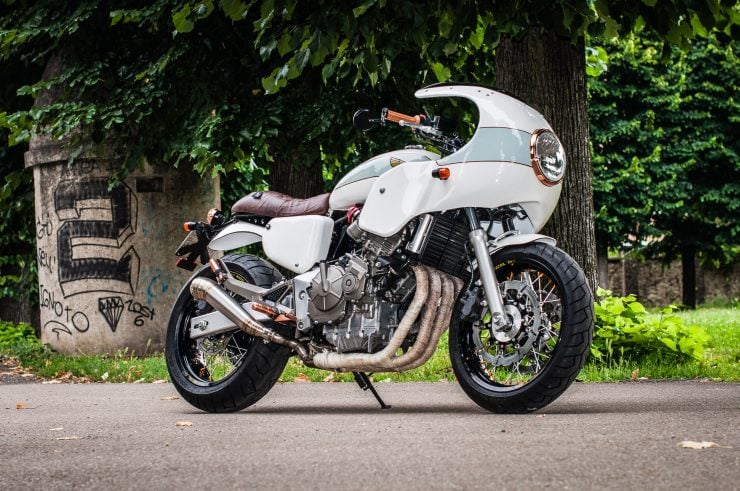 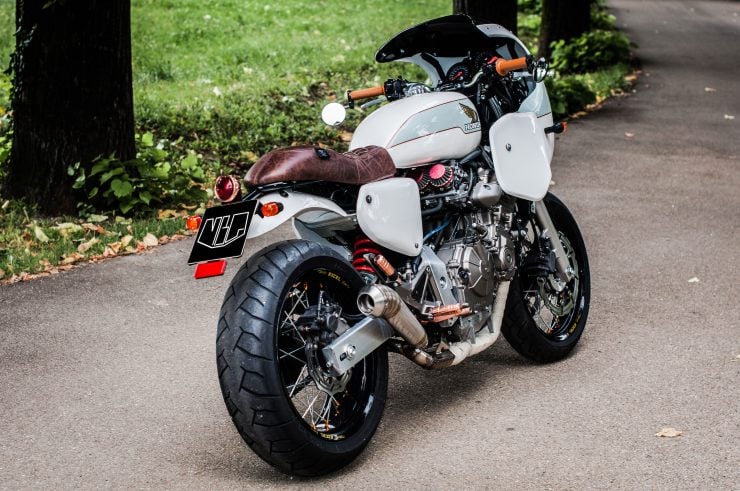 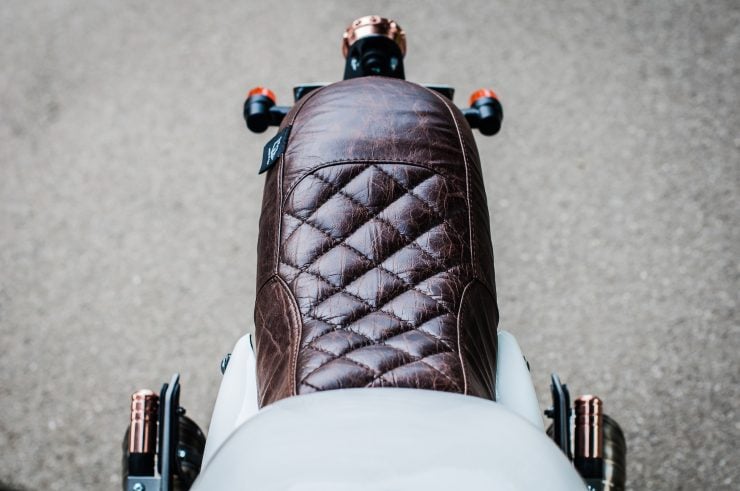 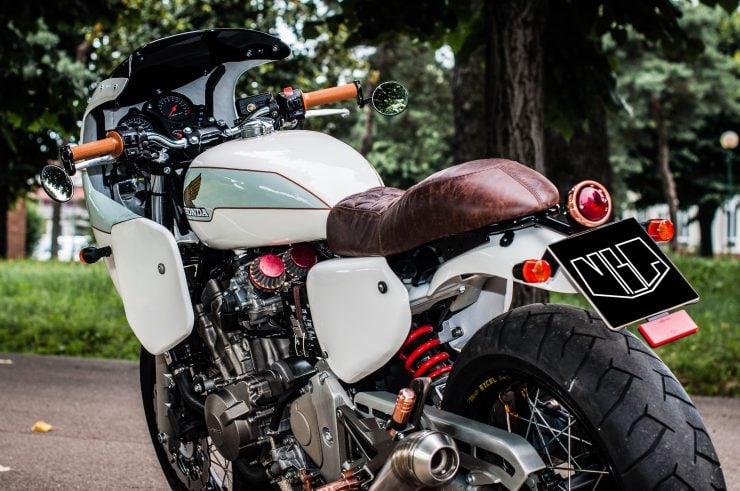