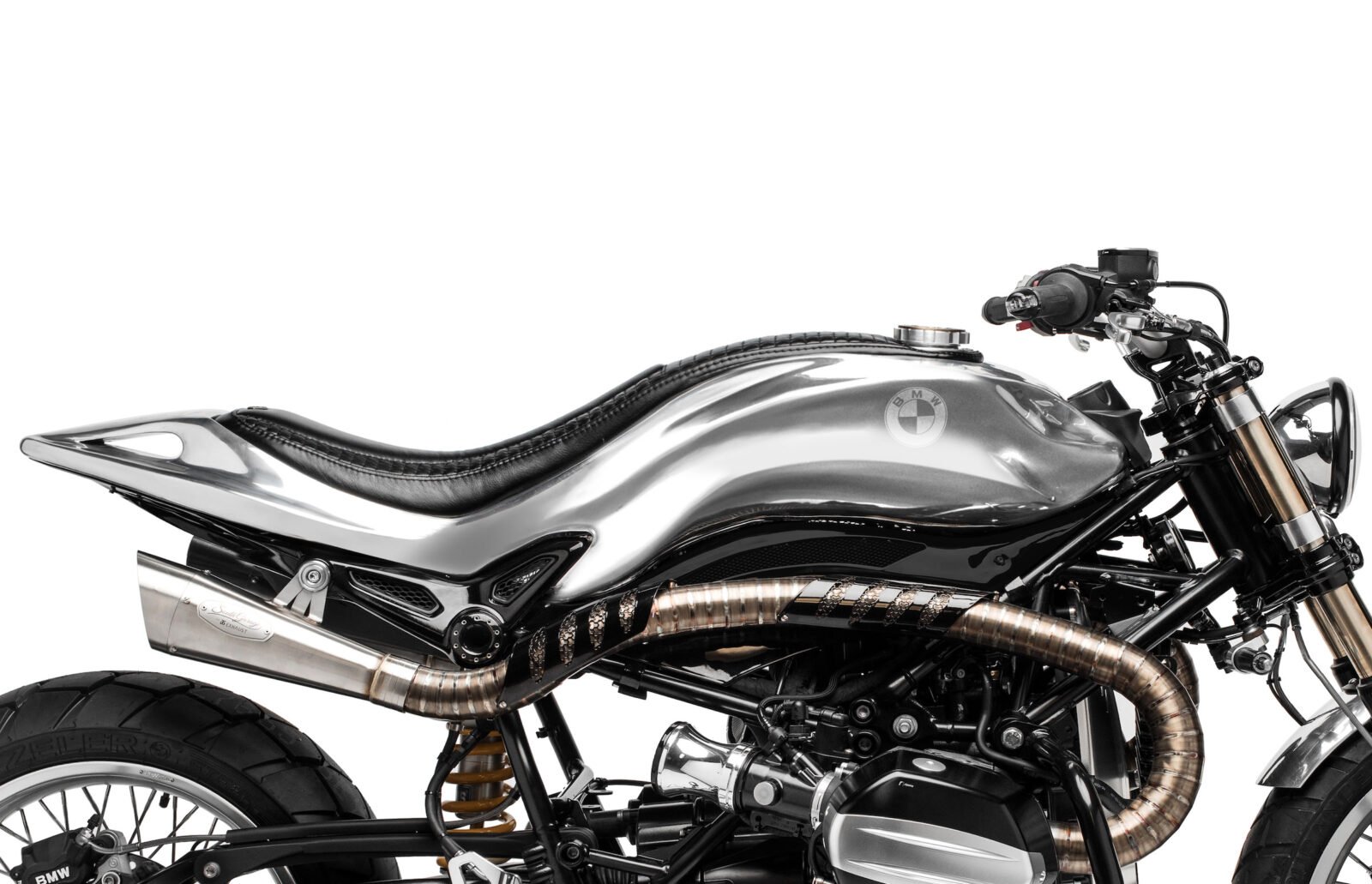 The Hera Project was born from the minds of the team at Italian publication Chop and Roll Magazine – they picked up a new BMW R nineT, and then brought their fellow Italians at South Garage Moto Co. onboard to design and oversee the build.

The BMW R nineT is a thoroughly German motorcycle, so it was always going to be interesting to see how a team of Italians would approach the project. Both European nations have long and proud histories of designing and building some of the greatest two and four wheeled machines the world has ever seen – but they tend to operate in vastly different ways.

The first order of business was bringing the talented team at Metalbike Garage onboard, who furthered the development of their distinctive one-piece aluminium alloy body. Metalbike had previously developed a similar design for Low Ride Magazine’s R nineT build, but this new build required a new wooden body buck – developed with the aid of 3D software before the final shape was milled with the help of a CNC machine. 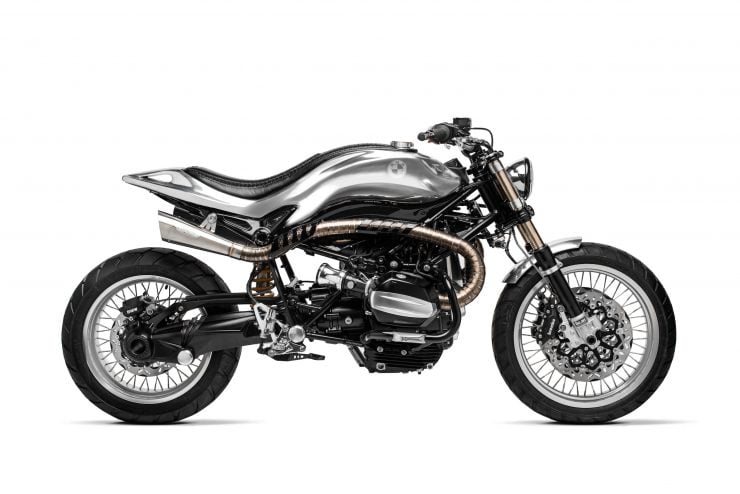 Metalbike took pains to develop the new bodywork to fit the pre-existing BMW brackets, to save drilling and welding, and the final piece was shaped by hand before being tweaked to fit.

The new leather seat was created in-house, it runs from the fuel cap back to the traditional seat location, allowing the rider to shift their weight forward and back when off road – in much the same way riders do on motocross and enduro bikes.

A new twin exhaust was fabricated from titanium – painstakingly welded in small sections to match the required curves. A pair of engine guards were fitted around the heads to protect them in case of an off road incident, and a new aluminum fender was added up front

A slew of parts were supplied by Rizoma, including the brake fluid reservoirs, levers, head covers, indicators (integrated in the handlebar) and pegs. Grimeca created brake rotors specifically for this bike, Metzeler provided the dual sport tires to give the BMW grip both on road and off, and the wheels were handmade by the team at JoNich.

The original forks were swapped out for a set of custom-built Öhlins by Andreani Group, with gold upper tubes and black lower hydraulic chambers. A new monoshock was added in the rear too – further improving the handling of the already excellent R nineT.

If you’d like to see more you can click here to visit Metalbike Garage or visit the South Garage Moto Co here. 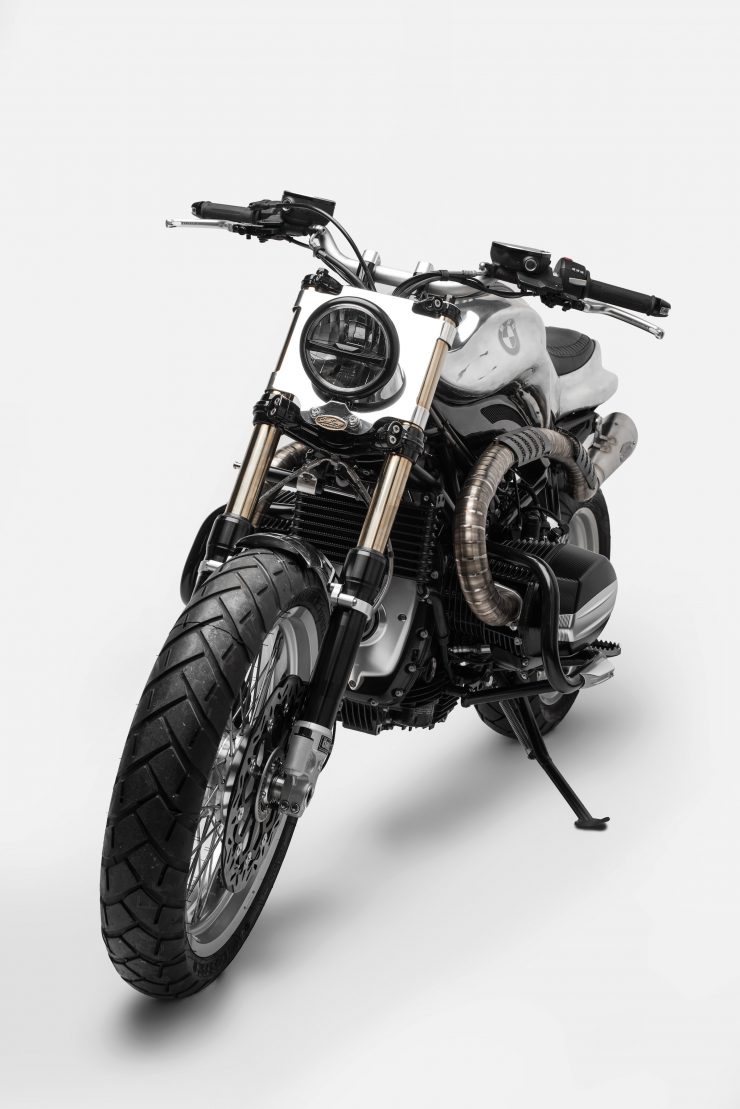 The BMW R nineT was developed by the German marque as a modern version of the now iconic R90 – the identically pronounced (but far simpler to type) name given their top of the line model originally released in 1973 and sold through till ’76.

BMW developed the R nineT as a base platform for customization, not dissimilar to the Sportster from Harley-Davidson, the Bonneville from Triumph, or the Scrambler from Ducati. The current trend toward heritage motorcycles that embrace some of the simplicity and classic design language of their forebears shows no signs of slowing down or losing momentum.

With its 1200cc horizontally opposed twin, 6-speed transmission, dry clutch, shaft drive, upside-down forks and monoshock rear – the R nineT rides as well or better than any modern motorcycle and with 110bhp and a top speed of 135 mph – it’s highly unlikely that even the most capable riders will ever manage to tire of it. 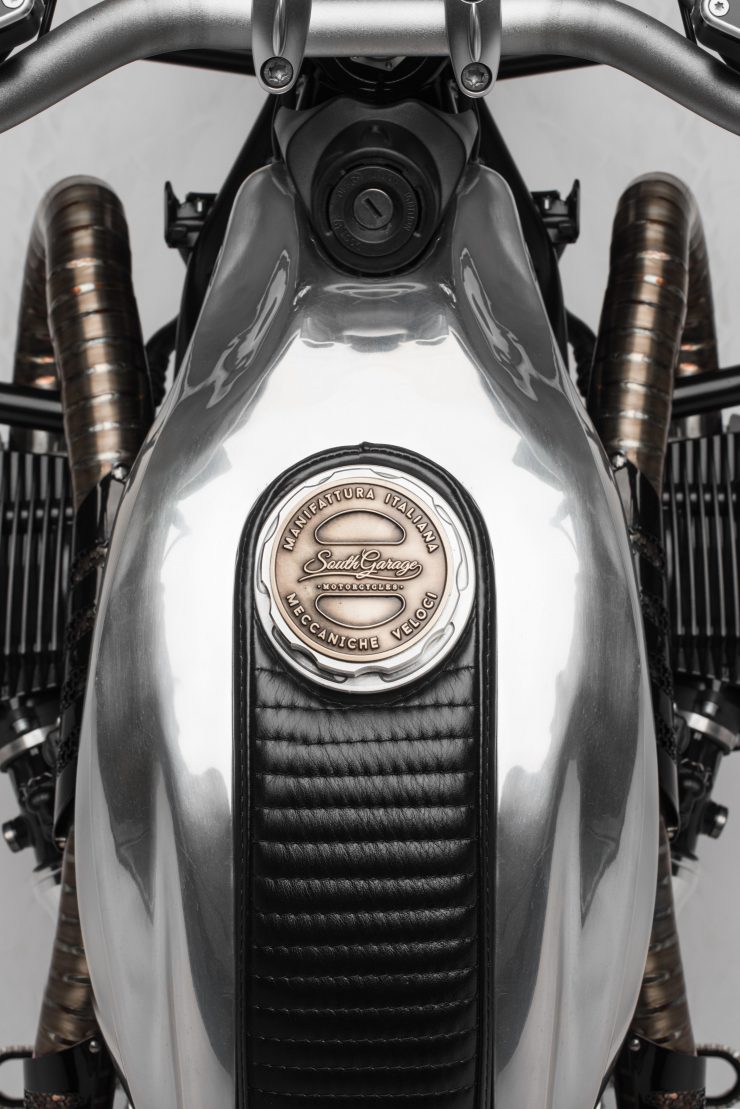 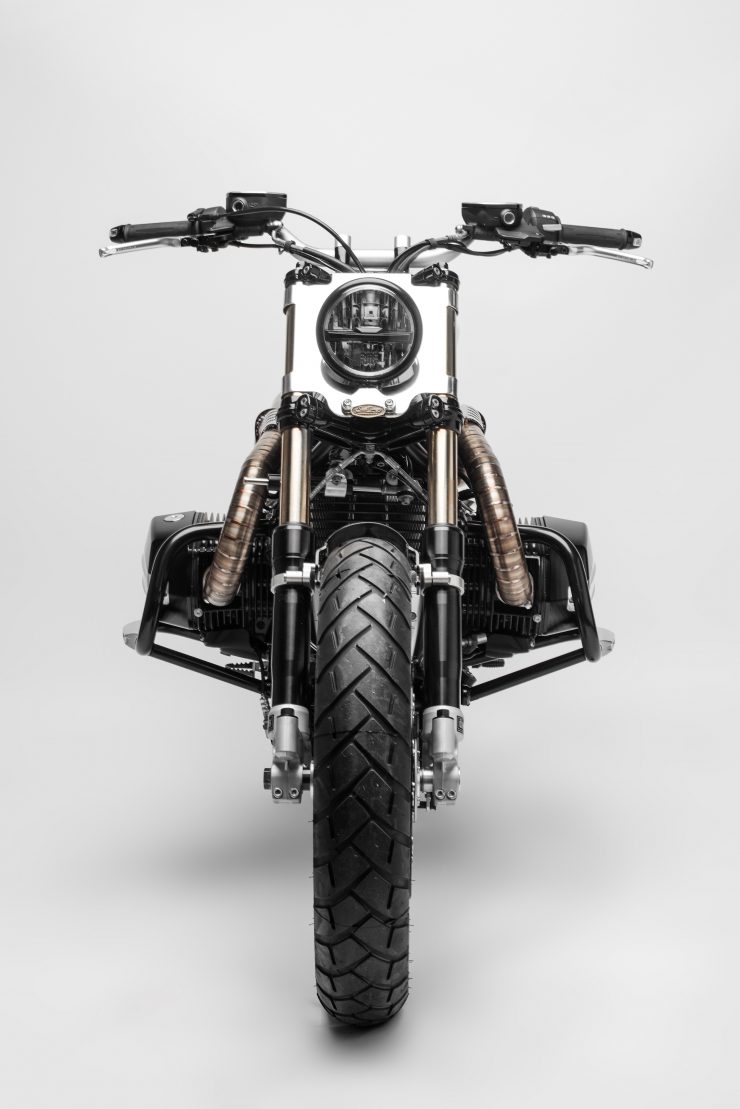 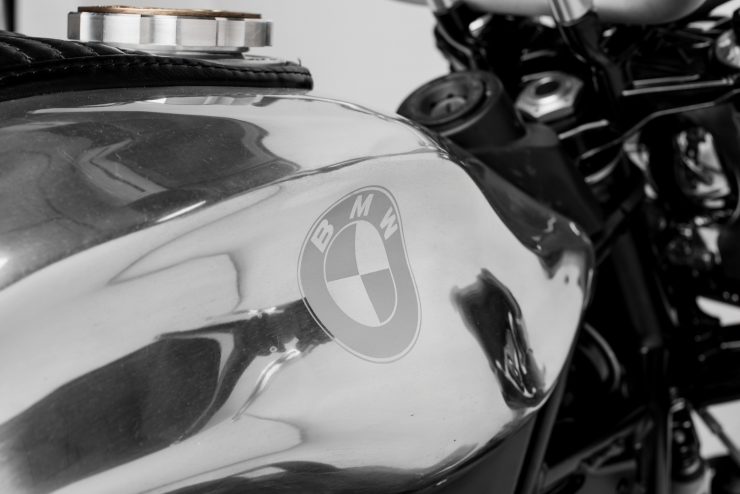 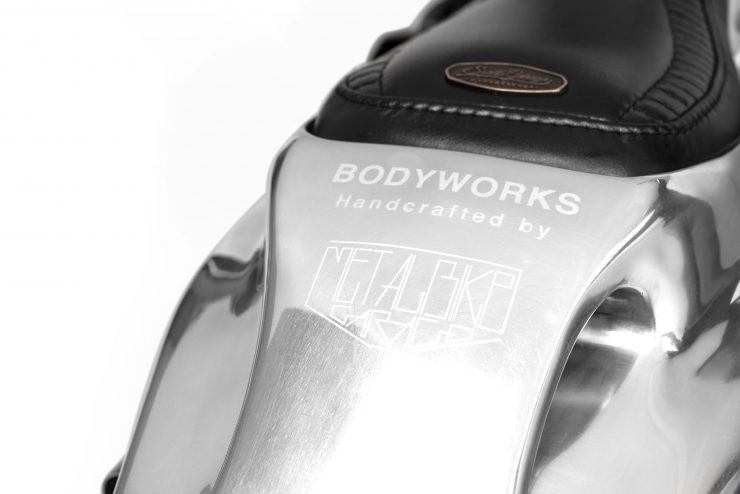 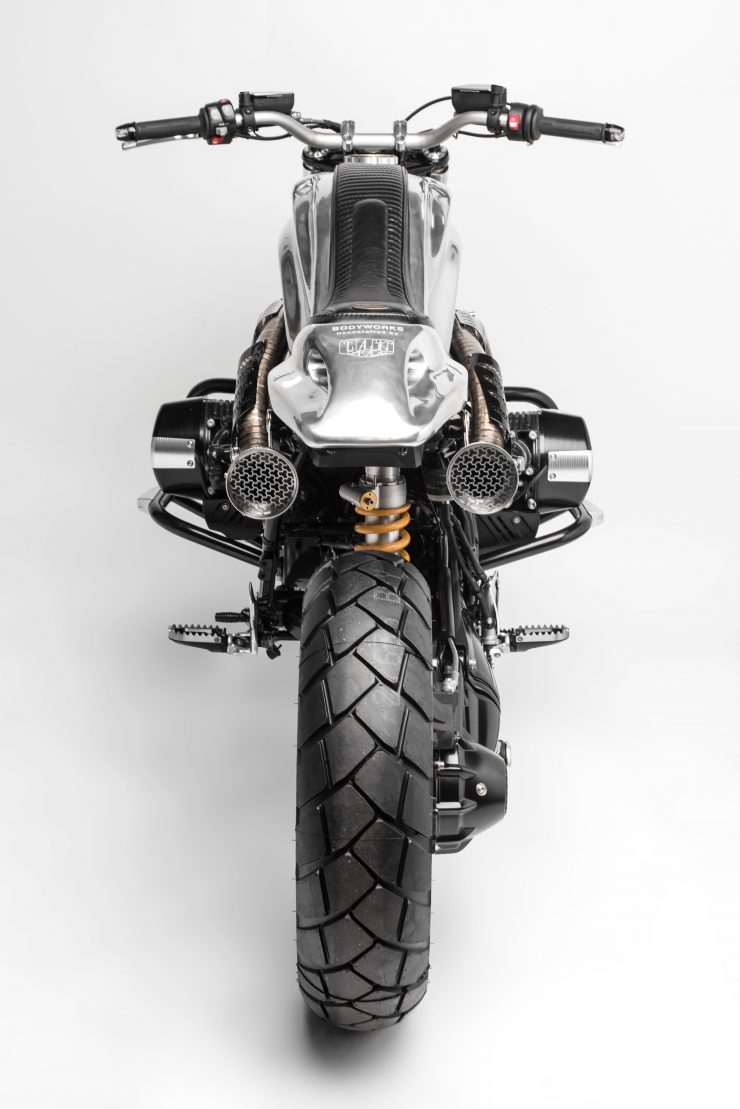 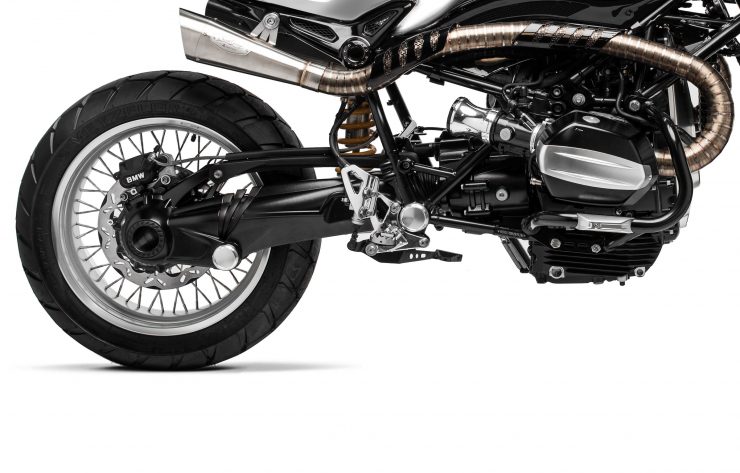 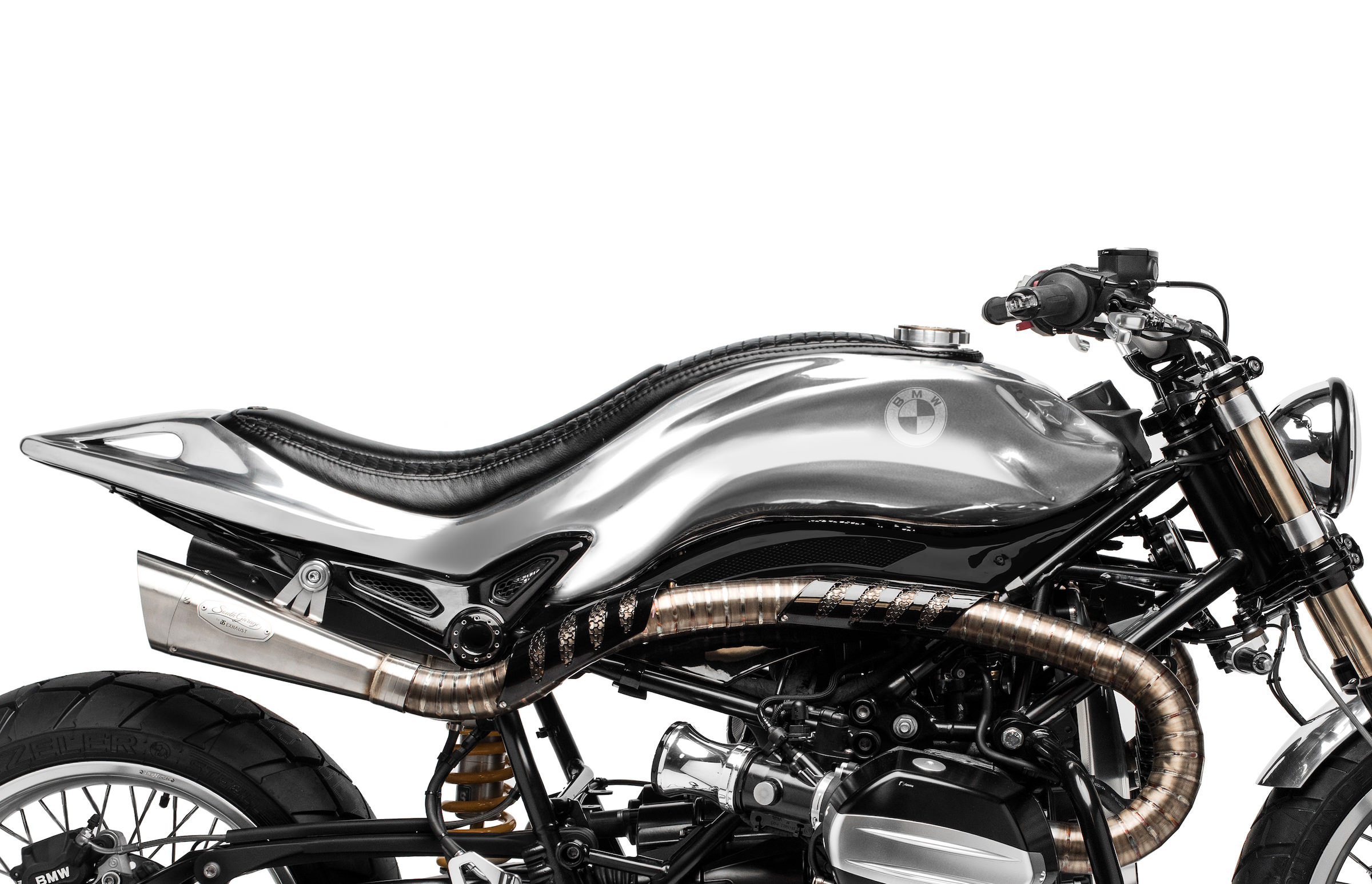 Published by Ben Branch - December 19th 2017
Related Posts
The Brockhouse Corgi: A Folding Motorcycle Based On A Design For WWII Commandos