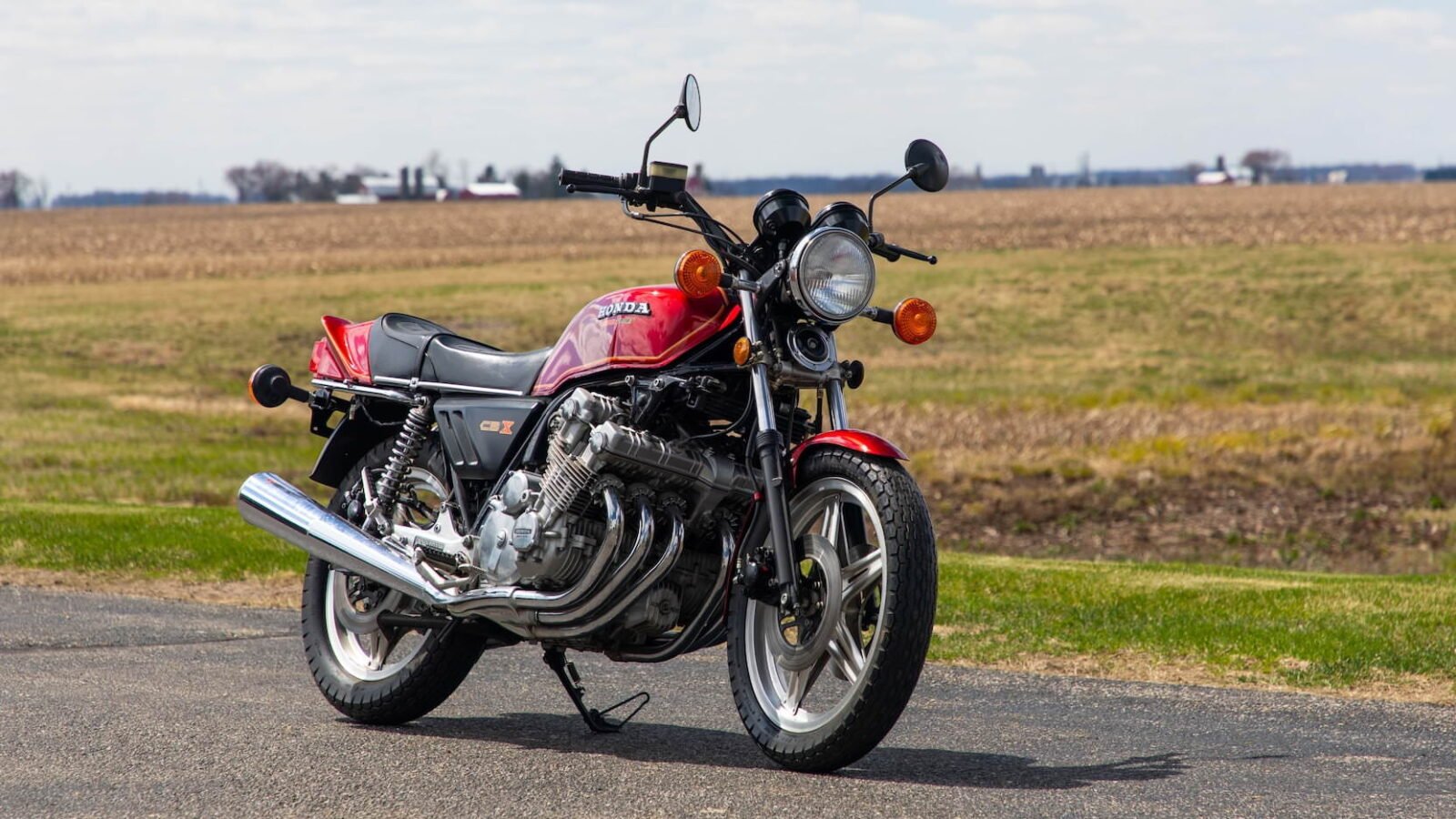 The six-cylinder Honda CBX was released 10 years after the seminal Honda CB750 as a new halo model for the Japanese marque. The original CB750 had triggered an arms race for superbike supremacy between the big four Japanese motorcycle manufacturers and by the late 1970s Honda knew they needed to release something revolutionary in order to reclaim the top spot.

Honda could have chosen to use a four cylinder engine for the CBX however the inline-four was so commonplace in motorcycles by that point it wouldn’t have made a statement – even if they had made it the powerful production motorcycle in the world.

Honda did have ample experience with inline-six cylinder motorcycle engines from their grand prix race bikes from the 1960s, and they knew that a large-capacity inline-six would give them the edge on their competition. 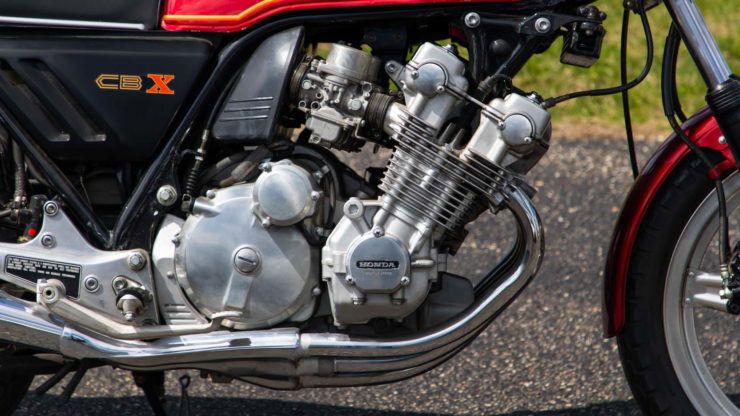 The biggest issue with installing an inline-six in a transverse orientation in a motorcycle is the width of the engine combined with the fact that motorcycles lean when they turn. If the engine is too wide it’ll scrape, and in the worst case scenario it’ll cause accidents.

What Honda engineers did was move the primary drive to the centre of the engine and they shifted the alternator and ignition to behind the engine. This allowed them to shrink the width of the bottom of the engine, resulting in the base of the Honda CBX engine being just a few inches wider than the base of the CB750 engine.

The original intention for the CBX engine was that it would be in production for many years, though in the end it was only made from 1978 till 1982. The upside is that Honda didn’t know the production run would be this short when they developed it, and as such they threw a lot of engineering at it and created a remarkable engine that would have a lifespan far beyond the motorcycle it was built for.

Much like the inline-four in the CB750, the inline-six in the CBX is mounted transversely and it relies on air-cooling. Unlike the original CB750 the CBX engine had double overhead cams and four valves per cylinder allowing much faster gas flow through the engine and more performance as a result.

The physical size and weight of the CBX did work against it, and it was outsold by its smaller sibling, the Honda CB900F. Honda would keep it in production for four years before switching its attention to perfecting the inline-four cylinder superbike – a path they remain on to this day.

Due to its remarkable appearance and its heady performance the Honda CBX remains a firm favourite with enthusiasts around the world. Original bikes in great condition are always in high demand, and they’ve been known to gather an audience of people curious about the engine when they’re parked.

The bike you see here is finished in Candy Glory Red with silver-finished Comstar wheels and it’s in overwhelmingly original condition. If you’d like to read more about it or register to bid you can click here to visit the listing on Mecum. 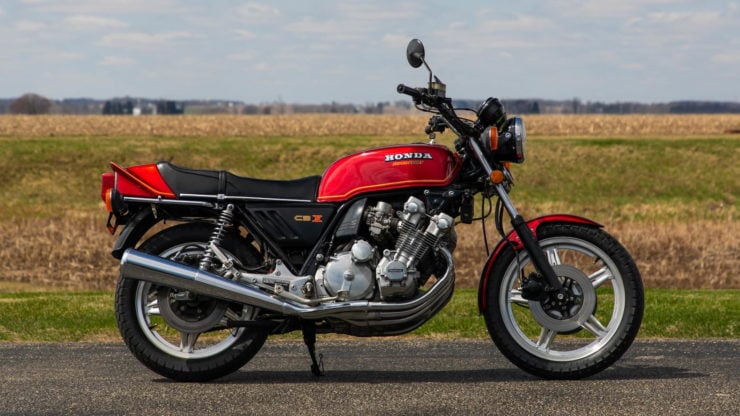 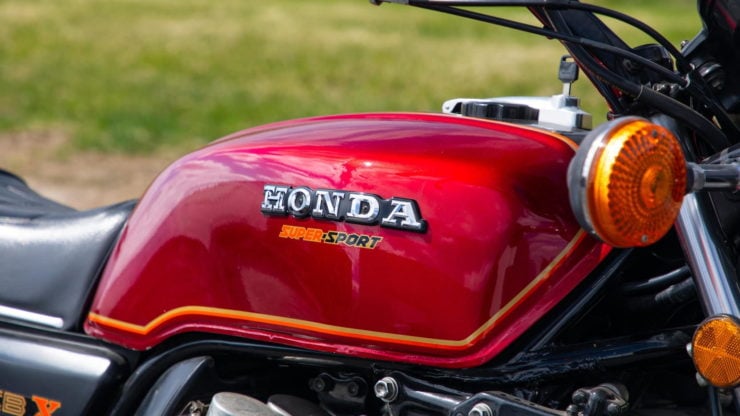 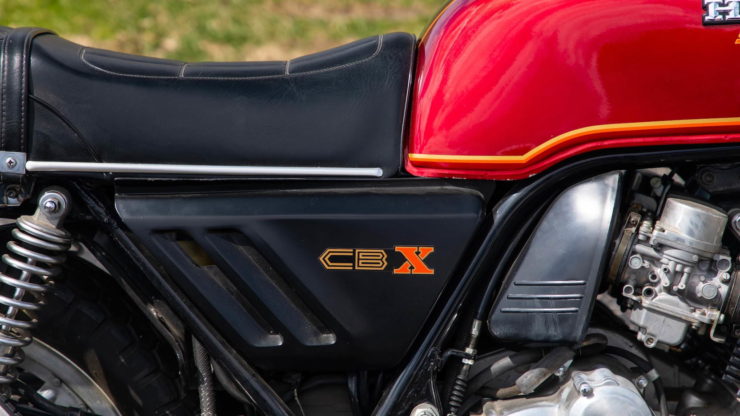 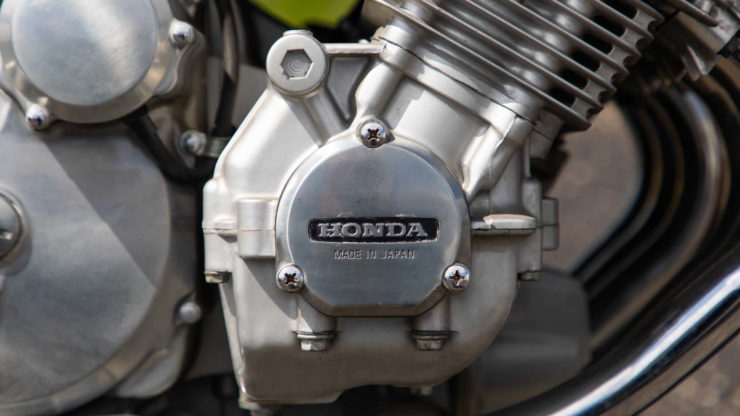 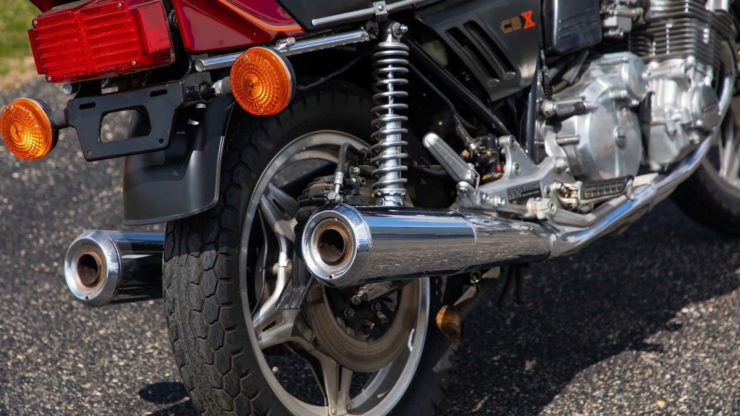 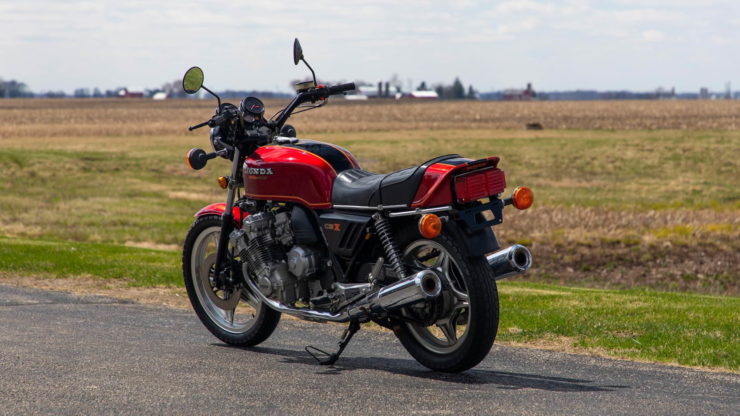 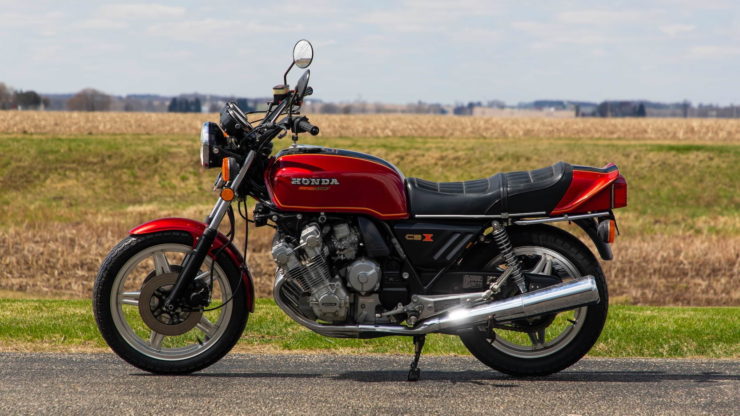 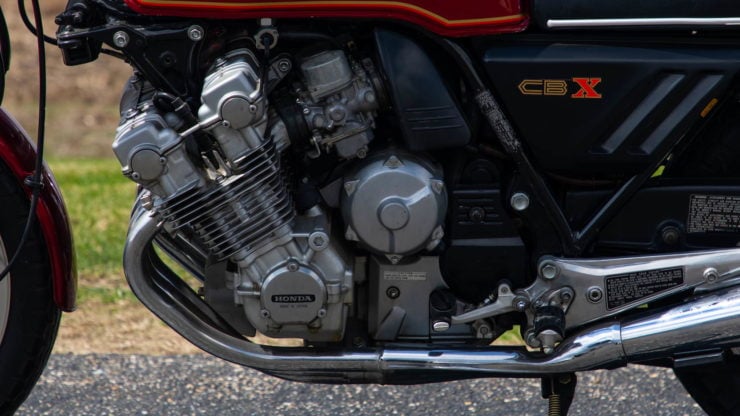 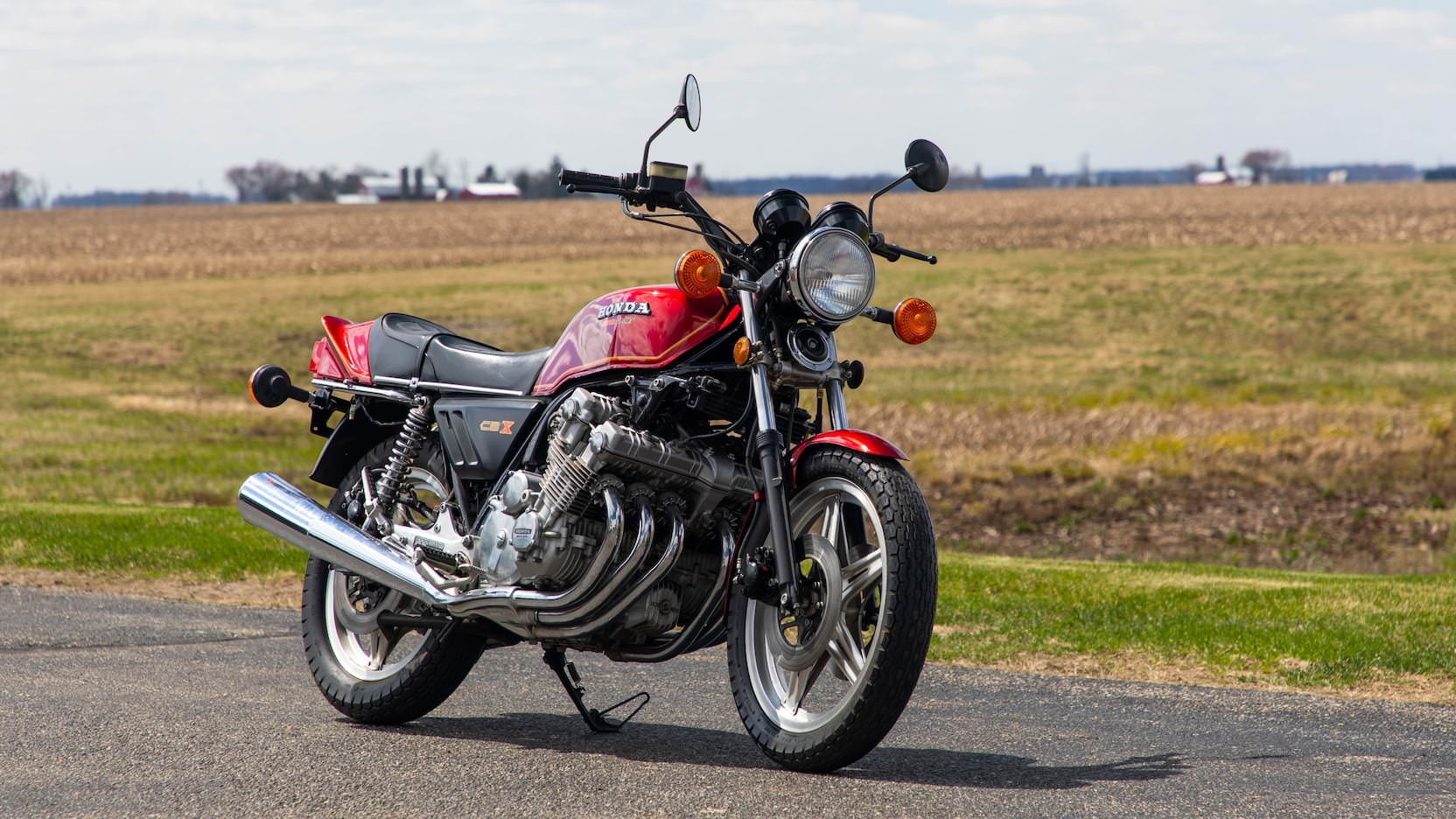