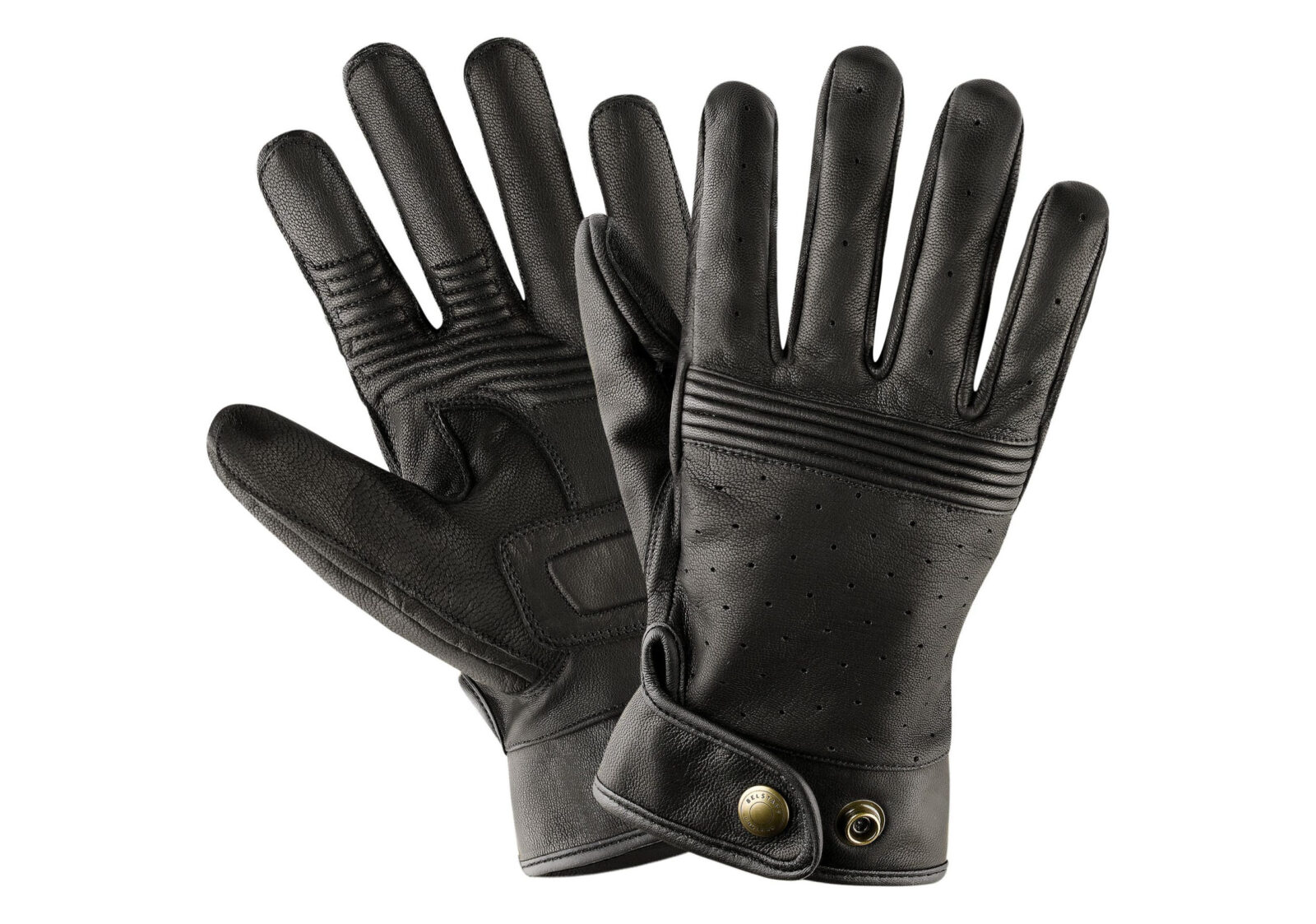 These are the new Belstaff Montgomery gloves, they’re classically styled motorcycle gloves from one of Britain’s oldest motorcycle outfitters that have been developed specifically for warmer weather use.

Belstaff was founded in 1924 by Eli Belovitch and his son-in-law in Staffordshire, the company name was formed as a portmanteau of the first three letters of “Belovitch” and the first five letters of “Staffordshire”. Belstaff was one of the first companies to use waxed cotton canvas material to create waterproof jackets and other apparel for motorcyclists – this material was breathable, inexpensive to manufacture, and it provided excellent water resistance. 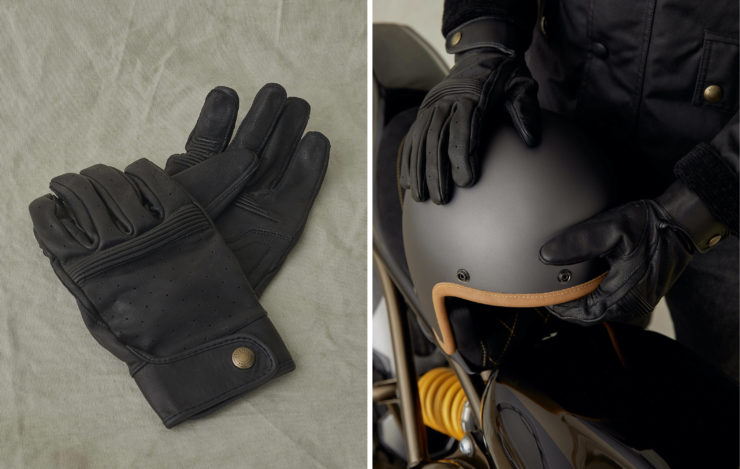 The Montgomery gloves by Belstaff are made from goatskin leather, highly prized for its softness and its abrasion resistance. The back of the gloves is perforated to promote airflow and keep your hands cool and dry, they also have accordion stretch panels over the knuckles to ensure you can wrap your hands around the handlebars without any binding or pinching.

Importantly for any modern motorcycle glove, the Montgomery has touchscreen panels on the index fingers so you can use your GPS, and so that you can use your phone when stationary without having to de-glove each time. The wrist closures are by brass snaps and there are two tightness settings, and the palm of the gloves had a double layer leather section for additional abrasion protection. 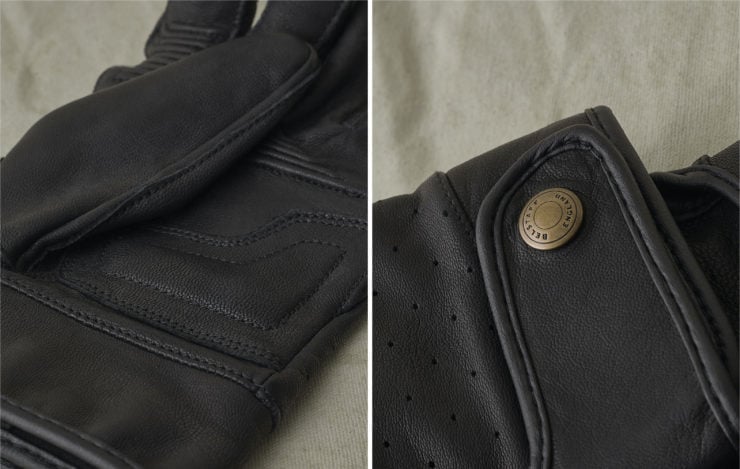 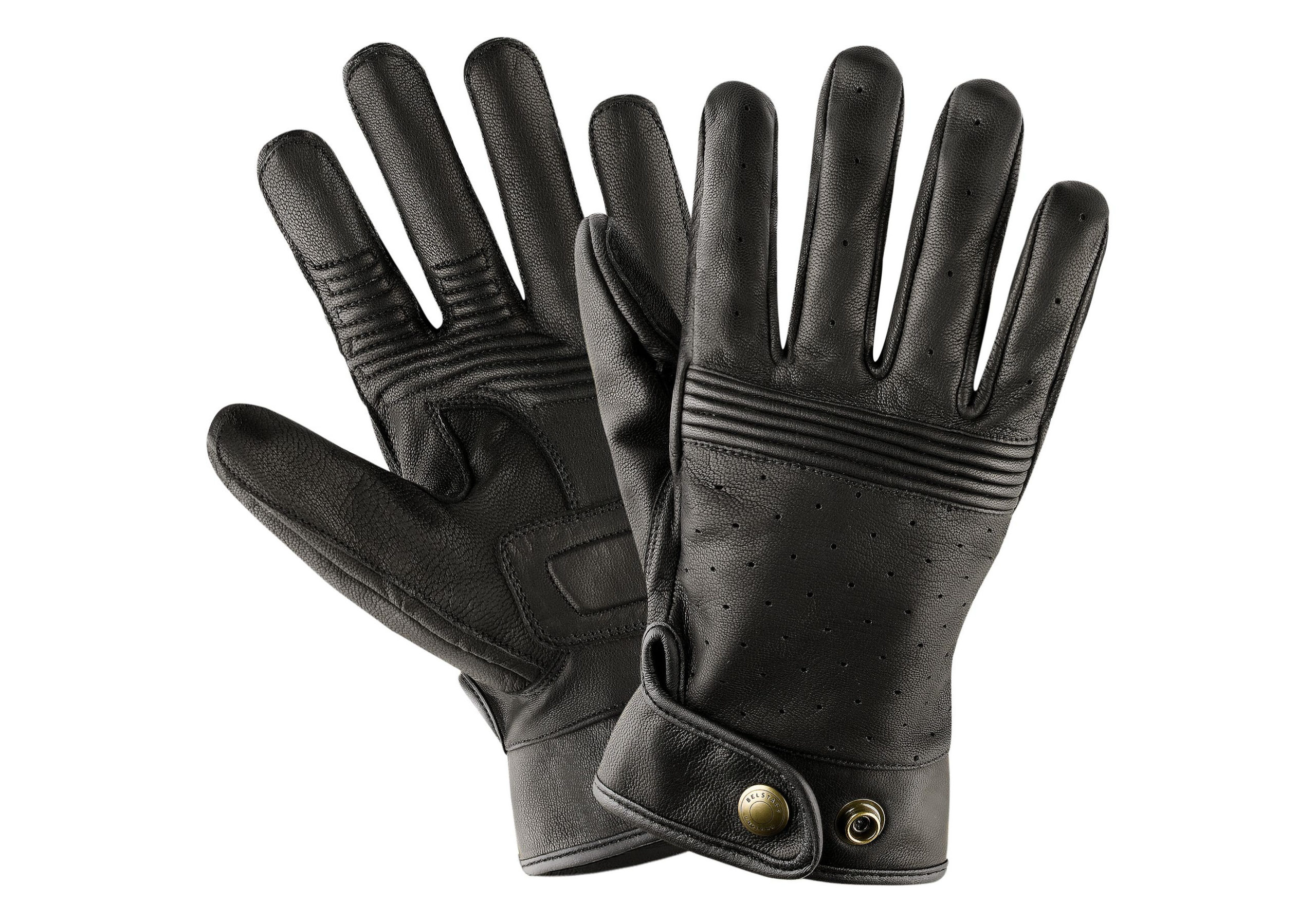