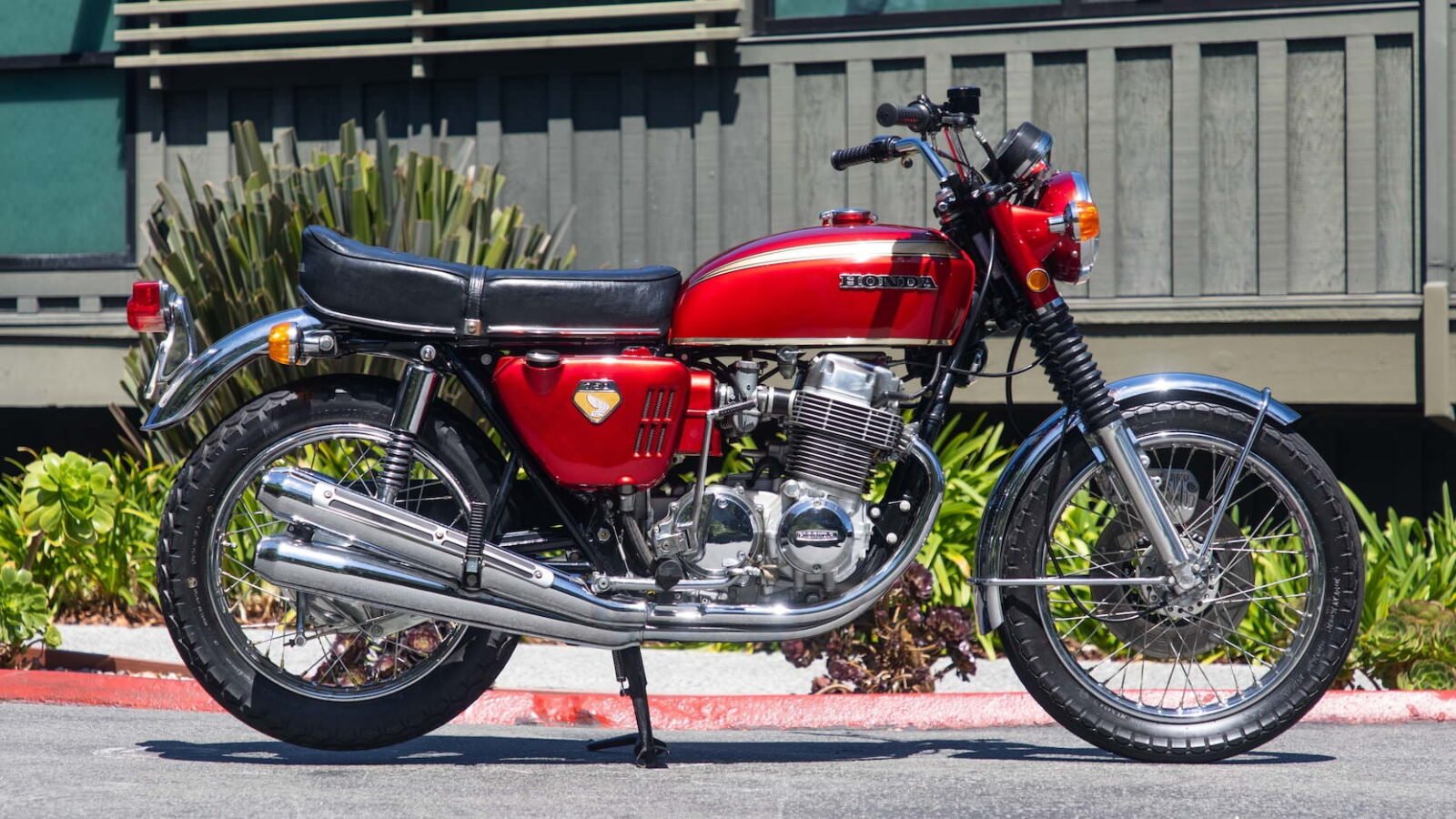 This is an original Honda CB750 Sandcast, it’s called a “sandcast” because it was built in the first year or production when sand-casting was still being used to cast the crankcases.

Honda quickly released that the demand for their new “big” motorcycle was so strong that sand-casting wouldn’t be feasible if they wanted to capitalize on its popularity, so they invested in metal die-casts. Due to the huge historic significance of the CB750, these rare early sandcast models are now highly sought after and typically fetch a price premium over their metal-cast counterparts.

It’s difficult to overstate the importance of the Honda CB750 on motorcycle history, some have called it the first modern motorcycle, and the word “super bike” was coined specifically to refer to it. When the CB750 was released in 1969 the motorcycle word was a very different place, large capacity British and American bikes dominated, with Italian and German bikes not far behind. Kickstarters were commonplace, as were drum brakes, oil leaks, and breakdowns. 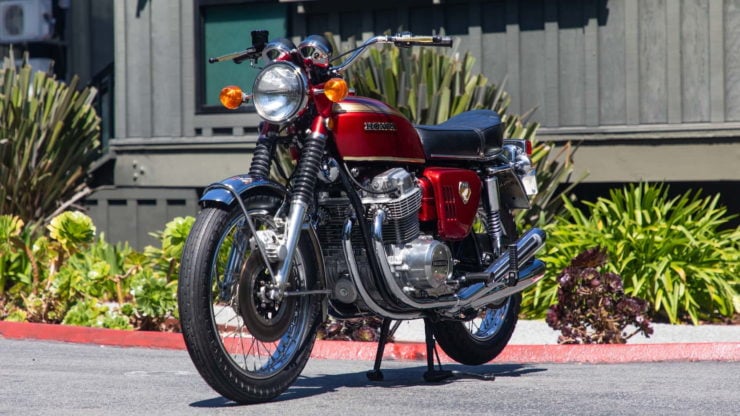 Honda developed the CB750 to fulfil the wishes of their US dealer network, who wanted a large capacity motorcycle to compete with the likes of Triumph, Norton, BSA, Harley-Davidson, BMW, MV Agusta, and the others. Although the executives at Honda weren’t sure there was much of a market for the 750cc model they went ahead with it, designing the bike with an electric starter, a horizontally split crankcase, an overhead cam, and reliable electrical and mechanical systems.

They launched the bike in 1969 with an MSRP of $1,495 USD at a time when most large capacity motorcycles were selling for between $2,500 to $4,000+ USD. The combination of a winning price point with easy to live with reliability made the CB750 an instant hit in the USA as well as other global markets where it was introduced.

Other Japanese marques weren’t far behind, and before long Kawasaki, Suzuki, and Yamaha all had their own large four cylinder bikes on the market, all of which were so similar from an engineering perspective that they were nicknamed the “UJM” for “Universal Japanese Motorcycle“. 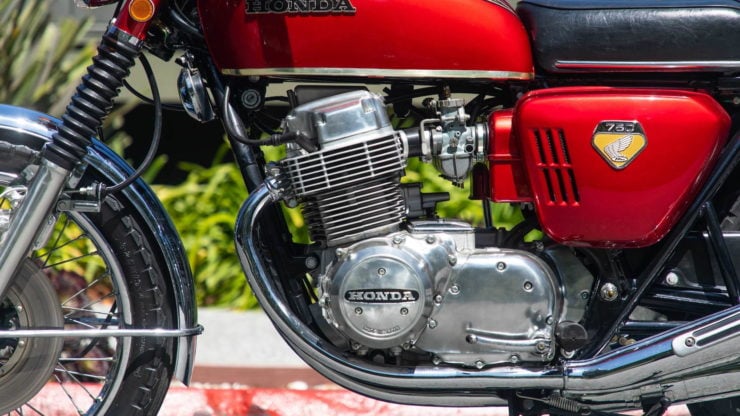 There can be no doubt that the CB750 is one of the most important and significant motorcycles of the 20th century, the influence the the model had on both Japanese and global motorcycle markets is well documented and makes it a popular choice with enthusiasts today.

The motorcycle you see here is a sandcast model from the first year of production, 1969 was a time when Honda really didn’t know if this bike was going to sell in significant numbers, so there are many slight variations on these bikes as the parts were updated.

This model wears the distinctive red and gold livery that the CB750 would become famous for, it’s number 1,484 and it benefits from a restoration in the 1990s. Since the restoration it’s had just 400 miles or so put on it, and it’s presented now in excellent overall condition. 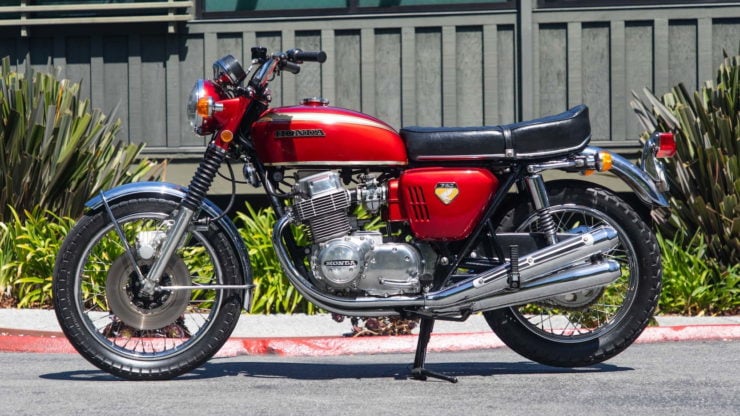 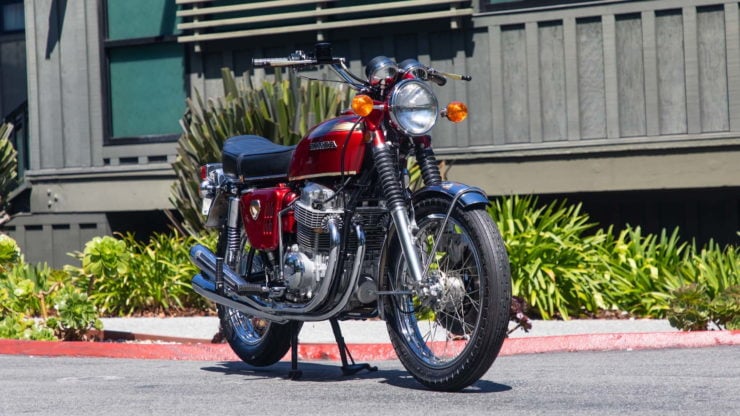 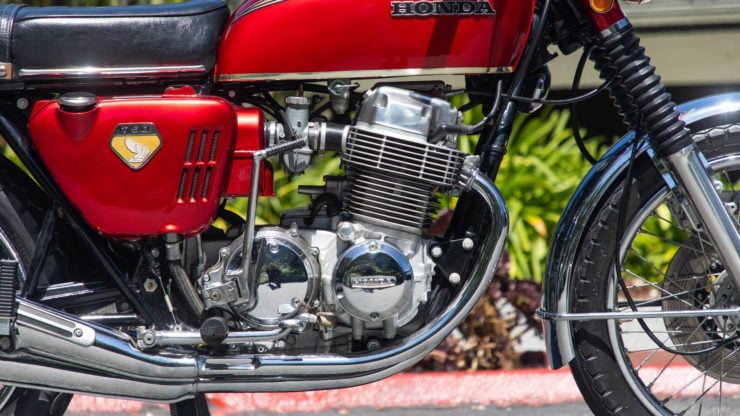 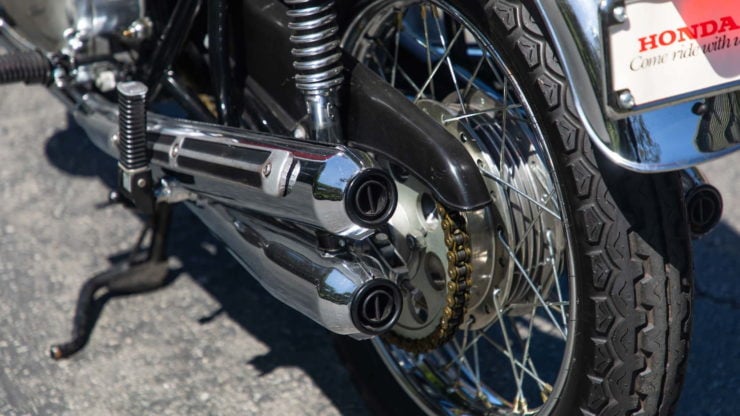 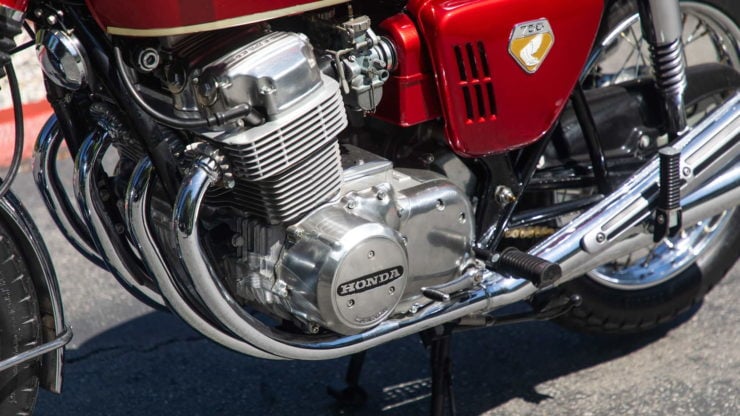 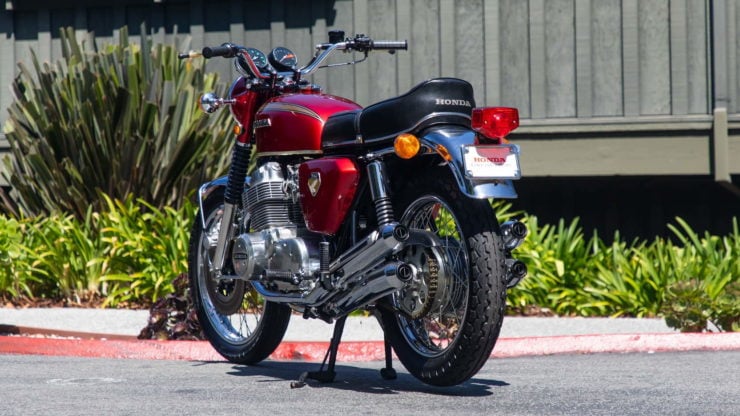 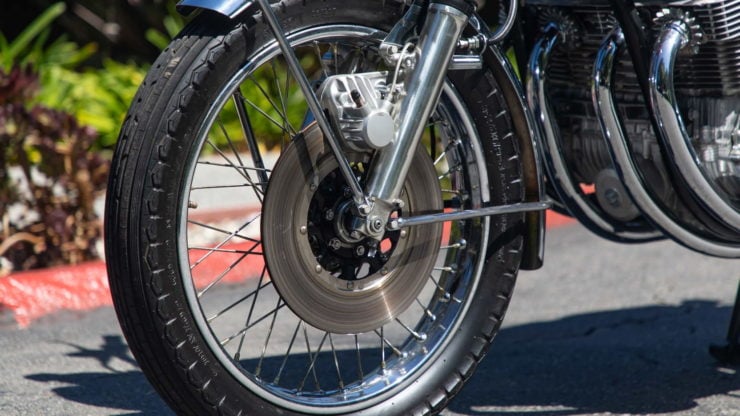 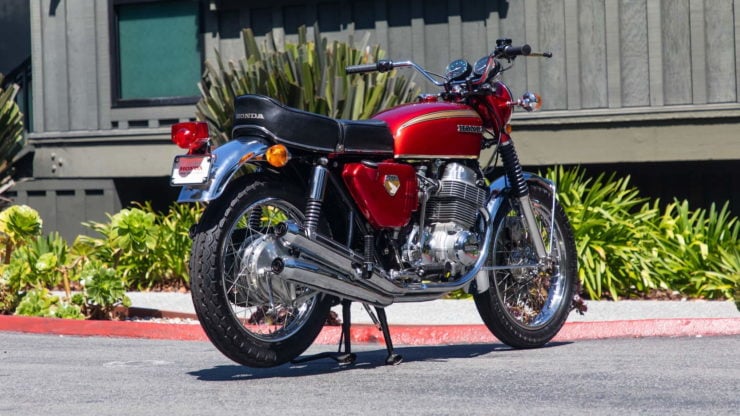 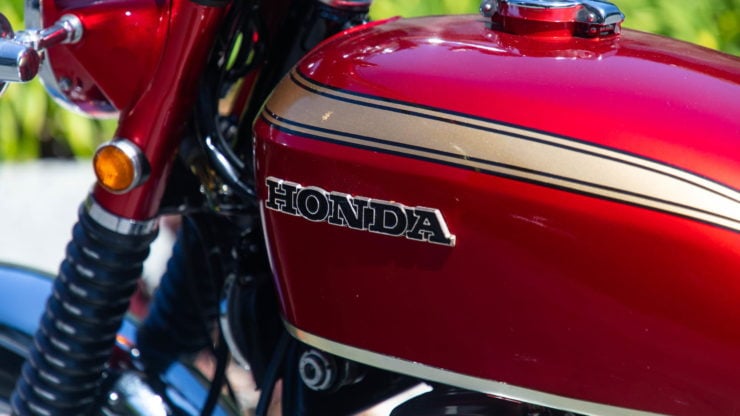 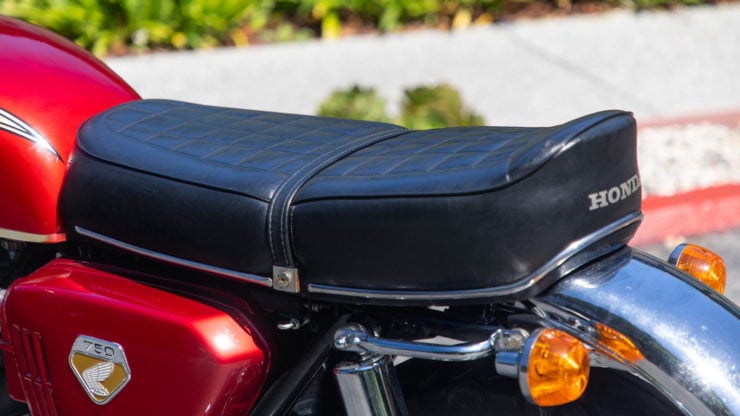 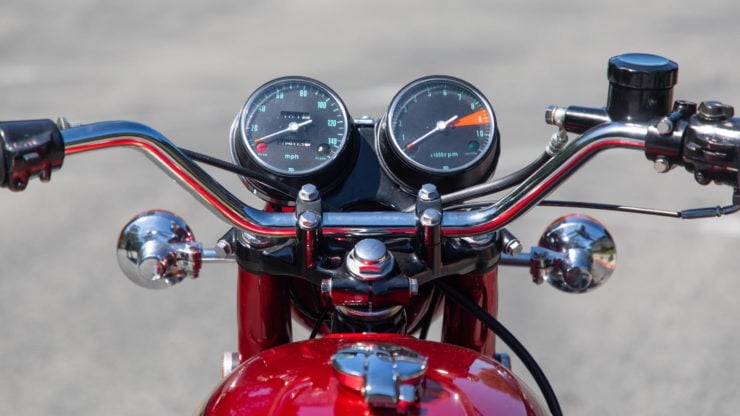 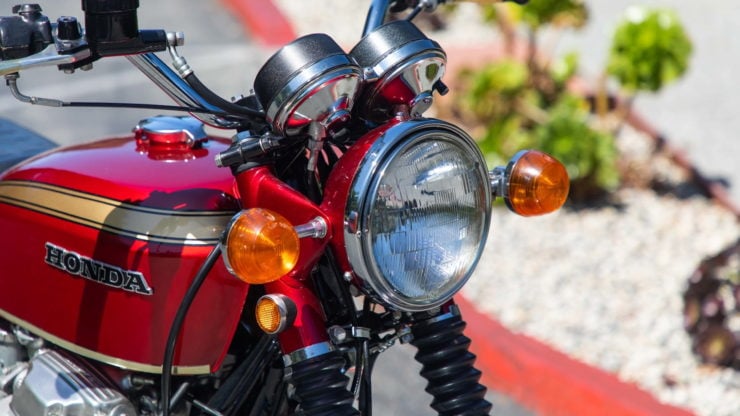 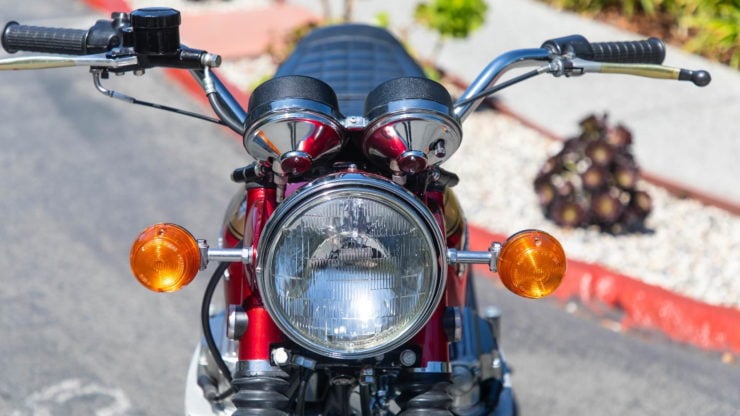 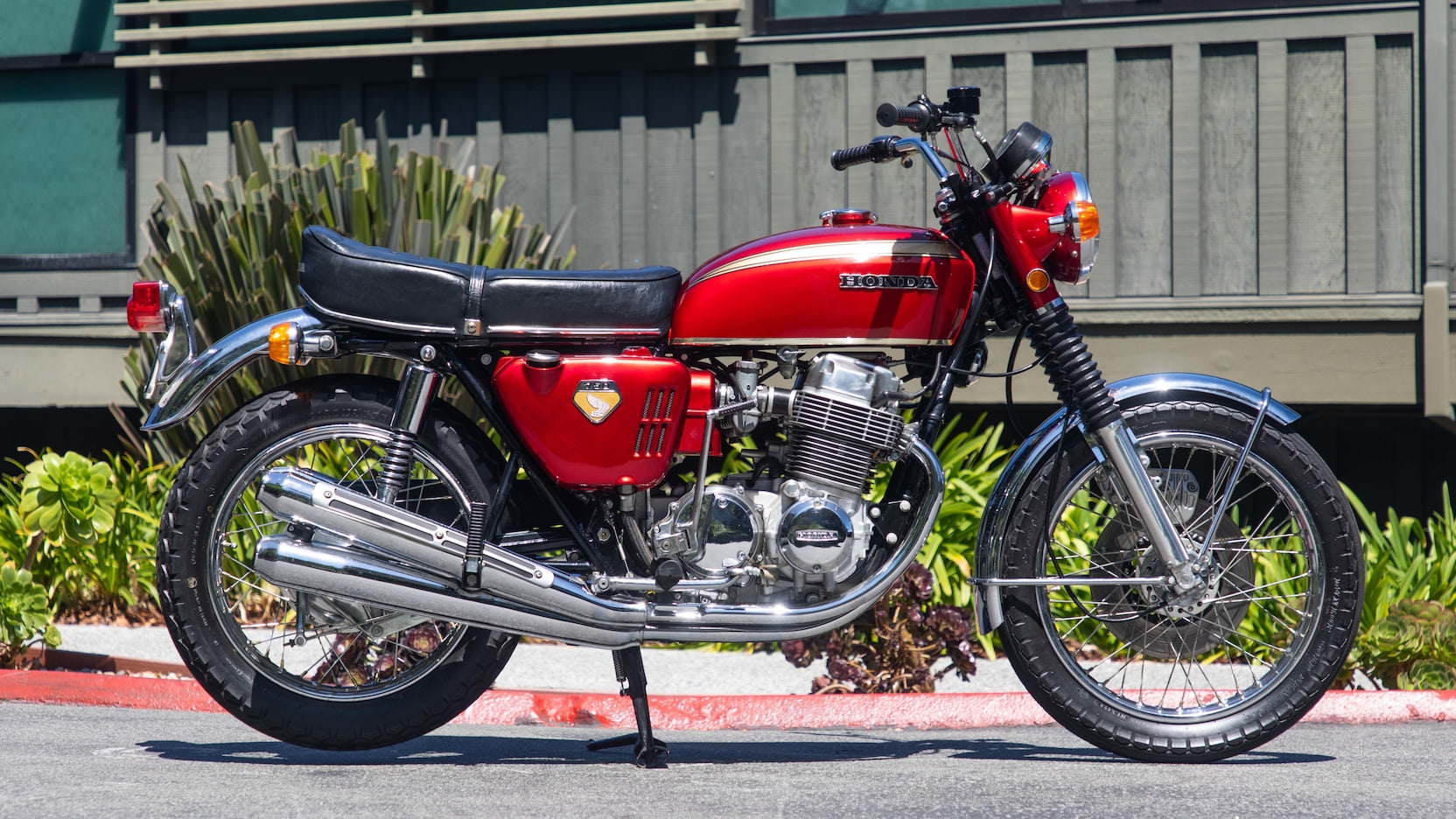