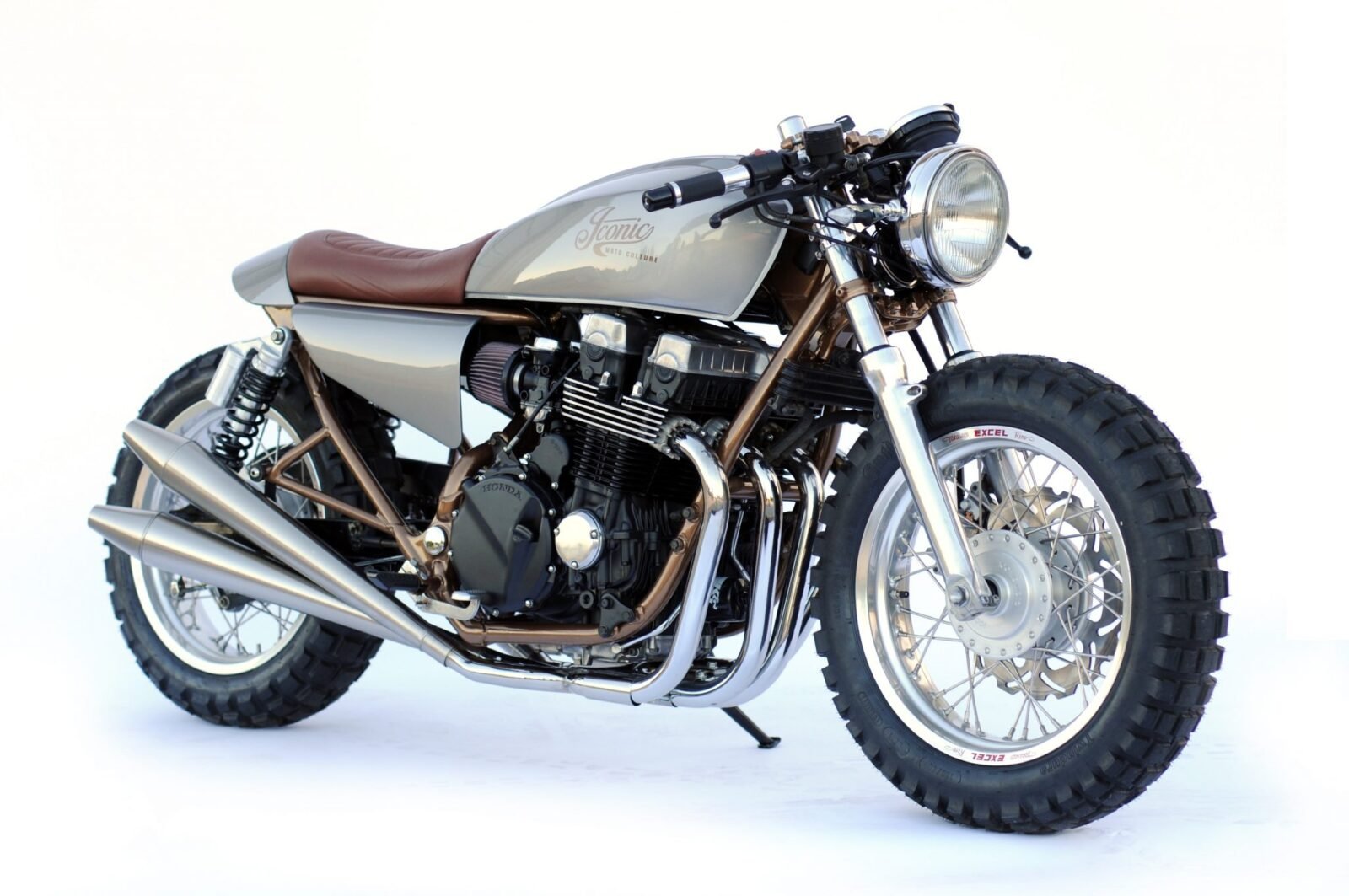 The Honda CB750 Nighthawk is a motorcycle that has seen very little attention from custom builders. There are a few out there, but they’re pretty thin on the ground and don’t land in the email inbox all that often.

Honda built the Nighthawk CB750 from 1982 till 2003, it was aimed squarely at the affordable cruiser market, with a relaxed seating position, higher handlebars, and an elongated fuel tank.

The engine was the same basic unit used in the regular CB750, an updated version of the original SOHC CB750 engine now with DOHC, updated internals, and a new gearbox. Collectors and custom builders don’t tend to pay much heed to the DOHC engine version of the CB750 – despite the fact that it’s more reliable and more powerful. Though this may begin to change as the originals become rarer.

The custom Nighthawk you see here is the work of Iconic Moto, a custom garage based out of South Bend, Indiana. The team is made up of three people, and all of their work is done out of a one-car garage – although they have big plans for the future.

This bike is a customer build and it started as they all do – with a full teardown and an examination of the parts. Even though the donor bike only had 11,000 miles on the odometer it was decided that a full engine rebuild would be done, and the rear subframe would be cropped to match the new bespoke rear cowling.

The new lockable seat was upholstered locally by Aeromotive Custom Trim Shop in Plymouth, and the fuel tank was taken from a 1978 CB750 – as they felt it looked better than the original. Once the four carburettors had been rebuilt, a stage 3 jet kit was fitted with twin dual flange K&N air filters. The exhaust is a 4-into-4 with stainless Cone Engineering 27” Straight Core mufflers and bespoke twin X mid-pipes.

Those eye-catching wheels were built by Cognito Moto with Excel aluminium rims, the front measures in at 17”x3.5”, and the rear at 17”x4.25″. The chunky tires are matching Continental Twinduro TKC80 Dual Sports, 130/80-17 front and 140/80-17 rear – although this might not be hugely practical, the owner specified it because he wants the option to explore forest trails and fire roads.

The completed bike is a testament to the attention to detail that Iconic Moto are becoming well known for, if you’d like to see more of their builds you can visit their official website here. 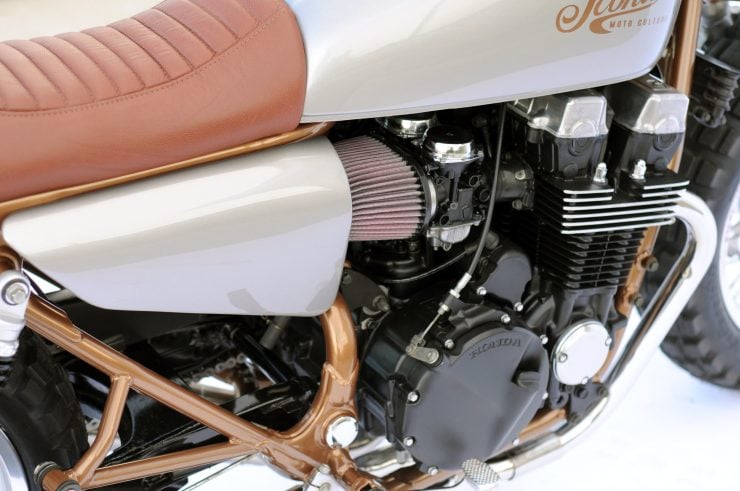 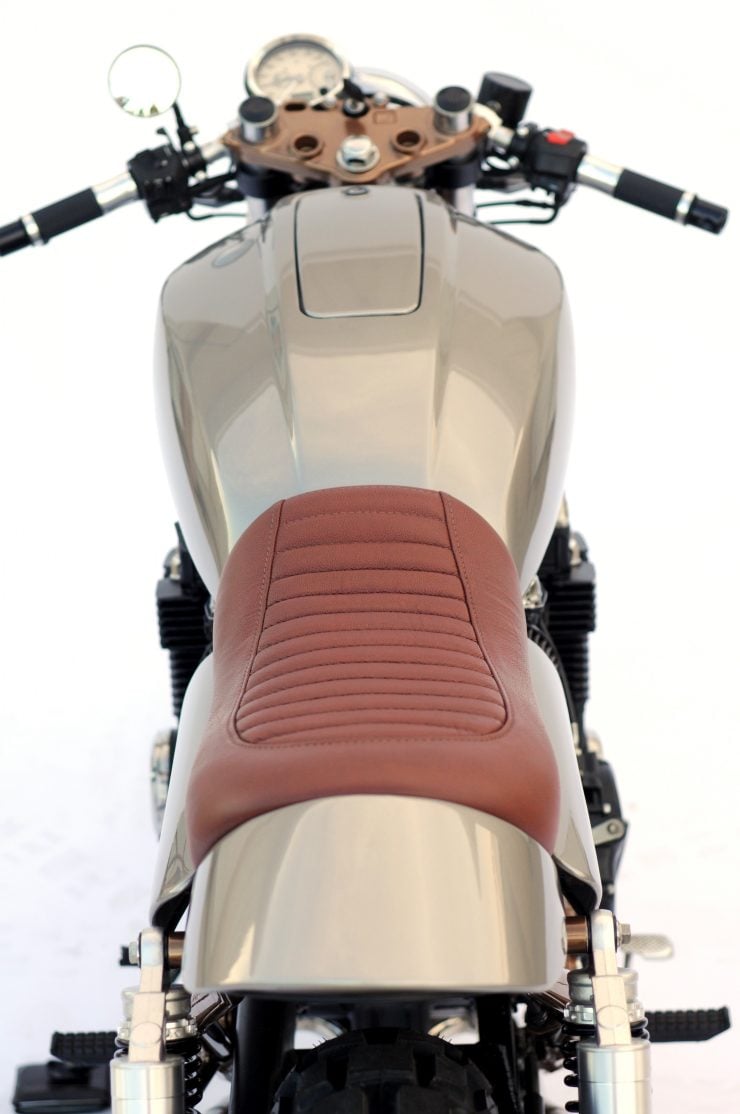 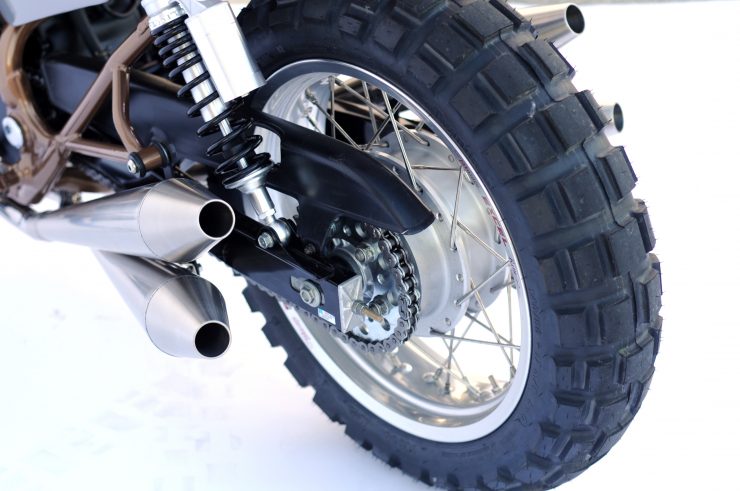 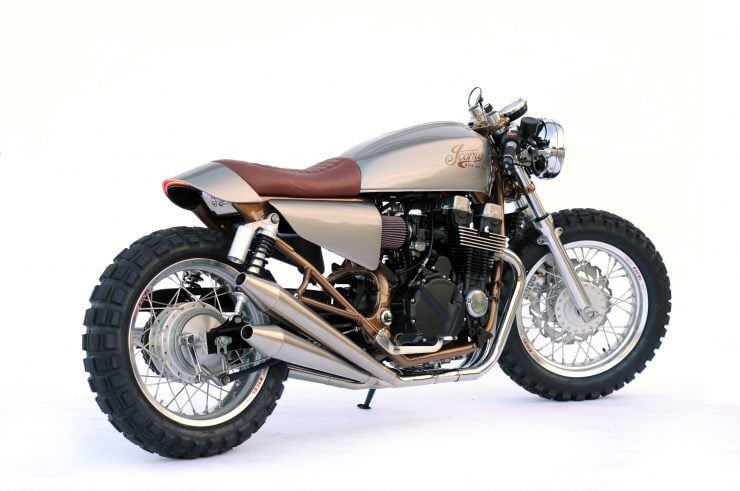 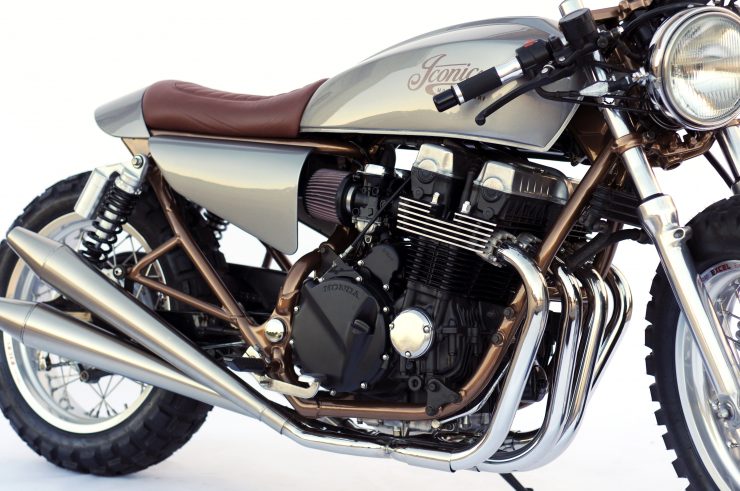 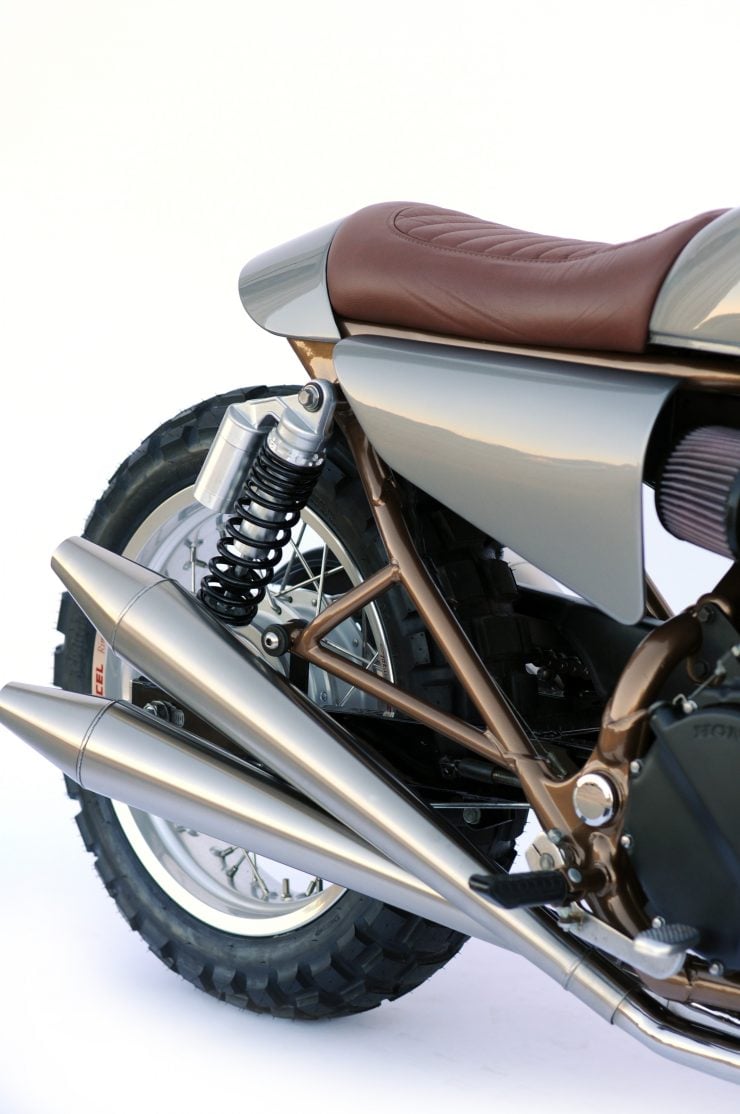 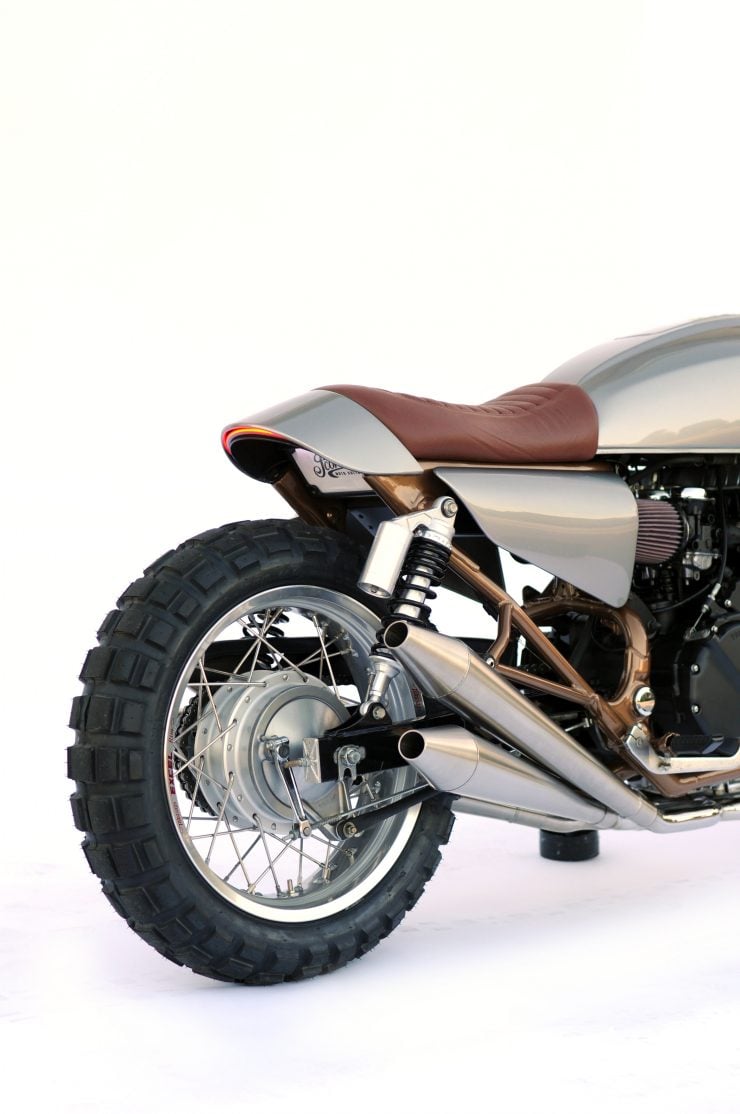 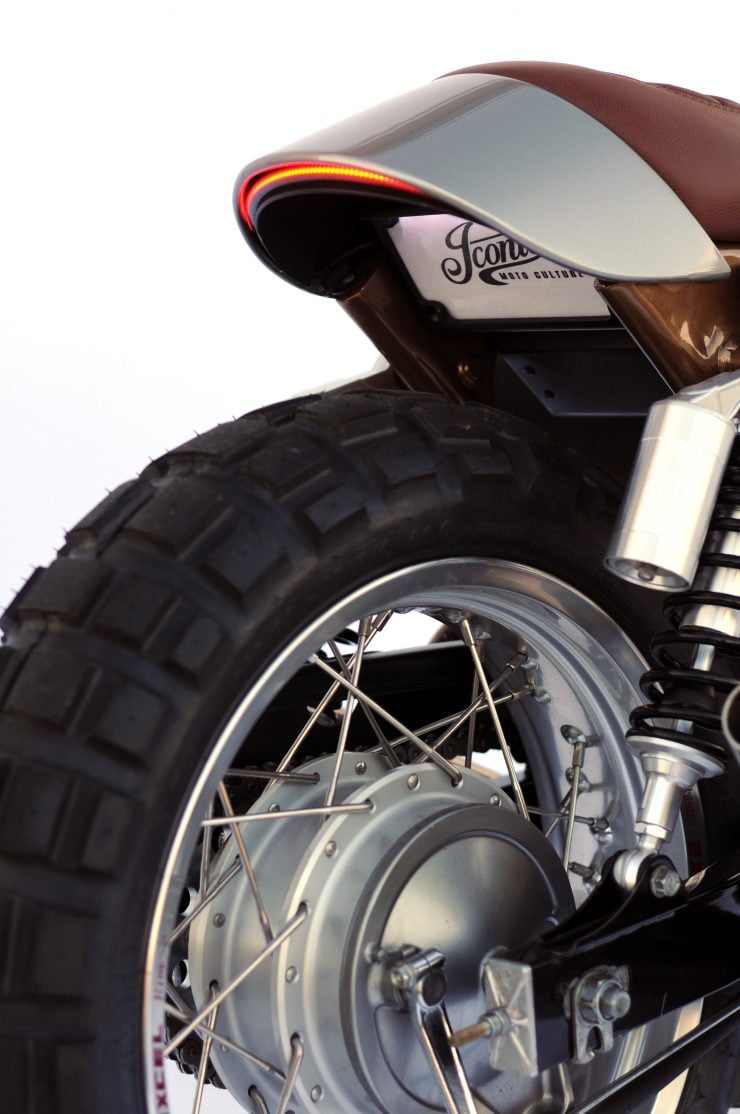 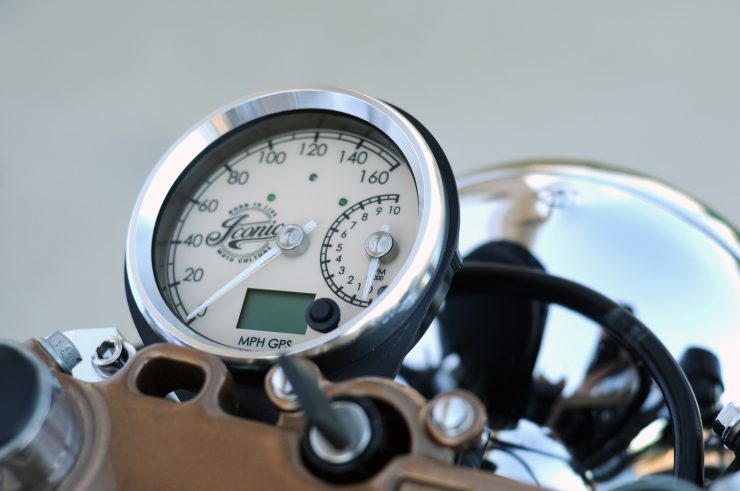 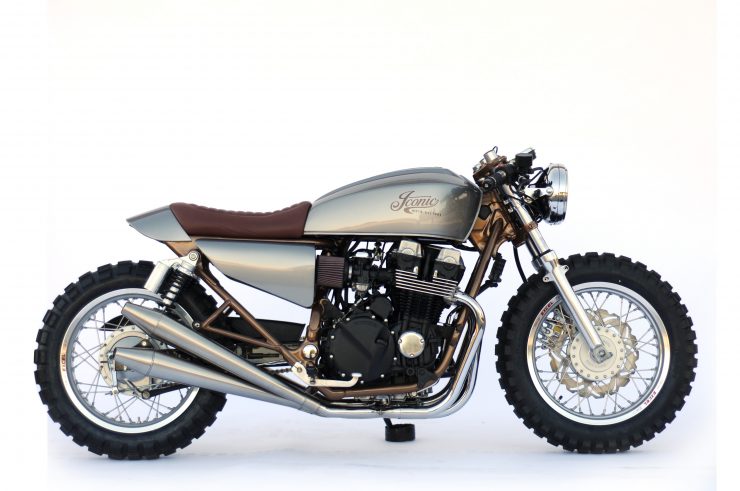 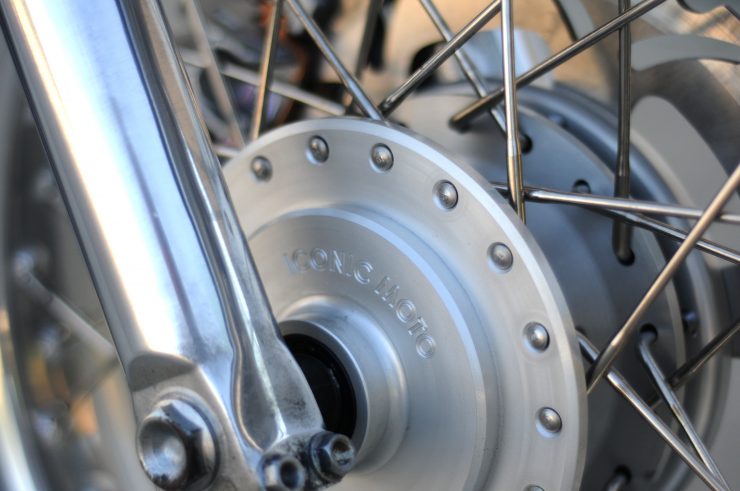 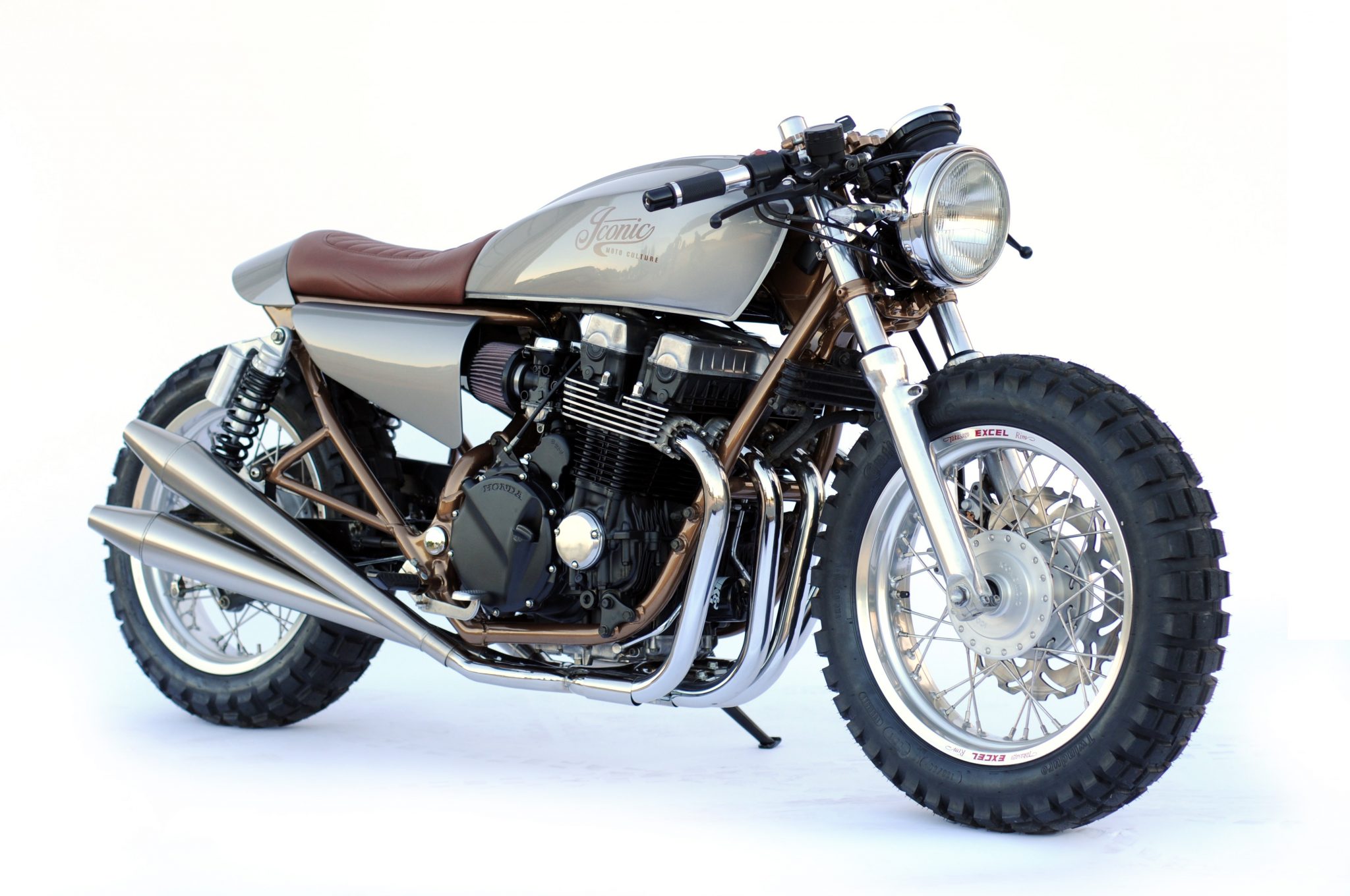