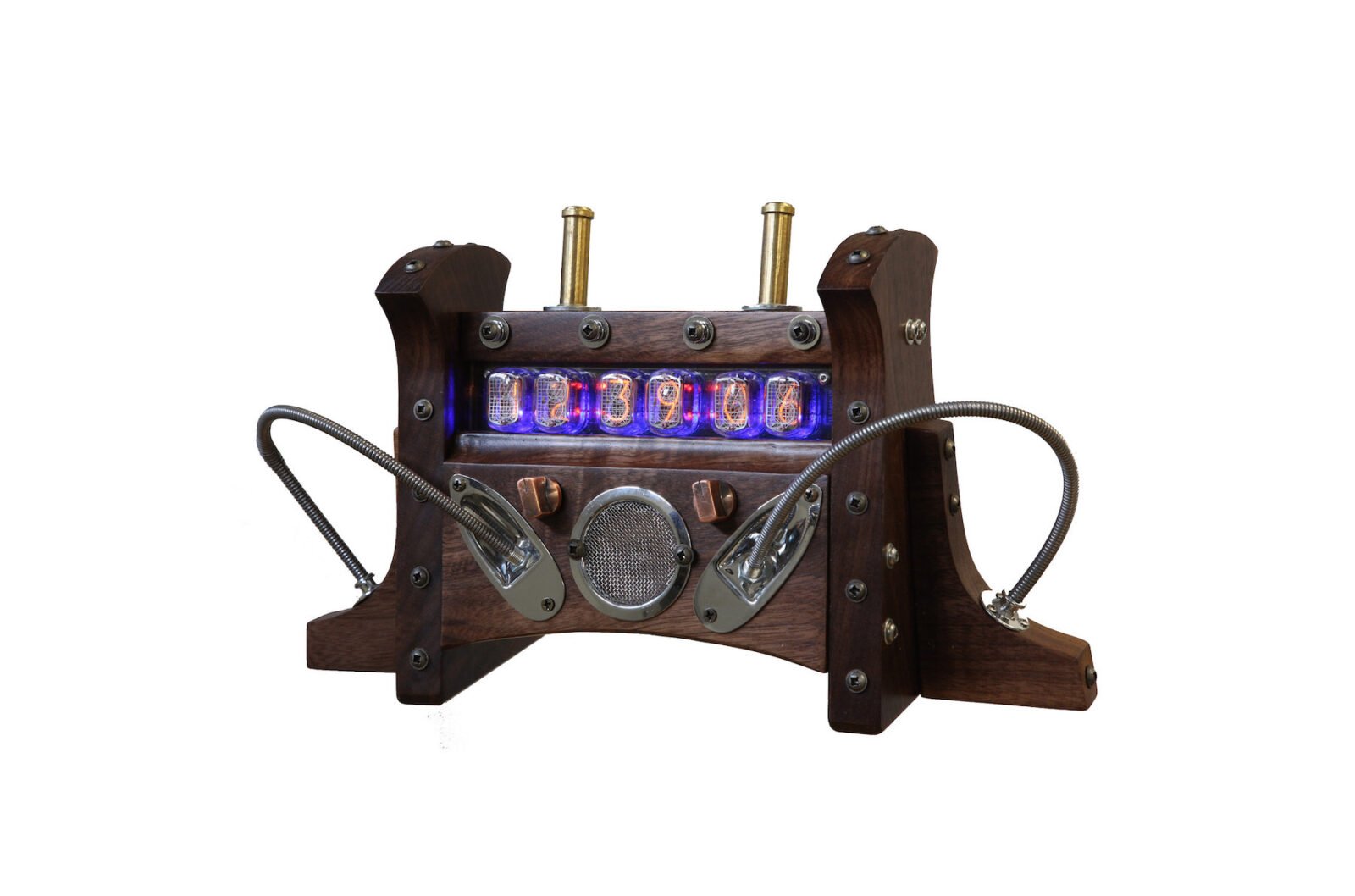 These steampunk nixie tube clocks are handmade to order from black walnut, brass, stainless steel and long-life nixie tubes. Each one is made in the United States and can be shipped with power supplies that suit mains electricity in almost any country, including Canada, the USA, Australia, the UK and the EU.

Nixie tubes are neon gas filled glass tubes containing a series of sandwiched filaments in the shape of numbers 0 through 9. When one of those filaments has a charge applied, the nixie tube will light up with a soft orange glow – in this case displaying the time or date depending on which setting you’ve chosen. 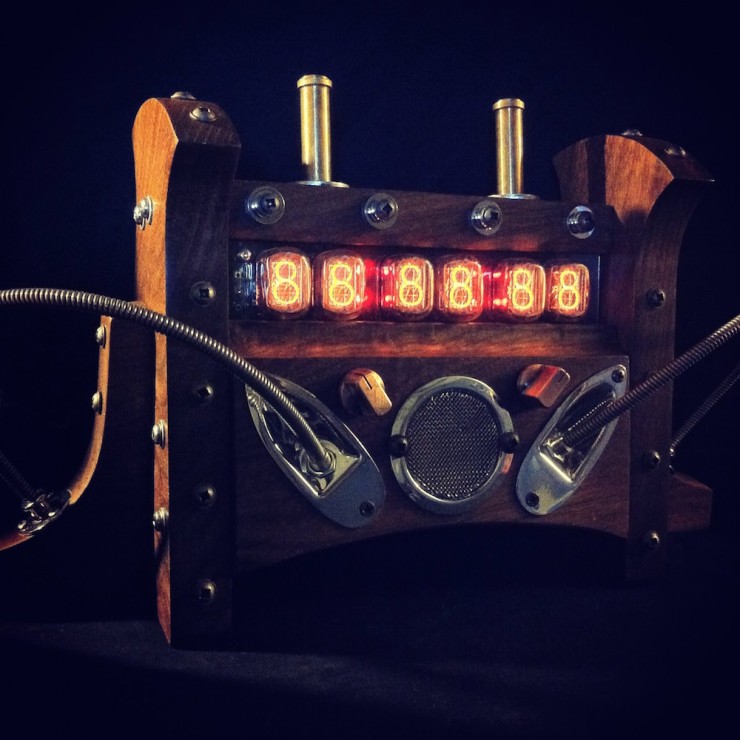 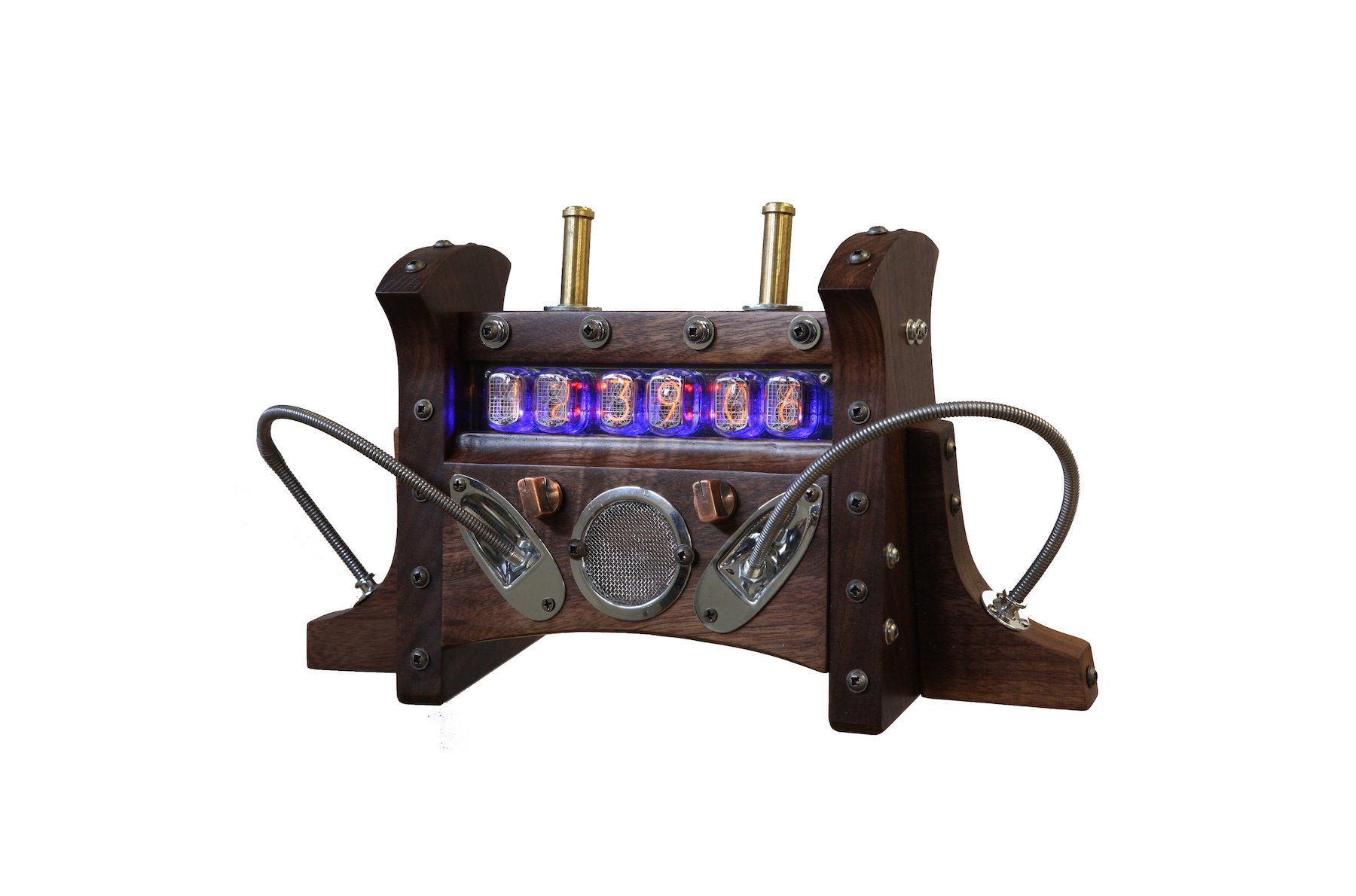