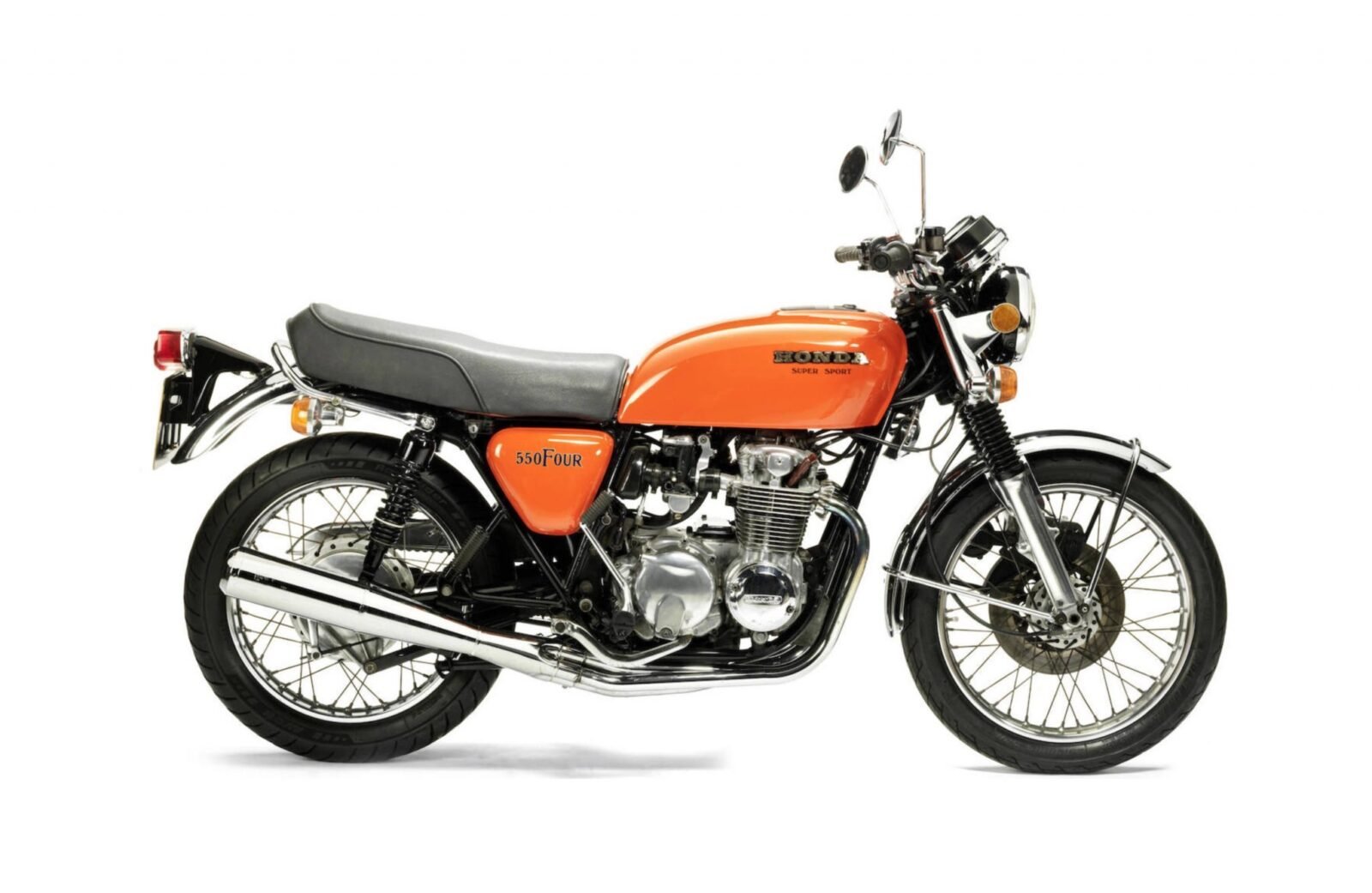 Honda introduced its CB550 series in 1974 as mid-sized alternative to the Honda CB750 – the bike for which the moniker “superbike” was invented. Being the little brother to one of the most famous bikes of its generation has never been easy for the CB550, or the CB500 before it – and even today the model is underrated by many.

Honda released the CB550 as the successor to the CB500, both bikes shared many components including the engine architecture – which had a new crank fitted to give the additional 10% in swept volume. The CB550 power unit is notably smaller and lighter than the CB750 unit – although both engines look quite similar to the uninitiated.

It’s now 40 years since the Honda CB550 went out of production – and it’s getting more and more difficult to find all-original examples like this one. Most of the bikes you’ll find for sale have been customised – typically into cafe racers but you’ll also find scramblers, choppers, bobbers, brat style bikes, and the occasional fully-faired vintage racer.

The example you see here is a CB550F – the F designation means its the Super Sport model with a 4-into-1 exhaust, fewer chrome trimmings, flatter more sports-oriented handlebars, and different side panels. Typically the CB550F is slightly more desirable than the more common CB550K, and an argument could be made that it’s actually a better daily rider than the CB750.

The UK-delivered 1976 Honda CB550F you see here is offered in original condition throughout – right down to the eye-catching orange paintwork. As with all the bikes wearing the CB550F badge it has a 5-speed manual transmission, an electric starter, a front disc brake and a rear drum unit. The lighter weight of this model makes it a fun bike to ride regardless of whether you’re blasting around city streets or hunting for that perfect B-road.

If you’d like to read more about the bike or register to bid on it you can click here to visit Bonhams – it is estimated to be worth between £2,000 and £2,500, which seems like bargain for a survivor like this. 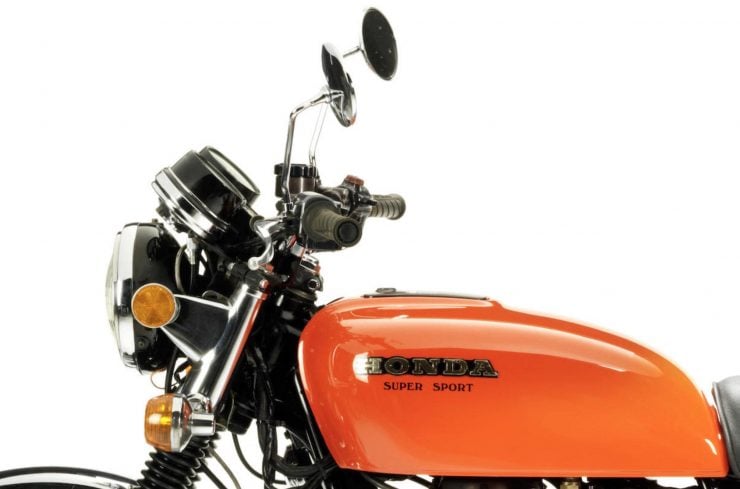 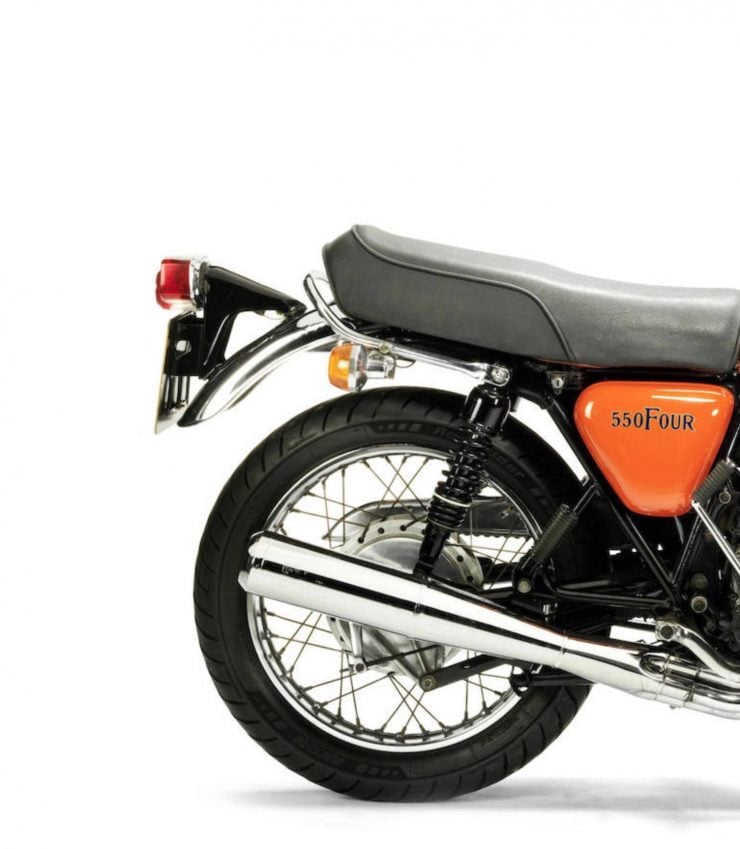 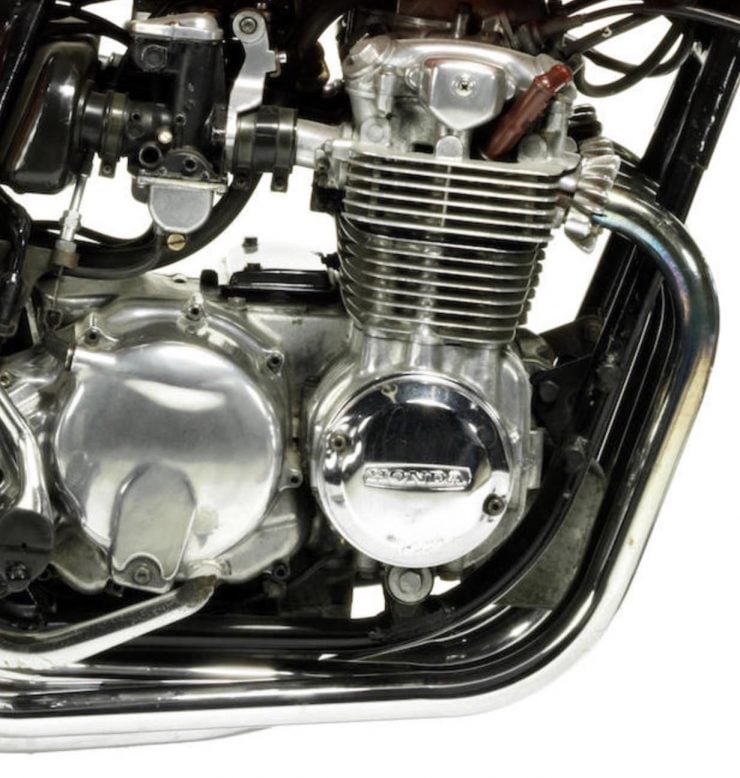 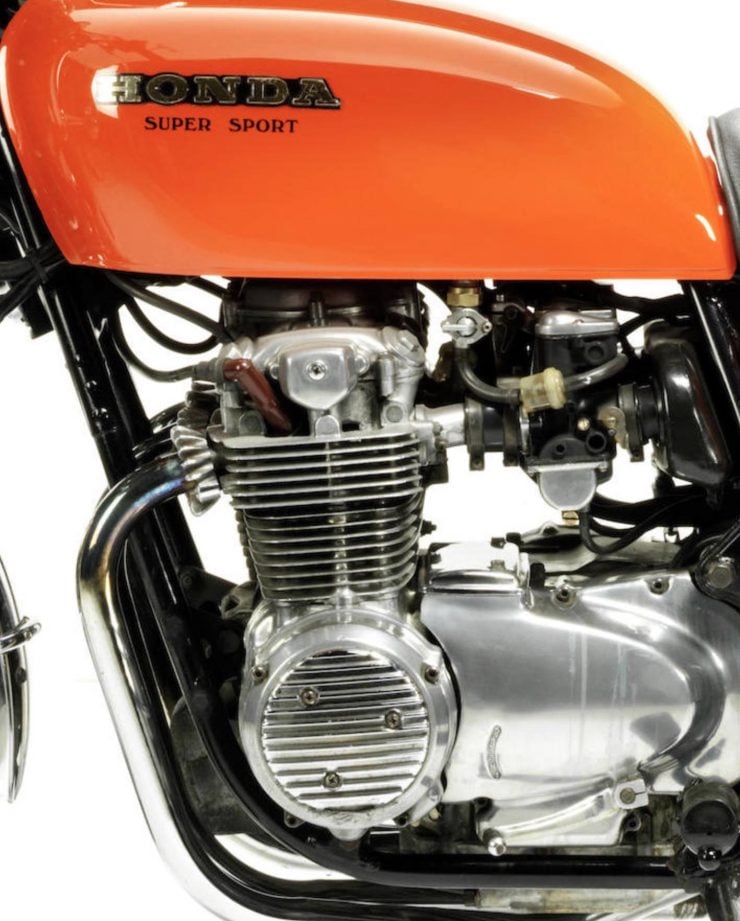 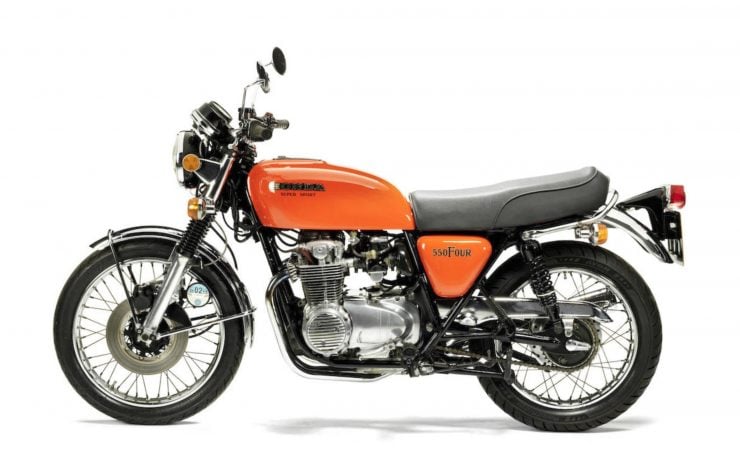 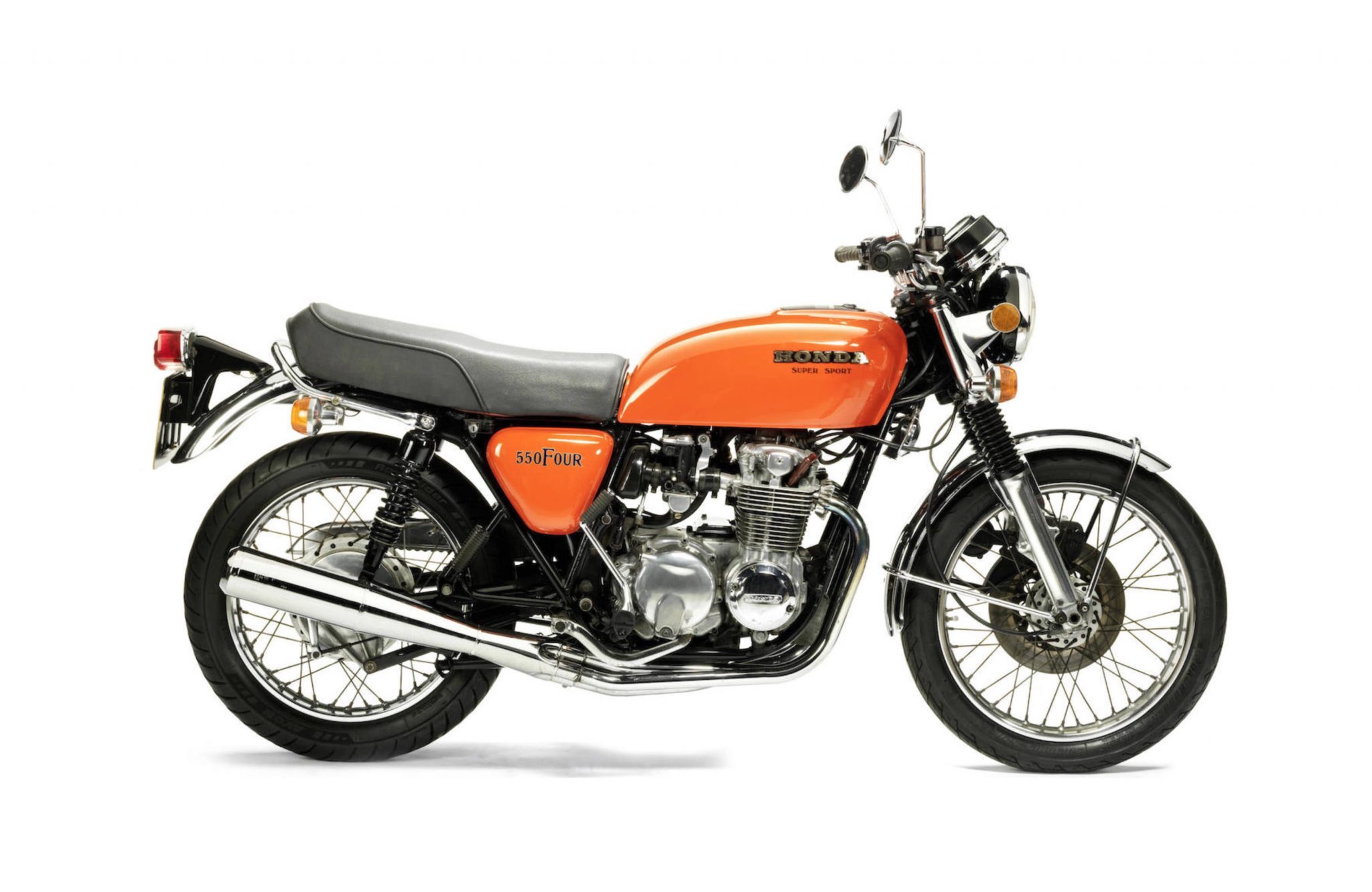