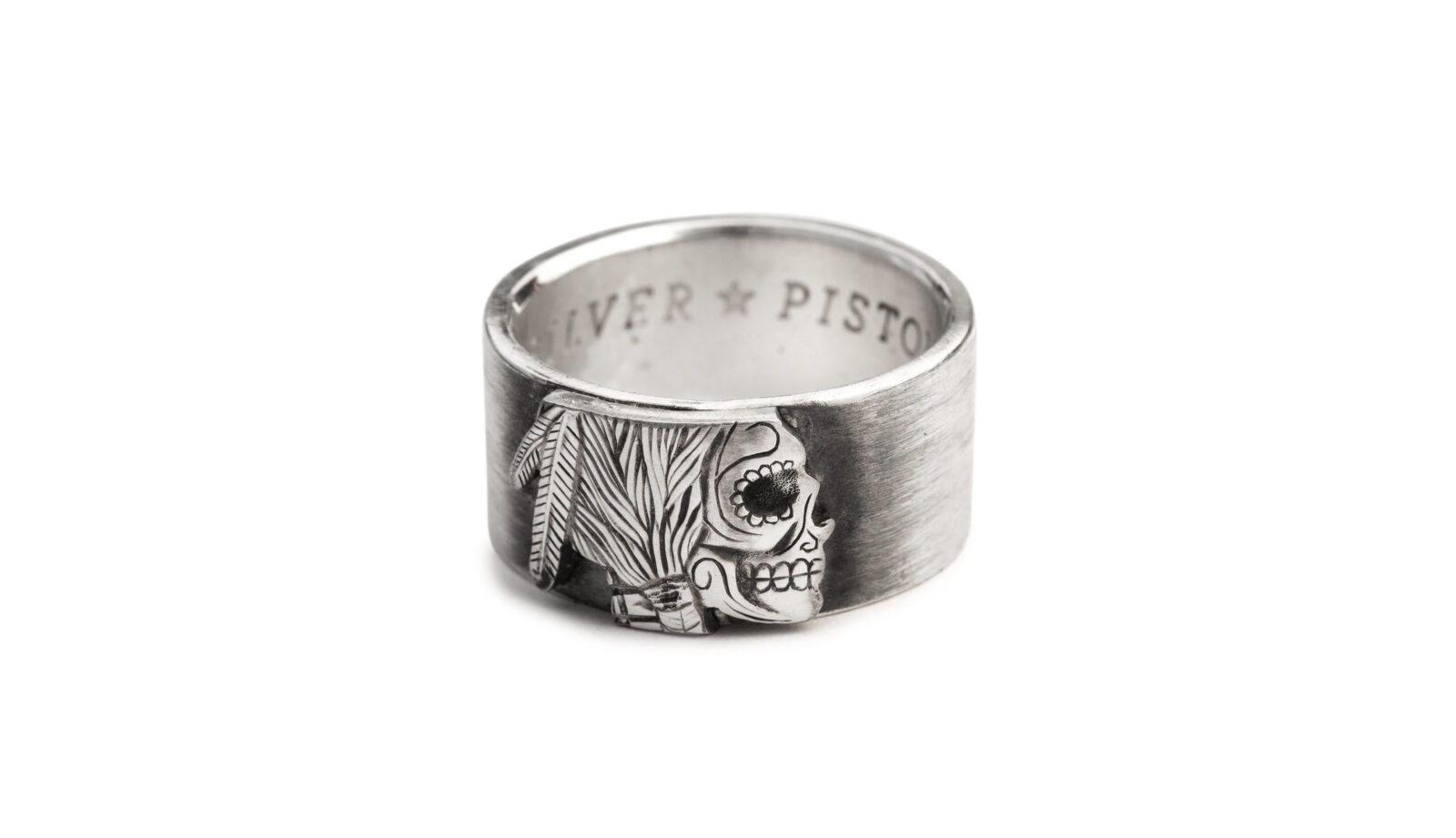 The Hobo Nickel is the American version of an art form that began to appear in the mid-1700s as sailors, travellers and railwaymen whiled away the hours by carving their coins into miniature works of art.

This series of rings by Silver Piston feature a hand-carved Dias de los Muertos Indian head in the style of many Hobo nickels, and the rings can be ordered in either silver or gold. 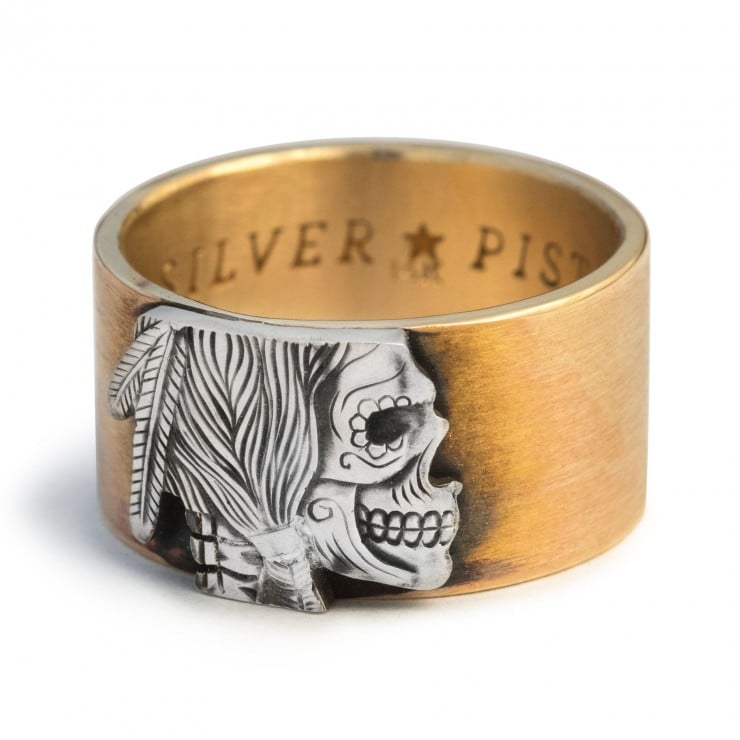 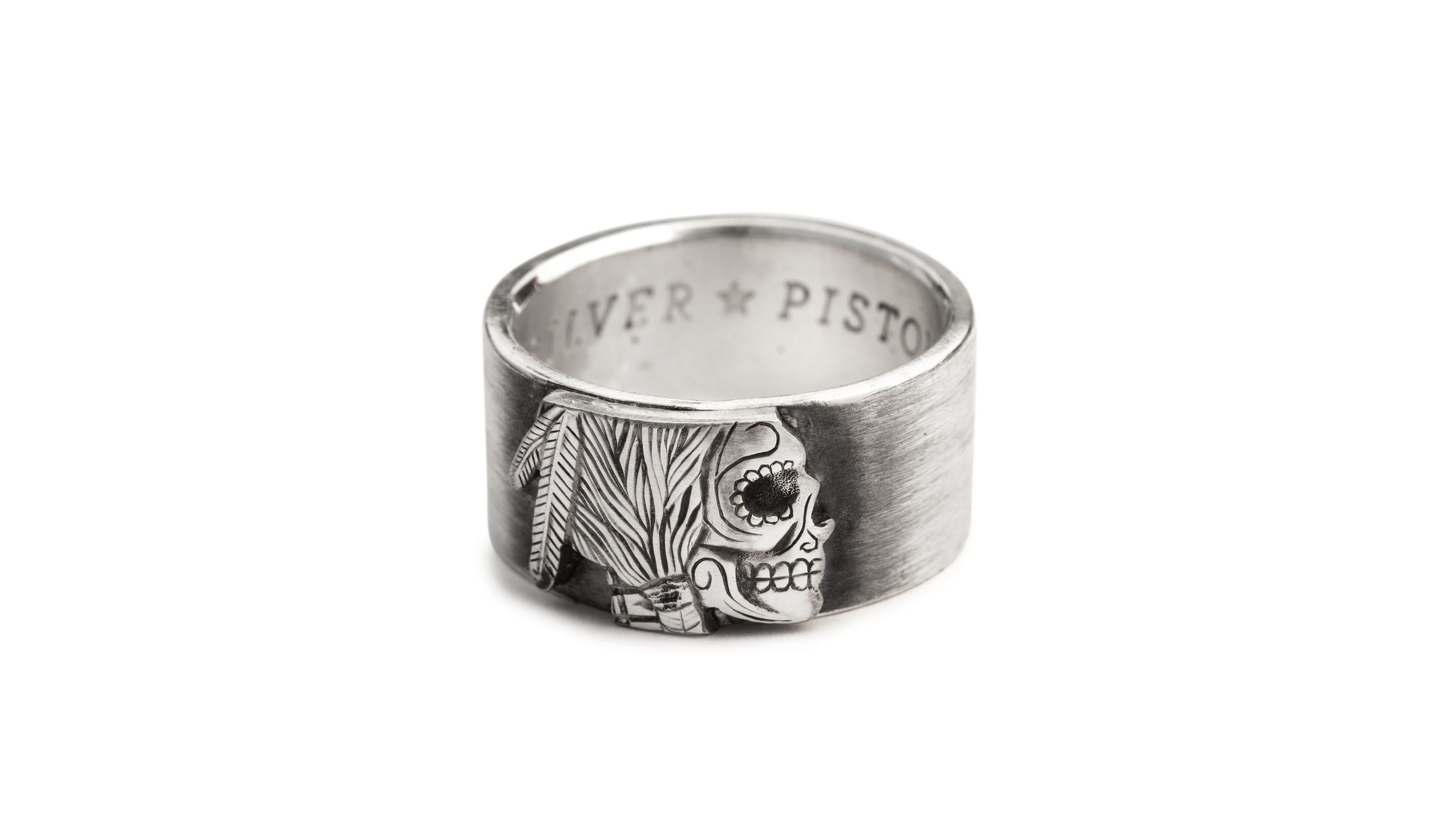