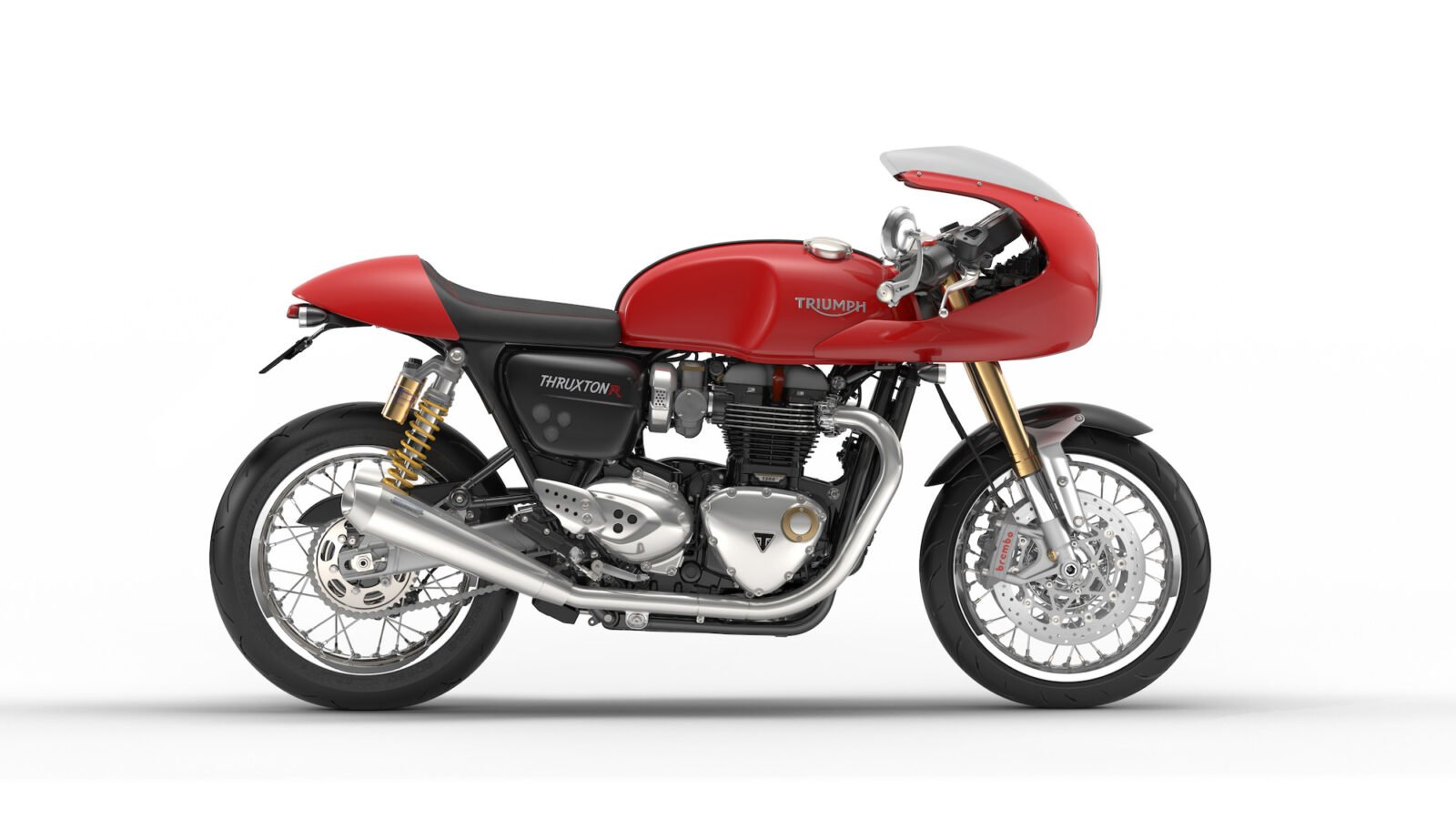 The Triumph Thruxton R is the top of the line model from the new generation of Bonneville-based motorcycles from the popular British marque. Only introduced in the last day or so, the new models have been hotly anticipated due to the fact that the outgoing Bonneville model-line had become one of the most popular platforms for custom motorcycle builders from New York to New Zealand and everywhere in-between.

The Thruxton and Thruxton R are fitted with the all-new 1200cc “high power” engine with a lighter crank, a higher compression ratio, and a modified airbox. The engine produces 112Nm of torque at 4950 rpm – 62% up on the outgoing Thruxton, so depending on the weight of the new bikes (which hasn’t been disclosed) it should be significantly quicker.

Triumph ships the Thruxton R from the factory with almost all the bells and whistles you could potentially want, including twin floating discs up front with racing monobloc calipers and a racing master cylinder. Suspension is significantly improved as well, with fully-adjustable Showa “big piston” forks and adjustable twin Öhlins shocks on the tail. The rubber is Pirelli Diablo Rosso Corsa front and back, and a clear anodized aluminium swingarm comes as standard. The exhausts are twin upswept reverse megaphones in stainless steel, ABS comes as standard and traction control is built-in with Road, Rain and Sport rider modes – the purists will be glad to hear that it’s possible to disable it.

As you’d expect with any Thruxton, the new one comes with clip-on handlebars, knee indents in the tank and a rear cowl.

Unlike the previous generation, the new Bonneville-class engines are both water and air-cooled. This has allowed Triumph to significantly improve both power and fuel economy – and they’ve tucked the radiator subtly between the frame down tubes.

As you might expect, Triumph have launched the new models with an accompanying aftermarket parts catalogue. Although it’s a matter of personal preference, I think the headlight fairing and rear fender elimination kit that’s been applied to the Thruxton Rs immediately above and below looks so good it should probably come fitted as standard. The original Thruxton had a headlight fairing after all – which helped it become the first motorcycle to break the 100 mph lap at the Isle of Man TT. 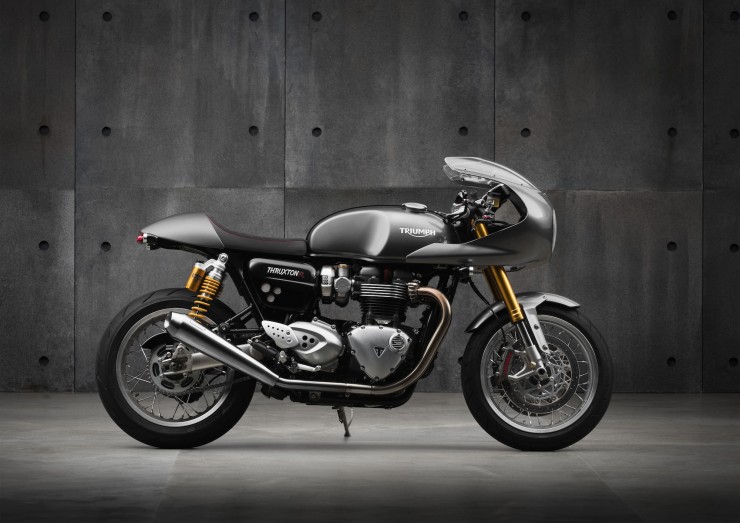 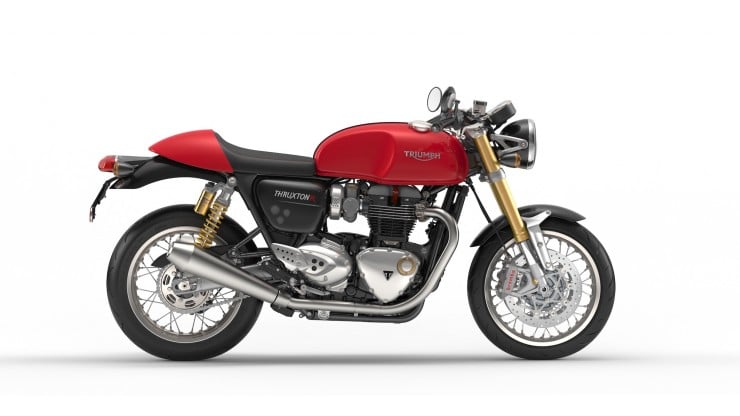 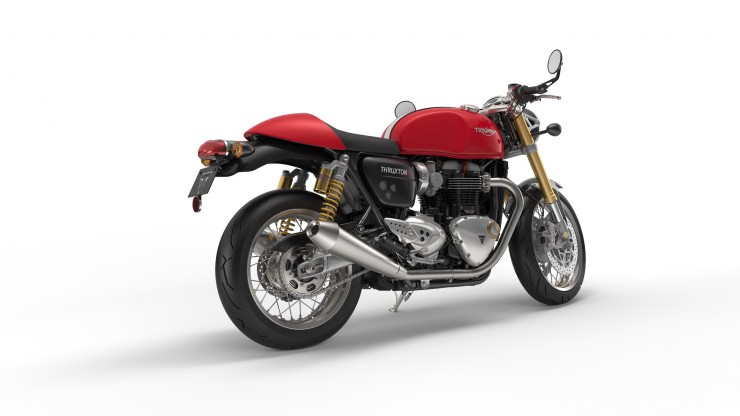 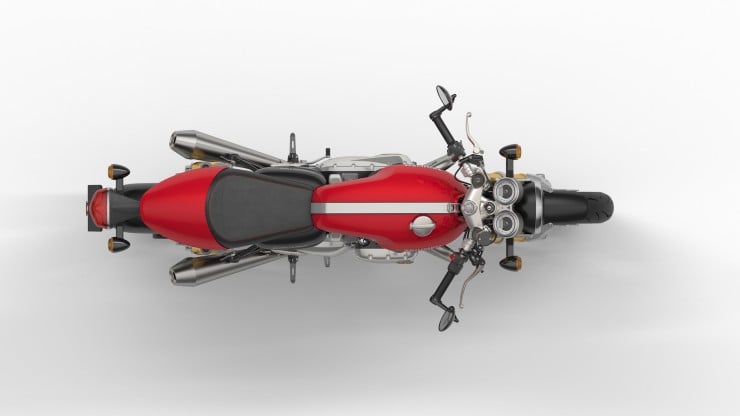 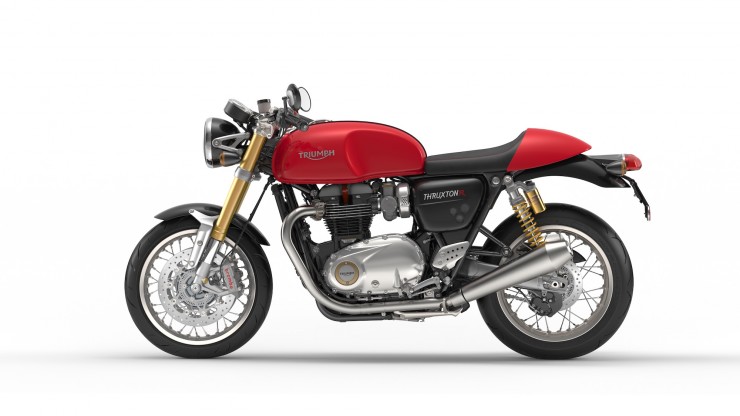 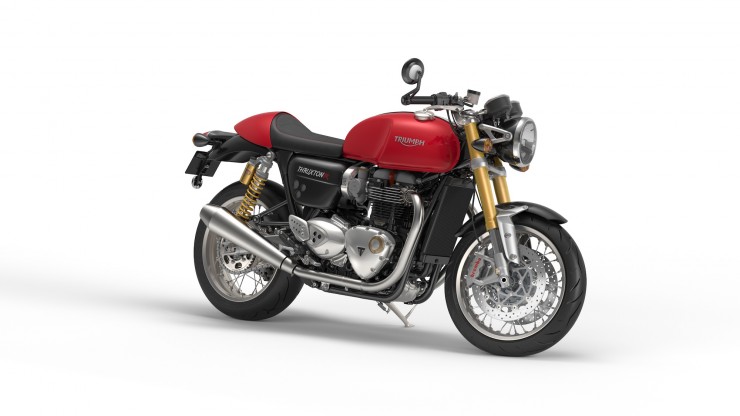 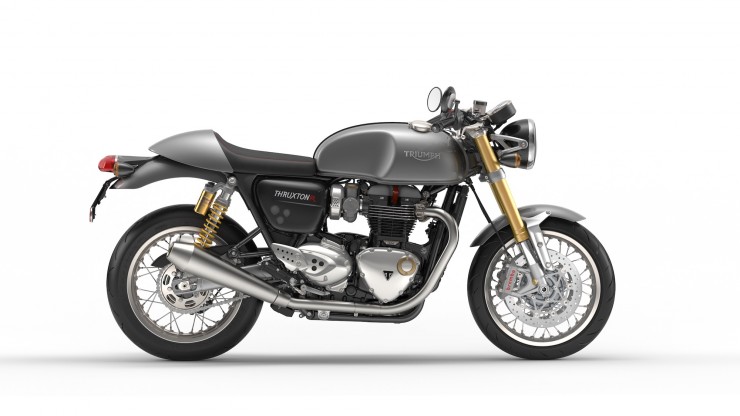 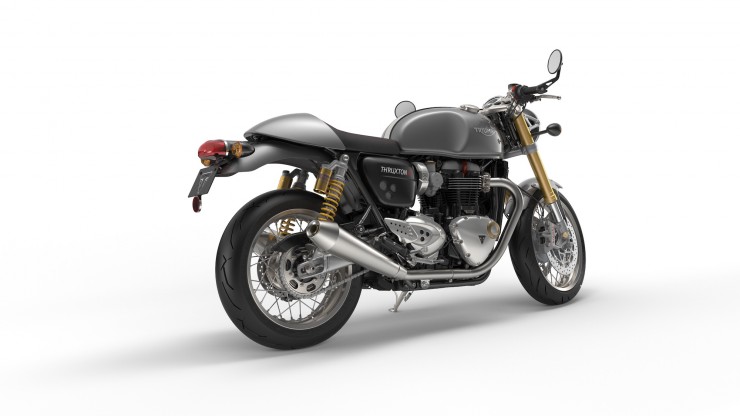 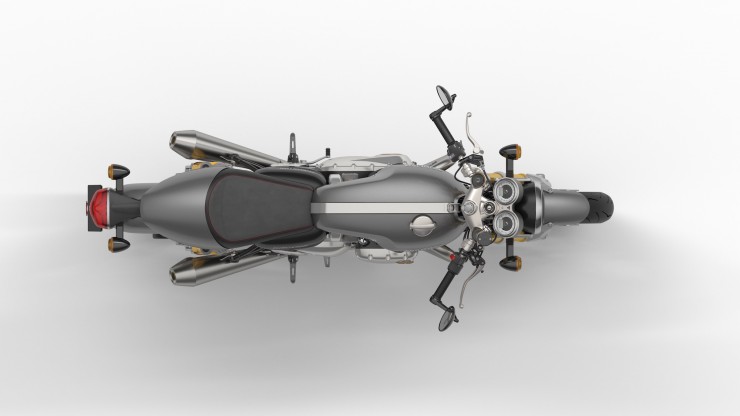 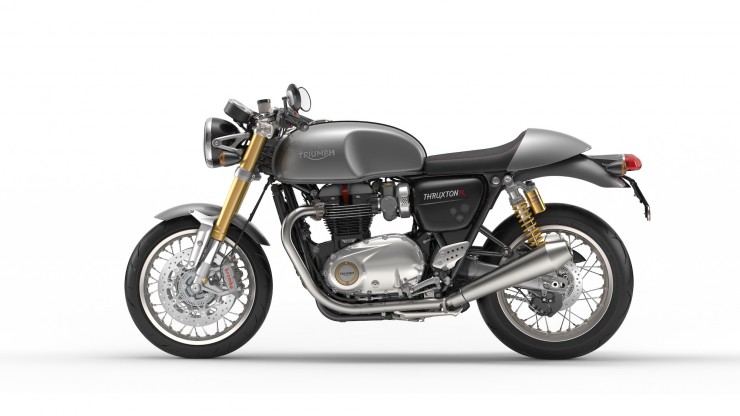 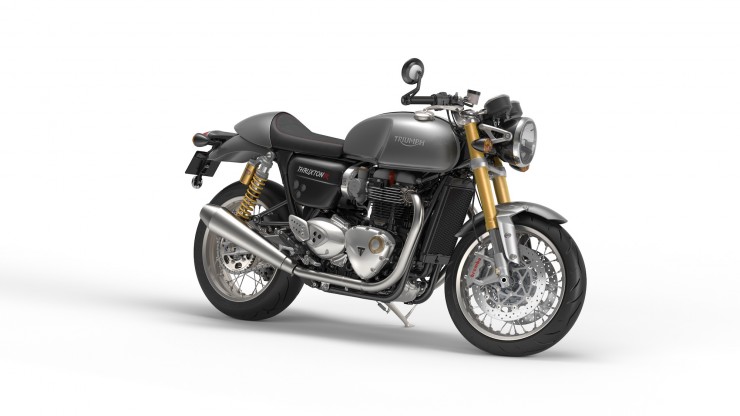 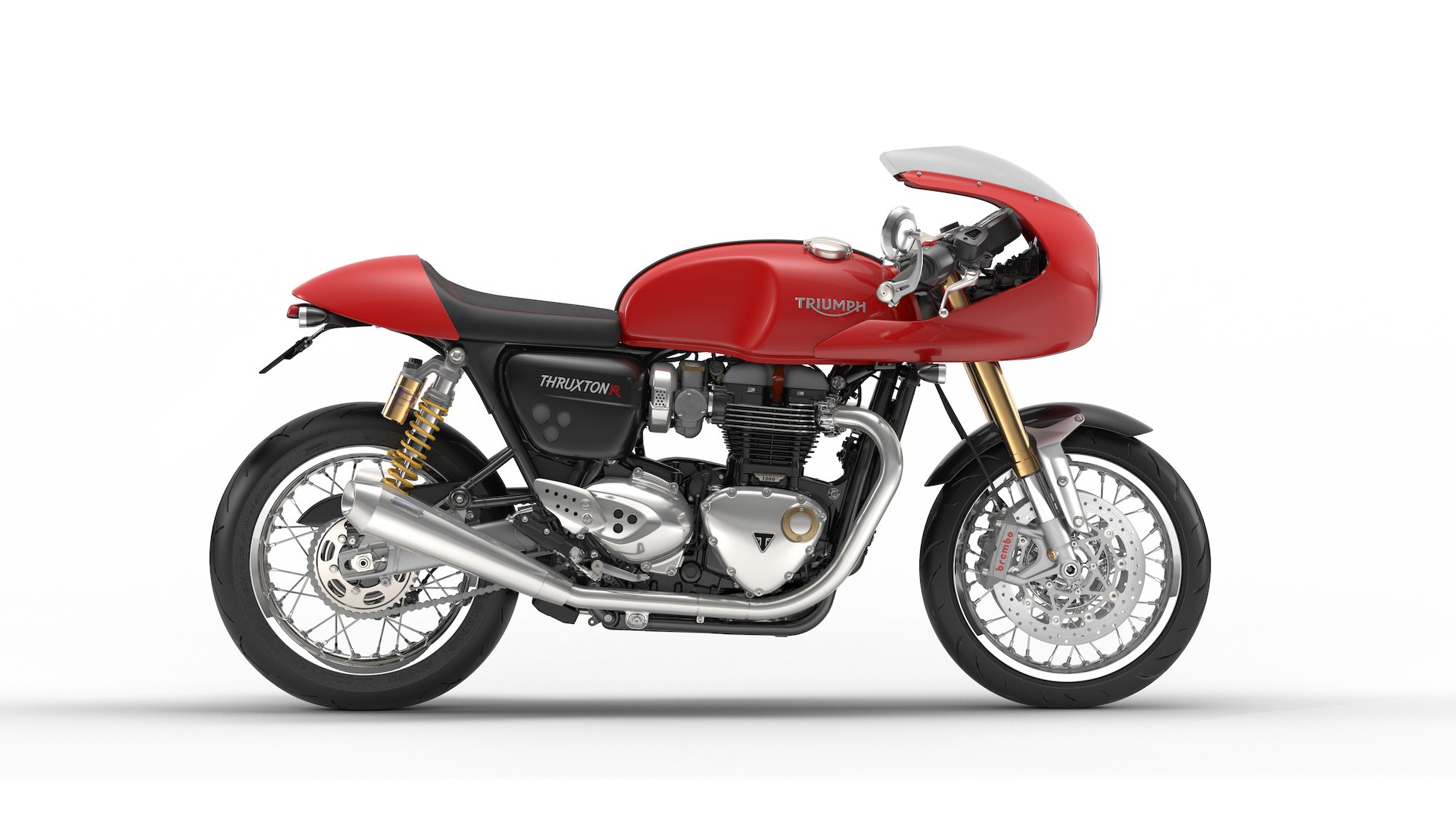