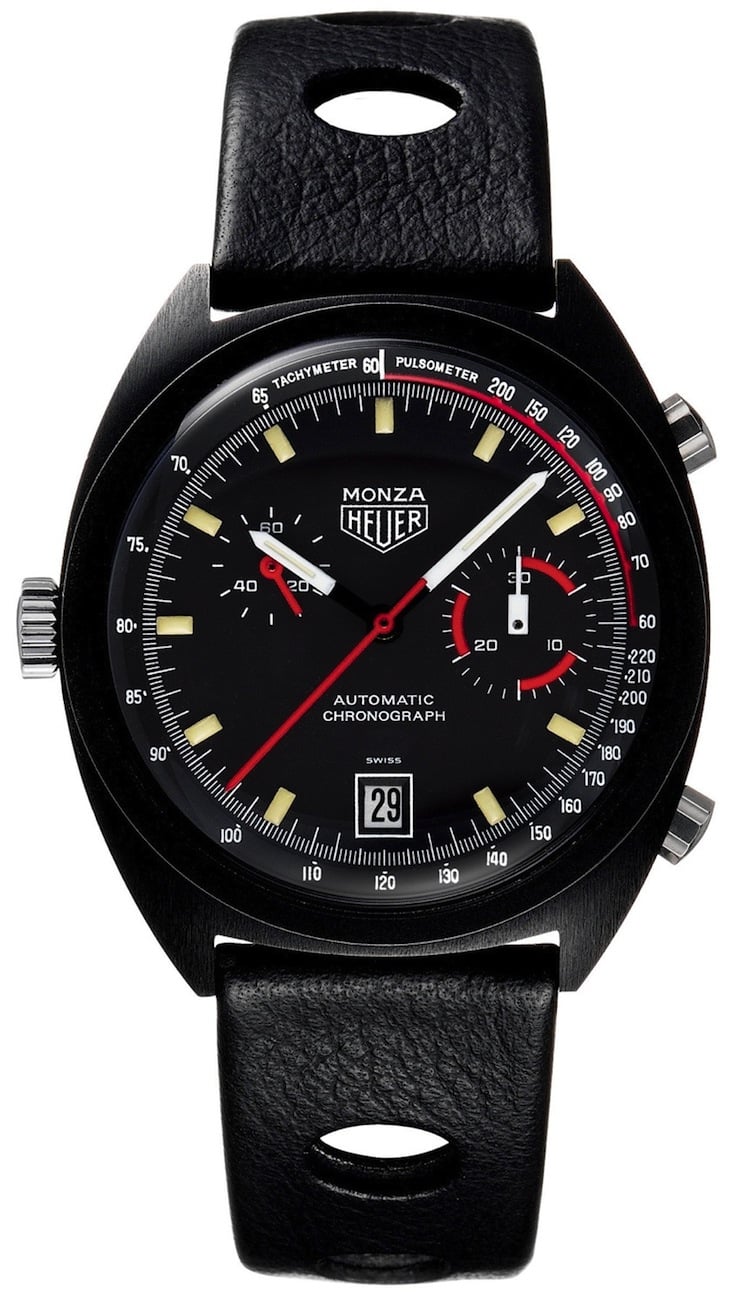 The Heuer Monza is the beautiful, though far less famous sibling to the Heuer Monaco. It was originally released in 1975 to honour Ferrari’s Formula One World Championship win in 1975 with Niki Lauda and Clay Regazzoni, it was available for sale until the early ’80s but was discontinued before the merger between TAG and Heuer in 1985.

The Monza was a slightly more understated watch than the Monaco and despite the fact that it didn’t have the sales benefit of being associated with the late, great Steve McQueen – it still had a huge following in the horological community.

Buying an original Monza in the modern day is difficult but not impossible, a good example will sell for somewhere in the region of $2,000 to $3,500 USD – although a mint example could command a little more. If you’d like to read more about the Heuer Monza, I’d recommend this article via the always excellent Calibre 11 Blog. 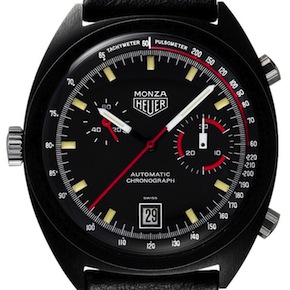