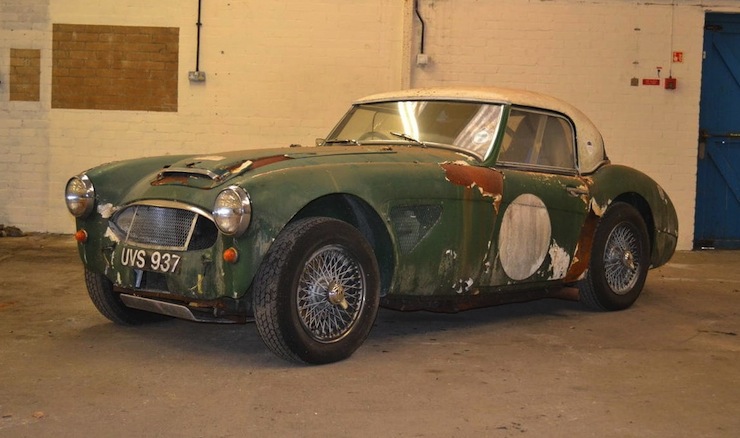 This is a new series on Silodrome called “The Projects”, we’ll be bringing you interesting, unusual and absurd Project Cars that we dig up around the web.

This slightly rough-round-the-edges 1958 Austin-Healey 100/6 is a perfect candidate for a full restoration, it’s listed as being in remarkably good condition underneath its slightly careworn exterior and it’s clear to see that a very handsome motor car is sitting underneath that surface rust and peeling paint.

The Austin Healey 100/6 was originally released in 1956 as a replacement for the Austin Healey 100, the 100/6 would become the second of the three big Healeys. With an additional 2 inches added to the wheelbase as well as the addition of a set of “occasional seats” in the rear, the 100/6 was slightly heavier than it’s little brother but also produced slightly more power.

It was fitted with a 6 cylinder, 2639cc engine capable of producing 117hp and propelling the Healey to a top speed of 103.9mph (167.2kph) and could accelerate from 0 to 62 mph in 10.7 seconds (as tested by The Motor magazine in 1959). This particular 100/6 was originally a left-hand drive model, it’s been rallied extensively and comes equipped with custom fibreglass hardtop, a half roll cage, racing bucket seats, alternator based electrical systems and an Autostorica mileage tracker. 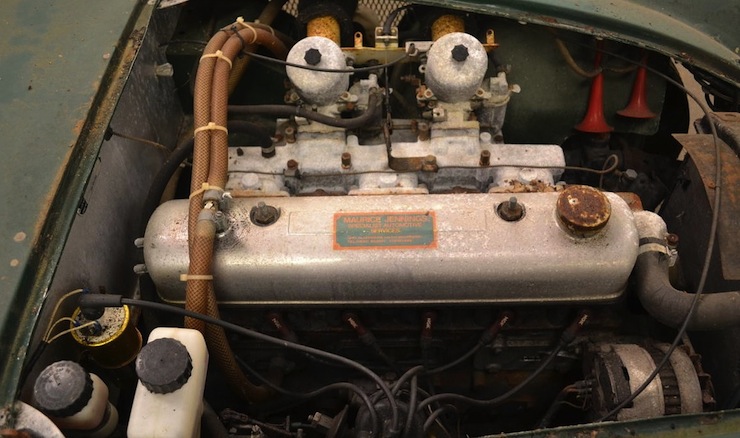 Morris Jennings rebuilt the car’s engine and it underwent a major service in February and March of 1994. It was last road taxed in the year 2000 and the chassis is listed as being in remarkably good condition, it also comes with the all-important FIA and HSCC Papers, a BMIHT Certificate and Swansea V5, which means that you’ll be able to race it at historic motor sport events.

With an estimated price of somewhere in the region of $23,000 to $31,000 USD, this Austin Healey 100/6 would make a fantastic, affordable entry into the world of vintage motoring and motor racing. It would just require a new owner who isn’t afraid to roll up his/her sleeves and get to work. 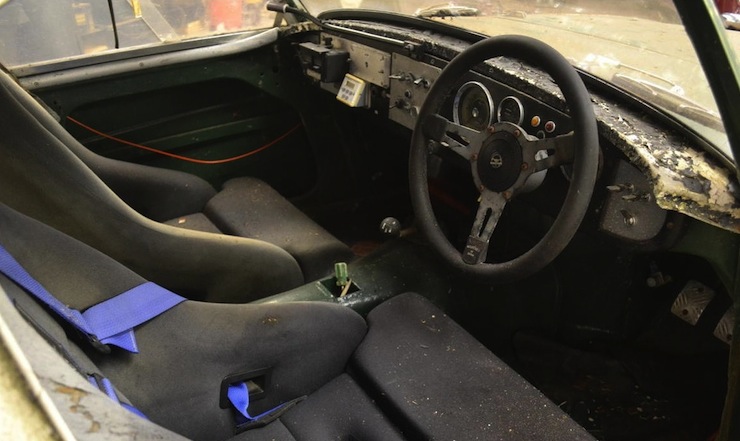 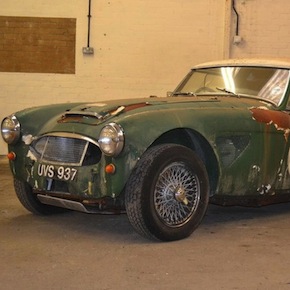