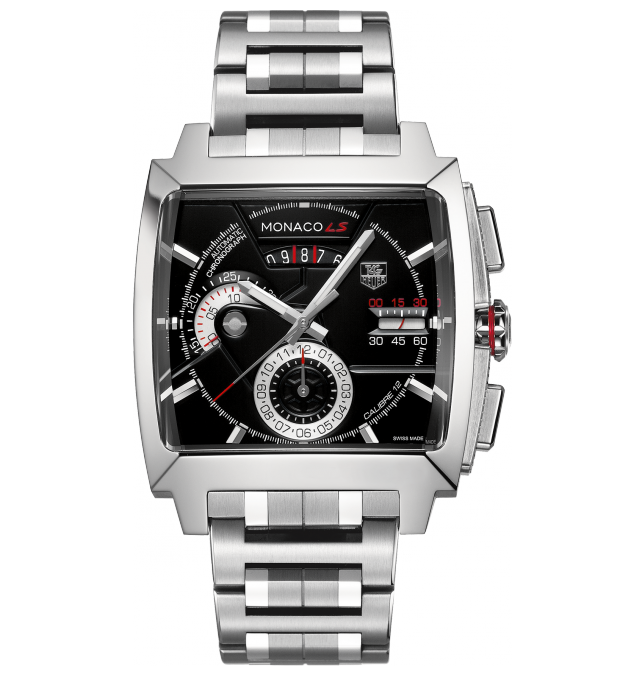 The TAG Heuer Monaco is one of those iconic timepieces that even casual fans of horology immediately recognise, the design was first introduced in 1969 to honour the Monaco Grand Prix but it wasn’t until 2 years later when Steve McQueen used one during the filming of the 1971 film “Le Mans” that the popularity of the watch began to take off.

The model was reintroduced in 1998 and today TAG Heuer offers a number of Monaco models including this one, the Monaco LS. It’s fitted with a beveled sapphire crystal glass and chronograph counters at 6 and 9, with a date counter under 12. The movement is TAG Heuer Calibre 12 and the strap is either black leather or stainless steel.

Facebook Twitter WhatsApp Email This is a Cosworth DFX INDY racing engine that’s been converted into a glass-topped coffee table, and it now has…

Facebook Twitter WhatsApp Email The Alsta Nautoscaph Superautomatic is by far the Swiss watch company’s most famous watch, largely because an example was worn…

Facebook Twitter WhatsApp Email This design brief was written by JT Nesbitt of Curtiss Motorcycles, the lead engineer behind the Curtiss One motorcycle shown…