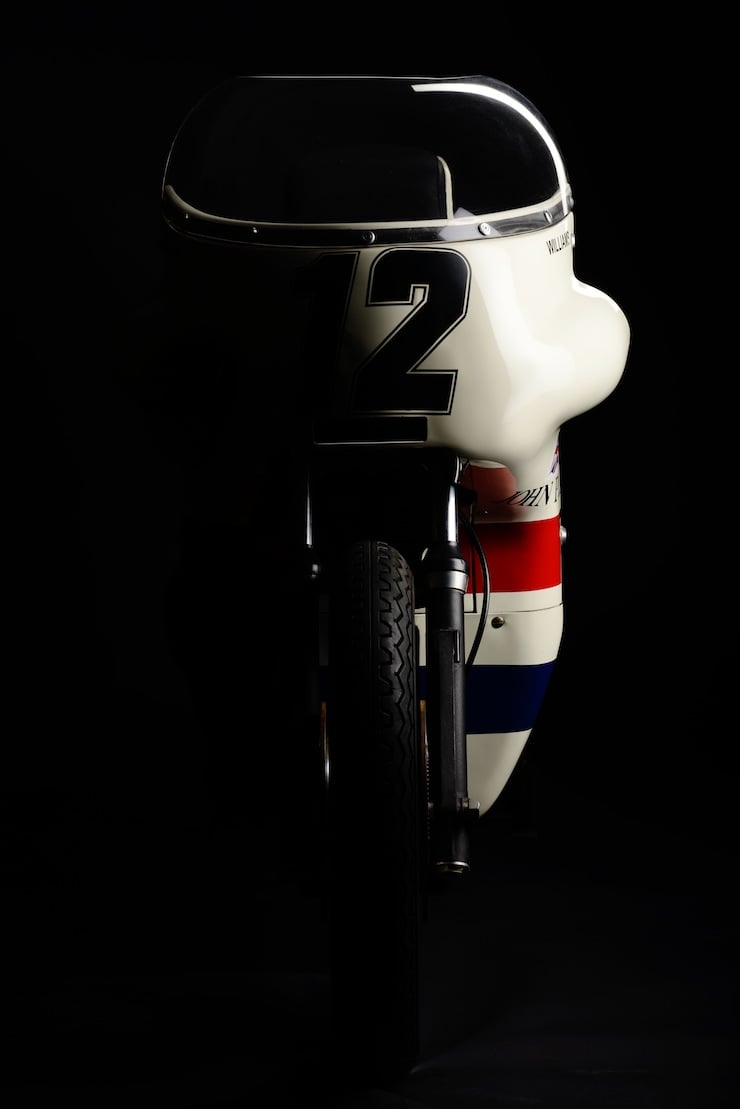 Back in 1973 a motorcycle rolled out of a garage in England, it was to be just one of four ever built, and it was going to shake the world of professional motorcycle racing to its core. The bike in question was the John Player Norton Monocoque, it had been designed and built by Peter Williams – a man who was both a motorcycle engineer and a talented racer.

Williams had been given access to the already outdated, pushrod Norton engine of the era. The 750cc parallel twin was woefully slow next to the modern two-stroke bikes that were rising to prominence. He knew that in order to compete at the 1973 Isle of Man he was going to need something genuinely remarkable, so he set out creating a monocoque chassis that held the oil and fuel, an advanced aero-fairing and a perfectly tuned set of suspension – he also made the first foray into cast wheels (rather than the traditional spokes). 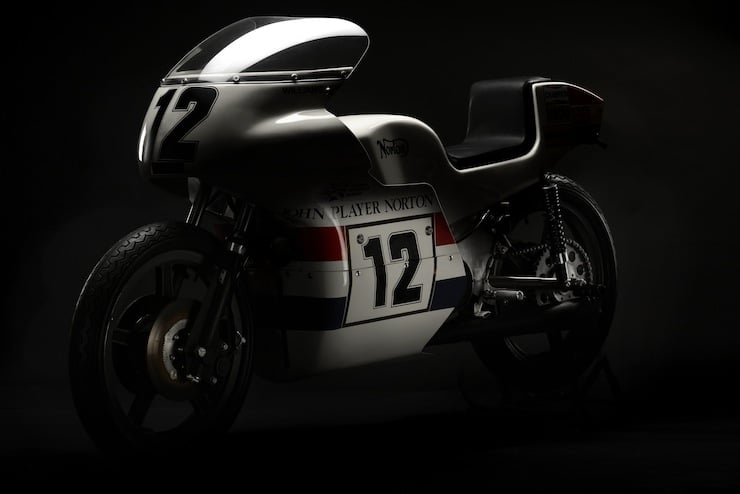 Peter Williams went on to win the Isle of Man TT, and he did it at an average speed of 107.27mph – a staggering feat even today. Skip forward in time 40 years and Williams is back at the drafting table preparing to create 25 John Player Norton Motorcycles, each of these bikes will use the classic Norton 750, the bullet-proof monocoque frame and each one will cost far less than the £250,000 originals.

So if you’ve got £65,000 to spare and fancy picking yourself up a piece of motorcycling history, you can visit Peter Williams Motorcycles to place your order. If you don’t have £65,000 to spare, you can hit play on the video below and relive one of the most memorable moments in Isle of Man history. 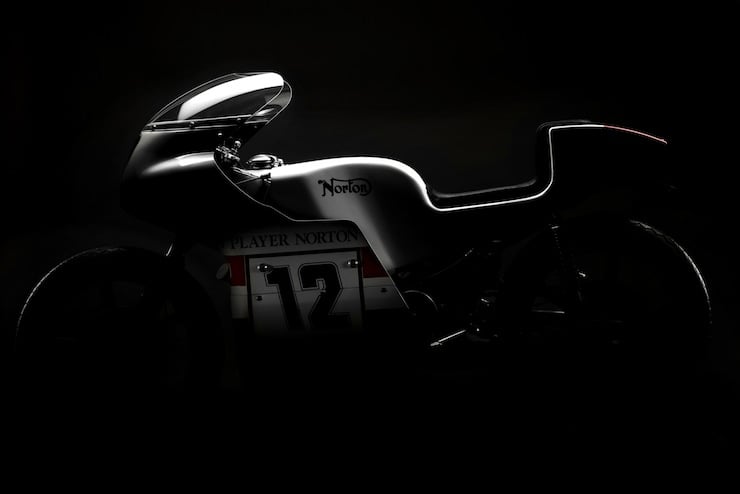 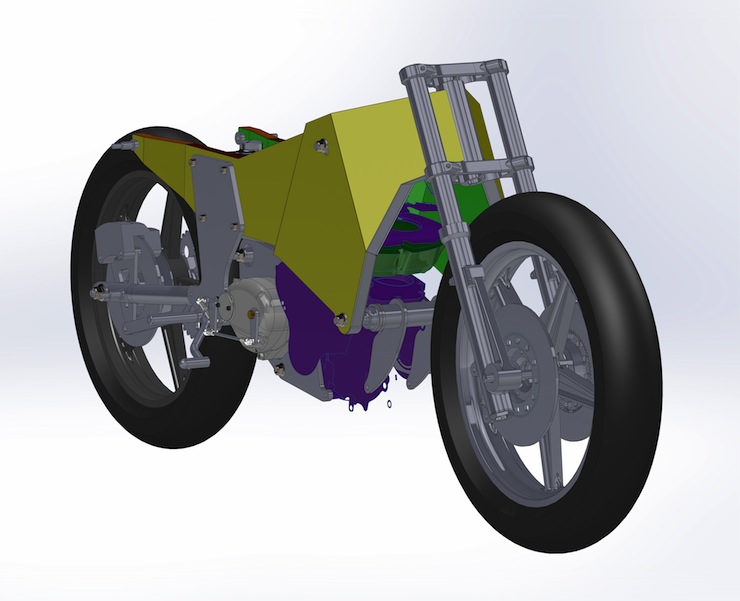 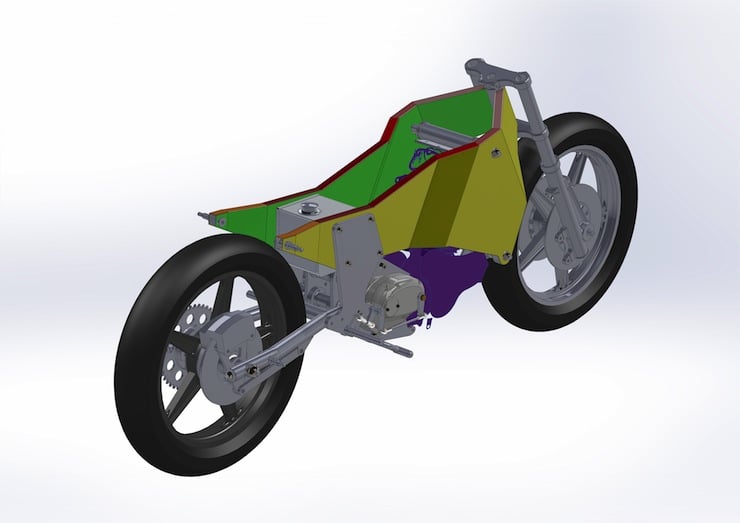 40 years ago this week Peter Williams, road race legend and motorcycle development engineer accomplished a unique achievement winning the Isle of Man TT on a motorcycle of his own design. Peter’s engineering designs gave him the advantage on the race track and set the trend for what motorcycles are today. Now exactly four decades later, the highly limited edition Peter Williams Motorcycles’ Replica will celebrate and commemorate Peter’s legendary victory.

Peter Williams Motorcycles is now taking orders for replicas of his 1973 F750 TT-winning John Player Norton. Just 25 of the monocoque-framed Commandos will be built. The original monocoque has passed into biking lore as the machine Williams won the 1973 F750 TT on, lapping at 107.27mph, just off Mike Hailwood’s 1967 outright record on a works Honda. Impressive stuff from an air-cooled, push-rod Commando engine. He was also the highest points scorer in that year’s victorious Transatlantic Trophy team. An innovator throughout his career, Williams can be credited with introducing and establishing the viability of many of the things we now take for granted, including cast wheels, disc brakes and beam frames.

A stainless steel chassis that formed the fuel tank as well as the frame lent the bike its ‘monocoque’ name. The new replicas will follow the layout of the 1973 bikes, however whereas each original monocoque frame took 12 man-weeks to construct, this time CAD design and CNC laser cutters will improve accuracy and hasten the production process. Engines will be built by renowned Norton specialist Mick Hemmings using all new parts, including Peter’s own cam design. The replicas will feature a host of bespoke parts such as cast magnesium wheels and forks, created from the original ‘70s drawings. Where drawings were not available, new parts have been created by referencing and digitising two of the original race bikes.

PWM hope that the first of the monocoque replicas will be ready for production in 2013, the 40th anniversary of Williams’ epic Isle of Man win. Just four originals were built and are now valued in excess of £250,000 apiece, putting Williams’ expected £65,000 price tag for the replicas into perspective.

The JPN project was conceived to raise working capital and as a showcase for investment into Williams’ pet project – a modern motorcycle with a carbon-fibre monocoque chassis. He produced the first prototype in conjunction with Lotus, proving the concept. Development is now underway of a new model for low volume production.

Peter Williams Motorcycles Ltd. comprises the man himself, Greg Taylor of motorcycle engineering firm GTME and Mark Wells & Ian Wride of design consultancy Xenophya Design. Williams said: “Working with the team brought fresh ideas and a different perspective on how to make the whole monocoque chassis motorcycle project a reality. Starting with the replicas of my 1973 TT-winning bike, we will show investors what we are capable of, and present collectors and enthusiasts with a unique opportunity. “With the 40th anniversary of the TT victory, we have the ideal opportunity to bring the JPN replica to market. We already have a number of interested purchasers. The ‘designed for manufacture’ version will be of equal elegance and efficient function of the original JPN monocoque. As soon as we receive firm orders we can press the button and the new bikes can be created. 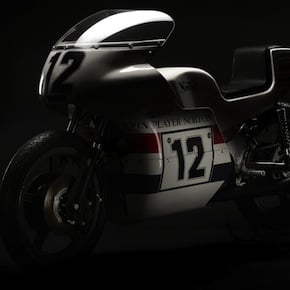