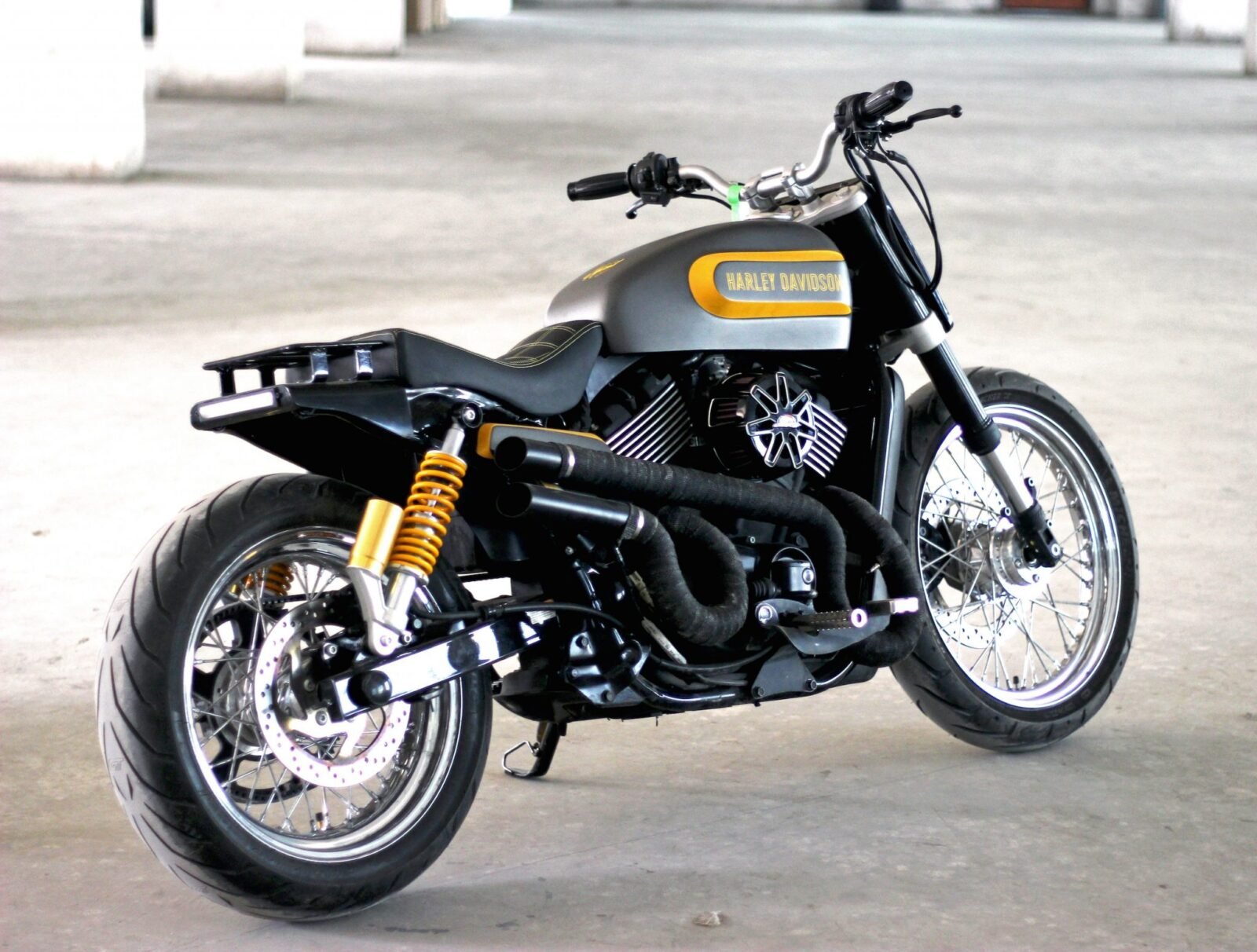 The Harley-Davidson Street 500 and 750 are broadly considered to be the two most important new models in recent memory from the 102 year old motorcycle manufacturer. The two mid-size bikes are largely targeted at the developing world, with a special interest in India – a nation that almost certainly has more motorcyclists than any other.

Although 500cc and 750cc motorcycles are considered medium capacity in much of the western world, the developing world considers them large – with the 750 being a giant relative to the sea of 50cc-125cc scooters and Honda Cubs that occupy the roads of most south and south east Asian cities.

Harley has chosen to build the Street 500 and 750 models for American consumption in the USA, with the rest of production being tasked to a sparkling new facility in India. Off-shoring production of motorcycles that are destined for off-shore consumption has allowed the bean counters to bring the pricing on the models down the roughly half of what the cheapest Harley would have previously cost – opening the marque up to millions of new potential customers.

The Street 750 you see pictured above and below here is the first to be customised by an Indian workshop.

It’s been thoroughly reworked by Tushar Jaitly and his team into a sort of post-modern Scrambler – possibly the ideal motorcycle for the chaotic backstreets of an Indian metropolis.

Work on the bike started with a new fuel tank, it needed to be hand-fabricated to fit and it’s been paired with a matching seat. That small luggage rack behind the seat was built to fit, giving the rider the option to throw a weekend bag on the tail – or a briefcase for use on weekdays.

The twin exhausts were made specifically for this bike and mapped to the engine using the Screamin’ Eagle Super Tuner, the front end has been swapped out with a set of upside down forks from a KTM and the rear springs have been replaced with an adjustable pair. Overall, the height of the bike has been increased by 3.5 inches – making it well-suited to use on the less than ideal roads of India. 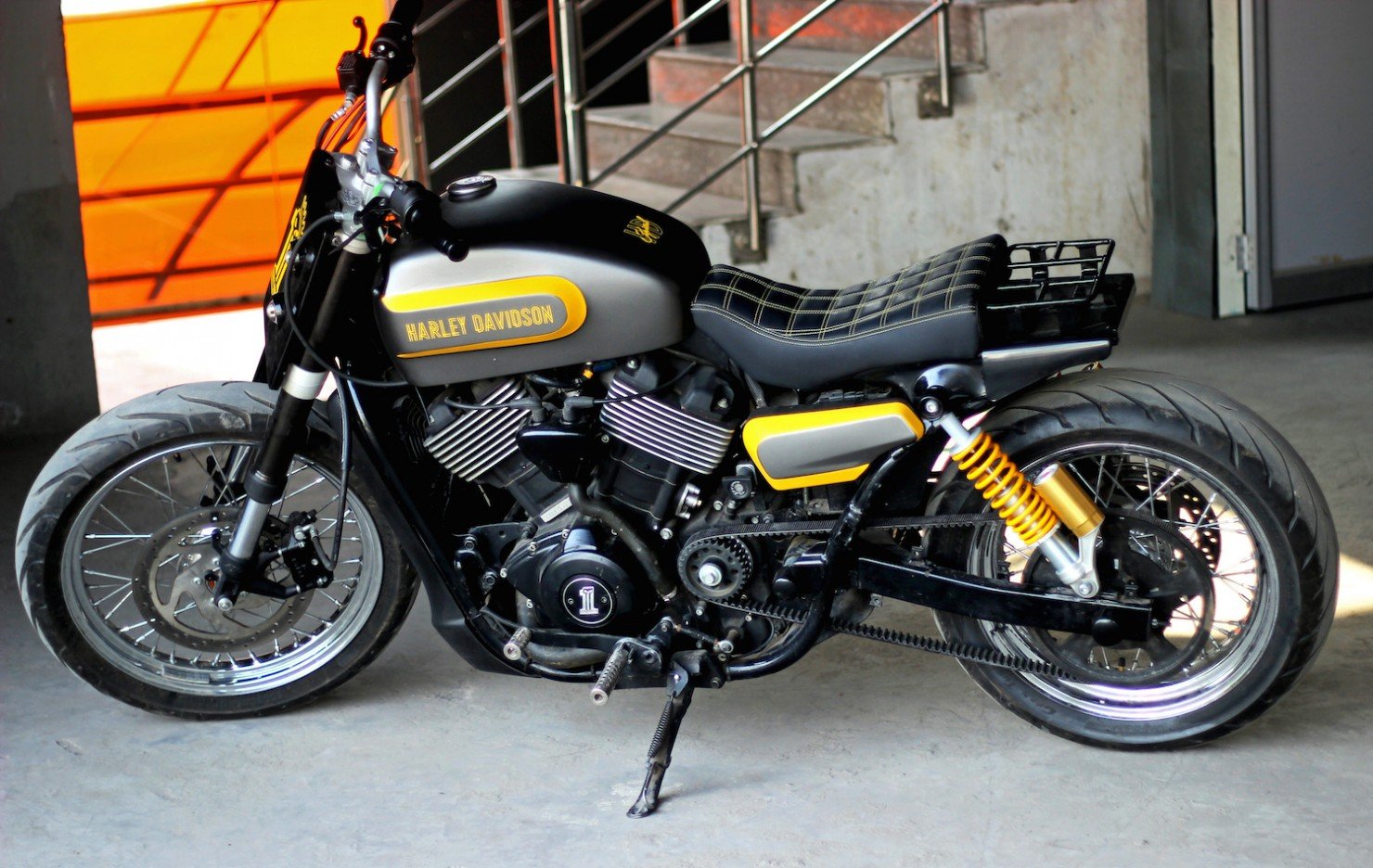 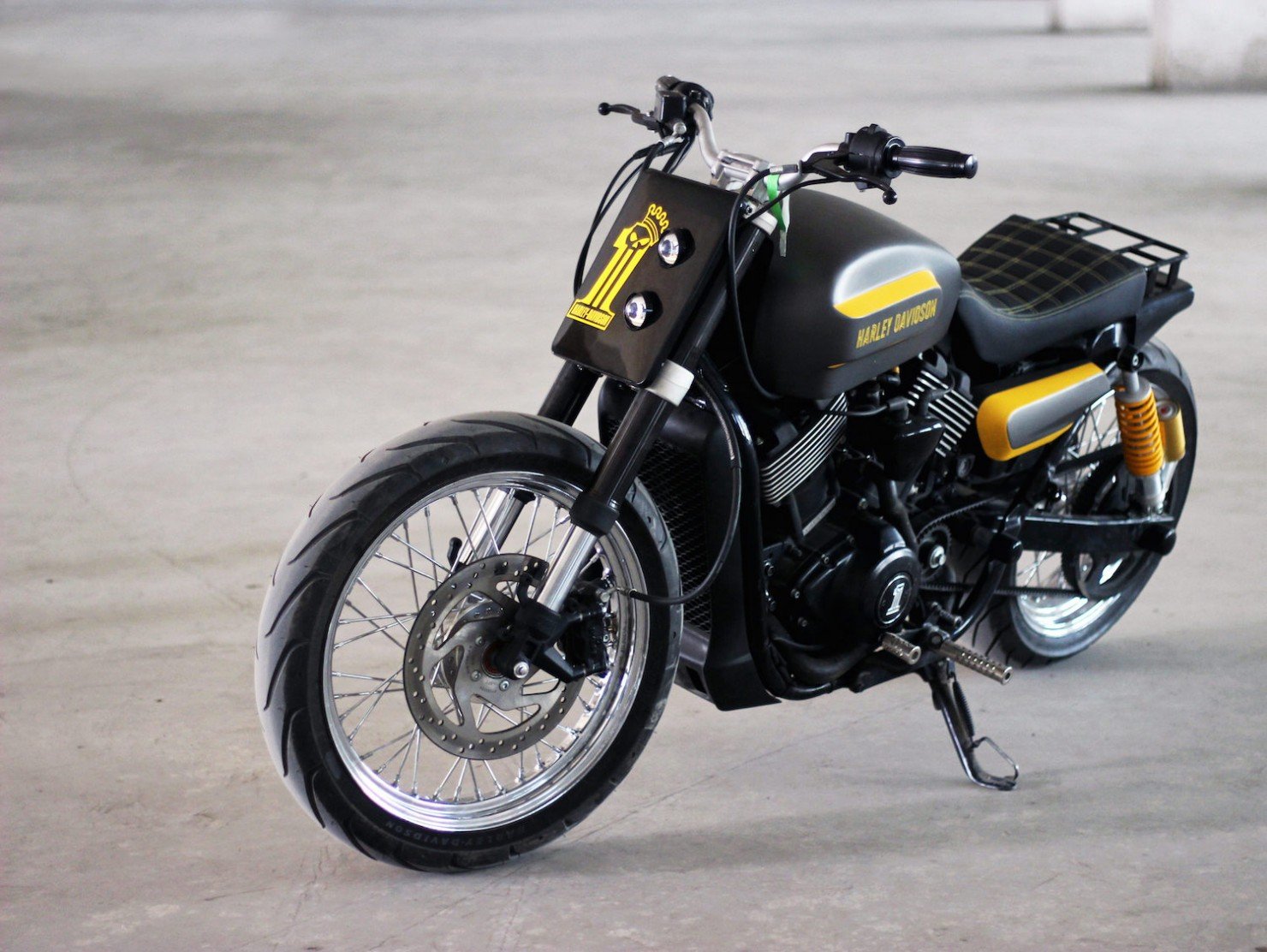 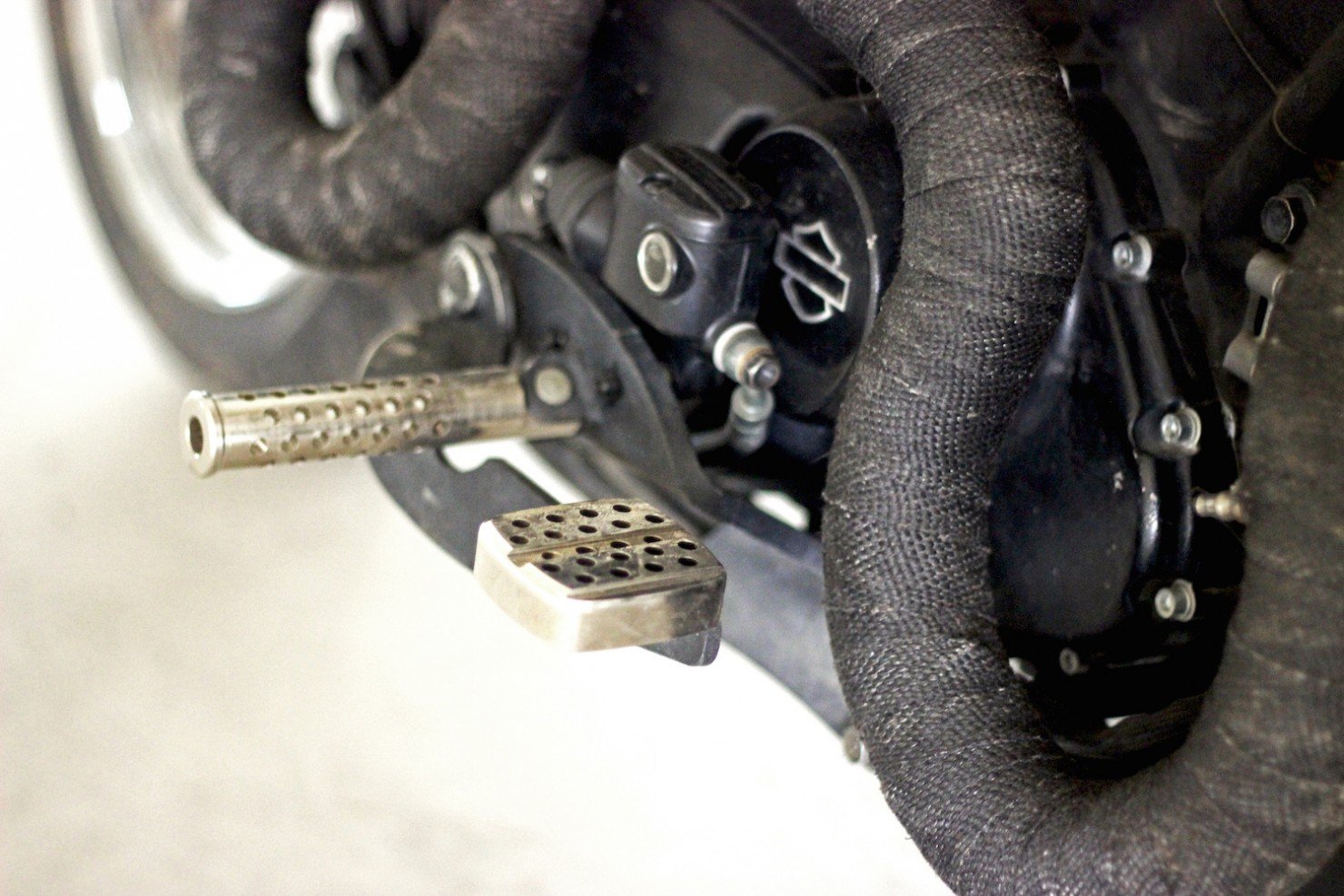 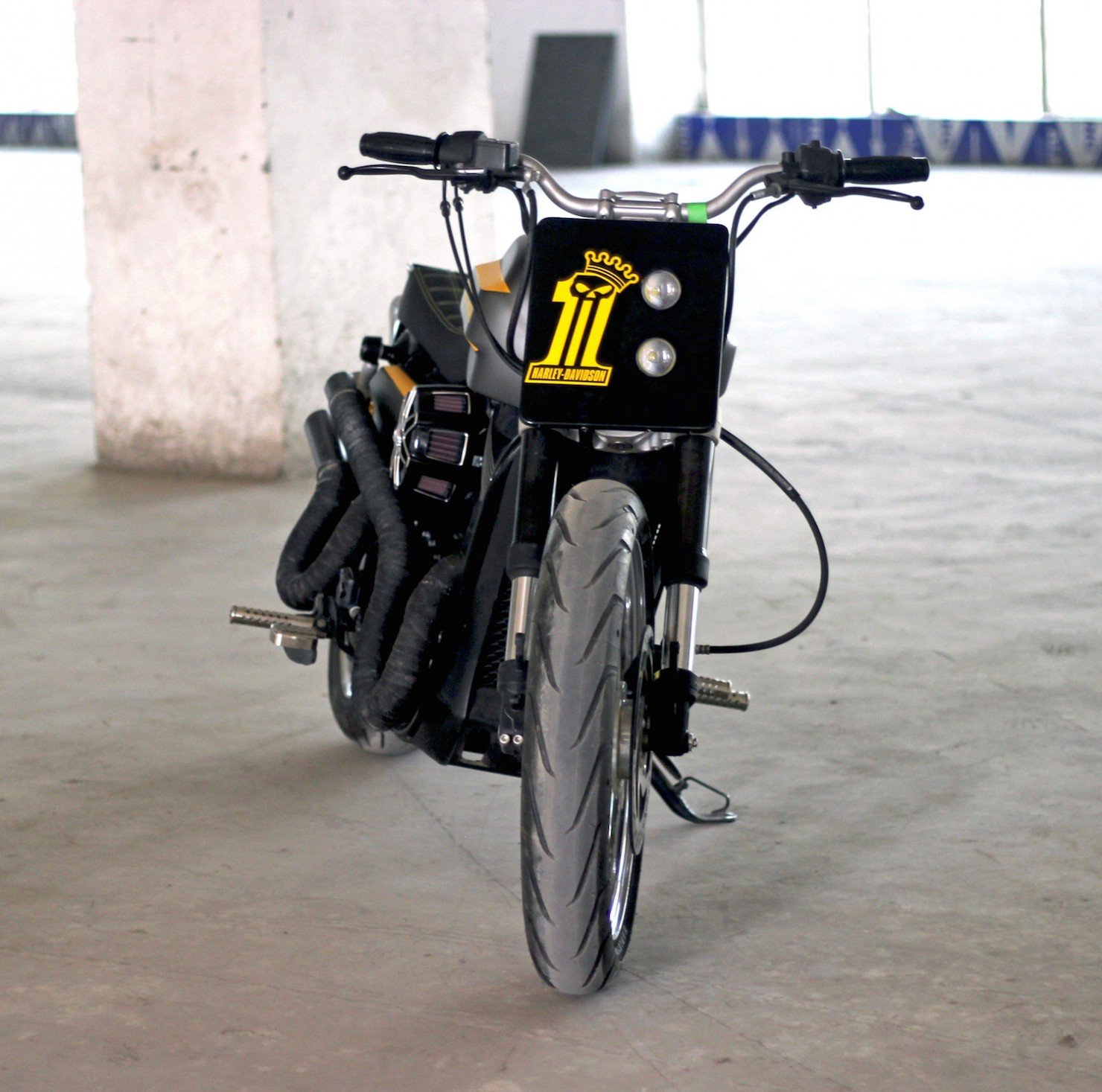 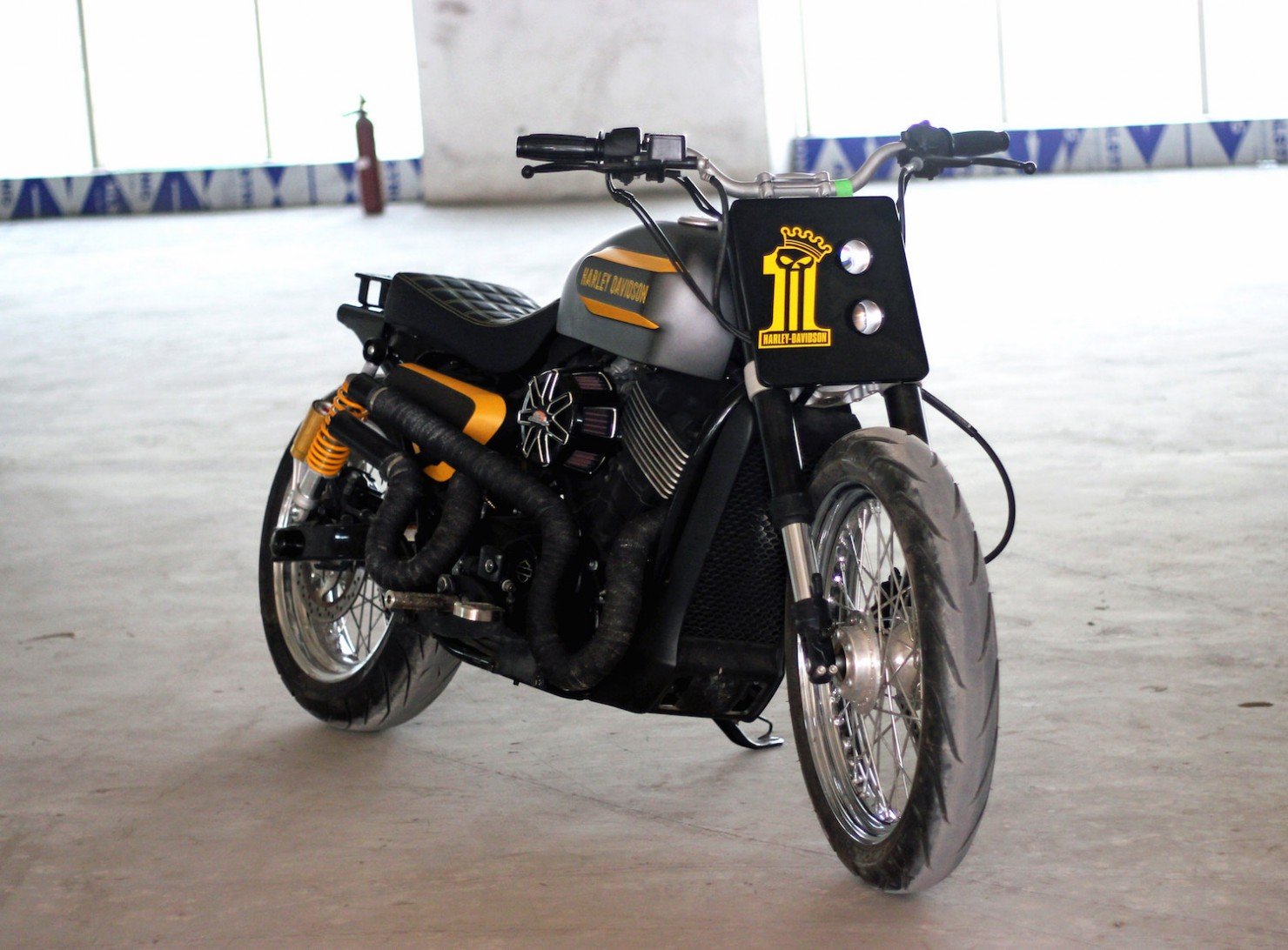 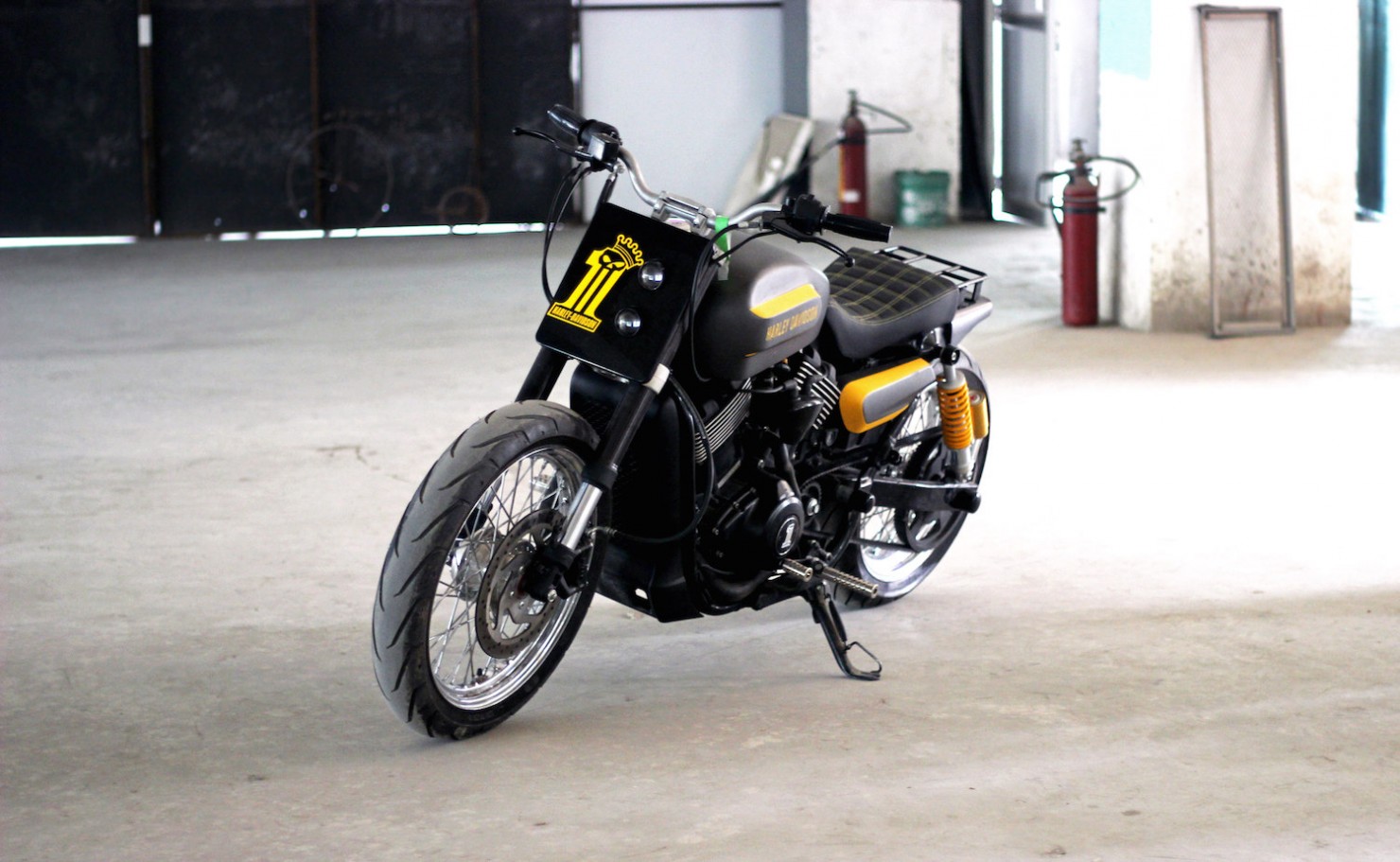 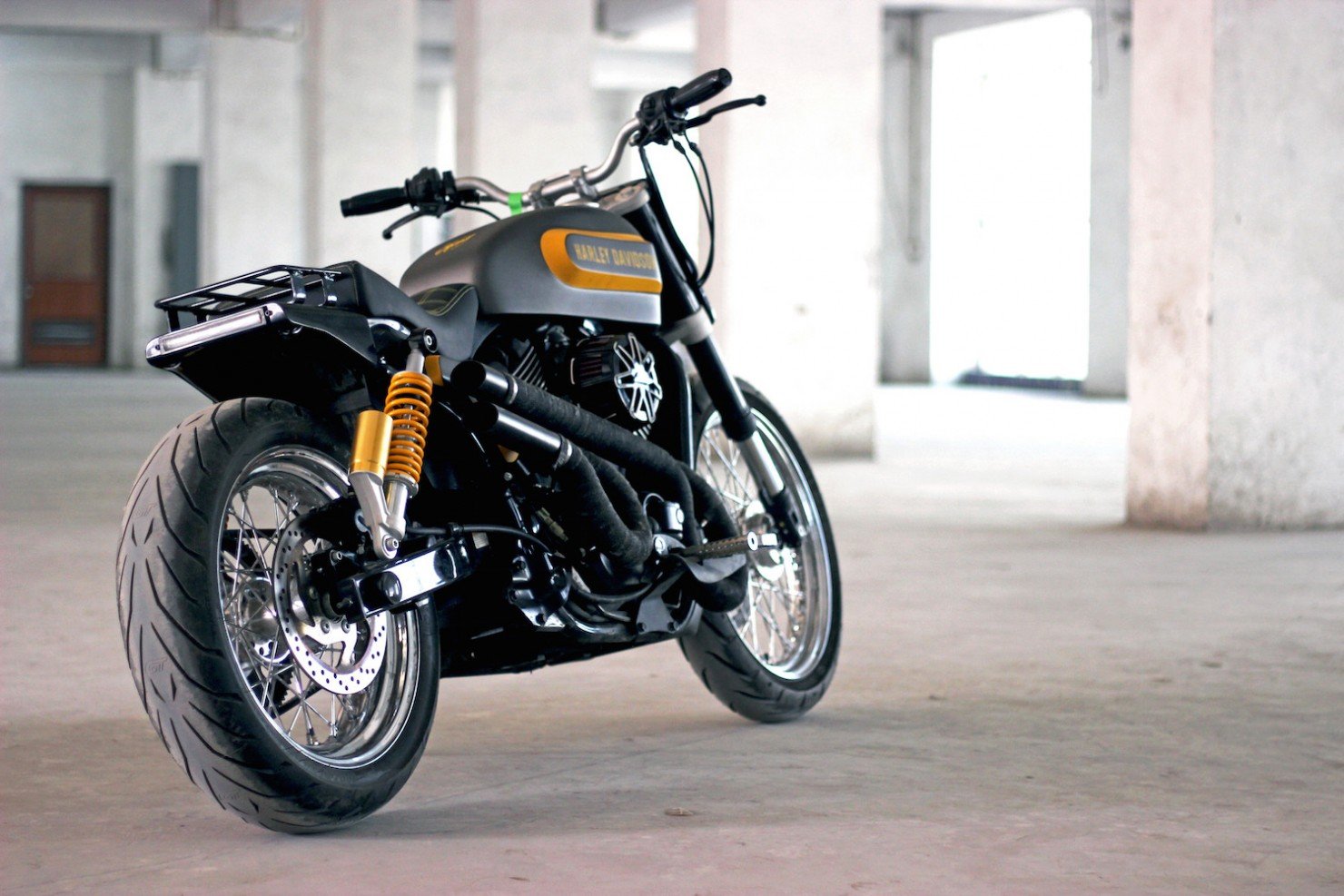 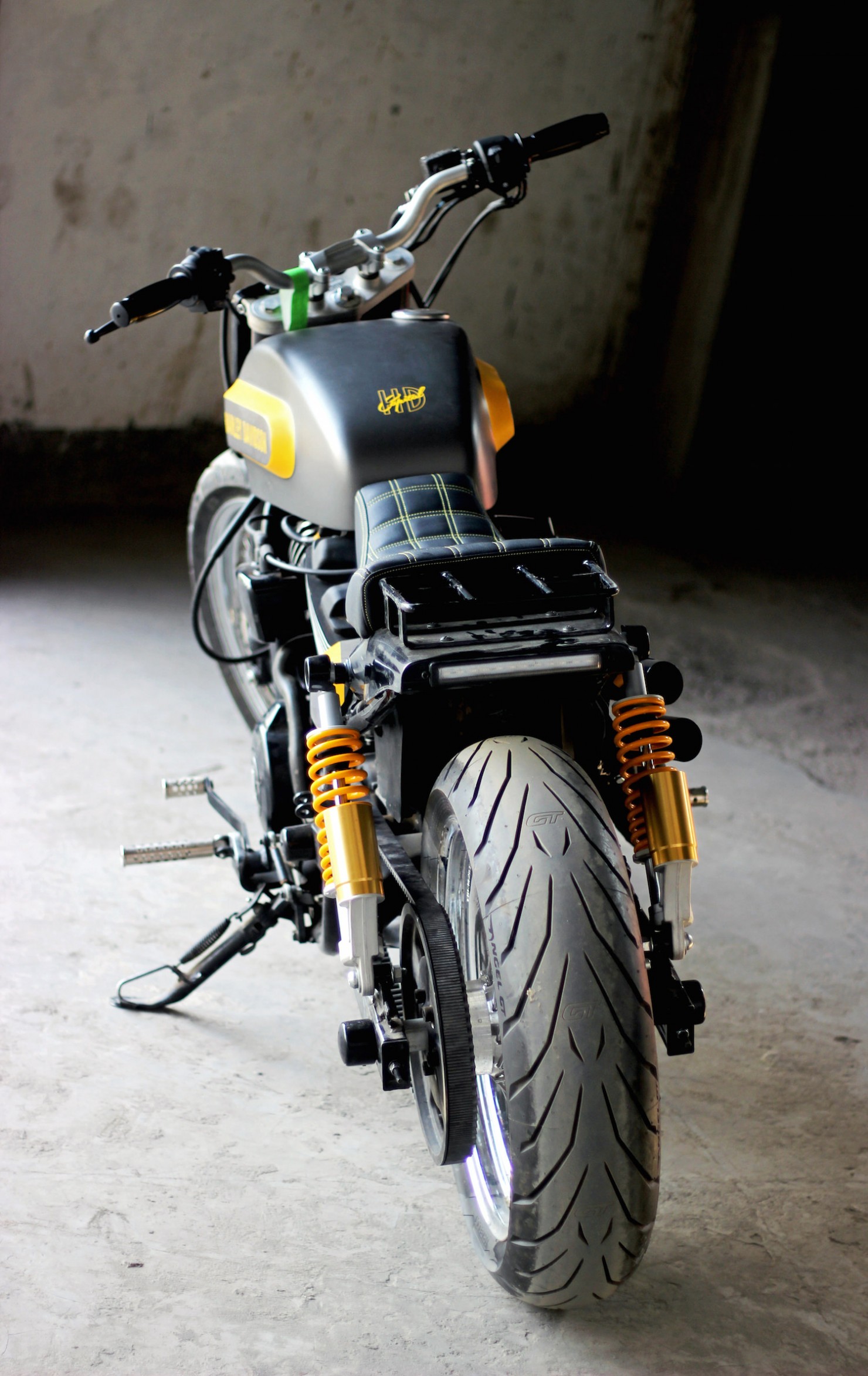 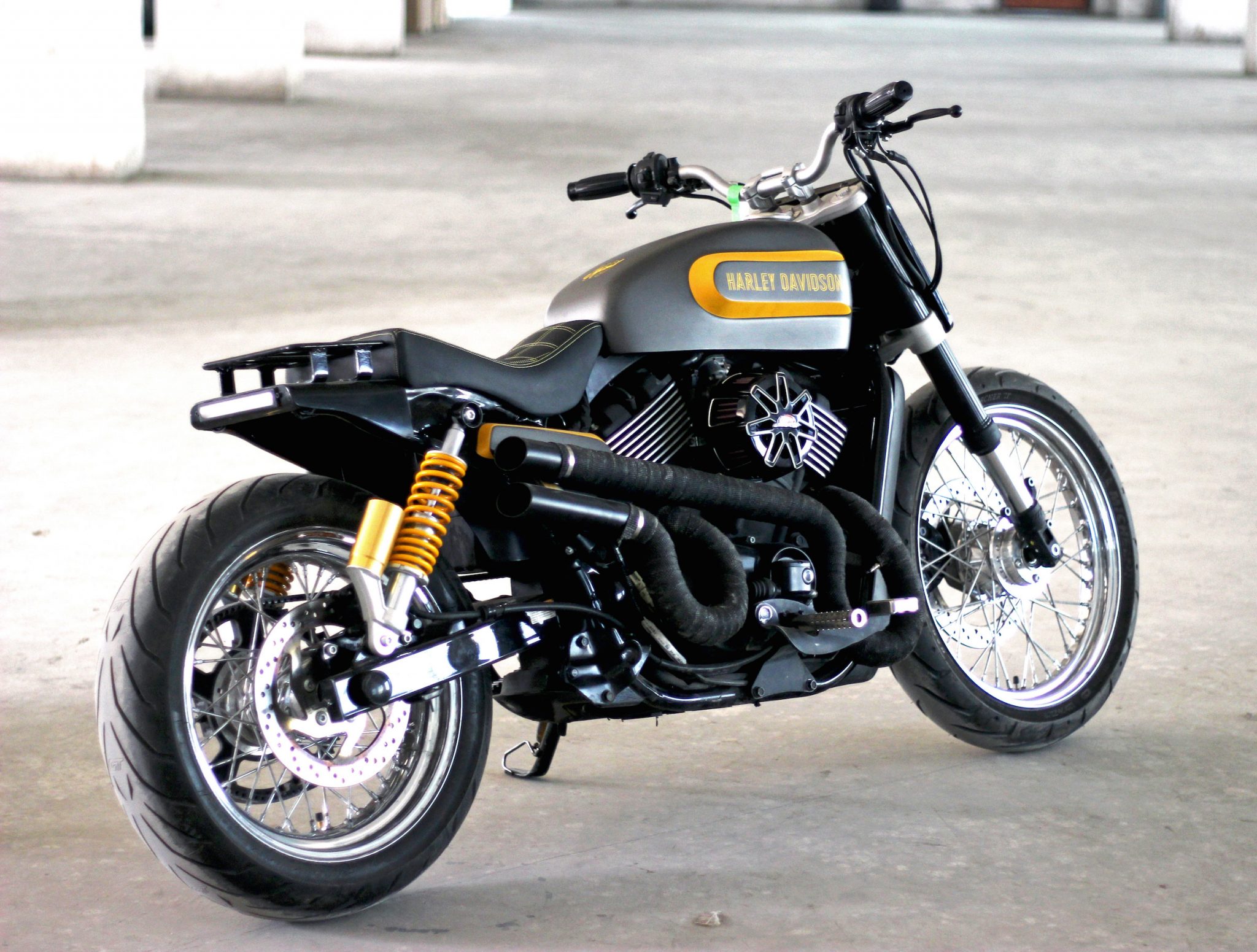