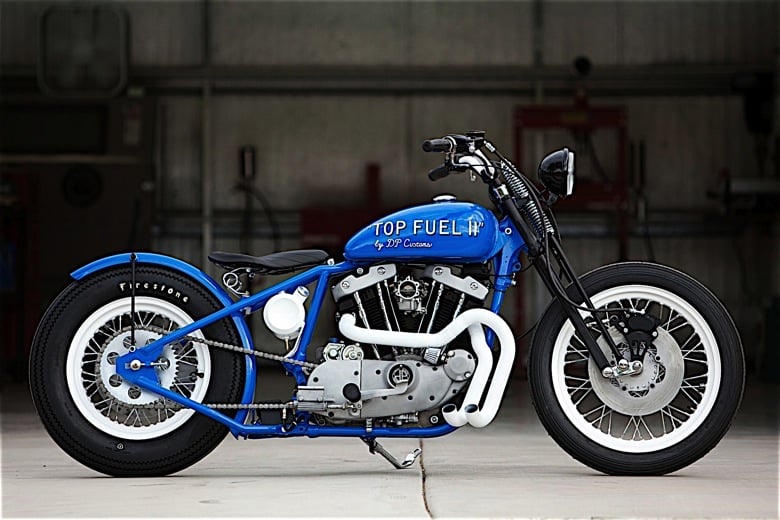 DP Customs is one of our favourite American custom motorcycle builders, their no-bullshit approach to engineering and design is uniquely appealing and thankfully they’ve chosen to stay away from the blinged-out-chrome-show-ponies that seem to be produced by almost everyone with a wrench and a goatee.

This is one of their newer bikes, it started life as a classic ’81 Harley Ironhead although almost all that remains from the original bike is the reconditioned 1000cc V-Twin. The beautiful cobalt blue paint work and matte white exhausts give the bike an almost aeronautical feel and I get the impression that this bike would be the perfect summertime coastal highway cruiser.

If you like this bike from DP Customs check out their Naked Café here, their Mele here and their Super Sano Beach Cruiser here. 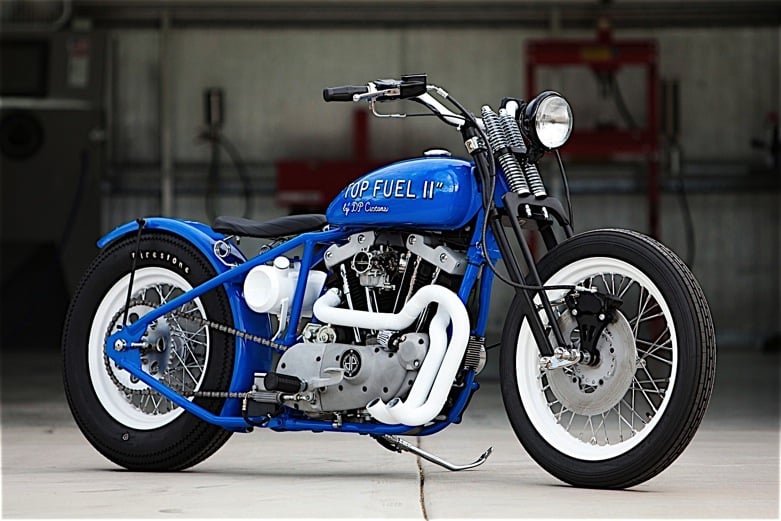 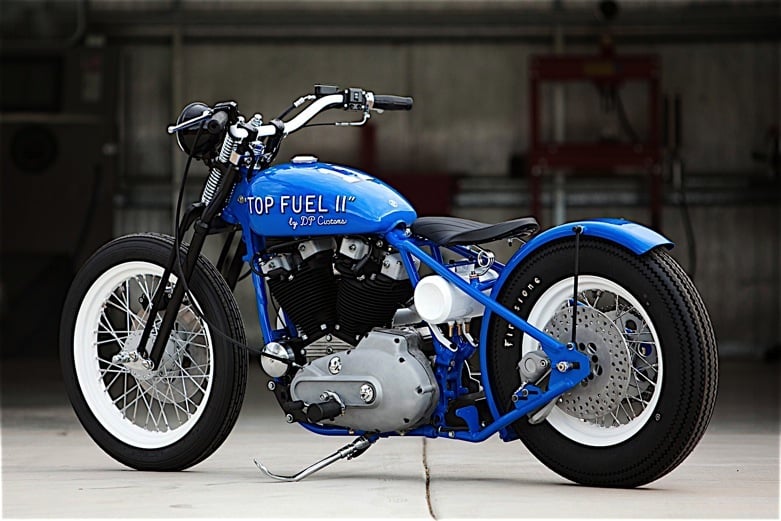 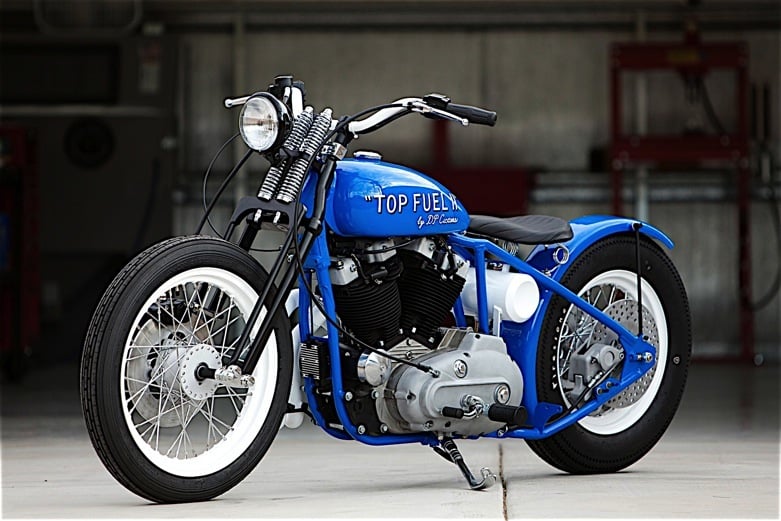 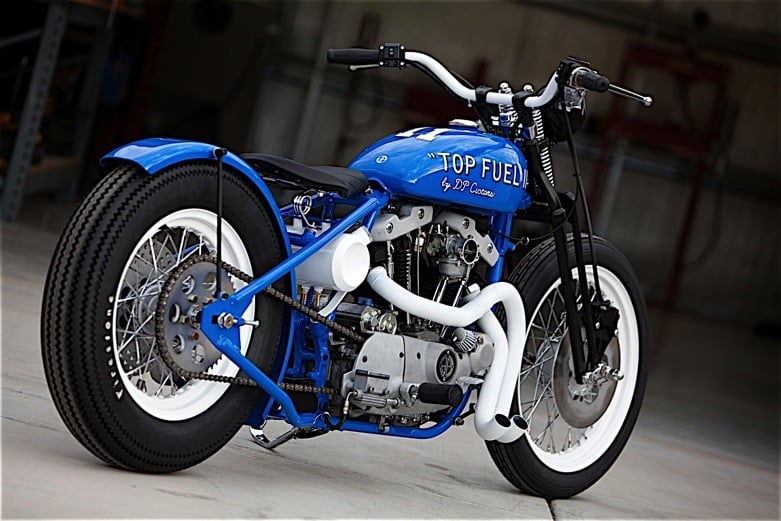 Just five examples of the Norton 961 MM Flat Track were built starting in 2017 by 72 Motorcycles in England. If the styling looks somewhat…

This is a B-17 Flying Fortress glass coffee table, it’s made with an original engine from a B-17, the Wright R-1820-97 “Cyclone” turbosupercharged radial…