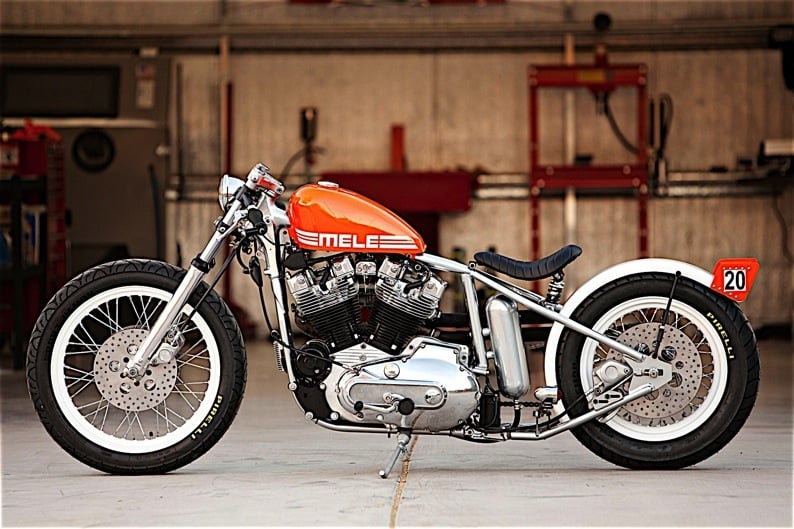 The guys at DP Customs have a knack for creating hard-tail custom motorcycles that annihilate the stereotypes usually associated with the Harley based bobber/chopper genre.

We covered the DP Naked Café bike a few months back as well as the DP Super Sano Beach Cruiser, both are unique motorcycles that even the most staunch anti-Harley man would happily welcome into his garage.

The Mele follows this trend admirably, based around a rebuilt 1000cc Ironhead V-Twin, a hand formed frame, a very cool looking torpedo oil tank mounted under the seat, an X-exhaust system, sticky Pirelli rubber front and back, a mini-spoiler on the back, powder coated rims and a long list of smaller custom elements.

Jarrod and Justin at DPC were aiming to create a bike with shades of both vintage drag bikes and the original café racers, I think they’ve done a great job, if you agree and you’ve got $19,000 burning a hole in your pocket, the Mele could be yours. 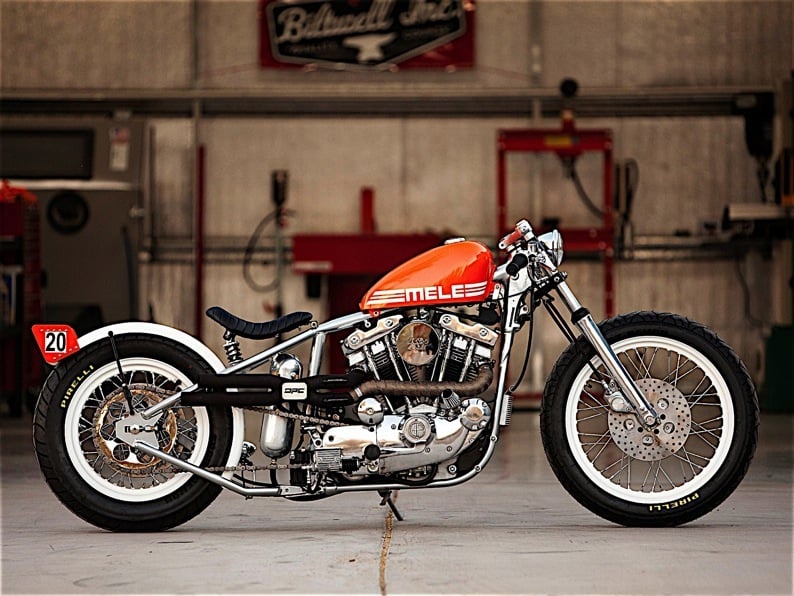 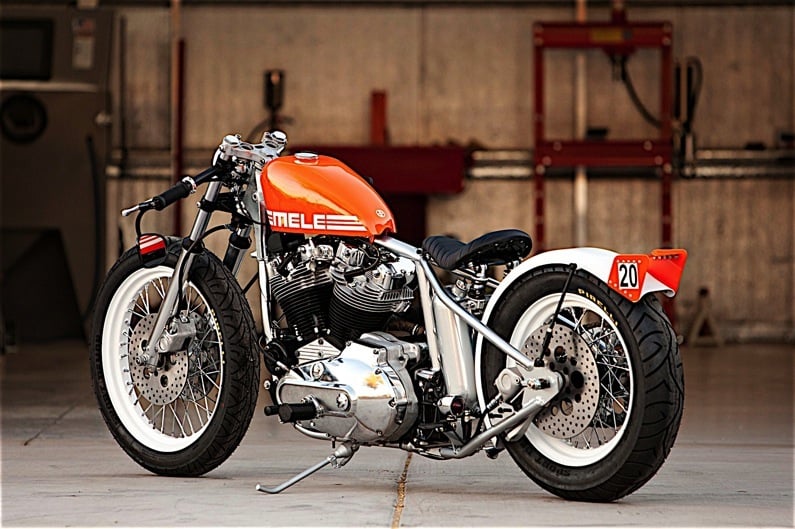 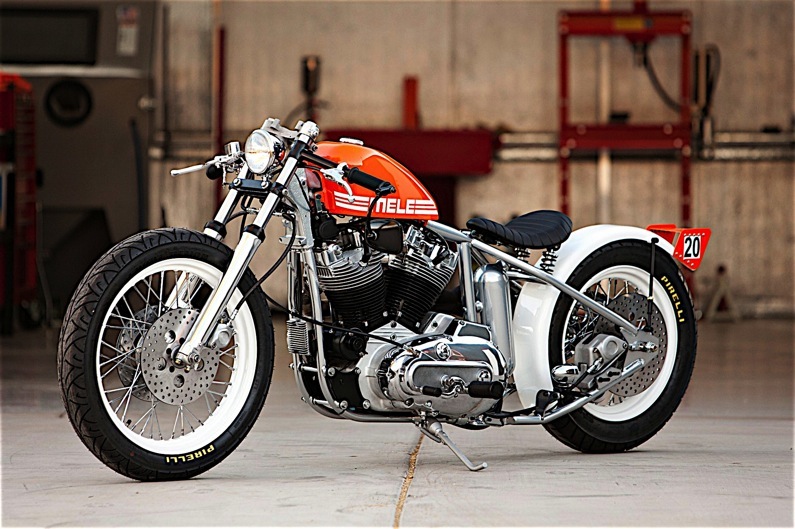 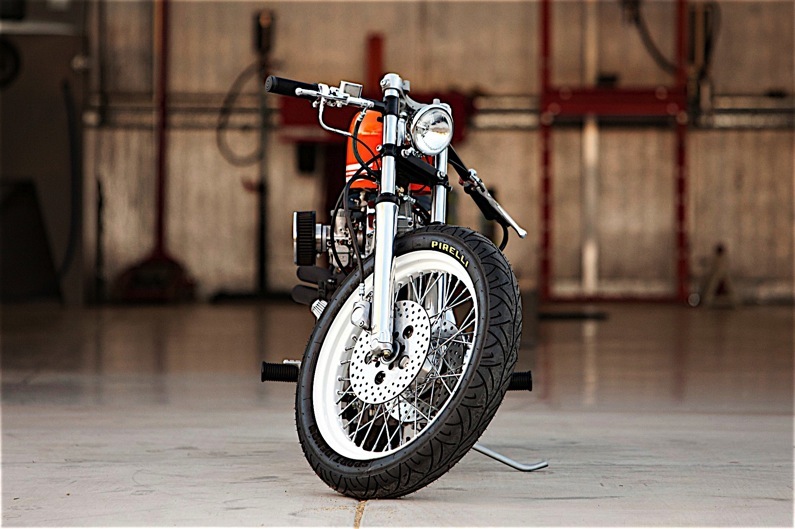 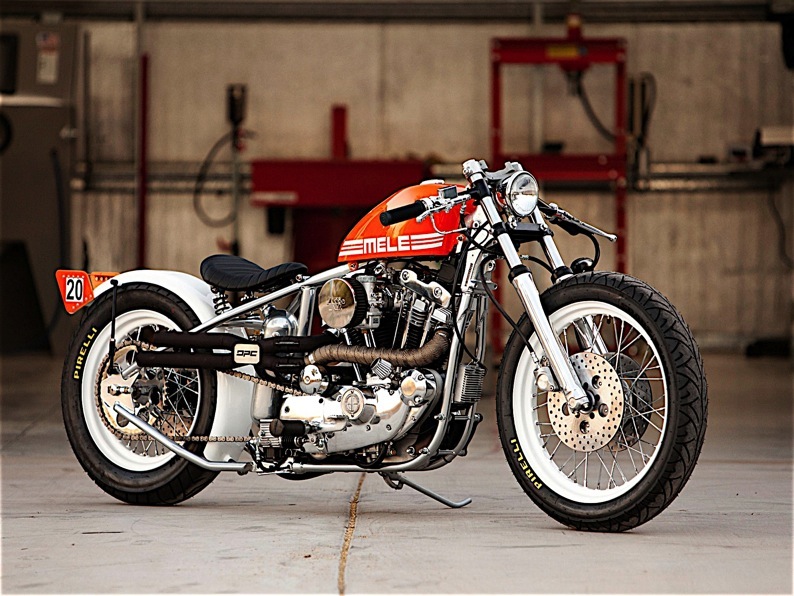 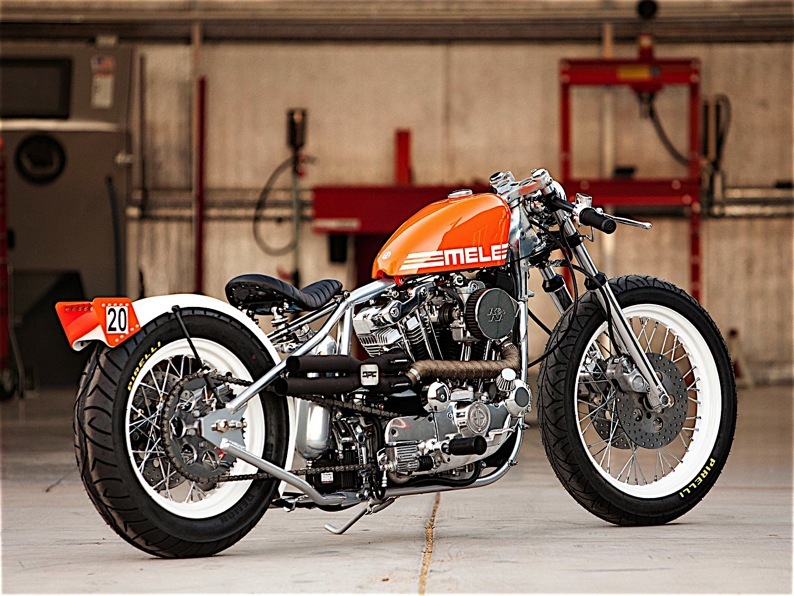 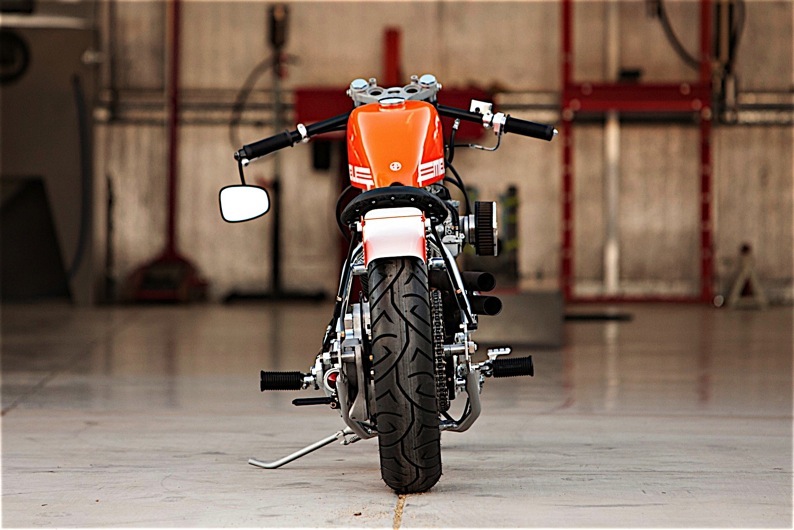 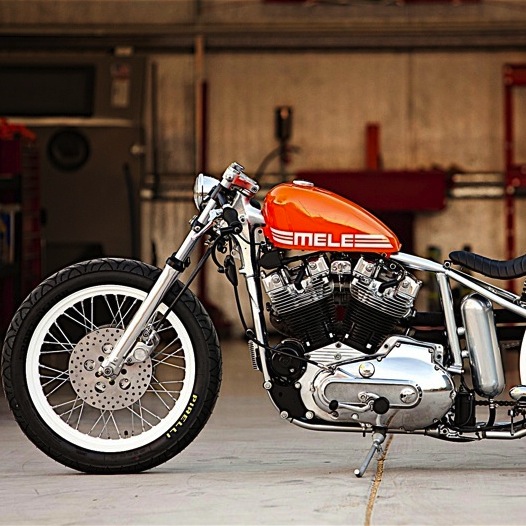