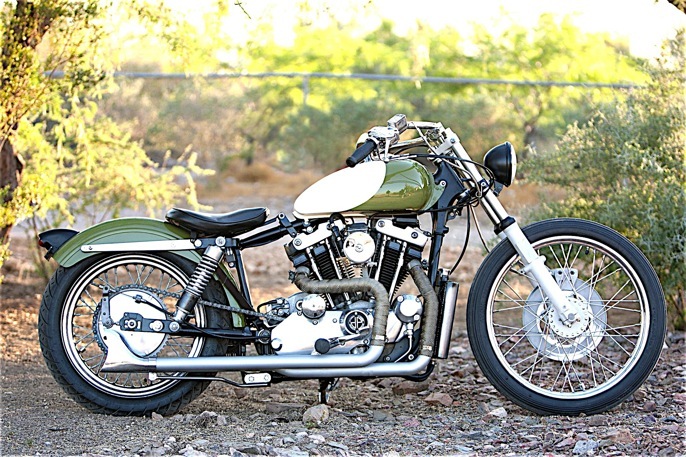 DP Customs is a relatively new bike shop with an already impressive list of builds under their belt, they built the 79 Gulf bike that lit up the international motorcycling press both in print and online, they also built one of my favourite bikes of all time, the baby blue 85 Hot Rod Café Racer.

This bike, the Super Sano Beach Cruiser, is a reworked and customised Harley-Davidson ’77 Iron Head. The two-tone paint work has an almost military-retro feel and the wrapped, fish-tail exhausts, bobber seat and non-vented disc brake give the bike a classic, timeless look.

The bike has already been sold (none of the DP Customs bikes seem to sit in the showroom for very long), we’ll keep a close eye on the Arizona based garage and bring you their new builds as they roll out. 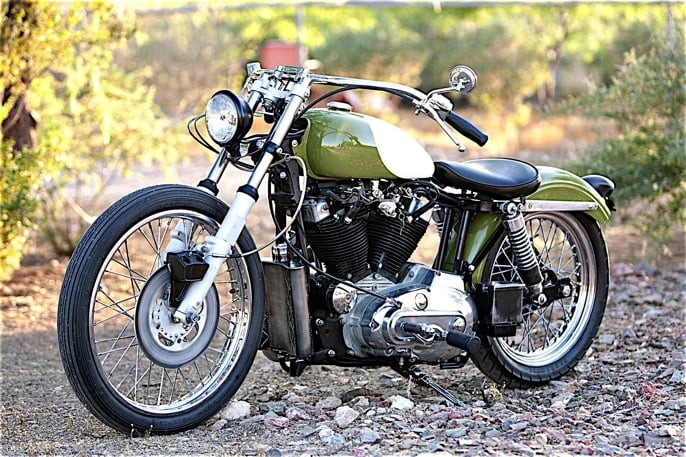 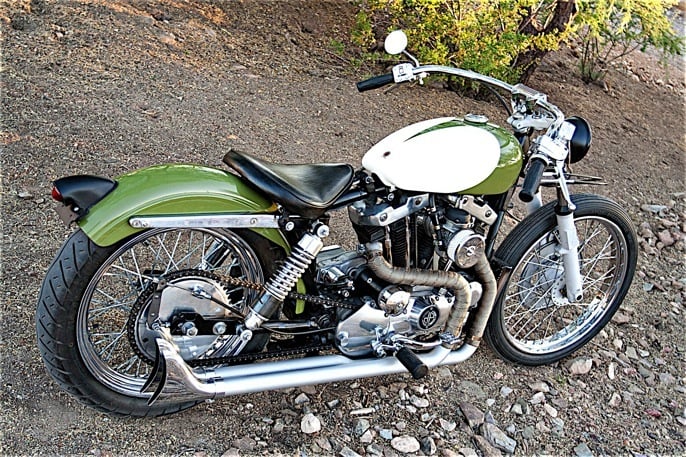