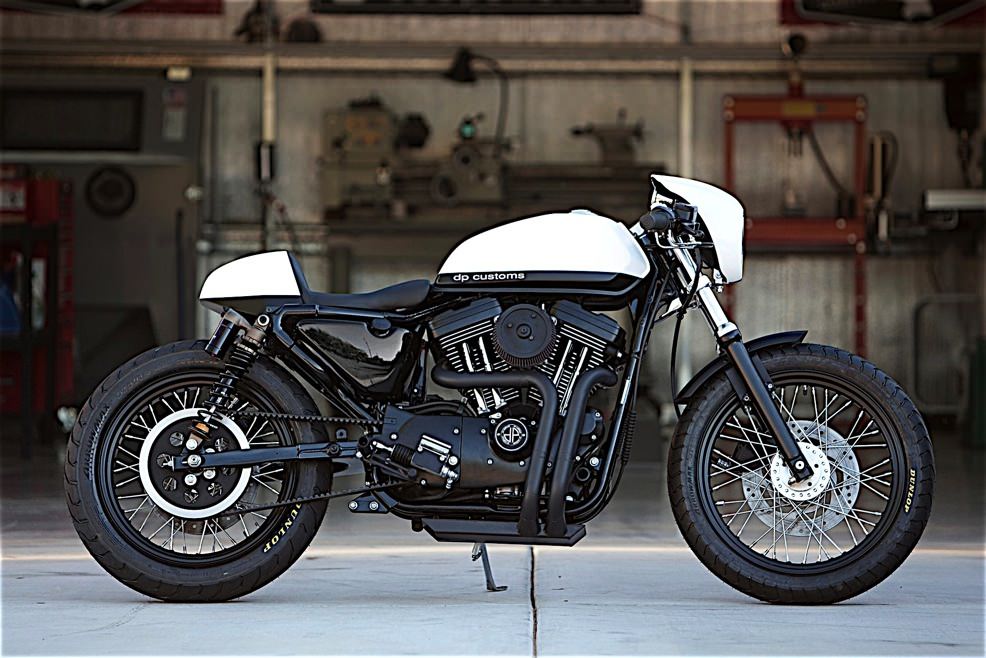 We’ve featured the inspired work of DP Customs in the past, their motorcycles always pull in a huge amount of attention, largely because they produce motorcycles that (I think) are the true descendants of the early American custom motorcycle scene.

Long before glitzy metallic paint jobs, nose to tail chrome and ridiculous 300mm rear tires the Americans used to take WWII era Harley-Davidsons, Indians and Triumphs and turn them into stripped back customs capable of drag racing all night and then riding home in the early hours. This is the kind of bike that DP Customs builds, and we love them for it.

This is one of the newer customs from DP, it’s based on a Harley-Davidson 1200 Sportster but looks like a totally new animal. The front end has been lowered then topped with RSD clip-on handlebars, that front cowling was made in house from a single piece of steel with the rear cowling and seat both being handmade shortly thereafter.

The rear shock absorbers are Progressive 970s, the rear-sets by Chainsikle and that interesting chambered exhaust was made specifically for this bike. The finished product looks for all the world like the Sportster that Harley should be making, if they wanted to make the bikes appealing to people under 50. 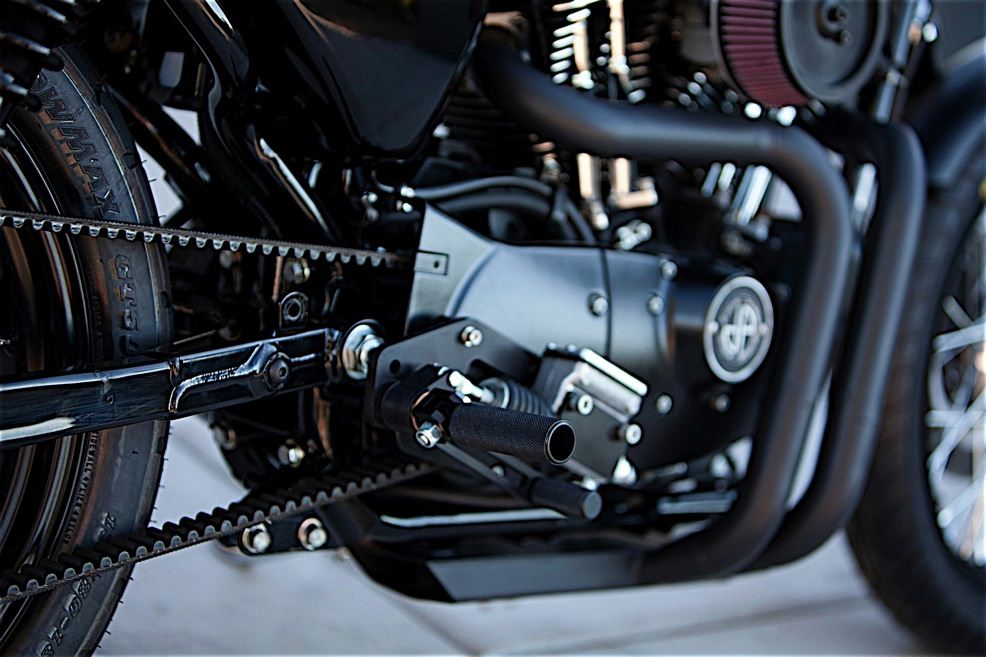 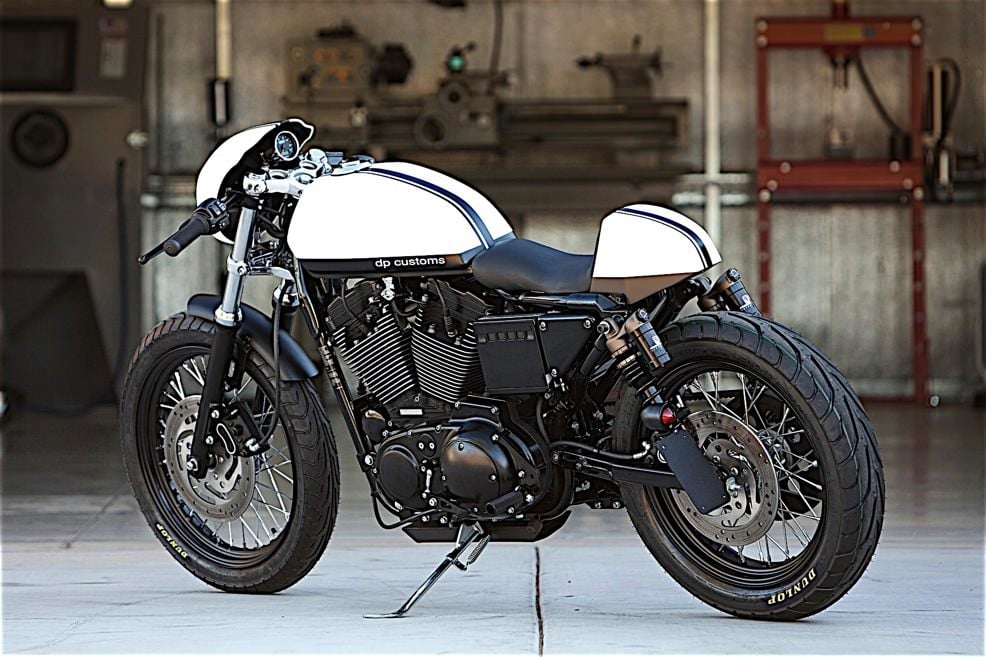 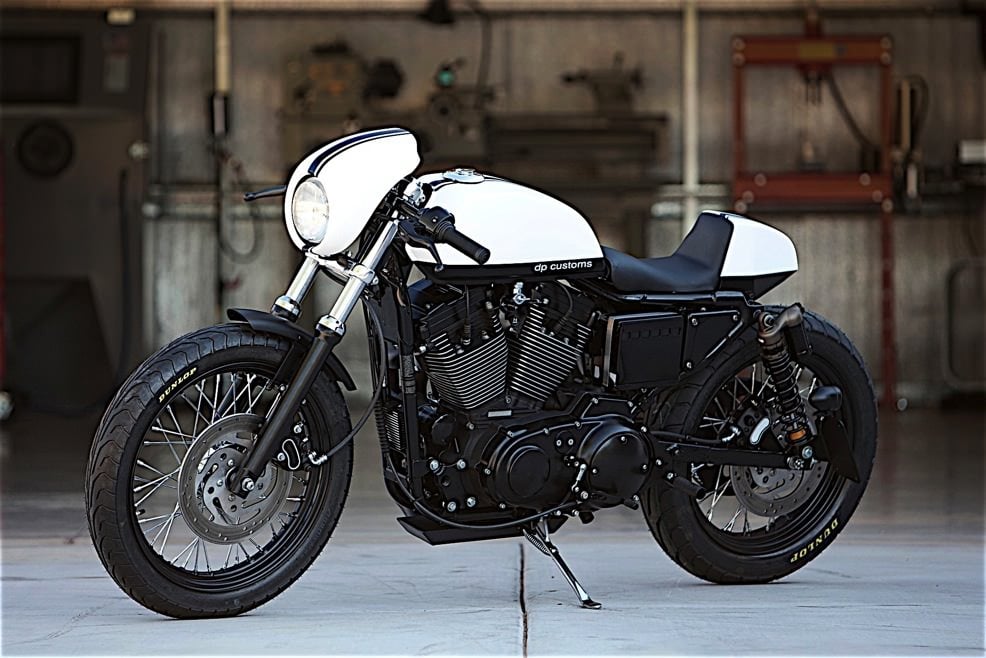