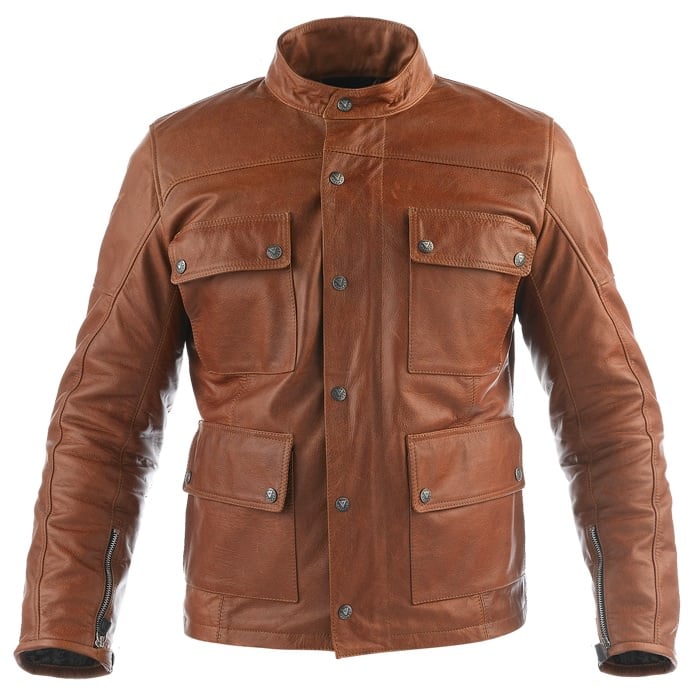 The G. Maverick Pelle is an interpretation of the classic motorcycle jacket by Dainese, it’s made from top-grain leather and has spaces for elbow, shoulder and back protectors. The 4 front pocket layout is reminiscent of mid-20th century motorcycle apparel design and the fact that it’s made by Dainese means that it’ll outlast Alpha Centauri.

Facebook Twitter WhatsApp Email Impressively, Wolverine 1000 Mile Boots have been made in the United States for over 100 years – the boot was…

Facebook Twitter WhatsApp Email   The Sinn U1S is one of the newer releases from Sinn Spezialuhren, a German company that has been building…

Facebook Twitter WhatsApp Email This is the Viva Real Evil t-shirt from the team over at Revival Cycles, it contains a hidden message in…