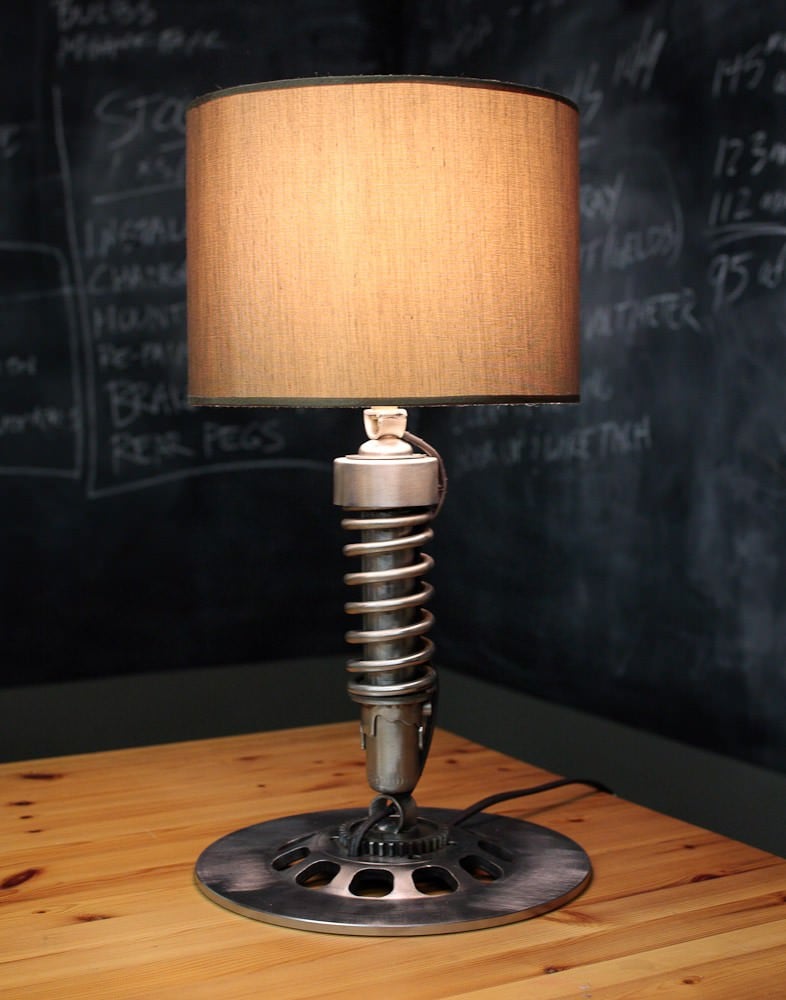 Search the globe and you’ll never find a cooler lamp than this, that main shaft is an authentic vintage shock absorber and the base is a brake disc. Each of them is made by hand by John over at Classified Moto, he also builds some of the most aesthetically pleasing custom motorcycles in the world so feel free to have a poke around his website.

This NASA-approved shirt features the main control panel of the Lunar Roving Vehicle (LRV) better known as the “Moon Buggy”. The Moon Buggy has the…

As vintage car collecting and racing becomes more and more popular the demand for vintage motorsport decals has continued to rise. Surprisingly it’s not as…

Icon is based in Portland, Oregon and as a result the company’s employees are all experienced at riding in the rain. They developed the…

This is the Astorflex Bitflex Chelsea boot, each pair is handmade in Italy by a family that’s been making boots for six generations – since…