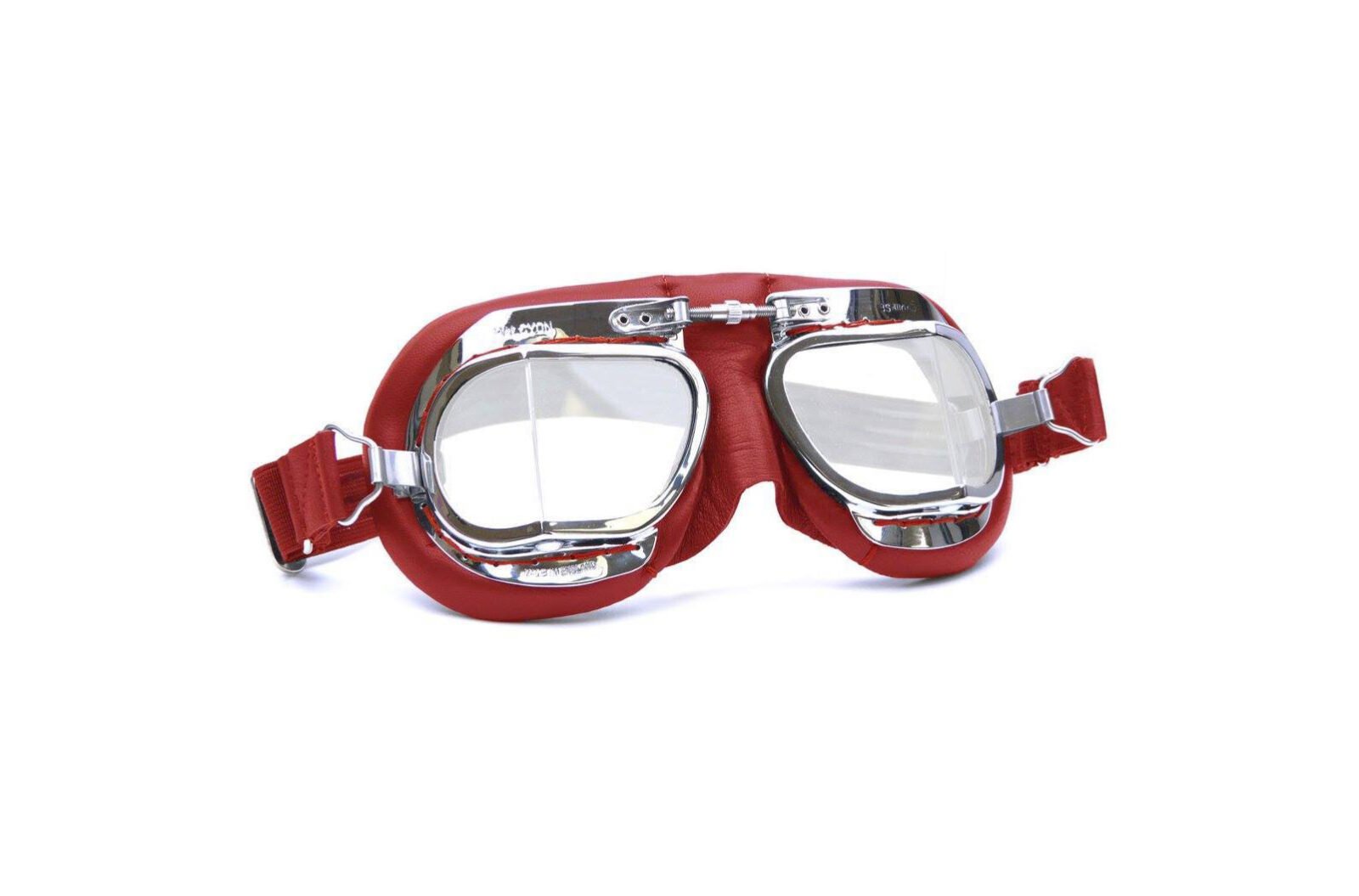 The classically-designed Halcyon Mark 49 motorcycle goggles are made in Britain from chromed brass and leather – the company prides itself on not using a single piece of plastic anywhere in their products, they still utilise the same materials and methodology they’ve used since the mid-20th century.

Each set of goggles starts life in the Hertfordshire factory as a single sheet of brass which is cut to shape and formed into a pair of distinctive motorcycle/aviator goggles just like the pilots of WW2 wore 70 years ago.

The brass is chromed for longevity and corrosion resistance, and a richly upholstered leather face mask is attached to the back for all-day comfort.

The Mark 49 goggles have an adjustment screw above the nose that allows the wearer to adjust how far apart the lenses are to tailor the goggles to their face perfectly. The lenses are made of tough, shatterproof polycarbonate that meets or exceeds the Safety Institution Standards (BSI – BS4110), they also offer 99.9% UV protection.

The wide elastic headband had silicone strips on the inside to keep it firmly in place when the goggles are worn with a helmet, they fit inside the eye port of most 3/4 face helmets and of some full face helmets with larger front openings like the Bell Moto 3.

It’s increasingly difficult to find good quality, traditional goggles that aren’t made of tacky chrome-coloured plastic, there are fewer still that are still made in Britain. The MK49 goggles come in a variety of color options and one size fits all due to the adjustable bridge.