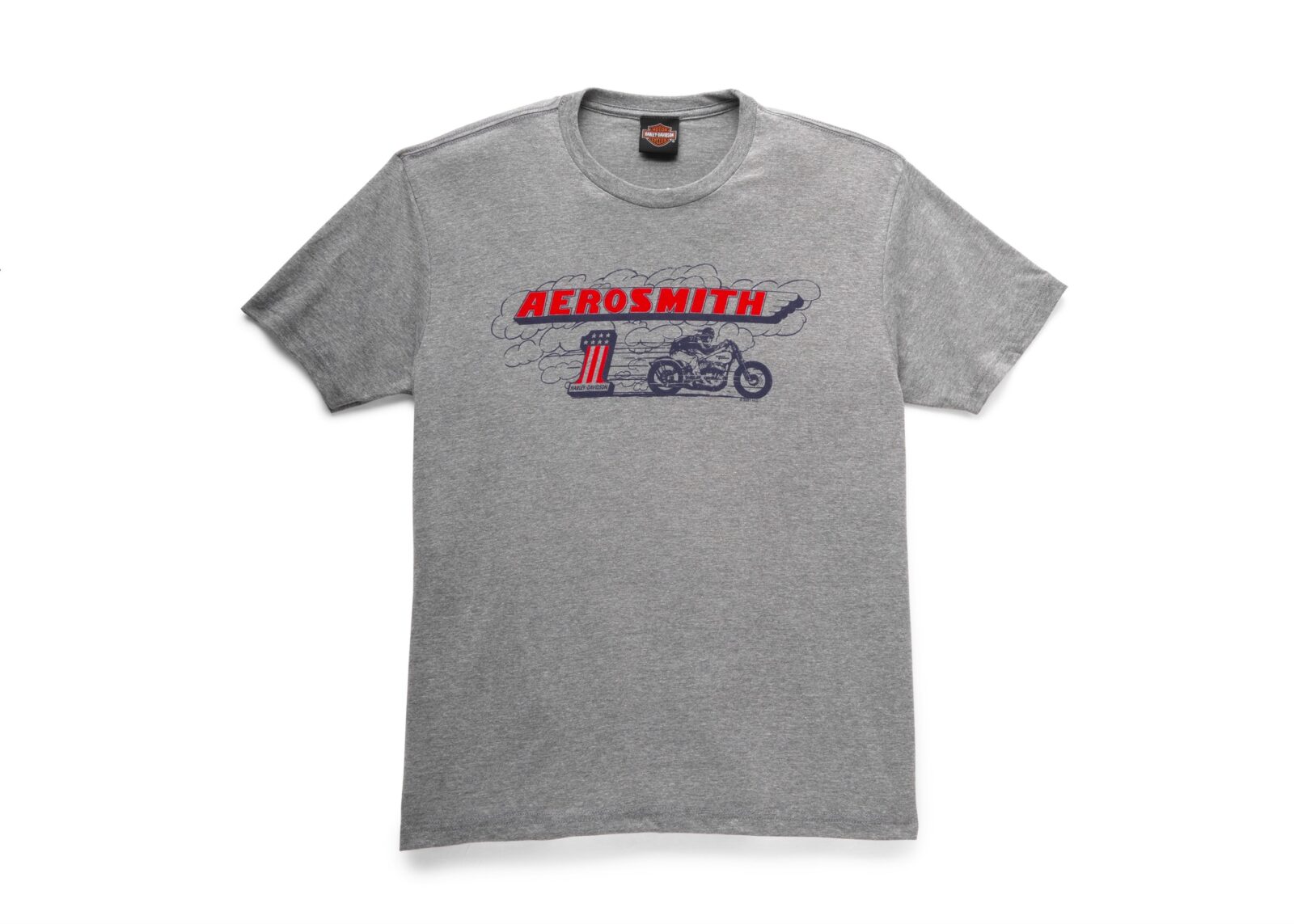 This is the new H-D x Aerosmith Burnout Tee, as the name suggests its a collaborative effort between Harley-Davidson and Aerosmith, showing a mid-20th century racer piloting a Harley-Davidson WR under the classic Aerosmith logo from their first album cover.

Harley has been making race bikes since the company’s infancy, early motorcycles were little more than bicycle frames with engines bolted into them early on, a formula that slowly evolved (largely through racing) into the modern motorcycles we have today. 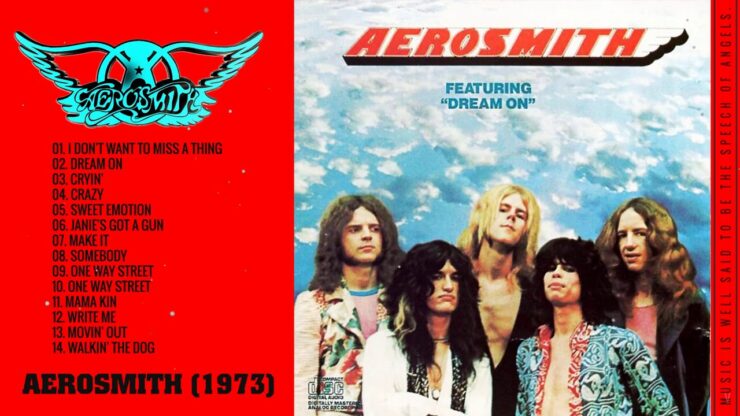 Above Image: The debut album cover from Aerosmith’s 1973 release. Note the logo design at the top above the band.

Steven Tyler, the lead singer of Aerosmith, is a noted fan of Harley-Davidsons and owns a number of them, so he likely didn’t need much convincing to sign off on the collaborative t-shirt.

Each of these tees is made from a blended fabric, they have a rib-knit neckline, and sizing ranges from M up to 3XL. Color choices have been kept simple, you can have grey or, well, nothing. This t-shirt design is listed as limited edition which means when they sell out they’re gone, so if you do want one it’s probably better to act fast. 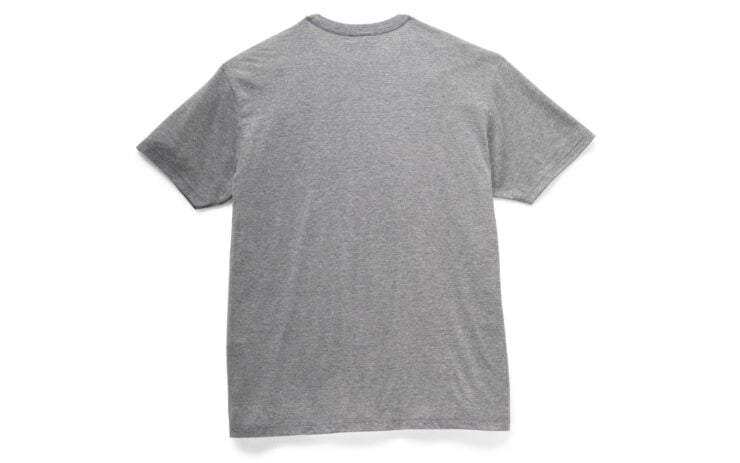