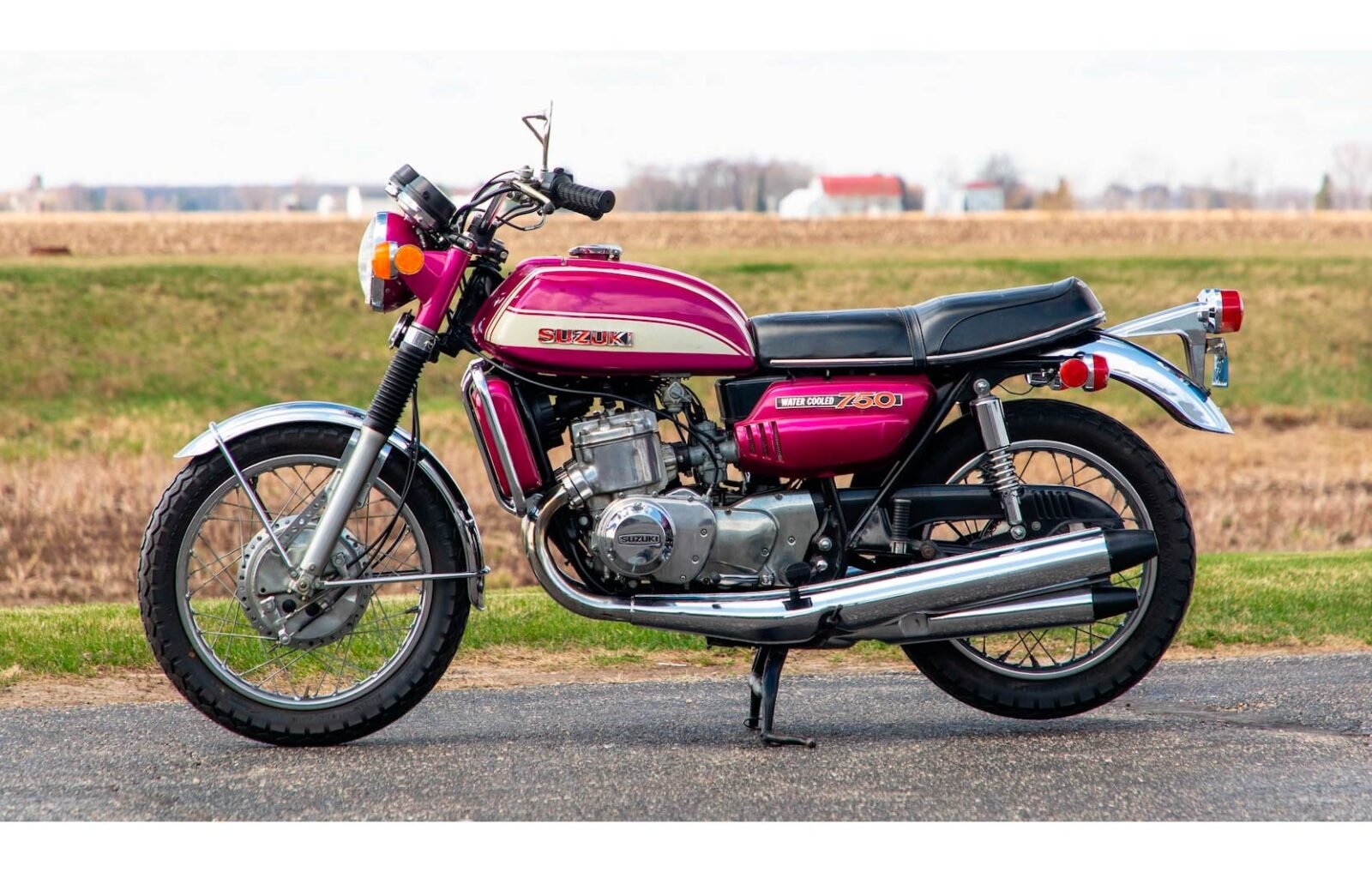 The Suzuki GT750 has the distinction of being Japan’s first liquid-cooled motorcycle, it was developed for much the same reason as the Honda CB750 – to take the fight to the major British and American motorcycle marques.

When it was first shown to the public at the Tokyo Motor Show in late 1970 the Suzuki GT750 caused a significant ripple of interest, larger capacity motorcycles had typically been the wheelhouse of the big European and American motorcycle makers – but it was clear that the Japanese were coming.

The first major salvo in the motorcycle war that would very nearly sink the entire world of Western motorcycle manufacturing was the CB750.

This new model from Honda didn’t quite have the handling of the bikes from Ducati, Norton, MV Agusta, and Triumph but it did have an electric starter, a reliable engine, a front disc brake, and it didn’t leak oil – and for many riders this more than made up for it.

While the other major Japanese motorcycle manufacturers raced to develop their own versions of the CB750, in so doing creating the concept of the Universal Japanese Motorcycle or UJM, Suzuki opted to go in a slightly different direction. 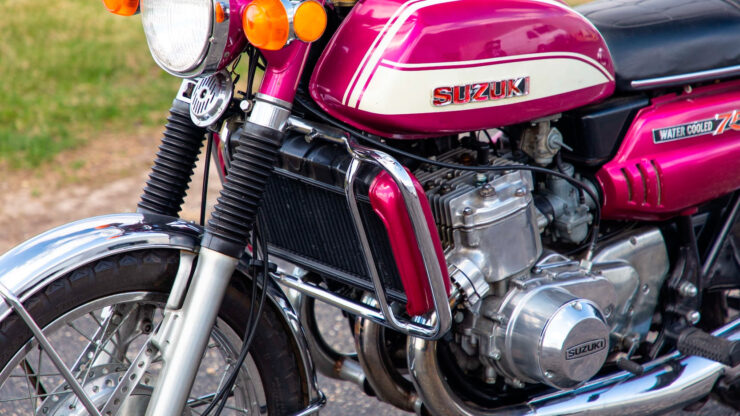 Rather than going with an OHC inline-four cylinder engine like the rest of the UJM pack Suzuki opted to take the two-stroke T500 parallel twin and graft an extra cylinder onto the side. This created an inline-three cylinder two-stroke with a swept capacity of 739cc and more than enough power to keep up with its rivals.

Of course, at this point early in the 1970s it wasn’t yet known that two-strokes would eventually be an evolutionary dead end for internal combustion engines, and many motorcycle manufacturers were betting big on two-stroke tech.

These nicknames all related in someway to the water cooled engine which some in Britain thought looked like a kettle. The American “Water Buffalo” moniker was a reference both to the liquid cooling and the fact that the bike had a curb weight of over 500 lbs.

The reviews of the Suzuki GT750 when it was released were somewhat mixed. It did provide a good experience for longer distance touring, however it was too heavy and cumbersome for real sporting performance – and that’s what most people expected from it. 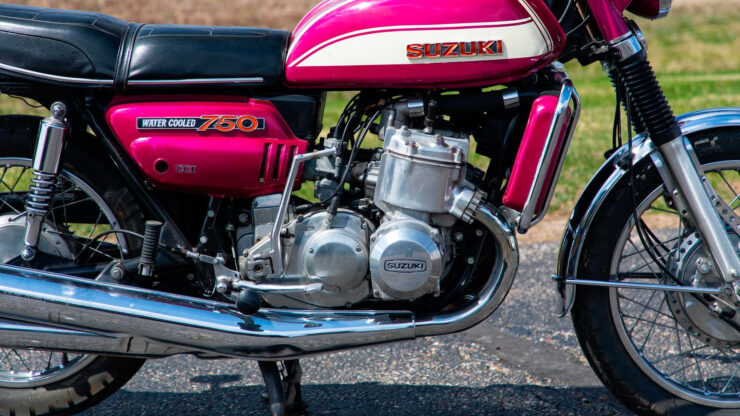 It’s been argued that Suzuki named it the “GT” for grand tourer specifically to tell people what kind of motorcycle it was, but because of its engine size and because of the CB750 people were expecting it to be a different motorcycle.

Today we look back at the GT750 as an unusual Japanese superbike from the 1970s that never became quite as popular as its rivals, but modern day owners swear by them and they’re always popular talking points at vintage bike events.

The example you see here is from the 1972 model year, just the second year of production, and it’s wearing one of the most eye-catching colors offered – California Burgundy.

It’s in remarkable overall shape, many of these were cusomized by their owners so finding on in factory original condition is rare indeed.

If you’d like to read more about this unusual Suzuki or register to bid you can click here, it’s due to roll across the auction block with Mecum in late April, at the time of writing there’s no price estimate. 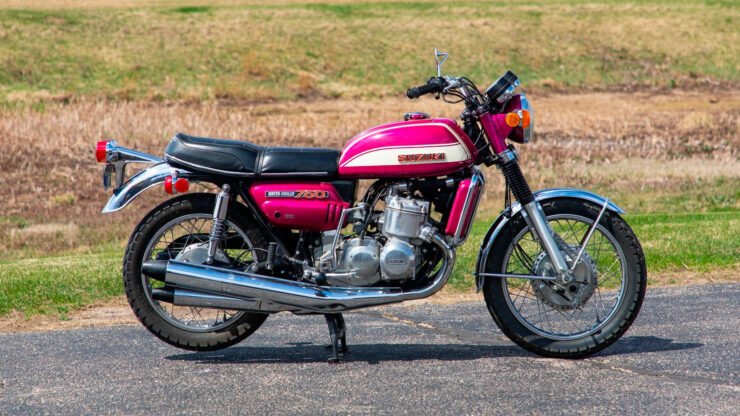 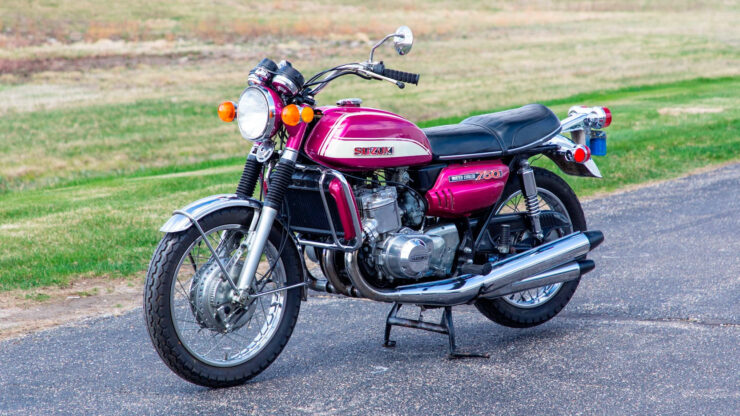 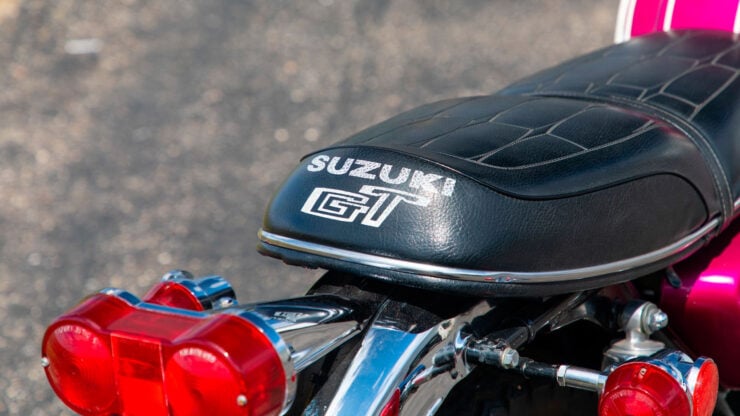 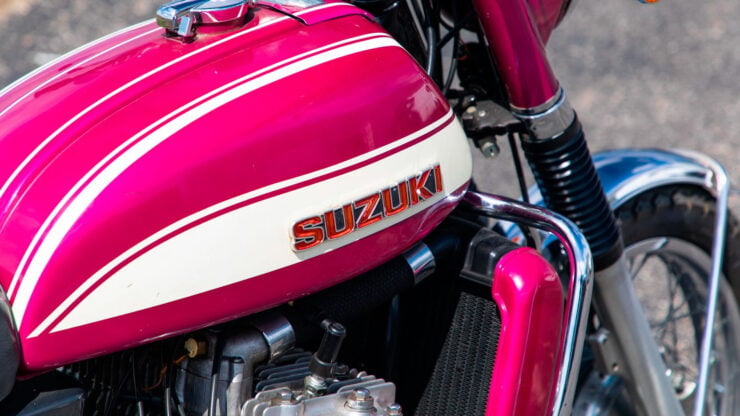 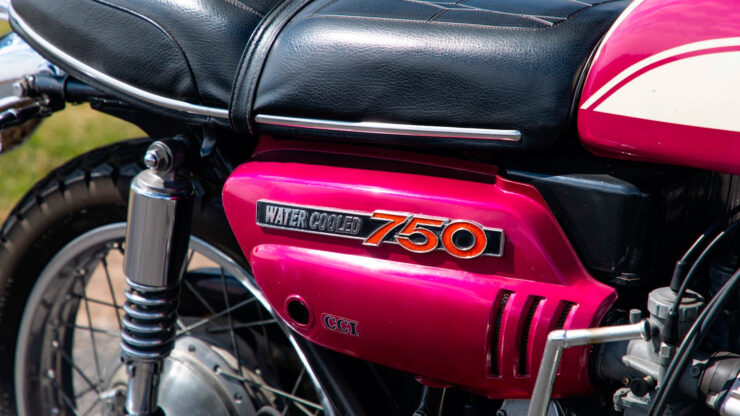 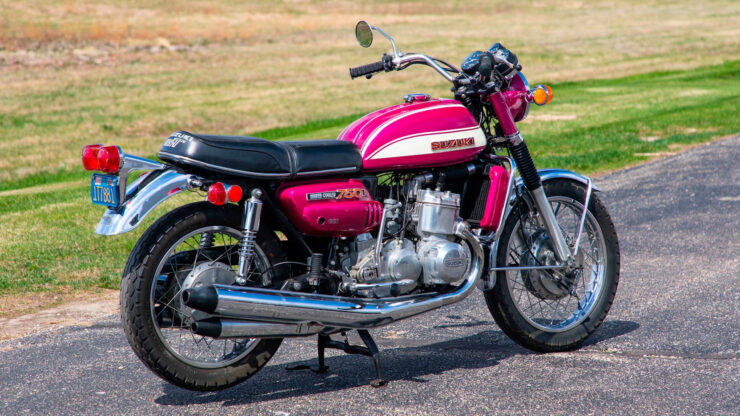 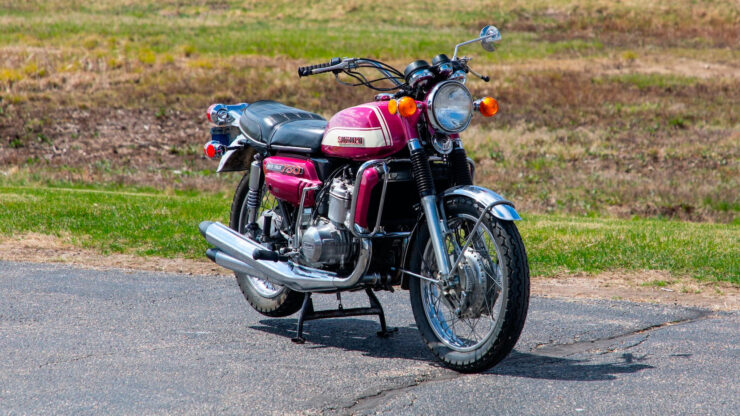 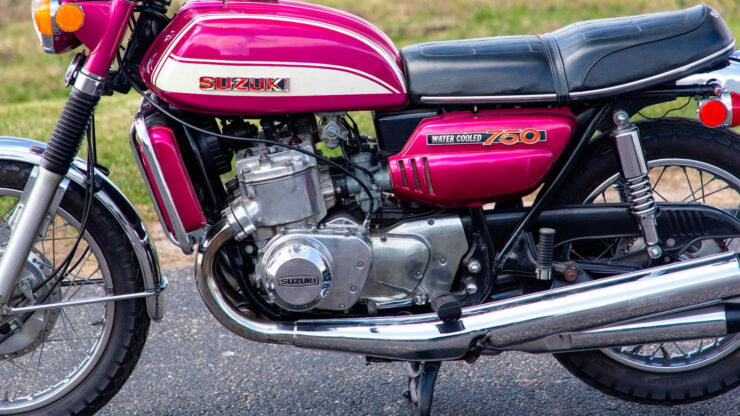