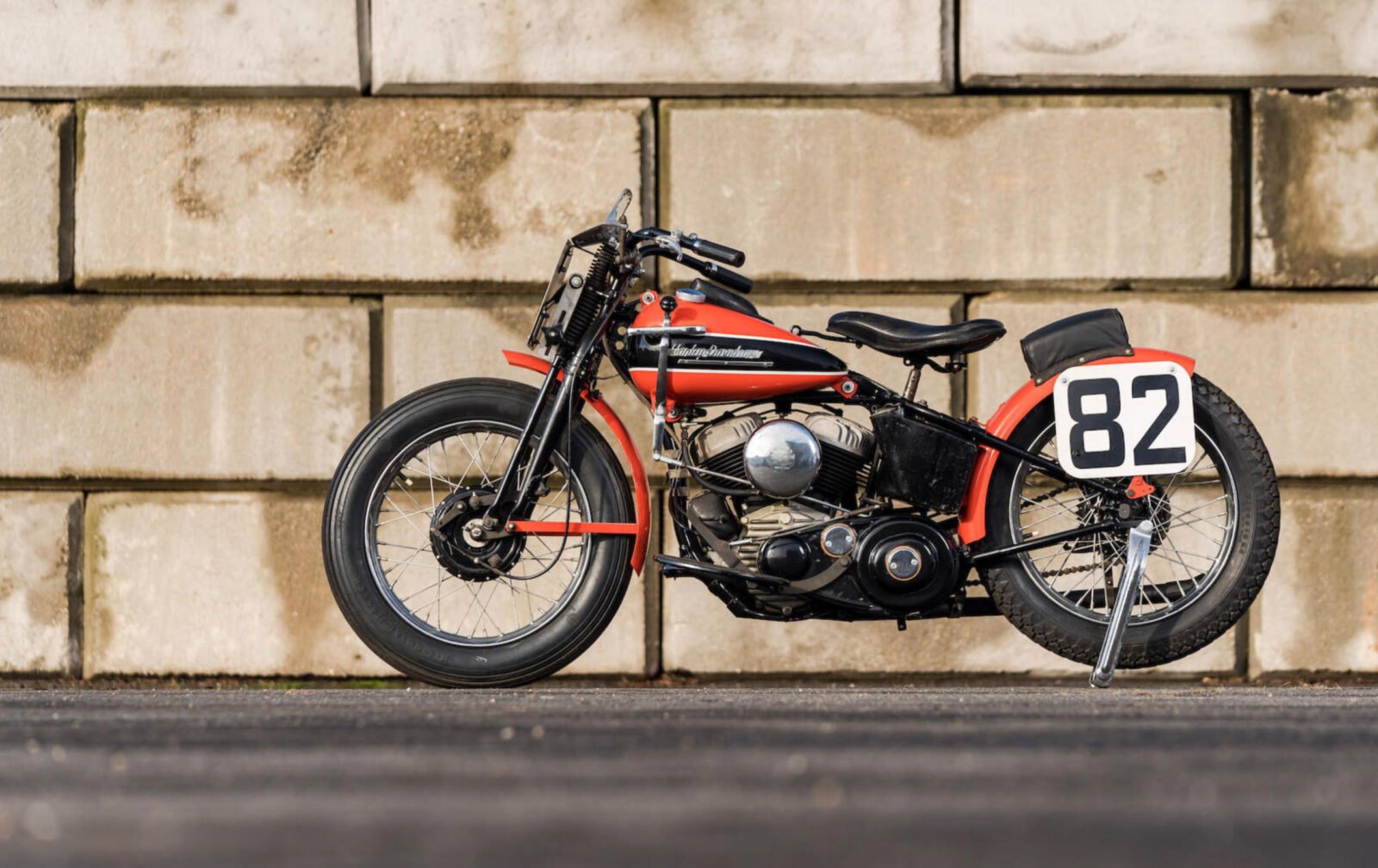 The Harley-Davidson WRTT was the road racing, or “tourist trophy”, version of the WR flat track racer. Unlike the WR, the WRTT had front and rear brakes and 19-inch road racing wheels.

Original surviving factory WRTTs are now quite rare due to the fact that they lived hard lives on the circuits of North America before being retired and often scrapped due to their low value (at the time).

The Harley-Davidson WRTT and the WR

The D was replaced by the R series in 1932 which brought a slew of upgrades, and in 1936 the R series was replaced with the W series. The W series would go on to have the highest production numbers of any Harley up until that point in history, this was largely due to the military versions dubbed the WLA and the WLC. The WLA was produced in vast numbers for the war effort, it became popular with troops due to its toughness and reliability, and many of them have survived to the modern day. 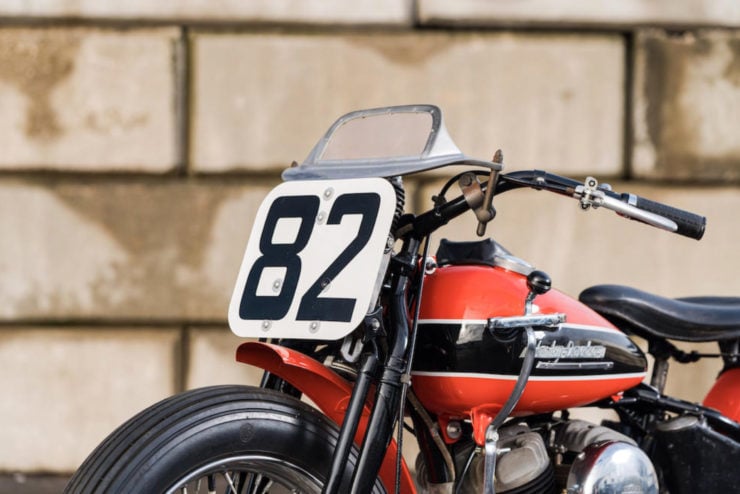 Within the W series there were six major variants, the W, WL, WLA, WLC, WLD, and WR. The WR was the racing version, frequently used for flat track racing however WRs raced in a wide variety of series in the USA and around the world, and they still compete today in many vintage motorcycle races.

Each WR left the factory ready to race, they were typically fitted with a special WR cam, they also had a lightened frame, and no provision was made for rad riding at all, helping to further keep weight down. Expert WR engine tuners can turn these motorcycles into reliable 100+mph racing machines, and back during their heyday they won hundreds of races across the country.

The Harley-Davidson WRTT was produced in significantly lower numbers than the WR, the WRTT was specifically intended for road racing which necessitated the installation of a front brake – the flat track oriented WR was only fitted with a rear brake. The WRTT had a number of other modifications including a close ratio 3-speed gearbox, they were often fitted with 19 inch wheels and road racing tires as opposed to tires intended for use on dirt ovals. 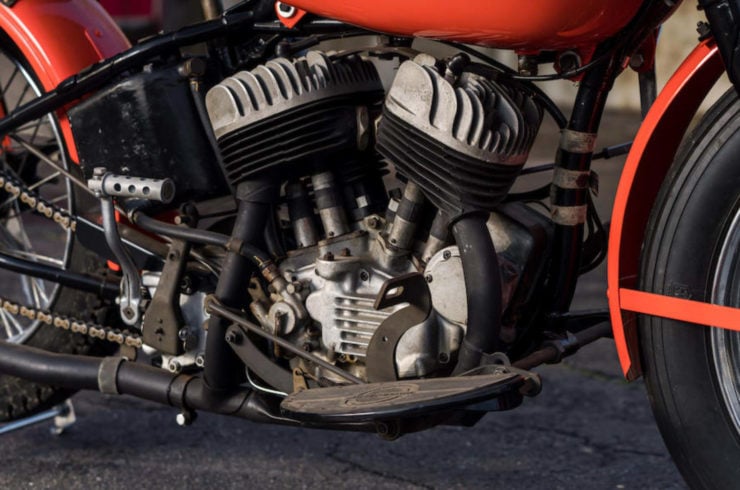 The Harley-Davidson WRTT you see here is an original factory example, it was ridden by a number of significant riders in the era including Joseph Holoubek (race no. 99) in Sturgis 1949 and again in 1957 (race no. 82), and Harland Zobel (race no. 15) at the Springfield Mile on August 17, 1952.

The bike is also fitted with a rare MR3 Linkert race carburetor and longer factory road race exhaust, it also comes with a leather saddle, pillion and chin pads together with period-correct Jack Tracey windshield.

The restoration was completed by Harley-Davidson WR expert Leo Hulnick to a very high level, and it’s now believed that this may be one of the best surviving WRTTs in the world. If you’d like to read more about this bike or register to bid you can click here to visit the listing on Bonhams. 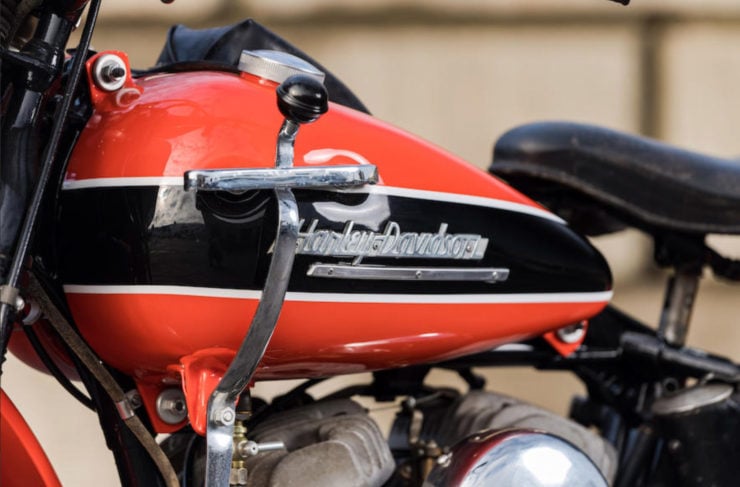 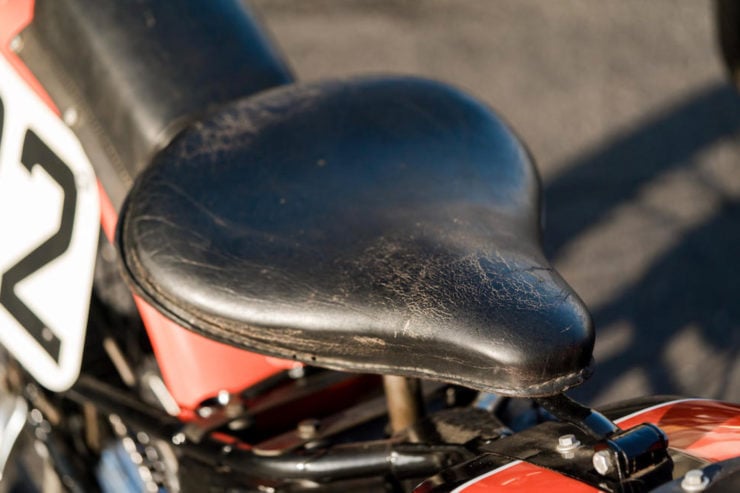 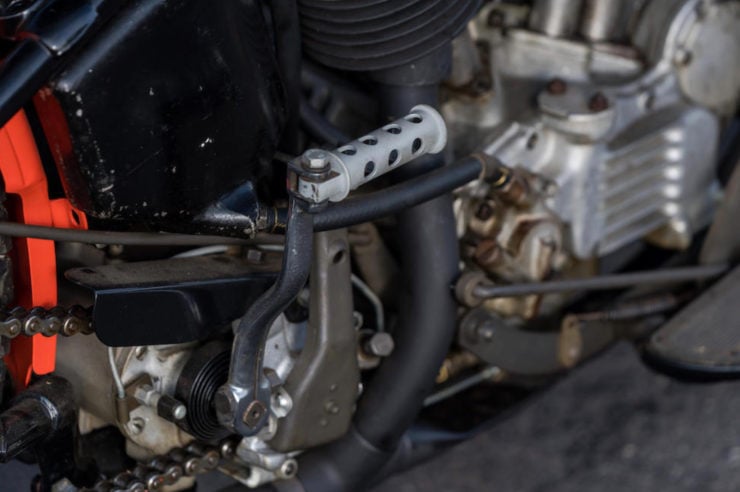 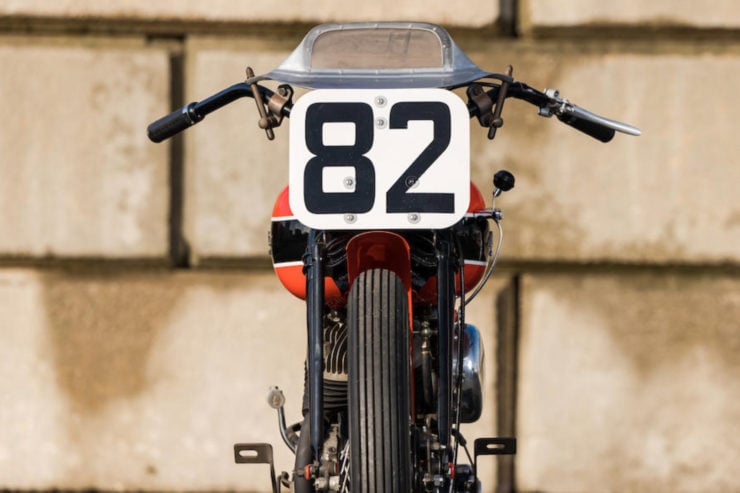 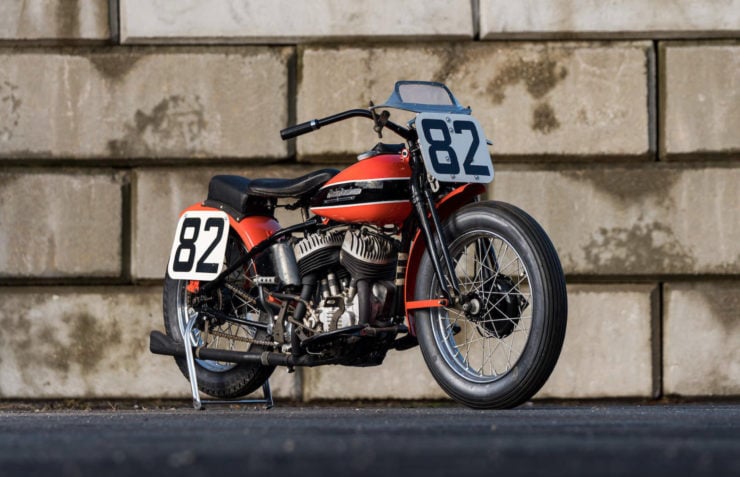 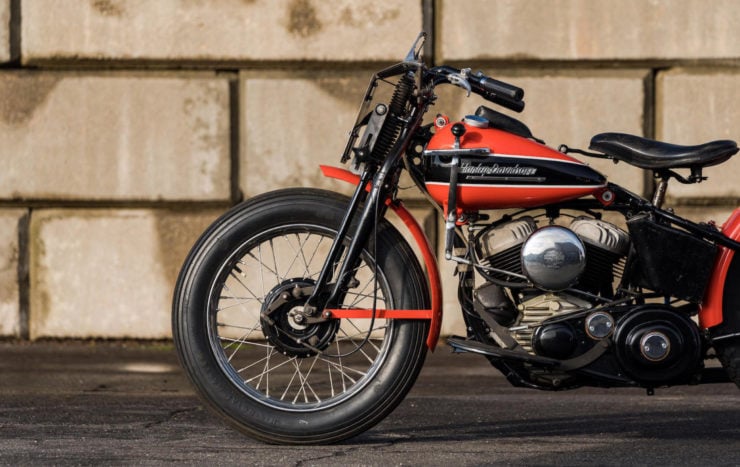 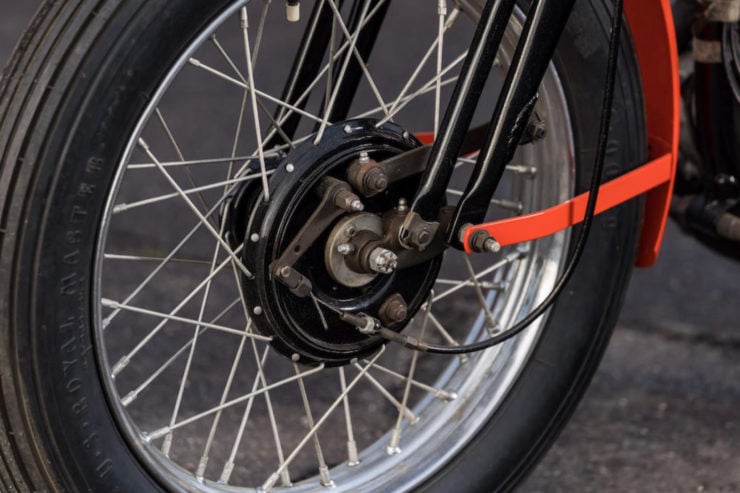 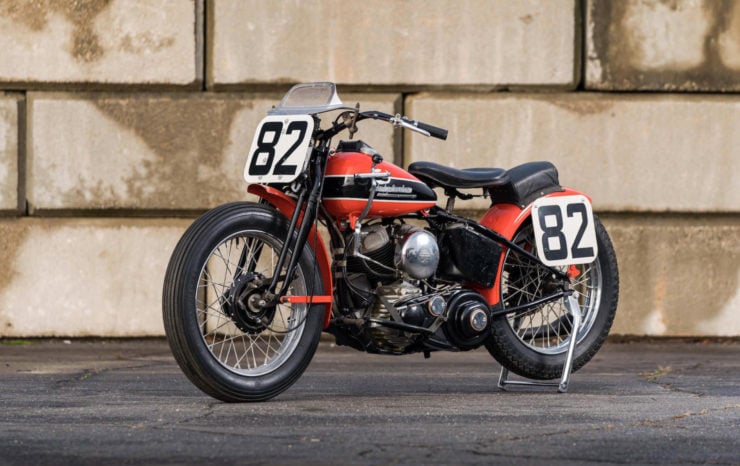 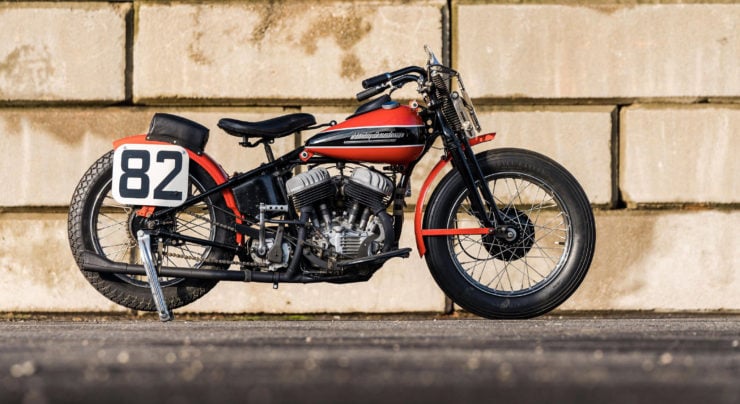 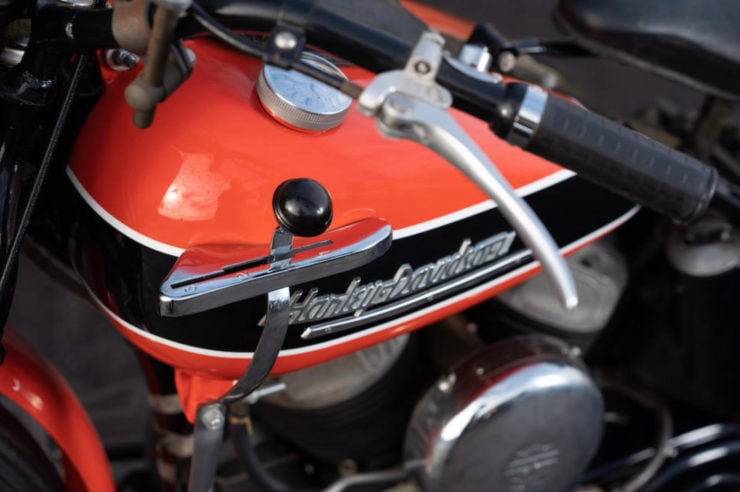 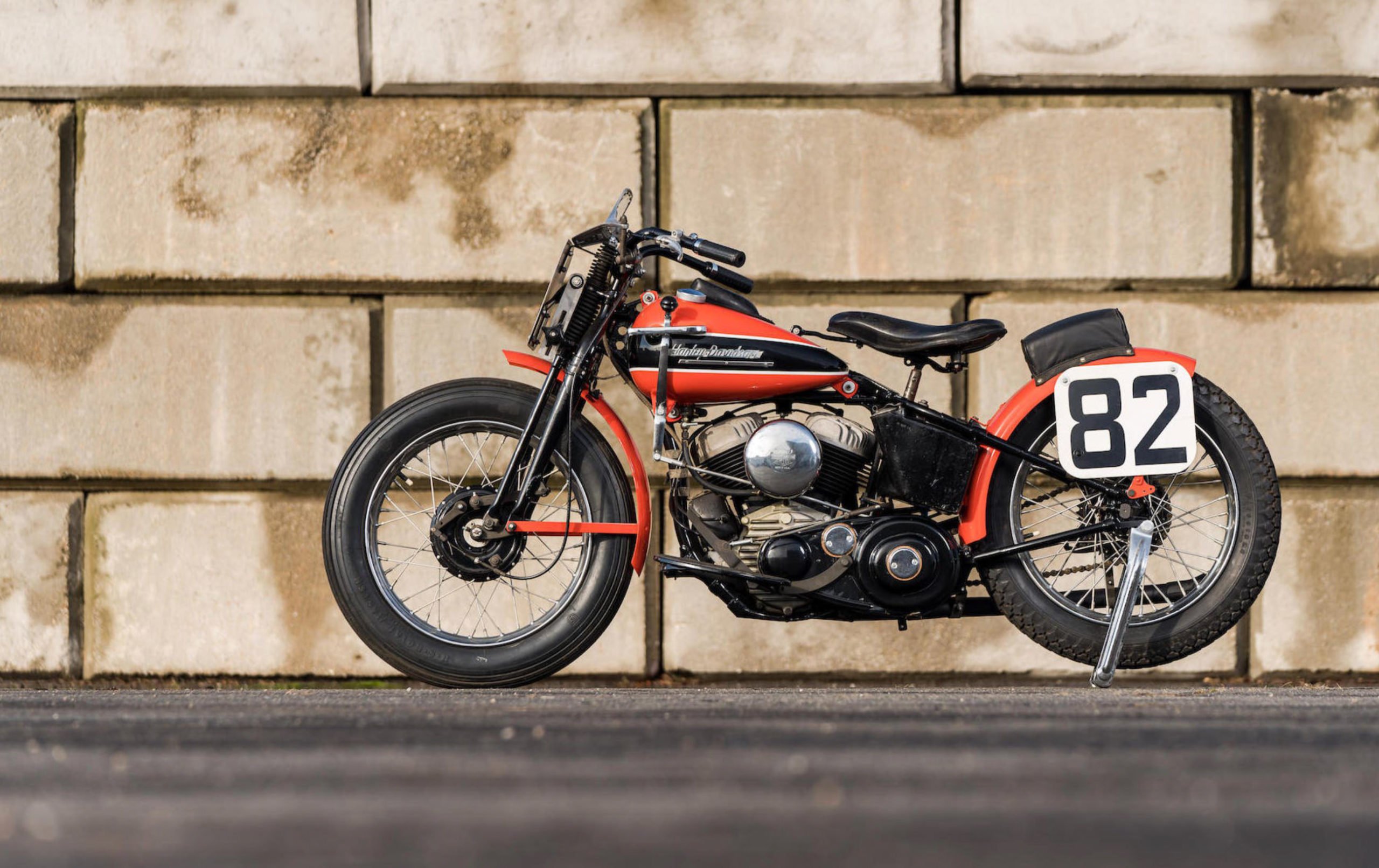