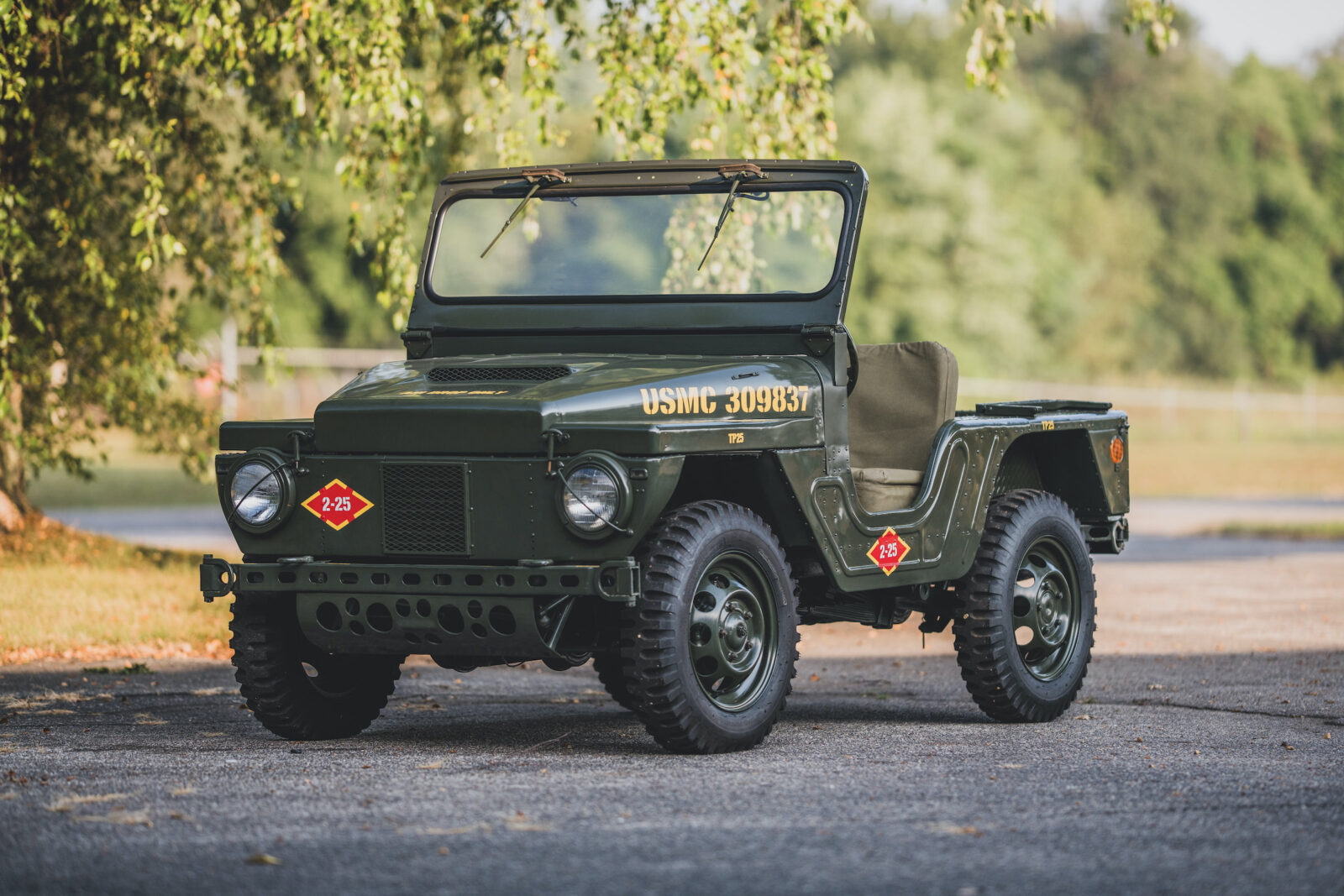 The American Motors Mighty-Mite was developed in the mid-1940s as a lightweight alternative to the Jeep that could be more easily deployed by helicopter. Interestingly, an early prototype (the MARCO MM-100) was powered by a Porsche flat-4 air-cooled engine, and unusually for a four-wheel drive vehicle at the time the Mighty-Mite has all-independent suspension.

The Willys Jeep had more than proven its mettle during the Second World War and the Mighty-Mite wasn’t intended as a replacement, more of a supplement that was better suited to air deployment and for use in environments that called for a smaller more manoeuvrable vehicle.

American Motors (AMC) built two main variants of the Mighty Mite, the M422 with a 65 inch wheelbase, and the M422A1 with a 71 inch wheelbase. Both were powered by the unusual all-aluminum, air-cooled V4 engine with a capacity of 107.8 cu in (1.8 litres) called the AMC AV-108-4, it had been developed by American Motors specifically for the Mighty Mite with the key goal being compact and lightweight. 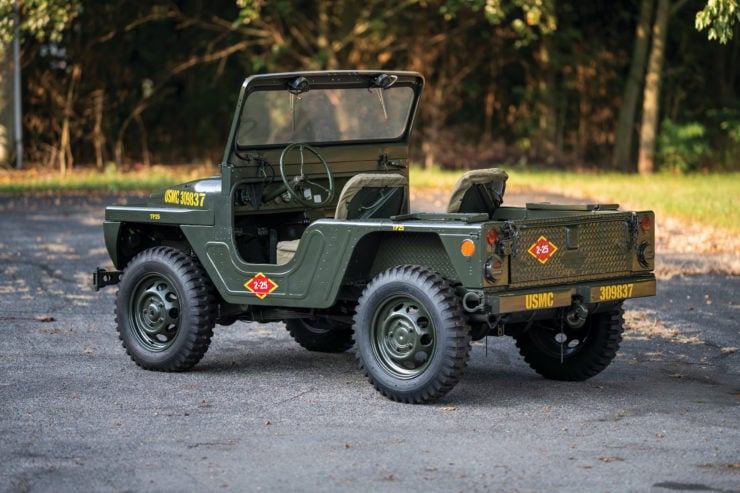 The engine is capable of 52 bhp and 90 ft lbs of torque – not huge numbers but the lightweight aluminum-bodied Mighty Mite only tips the scales at 1,700 lbs (770 kgs). The drivetrain consists of an integrated synchromesh 4-speed transmission and transfer case that allows the vehicle to switch between two and four-wheel drive on the move.

There was no low range option however the transmission was designed with a very low first gear to compensate. Power is sent to front and rear limited-slip differentials and inboard differential mounted drum brakes are used front and back. The aluminum body is mounted to a conventional ladder-style chassis and suspension consists of ¼ elliptical leaf springs on each corner.

The top speed of the Mighty Mite is 65 mph however the maximum operating speed recommended by the USMC was 55 mph. Range is approximately 221 miles or 362 kms, two people can be carried comfortably however up to six can be carried when required. The load carrying capacity is a respectable 850 lbs (390 kgs) off road and the vehicles could be adapted for towing. 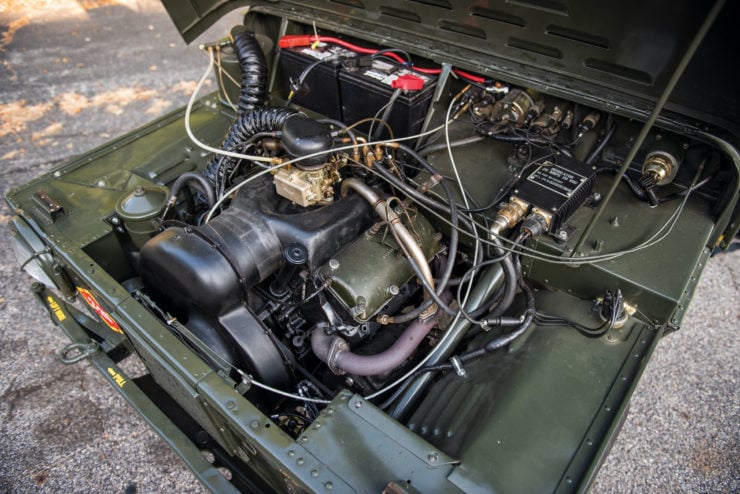 The original requirement for the Mighty Mite had been for a lightweight 4×4 capable of carrying Marines across varied terrain and being deployed by helicopter or parachute. From the 1950s to the 1960s the carrying capacity of helicopters had increased significantly and could easily carry normal Jeeps, this reduced the need for the Mighty Mite and contributed to reduced demand which saw less than 4,000 made between the late 1950s and early 1960s.

Today the vehicles are highly sought after for collectors for their novelty value, however they remain excellent small off-road vehicles with a fascinating history.

The vehicle you see here is an American Motors M422A1 Mighty-Mite, it’s one of the second generation designs with the slightly longer 71 inch wheelbase. It’s one of the most pristine examples we’ve ever seen, it’s carrying the correct USMC markings and it’s fitted with air-deployment shackles on all four corners.

If you’d like to see more or register to bid you can click here to visit the listing on RM Sotheby’s. It’s due to roll across the auction block in early May and it’s being offered without reserve. 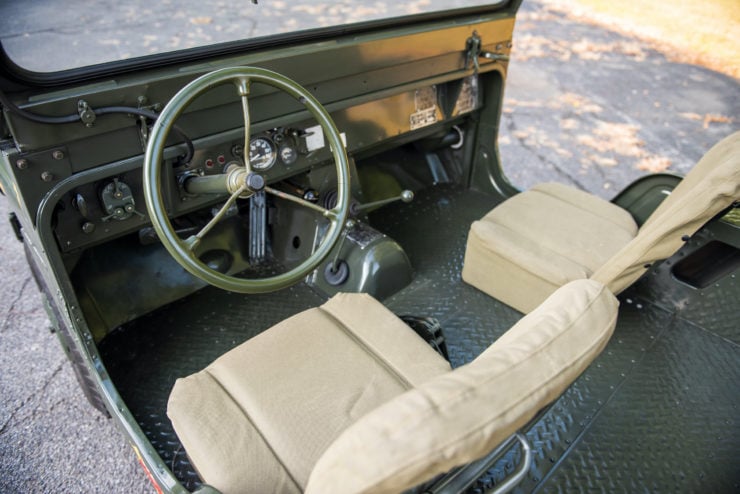 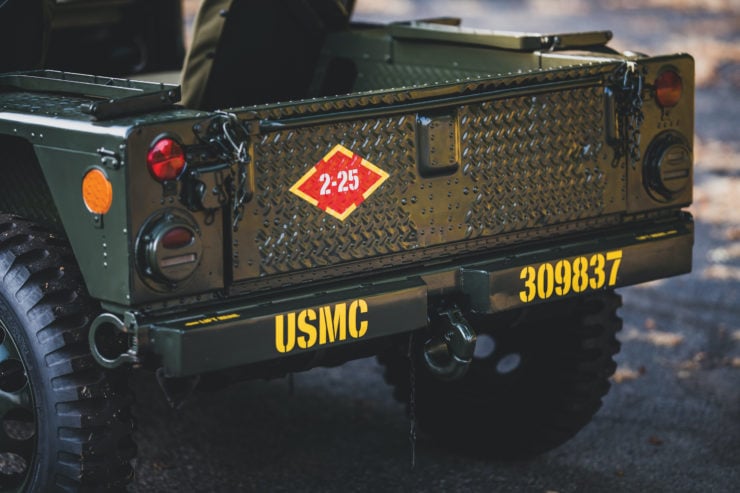 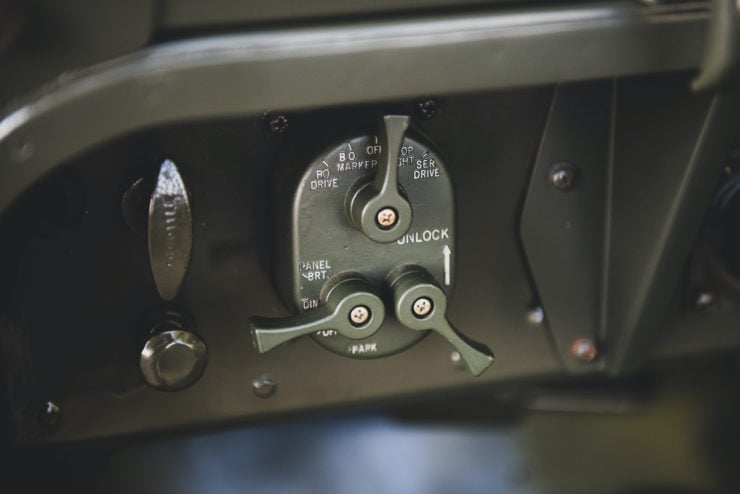 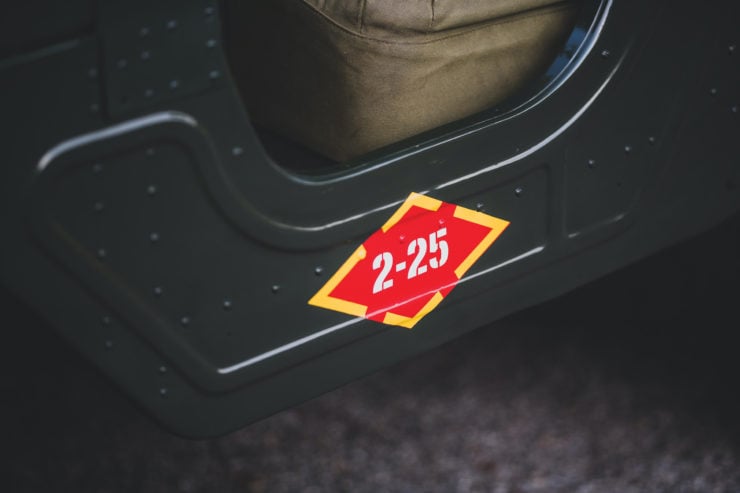 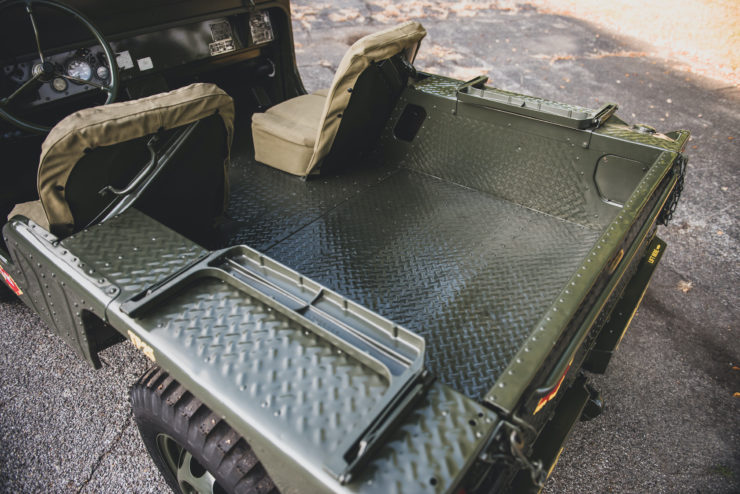 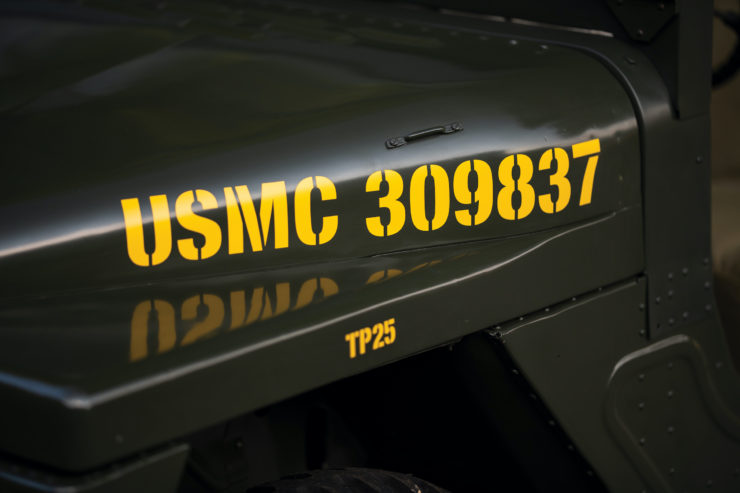 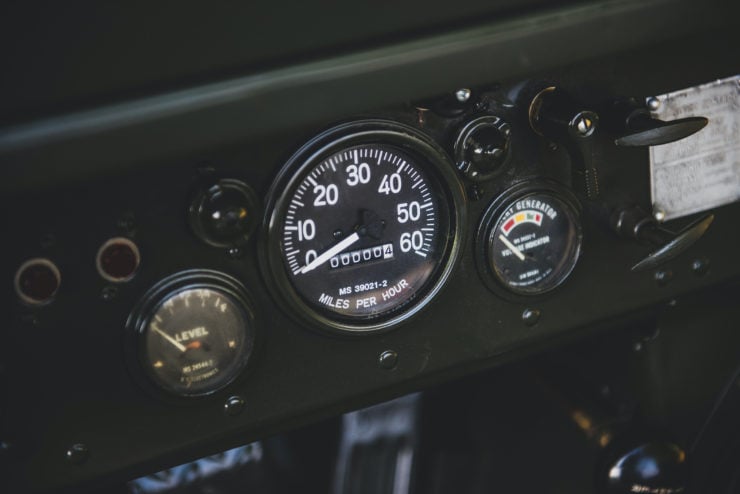 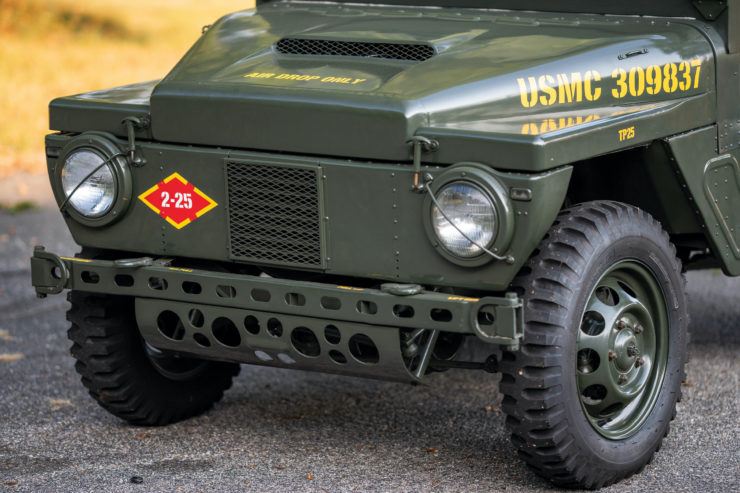 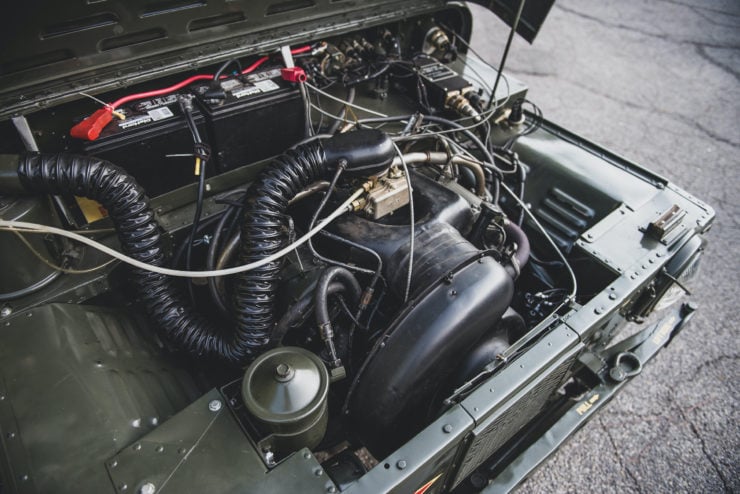 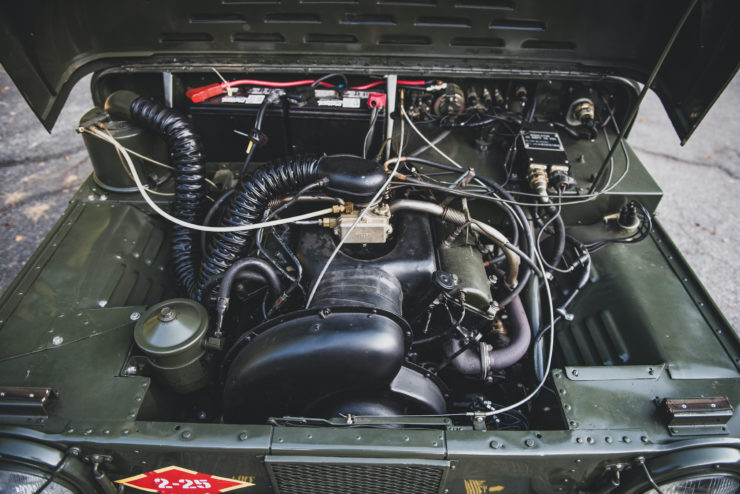 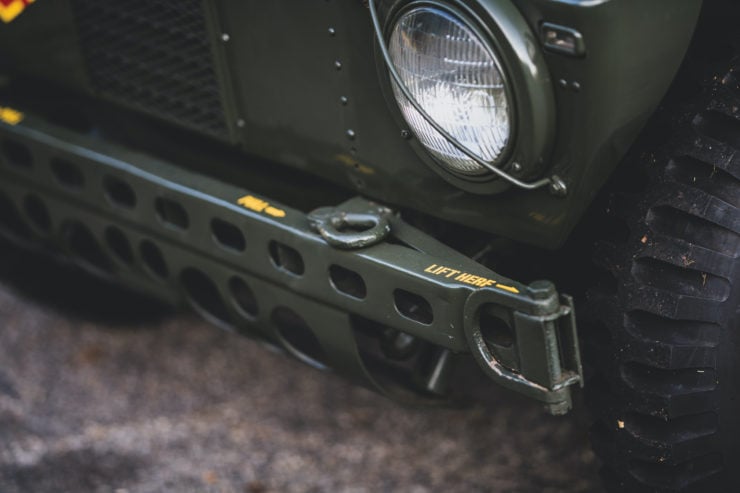 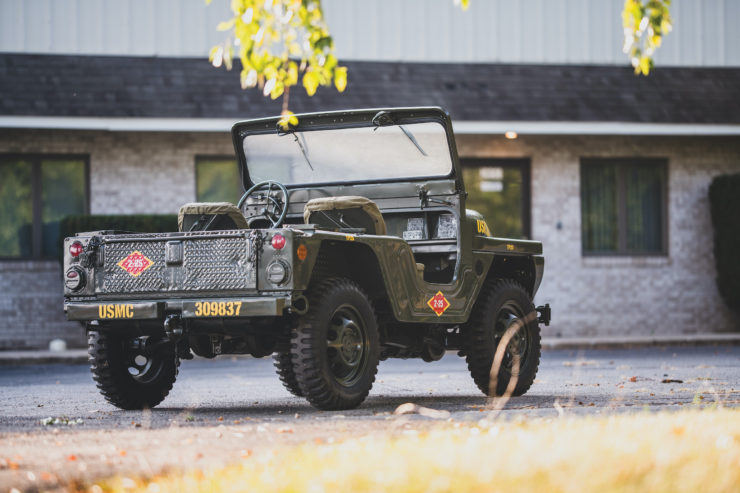 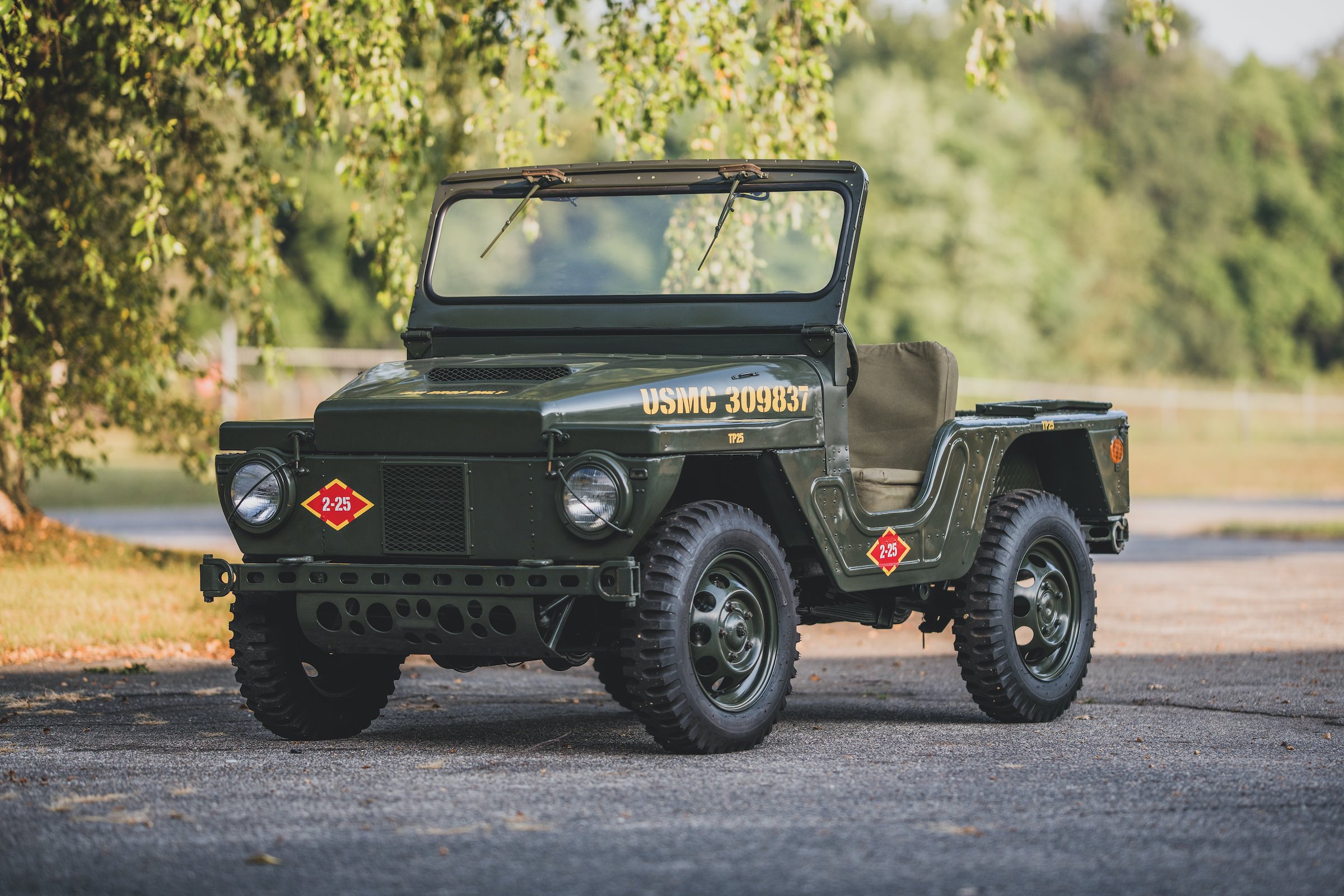