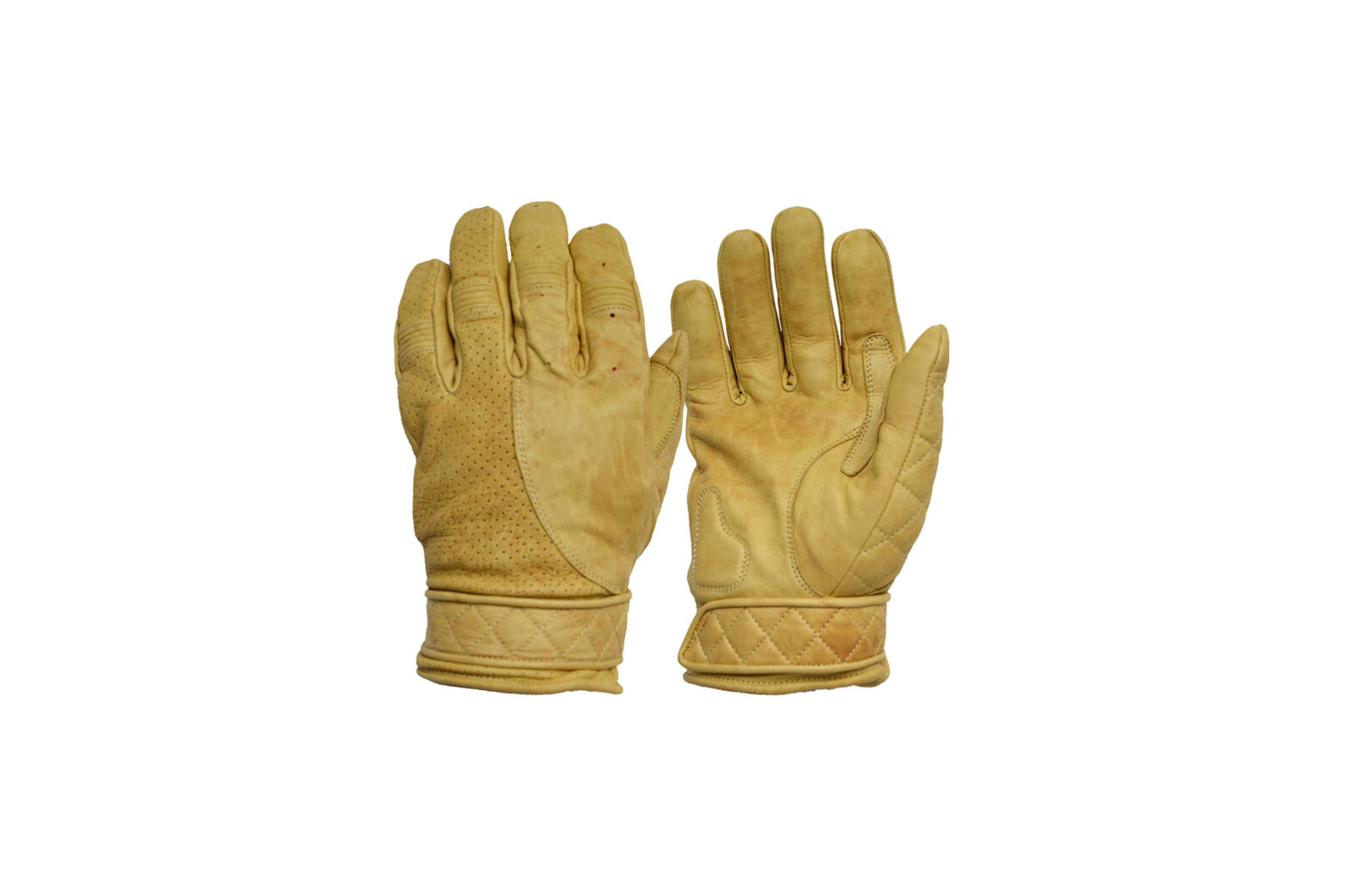 Goldtop is a name many modern motorcyclists aren’t familiar with, but their fathers and grandfathers probably are – the company was founded in 1951 and it provided many of the original cafe racers, mods, and rockers with their protective gear.

As a family owned business, Goldtop prides themselves on making some of the best motorcycle jackets, gloves, and boots money can buy – while keeping prices low enough that regular folk can afford them.

These gloves are designed to be tough, safe, and comfortable. They have traditional cowhide construction with a reinforced palm and finger/thumb area, with 5 strand cotton thread stitching throughout.

Goldtop specifically developed this design to be all-weather wearable, so it has a perforated back and fingers, with a traditional soft red fleece lining, and the option to use either Water Repellent Ducks Wax or Vintage Oil to waterproof them – just as they did back in the 1950s. Both these waterproofing options are available to order when you buy your gloves, and sizing is available from S through to XL. 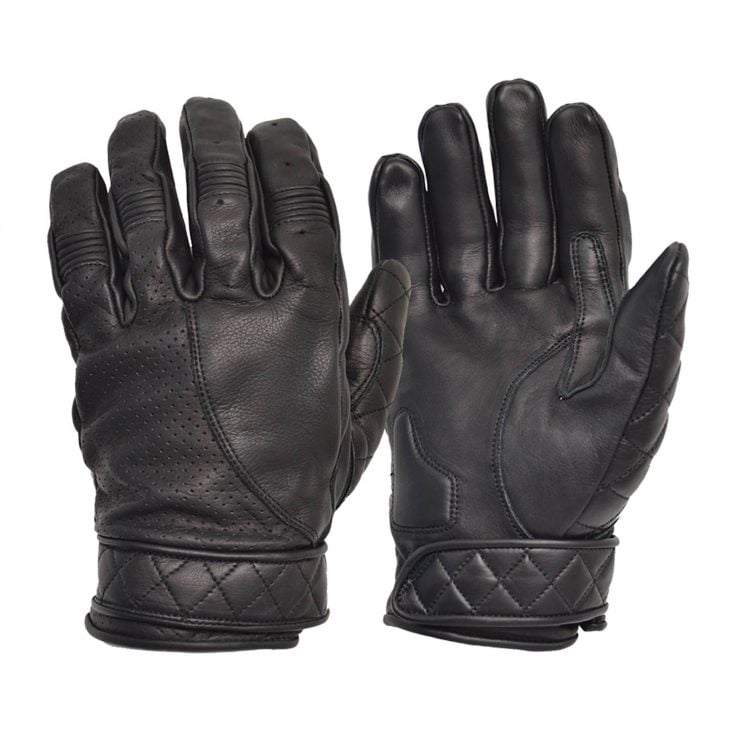 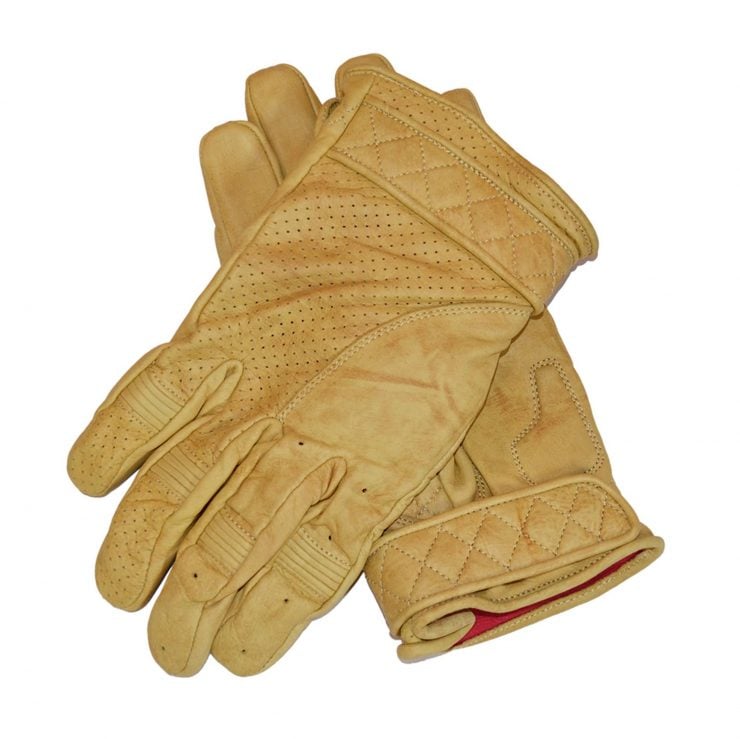 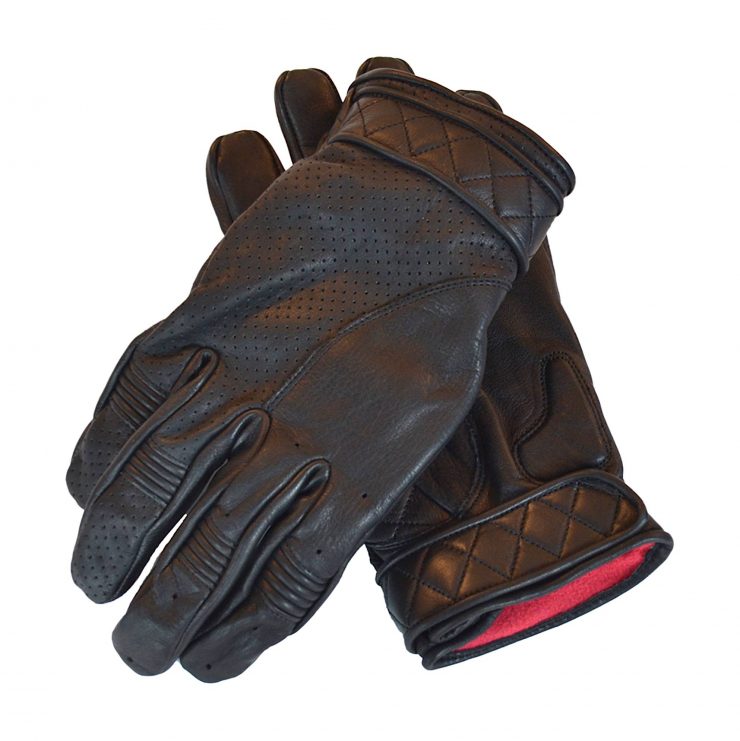 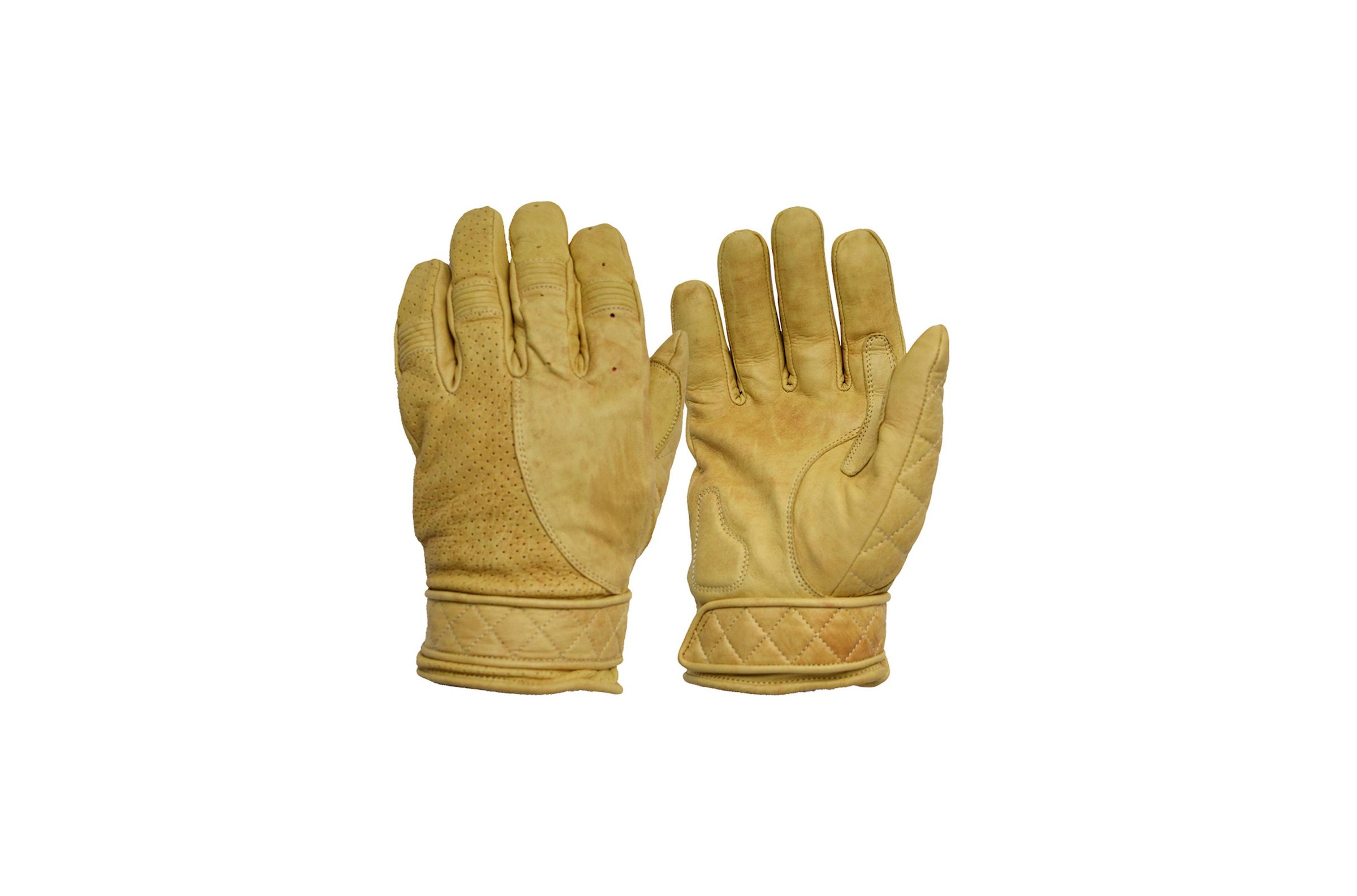