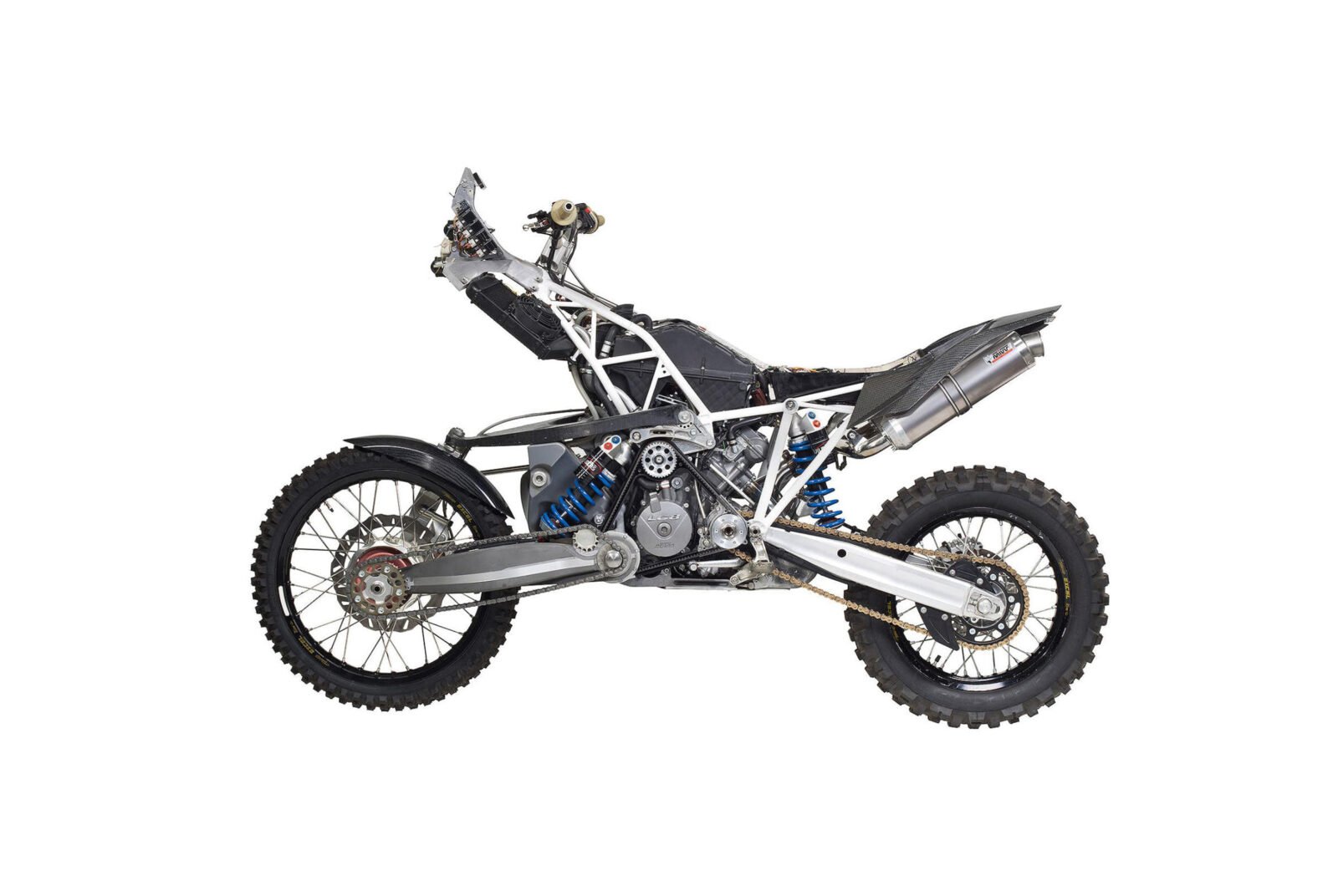 The idea of developing a home-built kit to convert the KTM 990 Adventure into a two-wheel drive motorcycle with hub-centre steering sounds difficult enough – but somehow also managing to reduce the weight by 40 kilograms compared to the stock bike sounds borderline impossible.

Despite the litany of difficulties associated with the concept, mechanical engineer Guido Koch of Projekt DT-A has managed it, and produced a fully-functioning example that he hopes to use to attract investors so he can make a consumer kit for KTM 990 Adventure owners to convert their own bikes.

From the beginning of the project to the end, it took Guido 10 years to realize his dream. The project took so long as it required the development of an entirely new frame, a new hub-centre steering system up front with its own swing arm, a bespoke CV joint, a new steering system, and most importantly – a system to send engine power to the front wheel.

The project began because Guido realized on his own off-road motorcycle adventures that a two-wheel drive system would be exceedingly useful, particularly in muddy terrain when the rear can get bogged relatively easily. He realized that if both wheels were driven, getting stuck would be a far rarer occurrence, and the additional control on loose ground would be a notable advantage. 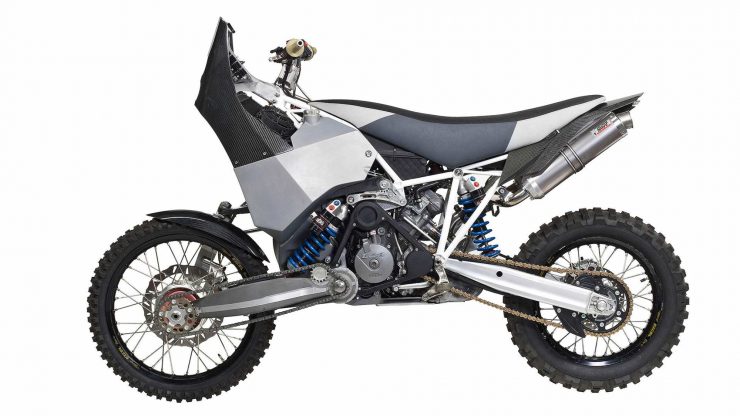 Guido works as a mechanical engineer developing both medical and automotive parts – both fields that require a great deal of precision and reliability. Projekt DT-A started with a KTM 990 Adventure bike, but very little of the original donor bike was left by the time the project was completed.

The original KTM V-twin and rear swing arm were kept – but almost everything else has been replaced with bespoke parts. Step one was a new frame that could accommodate the hub-center steering system, the frame was designed to use the engine as a stressed member, and provide mounting points for both swing arms and their shock absorbers, and to provide a foundation for the three fuel tanks, the seat, and fairing.

Very early on in the project, Guido discovered that there were no suitable CV joints for the front end. Automotive units were going to be far too heavy, and would increase unsprung mass by such a degree that the bike would be almost unridable. 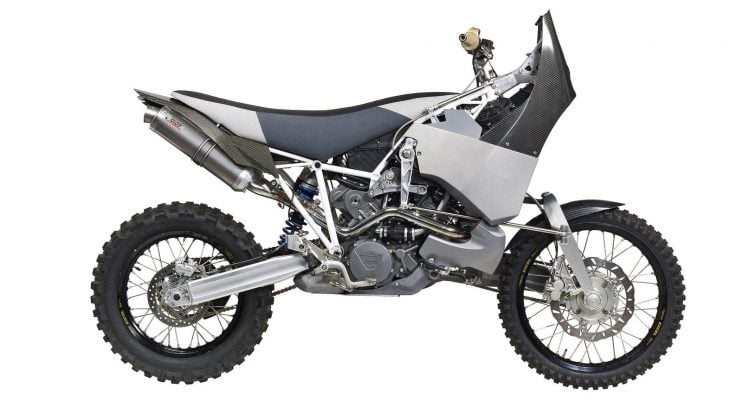 The process of developing the new CV joint was complex, it needed to have a 35º steering angle, and it needed to withstand the rapid suspension movement often experienced by adventure motorcycles when being driven at speed on uneven terrain. The completed unit manages both of these requirements, and it keeps the total unsprung mass of the front wheel at 12.2 kilograms.

The two-wheel drive system is designed to kick in when the rear wheel experiences 5% or more slip, and the front wheel drive can be disengaged at any time by using a lever mounted to the handlebars.

The completed bike weighs in at just 170 kilograms (375 lbs), with a seat height of 1000mm, 280 mm of suspension travel front and rear, with four pot disc brakes at both ends.

Guido first showed the Projekt DT-A KTM 990 Adventure at the IMOT show in February 2018 where it received an overwhelmingly warm reaction. He’s currently seeking investors to come onboard to fund the next step of the project – kits and complete motorcycles based on KTM 990 mechanicals that can be bought by both individual riders and racing teams. 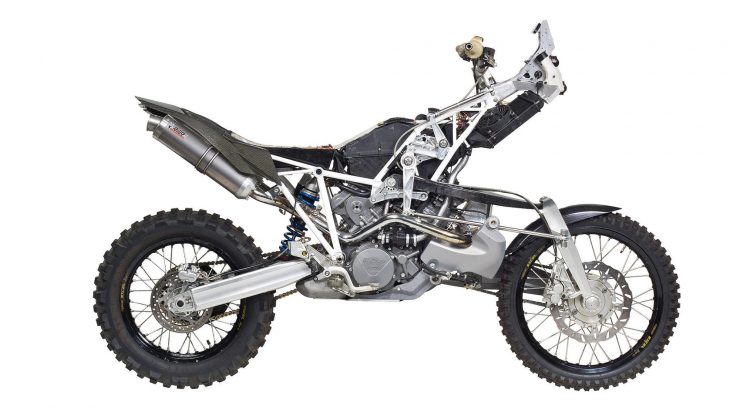 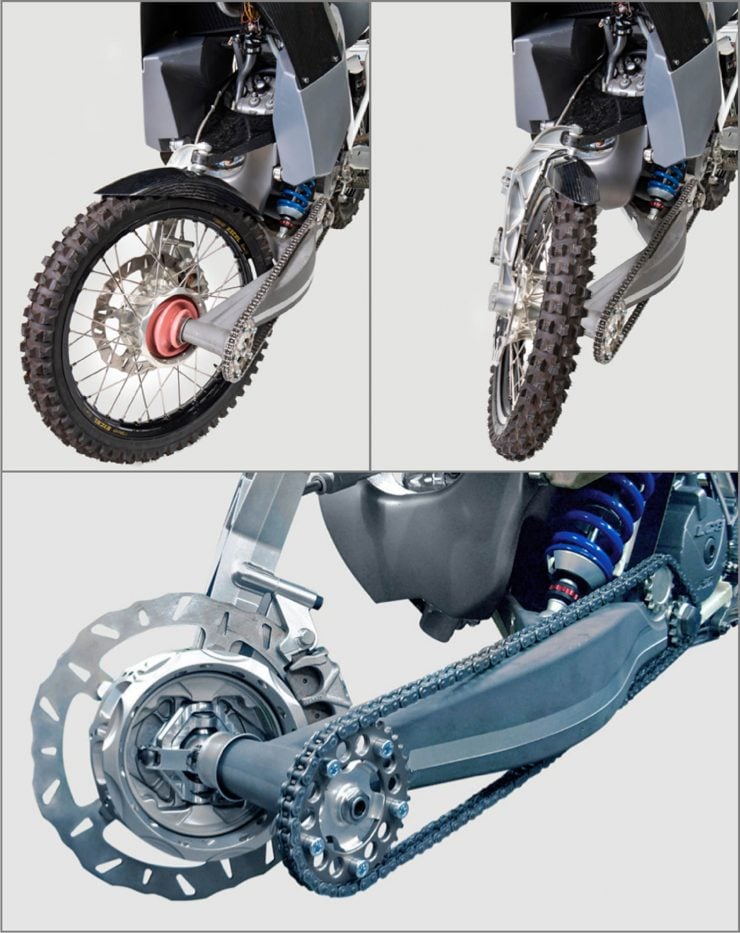 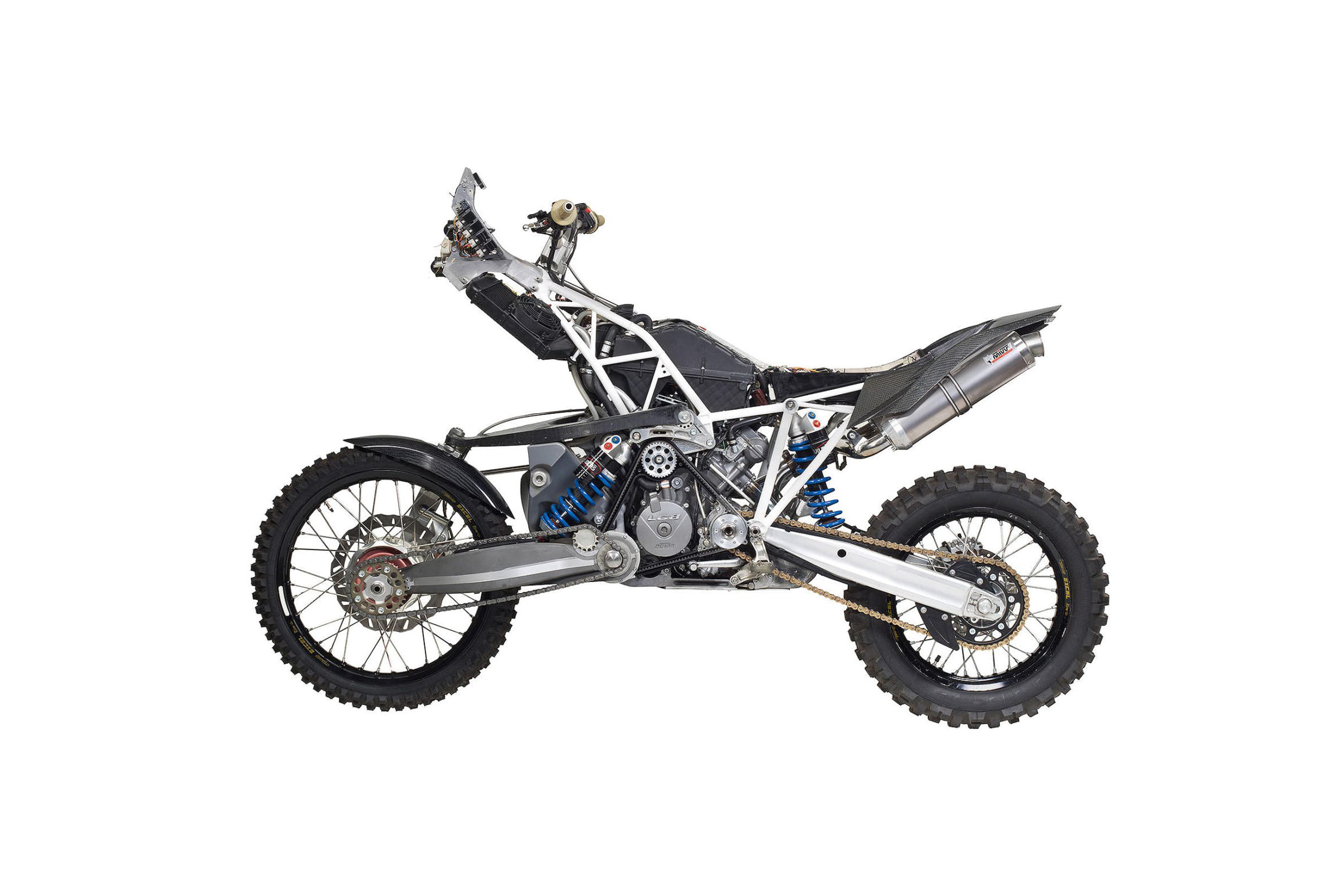