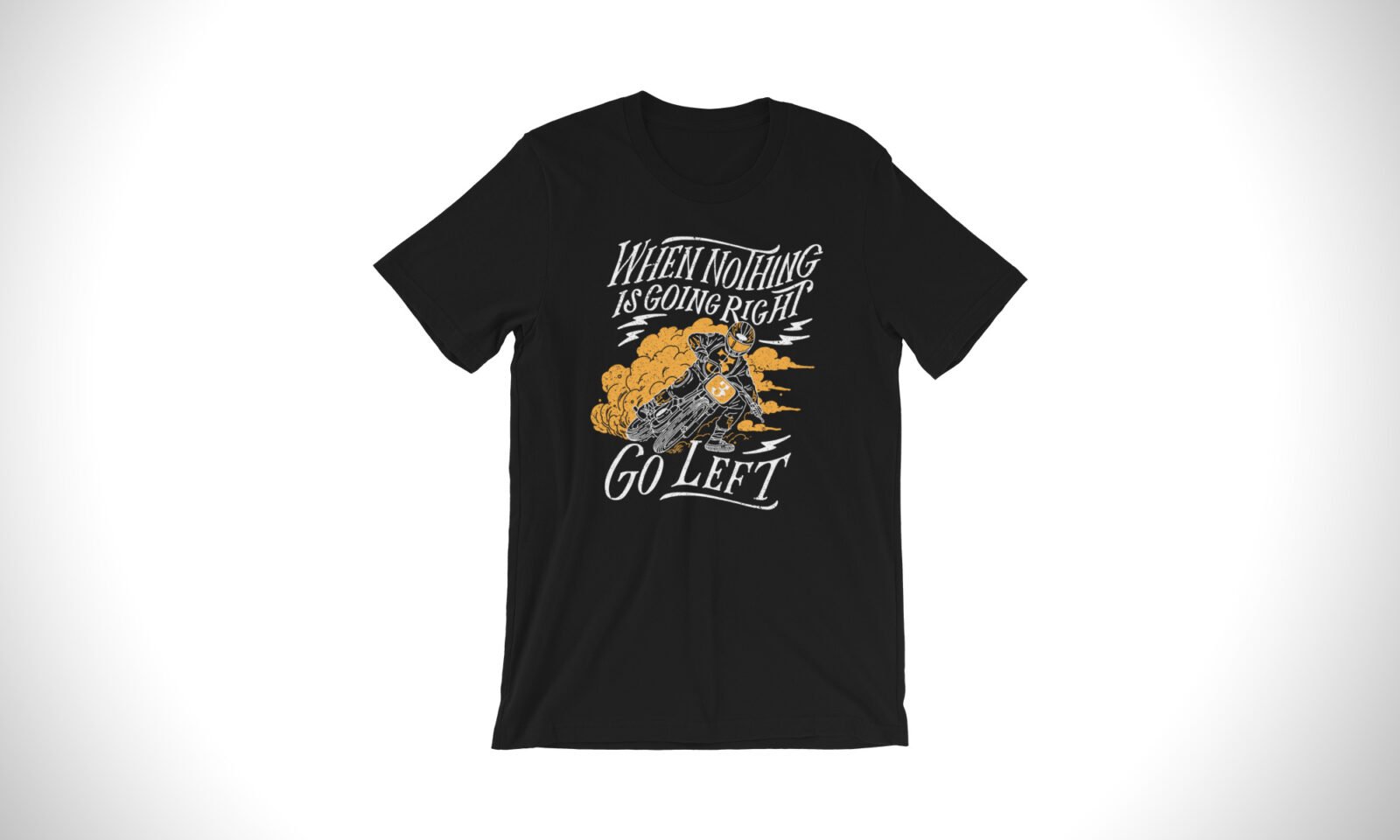 This is the new Go Left Tee from the team at 100MPH, an Australian motorcycle apparel company that’s been in business since 2012 turning out clothing inspired by the golden age of motorcycling.

The front of this t-shirt is emblazoned with the age-old flat track adage “When Nothing Is Going Right. Go Left!”, good advice if you’re racing on an oval track. Each of these tees has a two color chest print and they’re made from 100% combed and ring-spun cotton with a fabric weight of 142 g/m².

The tees also feature shoulder-to-shoulder taping and they’re side-seamed. Sizing ranges from S to 3XL and you can choose between black (shown) and red colorways.

Modern flat track racing has been one of the most hotly contested forms of two wheeled motorsport in the United States for decades. It was the direct descendant of board track racing, a very early form of motorsport that took place on huge banked motordromes made from wooden planks, sometimes measuring up to a half mile in circumference.

100MPH offer this design as both a t-shirt and as a hoodie, you can hit the red button below to see the tee, and you can click here to see the hoodie. 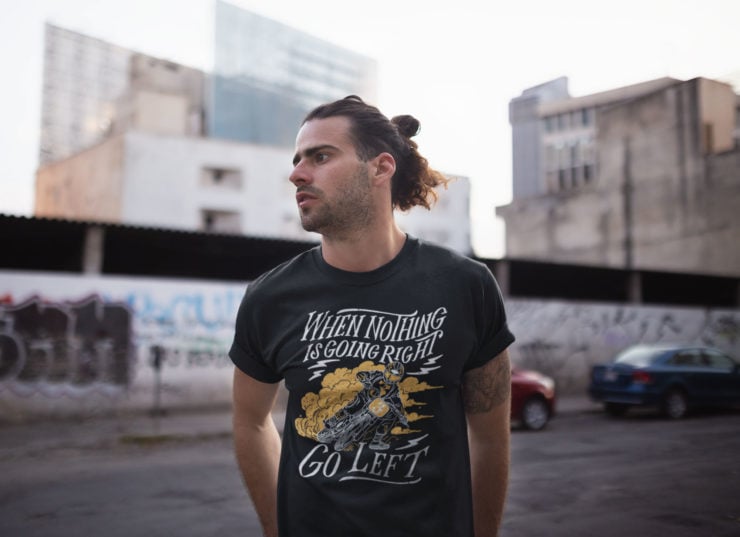 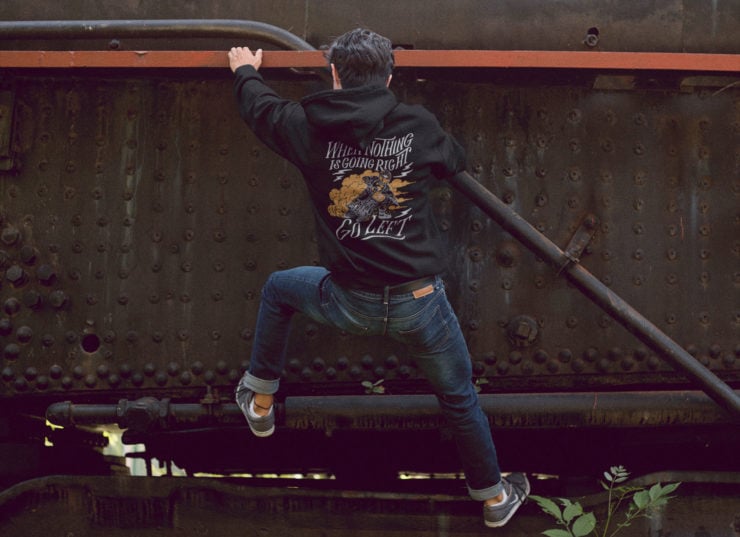 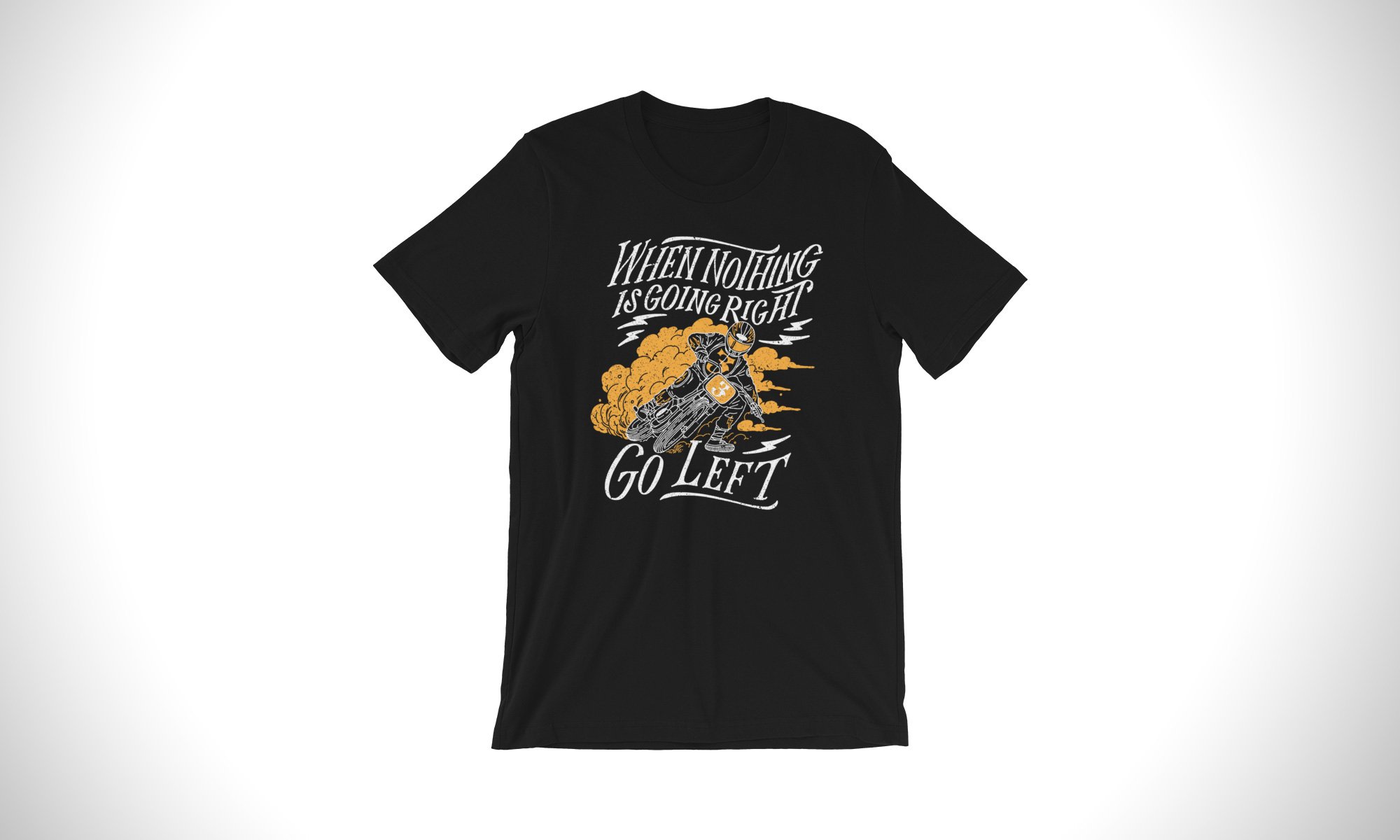