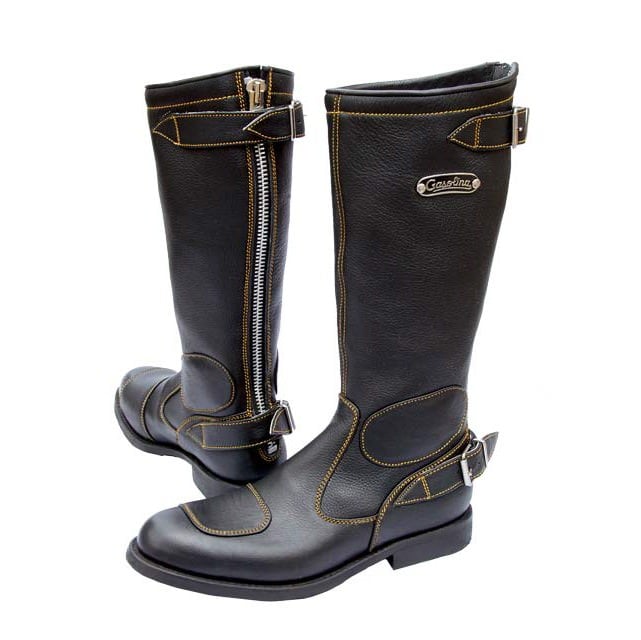 This is the “Classic” by Gasolina Boots, each of them is made by hand from 1.2mm and 1.4mm top grain leather with a stitched-in lining made from super soft glove leather. The soles are 100% rubber and the upper foot section has an additional leather guard for clicking up through the gears on your Triton.

The Detroit Electric was a 100% electric car produced by the Anderson Electric Car Company in Detroit from 1907 to 1939. At the…