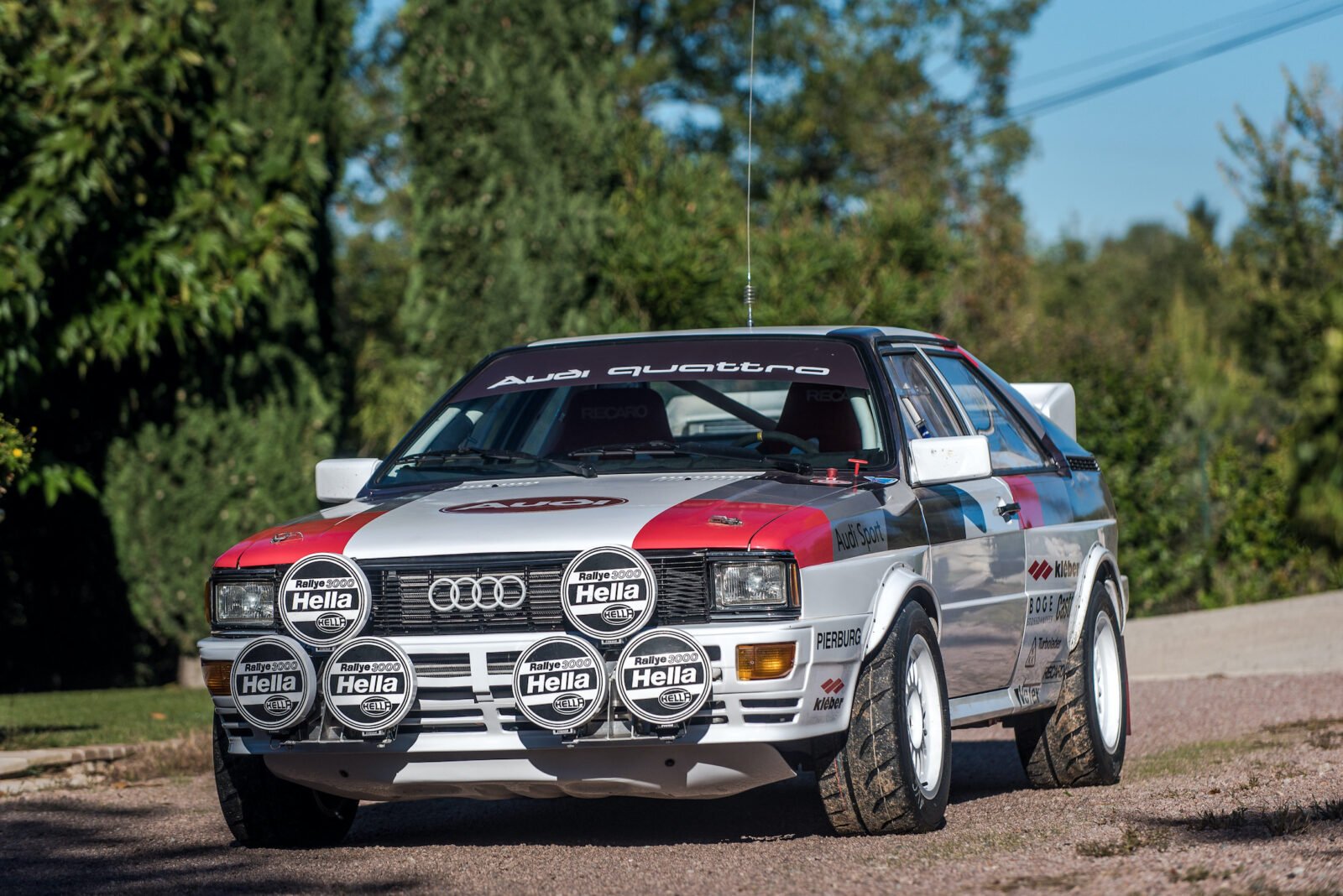 On the 3rd of March 1980 when Audi first showed their new Quattro to the world it was seen as an unusual and intriguing new car, but no one could possibly have guessed how much of an impact it would have on the world of rally competition.

Fédération Internationale du Sport Automobile (FISA) legalized all-wheel-drive in 1979, most manufacturers thought it was too complex to be a success and would increase the weight of cars too much to be of value. Audi had already been experimenting with all-wheel drive cars since 1977 thanks to Audi chassis engineer Jörg Bensinger who had realised that the four-wheel drive Volkswagen Iltis had excellent traction on loose terrain, and that this feature may be useful to road cars.

Working with Walter Treser, the Director of Pre-Development, an all-wheel drive Audi 80 was developed and tested extensively. Audi executives were impressed enough to put it into production, and the timing of the rule change couldn’t have been better. 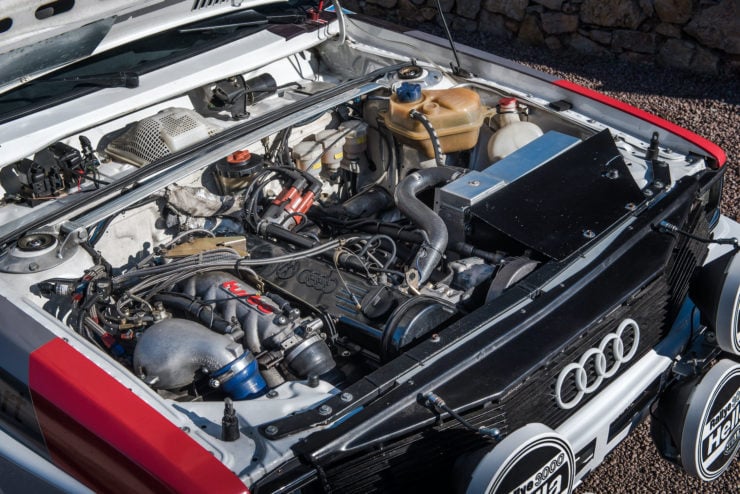 Prior to the 1980s the World Rally Championship had been dominated by small, rear-wheel drive cars like the Alpine-Renault A110, the Lancia Stratos HF, the Ford Escort RS1800, and the Fiat 131 Abarth.

The Audi Quattro made its race debut in 1980, they treated the year as a development season to build up experience with the new all-wheel drive system. In 1981 driver Michèle Mouton became the first female driver to win a WRC rally, driving an Audi Quattro. 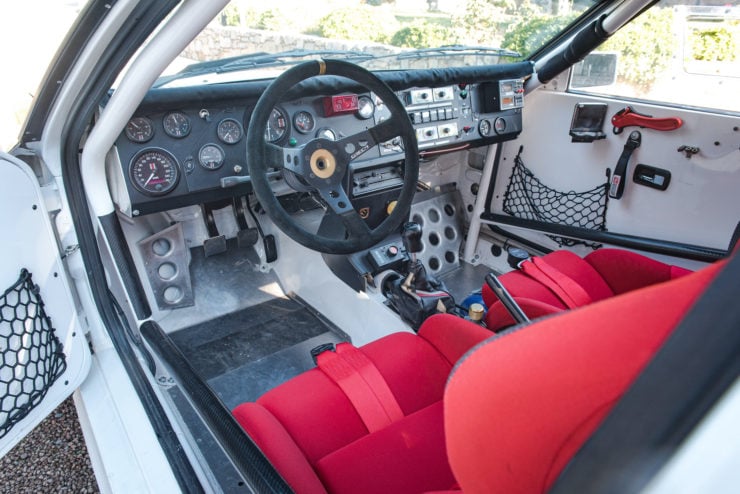 Today these original Quattros are highly respected and much sought after, Audi has named all of their all-wheel drive vehicles since with a lowercase “q” – quattro, as a mark of respect.

The Audi quattro Group 4 you see here was built specifically to compete in vintage motorsport competition, it started out as a 1981 quattro B2 however it’s now been completely rebuilt into a fire-breathing, all-wheel drive rally car with an FIA HTP valid through to 2026. 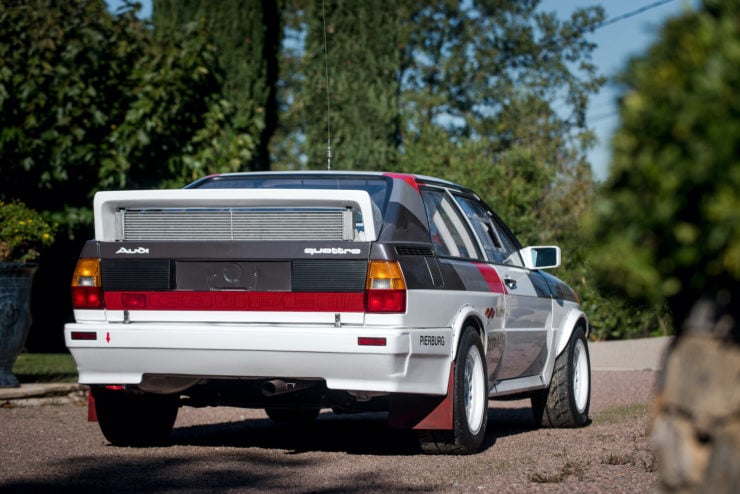 The car has been thoroughly overhauled and prepared for racing with a custom-fabricated multi-point roll cage, Recaro racing seats fitted with Sparco six-point harnesses, a fire-suppression system, and a custom, stripped interior with extensive instrumentation including the obligatory trip master and digital stopwatches necessary for timed rallying.

It’s now for sale as a turnkey vintage racing package including a slew of spare parts, if you’d like to read more or register to bid you can click here to visit the listing on RM Sotheby’s. 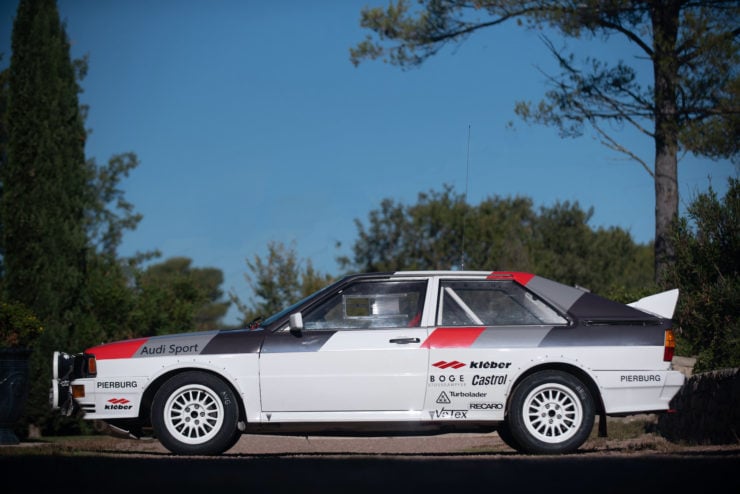 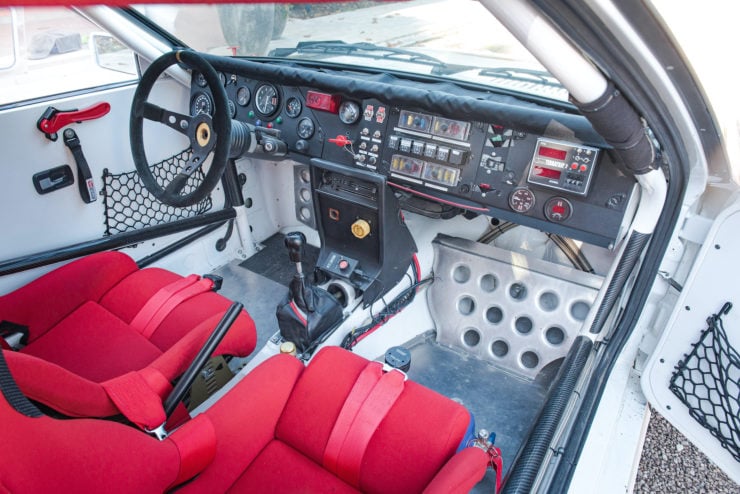 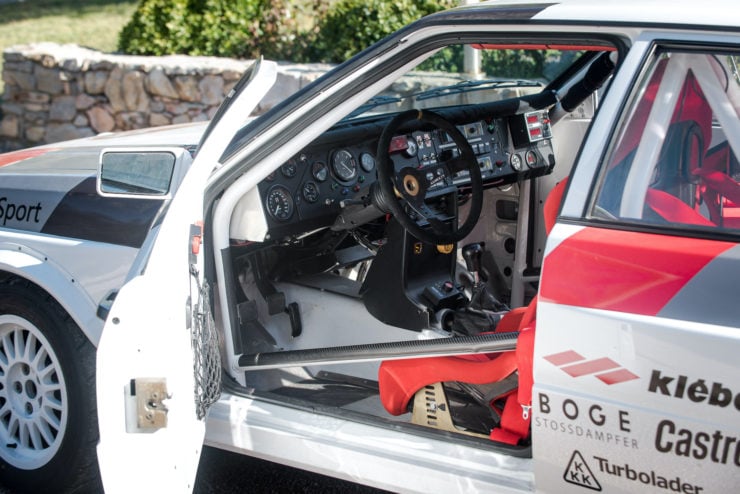 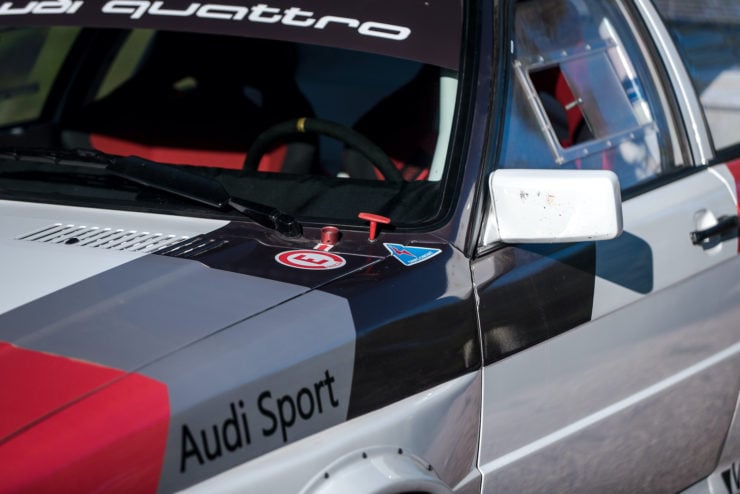 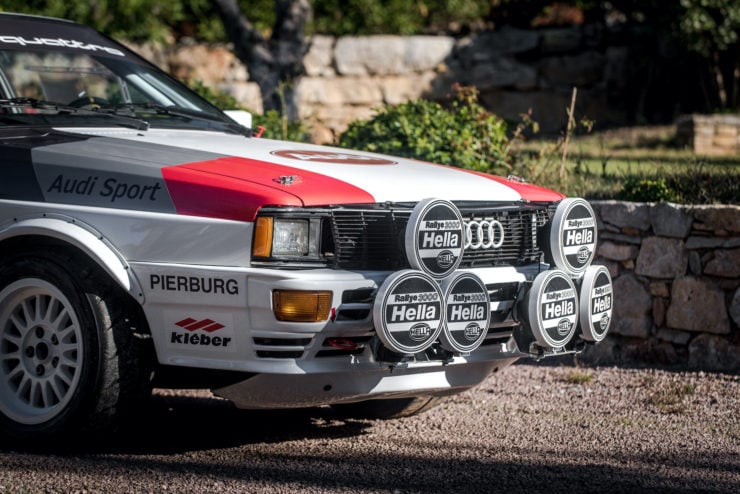 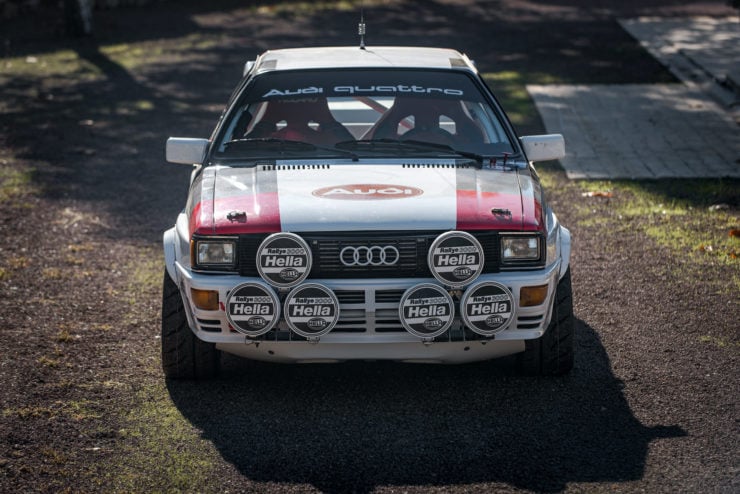 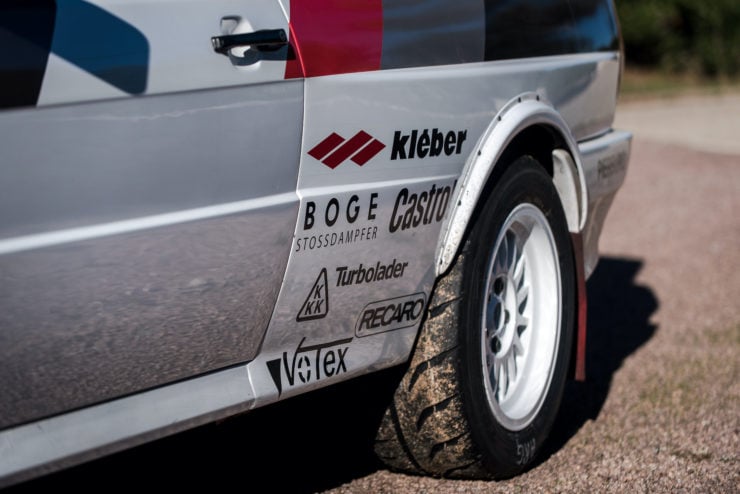 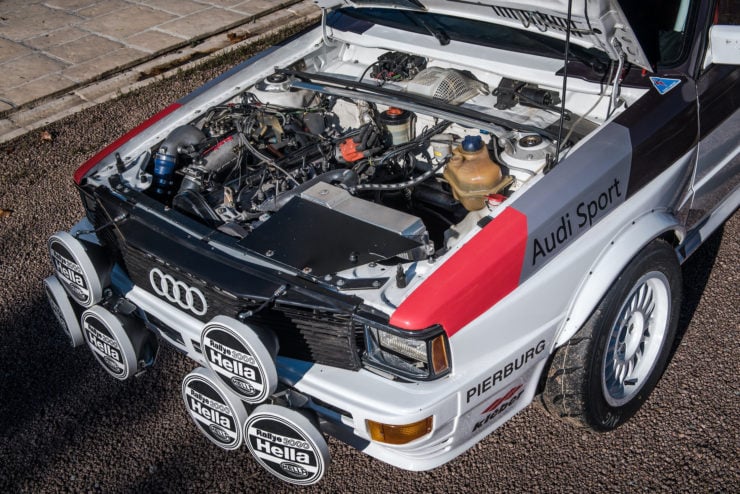 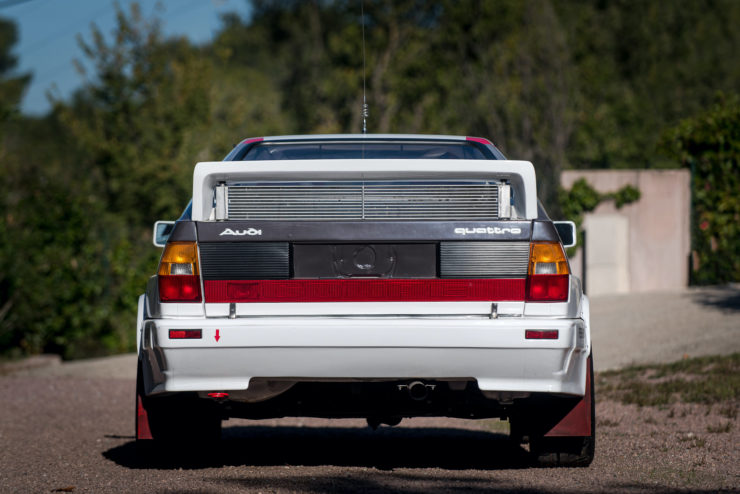