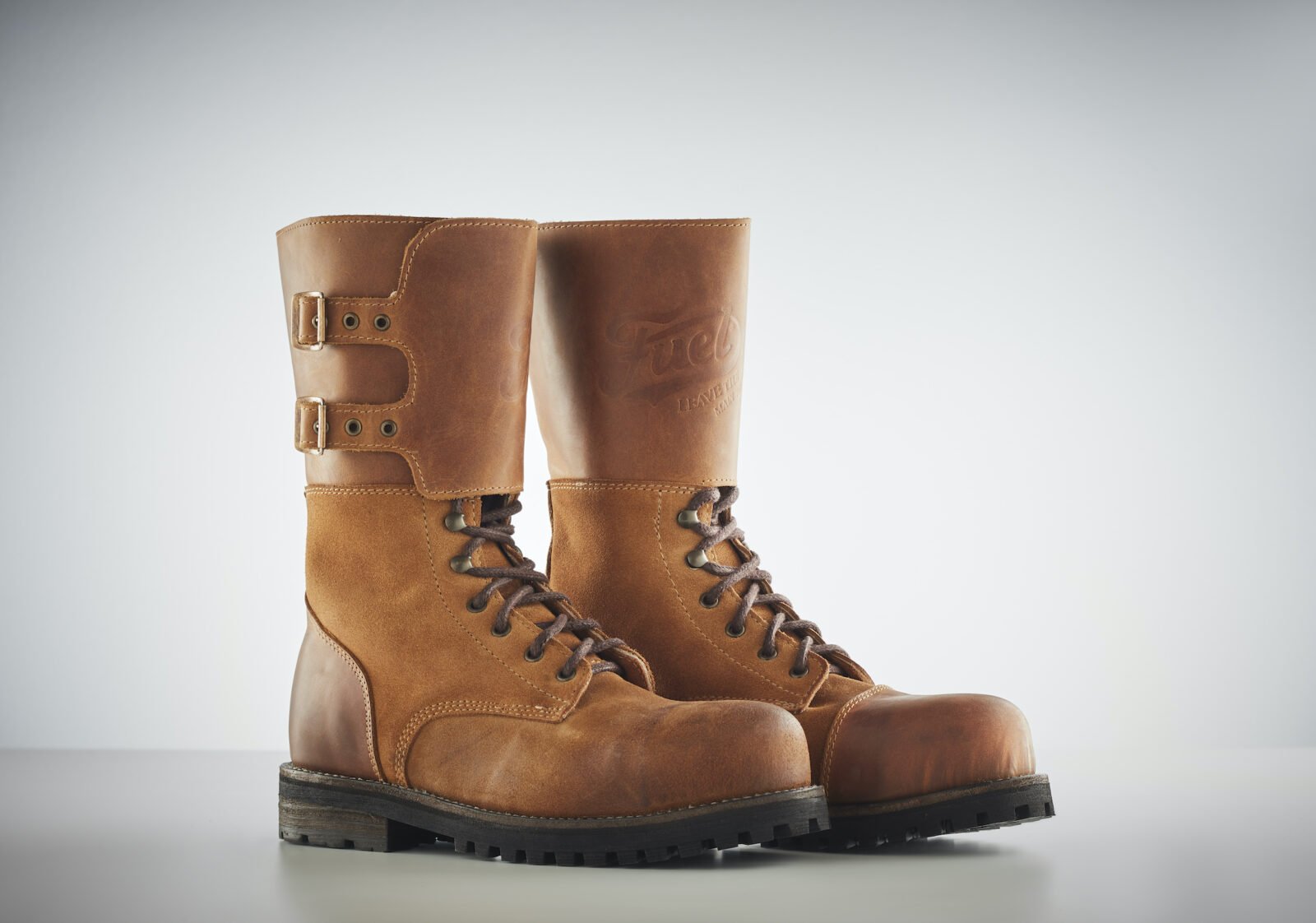 These are the new Fuel Paratroops, they’ve been in development for two years as a modern motorcycle boot with strong design influence from the iconic US M43 combat boots from World War II, with their distinctive buckled shin cover.

The team at Fuel Motorcycles are all avid motorcyclists themselves and as a result they work hard to ensure that their gear has true usability and wearability – both are critically important for gear you may use everyday. Each pair of Paratroops have an upper made from multiple sections of high quality leather and a wear-resistant, anti-slip rubber sole for longevity. 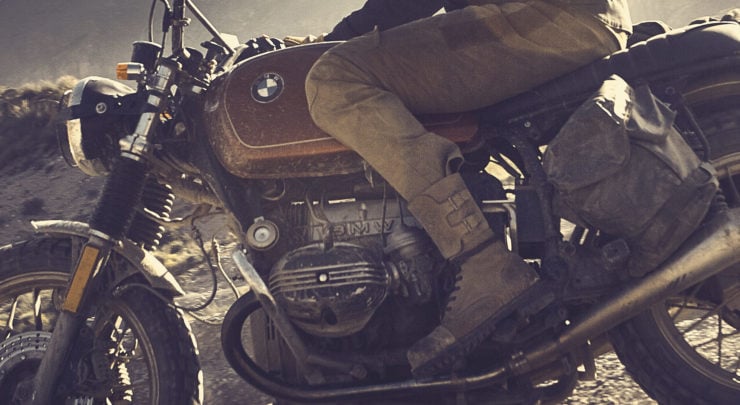 The left boot has an additional leather flap over the toe cap area to protect it from being worn through on the gear shifter, and both the right and left side have ankle, heel, and toe cap polyurethane protection. The buckles used are all heavy duty and the boots feature a traditional lower lace up closure that extends up underneath the protective leather shin cover.

The leather used is a high quality vegetable tanned full grain calf leather, inside the boots you’ll find soft bovine leather for comfort paired with a comfortable latex insole for all-day wearability. Sizing ranges from 40 to 47 and there’s a handy size guide on the website to ensure you get the right fit first time. 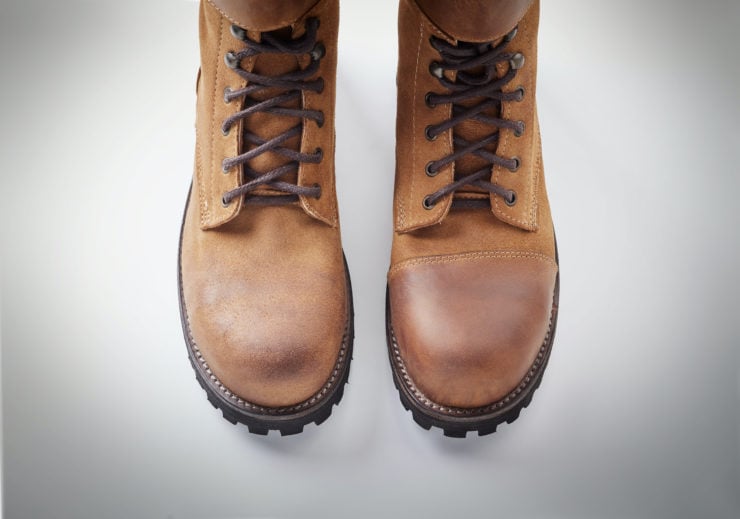 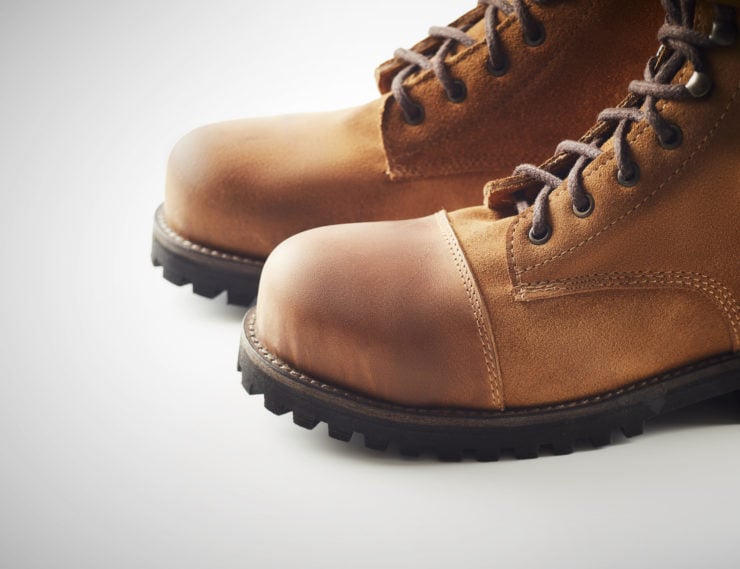 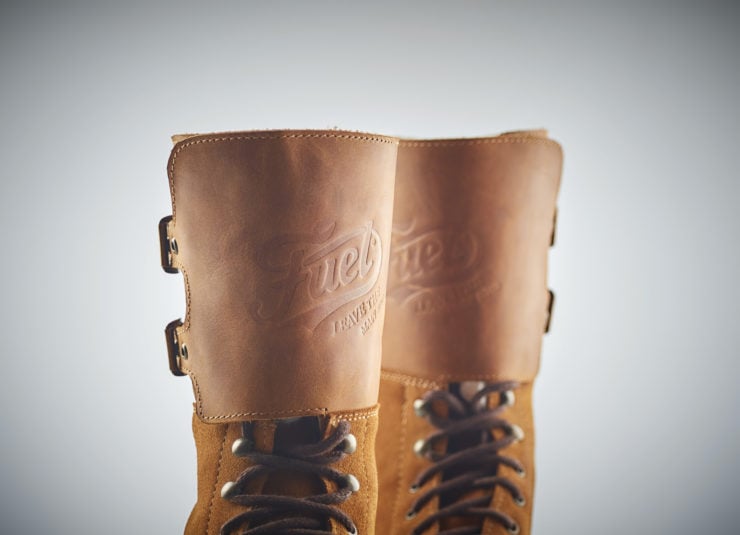 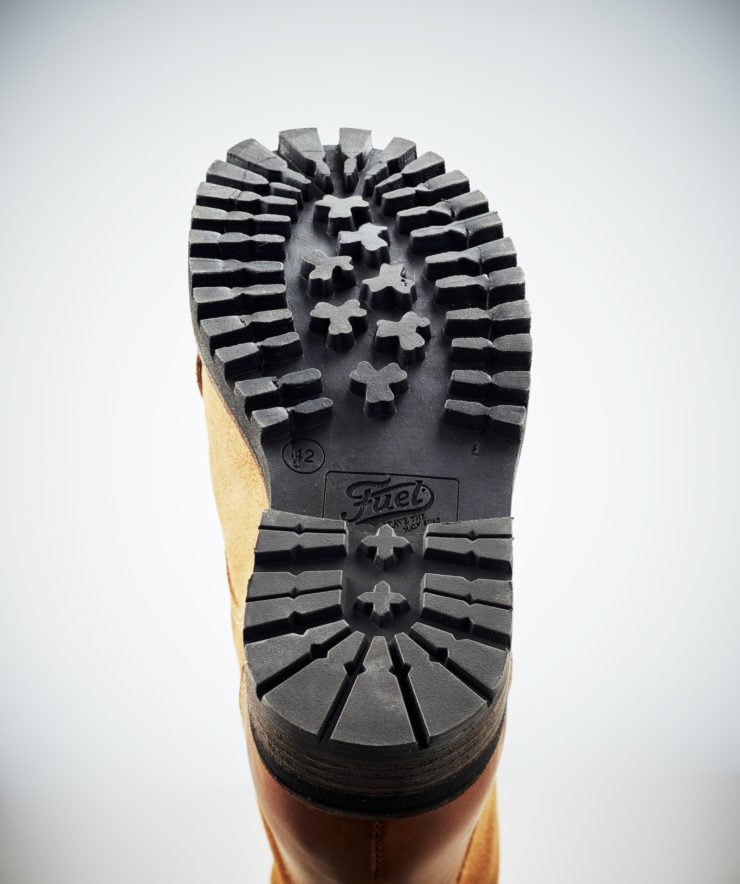 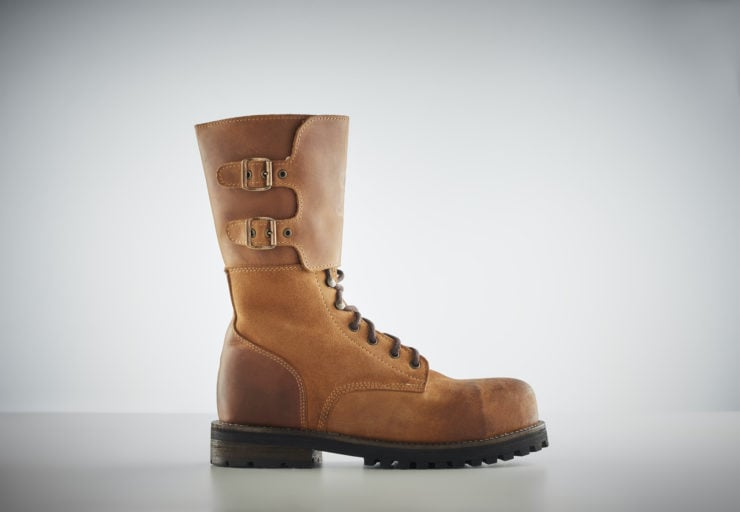 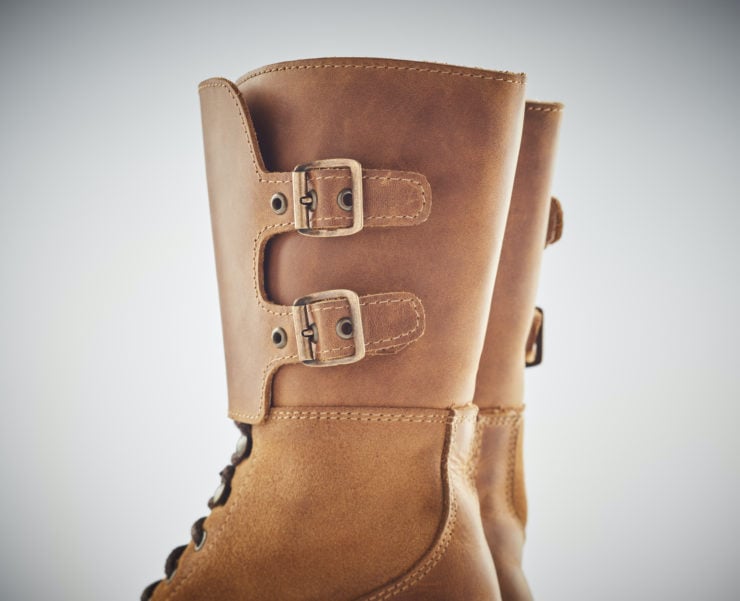 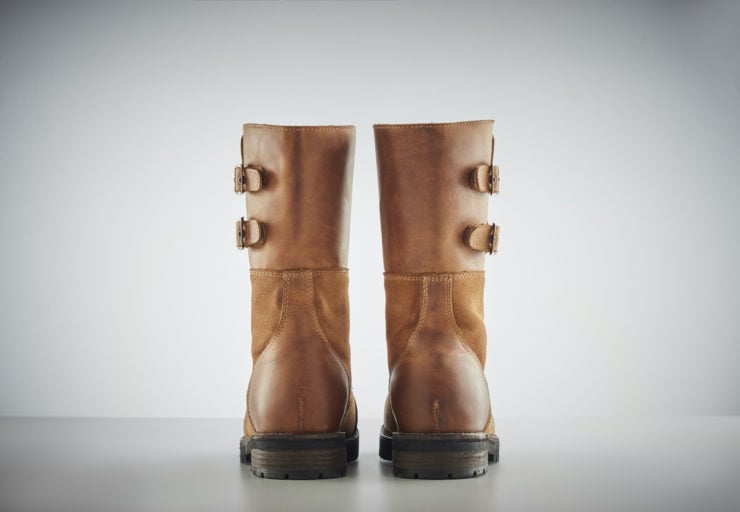 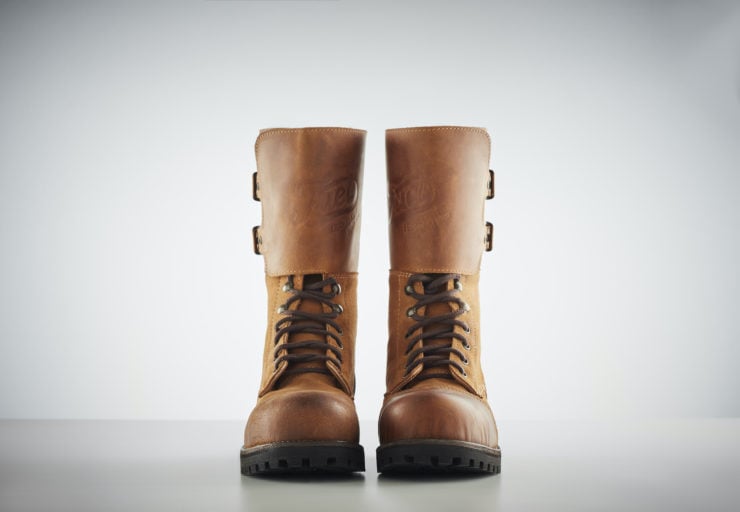