The Ford Mustang is one of the most famous cars in the world, it sits alongside other luminaries like the Beetle, Mini, 911, Jeep, and Land Rover as vehicle design that almost everyone in the developed world is familiar with.

Interestingly, the famous styling of the car we know today as the Mustang wasn’t the first Ford design to carry that name. A couple of years earlier a team of designers had created a fully functional research car called the “Ford Mustang I” that carried the same name, logo, badging as the later production car.

The Ford Mustang I was a mid-engined sports car with a rear-mid mounted V4 engine, a 4-speed transmission, a tubular steel chassis, and a custom body with seating for two and state-of-the-art styling. The engine was sourced from Ford in Europe where it had been developed to power the Ford Taunus.

This 60º V4 engine was modified for use in the Mustang I however it kept its stock swept capacity of 1.5 liters (92 cubic inches), and thanks to the light weight and excellent aerodynamics of the car it was able to push the Mustang I to speeds of over 120 mph.

The Mustang I was a small, lightweight car with excellent aerodynamics, as a result its 1.5 liter V4 engine could push it to over 120 mph.

The car was fitted with magnesium wheels for weight savings, and the battery, spare wheel, and fuel tank were all mounted up front for better weight distribution. The car also used flip up head lights for optimal aerodynamics over the nose, and it had side intakes for cooling airflow.

These same side intakes would make it onto the later production Ford Mustang, however they weren’t functional.

One of the most unusual features of the Mustang I was the rear license plate, which could be flipped down for normal driving or flipped up and hidden for better aerodynamics when racing (on a closed circuit only of course, ahem).

Although this version of the Ford Mustang never went into production it did have one other descendant – the Ford GT40. Roy Lunn, who is featured in this film, would be sent to England in the mid-1960s to work with a small team developing the GT40 based on the design of the Lola Mk6 with Lola founder Eric Broadley.

When you look at the side profile of the Ford GT40 and the Mustang I it’s hard not to see some similarities, so in a way the research car did get to go racing in the end. 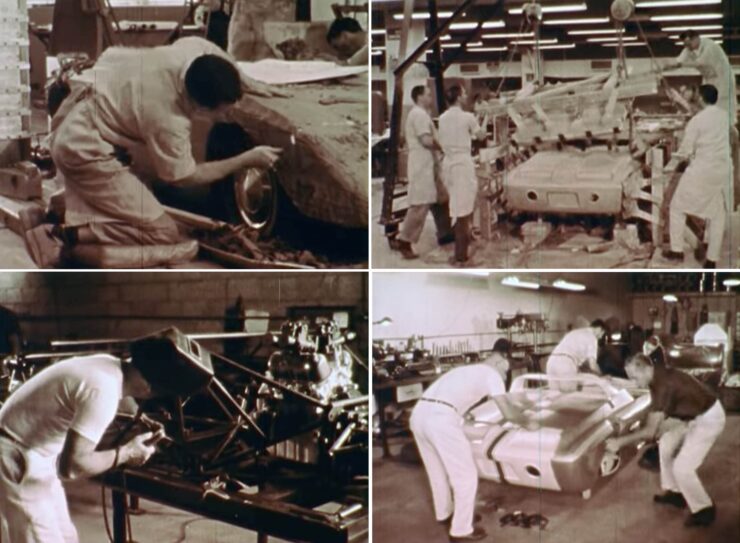 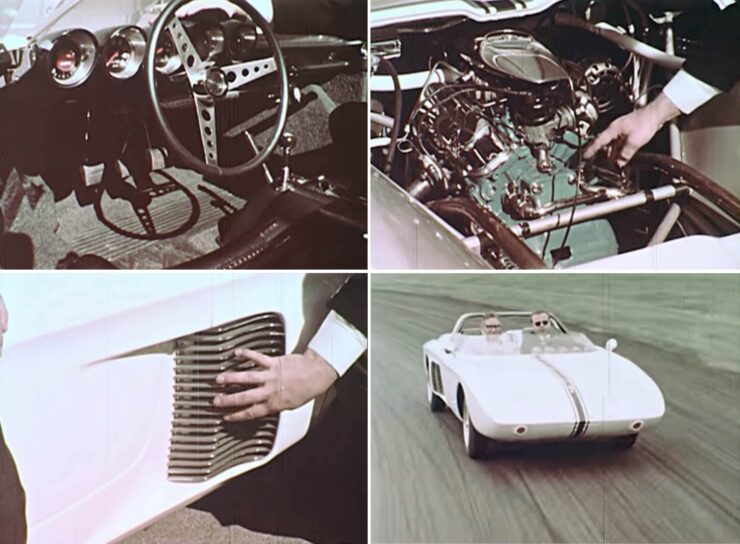