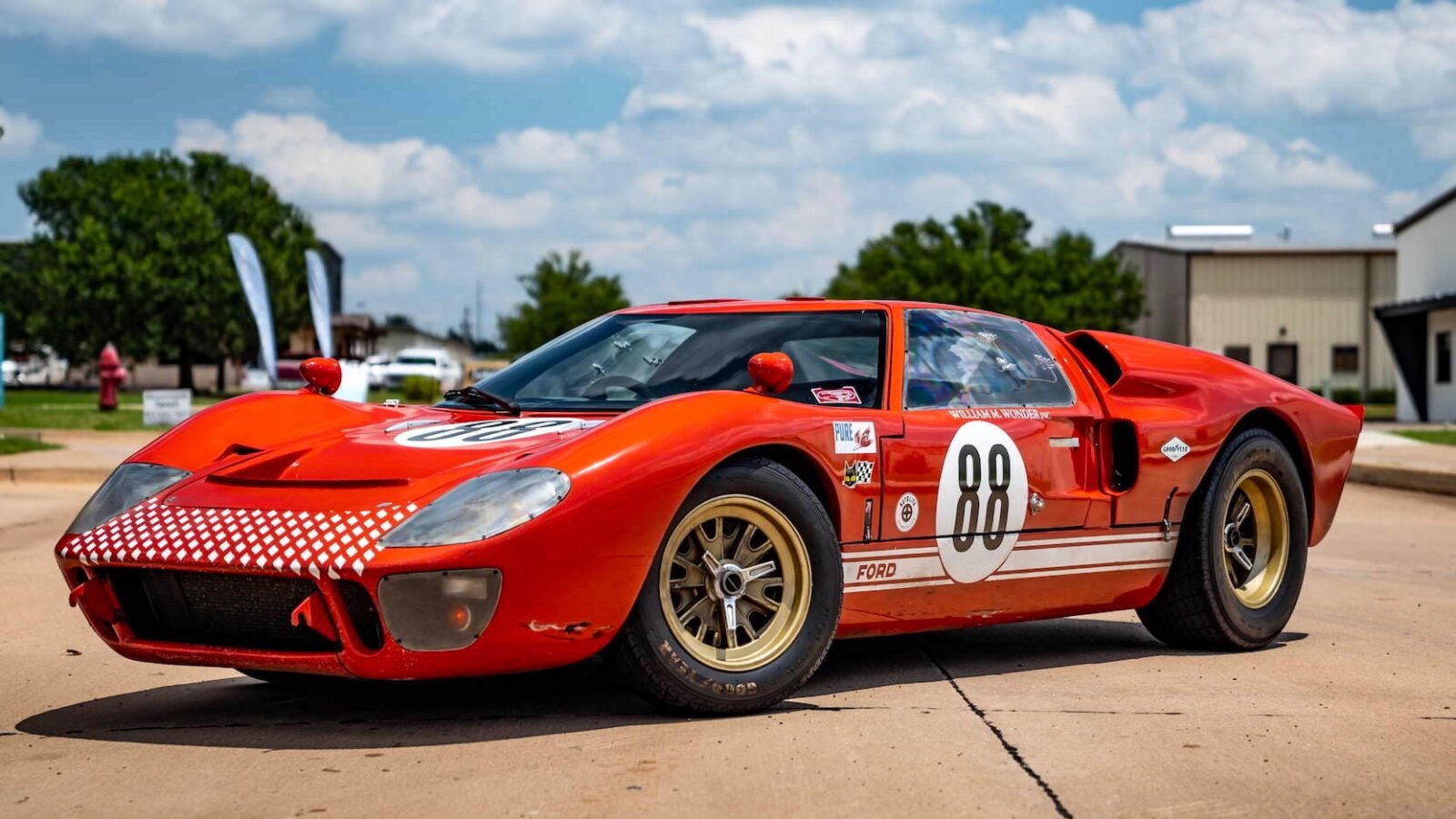 This is one of six GT40s built by RCR for the Oscar winning film Ford v Ferrari starring Christian Bale and Matt Damon. The car was built to 1966 Ford GT40 specifications for the movie with very close attention to detail.

Interestingly this is the only one of the six stunt cars that has a VIN and a title, meaning it can be road registered. The car is powered by a 5.7 liter V8, power is sent to the rear wheels via a 6-speed manual transmission and it was stickered No. 88 William Wonder for the 24 hours of Daytona scene in the film.

Ford v Ferrari would go on to be a major success for 20th Century Fox, earning almost a quarter of a billion dollars at the box office and receiving four Academy Award nominations – eventually winning two Oscars for Best Film Editing and Best Sound Editing.

The story behind the Ford v Ferrari film will already be a familiar to many classic car buffs, but to cut a long story short, Ford was in negotiations to buy Ferrari in 1963 as the Italian company was struggling. Enzo Ferrari used the impending Ford acquisition to negotiate a better deal with his Italian compatriots over at Fiat – a deal that allowed him to keep both ownership and control of Ferrari.

When Ford executives, including Henry Ford II and Lee Iacocca, realized they’d been used they formulated a plan to beat Ferrari where it would hurt most – at the world famous 24 Hours of Le Mans endurance race. Ferrari had won every 24 Hours of Le Mans race from 1960 to 1965, so beating them there would make headlines around the world. 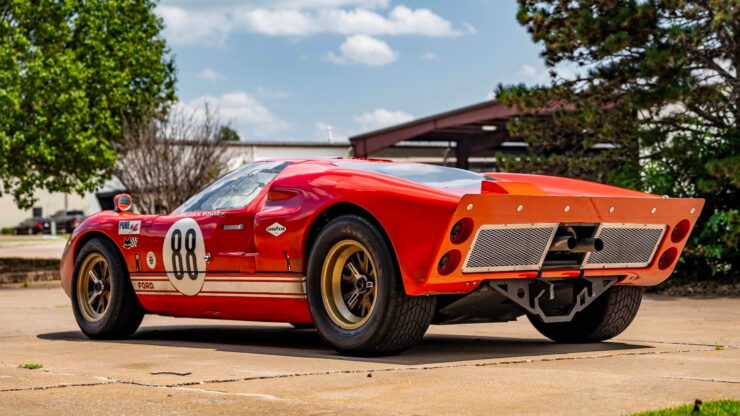 The car was fully equipped for racing and used on screen at multiple points during the film.

How To Beat Enzo Ferrari

It would take a special car to beat Ferrari around the Circuit de la Sarthe in western France, the storied home of Le Mans. By the mid-1960s it seemed clear that for a car to be competitive it would need to be rear-mid engined, it would need excellent aerodynamics, and it would have to be capable of running flat out for 24 hours straight.

Ford didn’t have a car like this on hand, but an Englishman named Eric Broadley did. Broadley was the founder of Lola Cars based in England, and he had developed a car alongside John Frayling that just happened to be an aerodynamic, rear-mid engined endurance racer with excellent aerodynamics – it was called the Lola Mk6. Funnily enough it was already powered by a Ford V8.

The project to build the Ford GT40 was rapidly put into action, Eric Broadley agreed to work with the Americans on the project and he sold them two examples of the Lola Mk6. Former Aston Martin team manager John Wyer was brought onboard for the project, Wyer had guided the Aston Martin team to a Le Mans victory in 1959.

The final key addition to the project would be American engineer Roy Lunn who was sent over from Ford in the USA. Lunn had previously designed the rear-mid engined Mustang I concept car, and he was the only Ford engineer with experience working with this engine configuration.

The three men and their team rapidly developed the Ford GT40 chassis and body design, unveiling it only a year or so later in England followed by an exhibition in New York. Due in large part to the rapid development timeframe the 1964 year wasn’t successful for the GT40, there were many mechanical failures and other issues that eventually led to John Wyer being removed from the project (fairly or unfairly), and Carroll Shelby taking over.

Above Film: This is the official theatrical trailer for Ford v Ferrari.

Ford would get their Le Mans victories over Ferrari in 1966 and 1967, after this John Wyer would return and take over the Ford GT40 production facilities and the team would go on to win Le Mans twice more, in 1968 and 1969 – a final vindication for Wyer.

Given the subject matter, it was clear that Ford v Ferrari was going to require a number of GT40s for filming. It was also clear that the historic and monetary value of the original cars was going to be far too high for them to be used.

Fortunately there are a number of companies that build near-indentical replicas of the Ford GT40, including RCR (Race Car Replicas) of Fraser, Michigan. It would be RCR that were chosen to build many of the stunt cars for the film, they produced six in total and as mentioned above, the car you see here is said to be the only one with a VIN and a title.

This GT40 was named the Dan Gurney car as it was the No. 3 car used in the Le Mans race scene, it was also used for the 24 Hours of Daytona scene with a new No. 88 livery. Anyone who’s seen the film will have seen this car on screen being driven in anger.

The car is now due to roll across the auction block in early September with Mecum, there’s no price guide at the time of writing, and you can click here to visit the listing if you’d like to read more or register to bid. 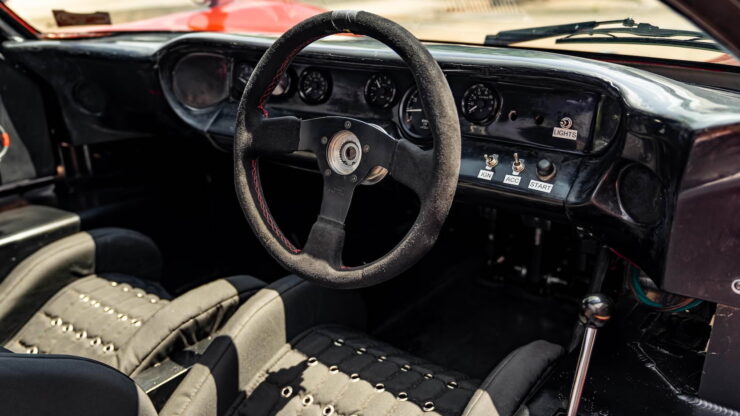 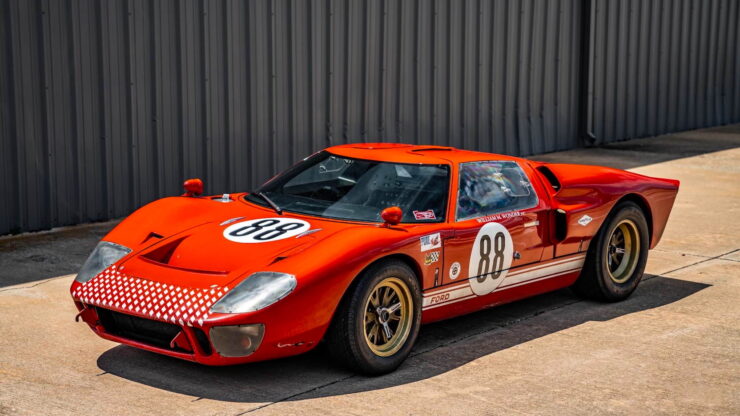 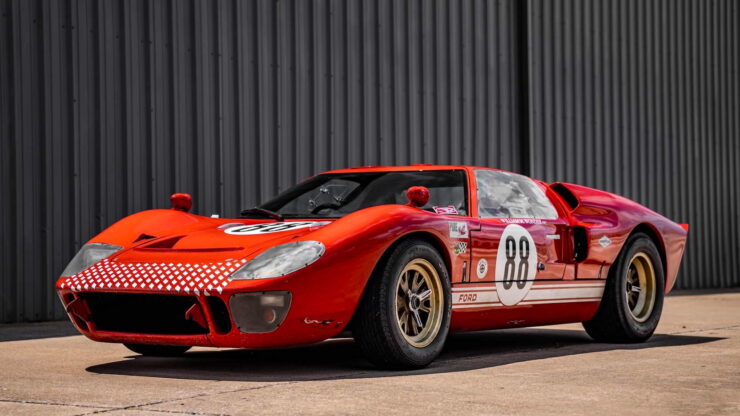 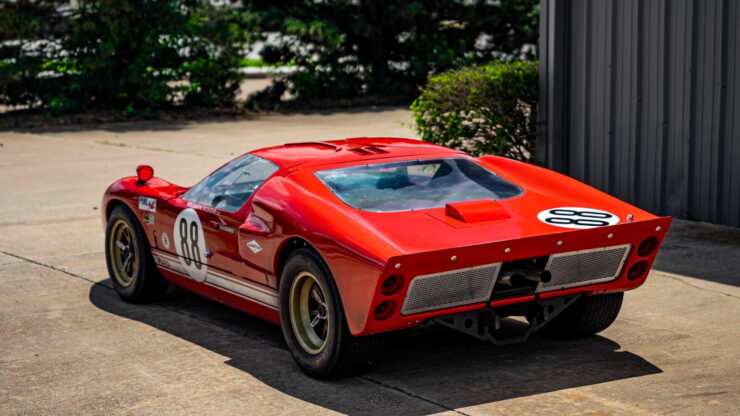 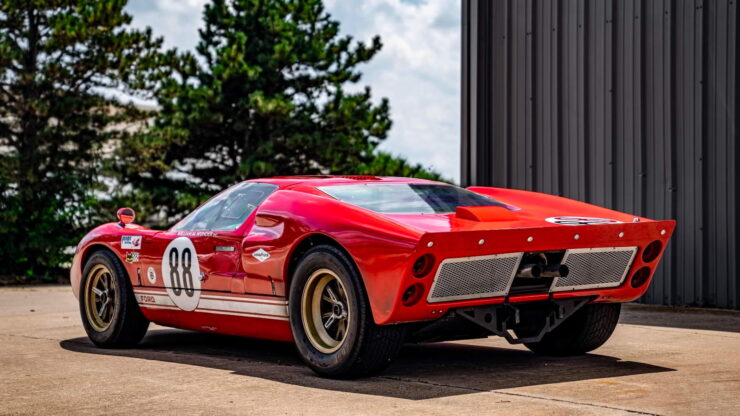 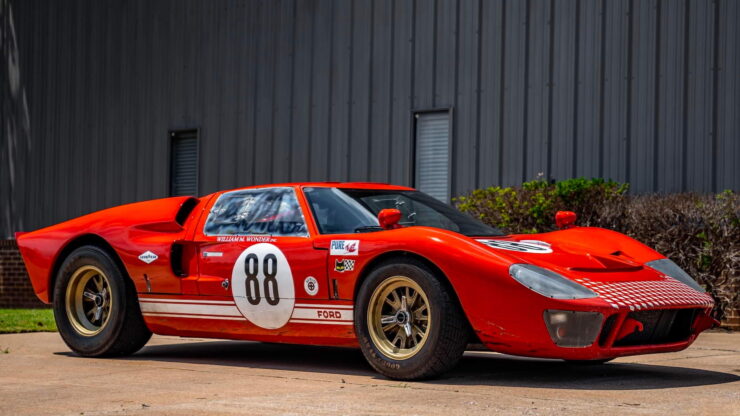 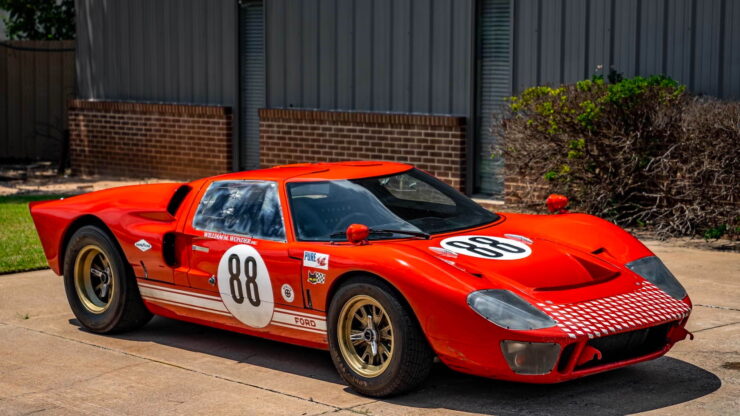 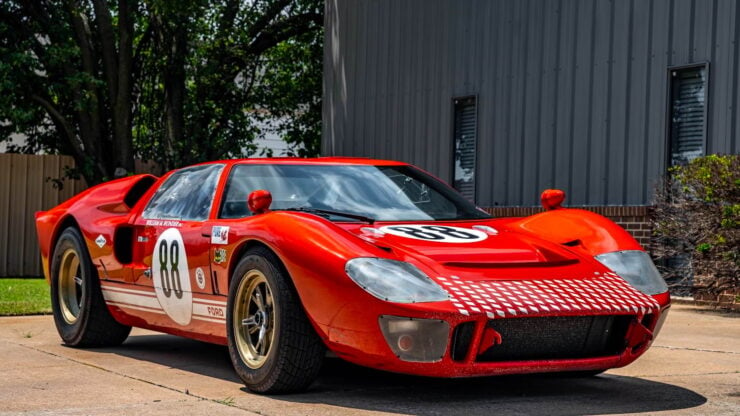 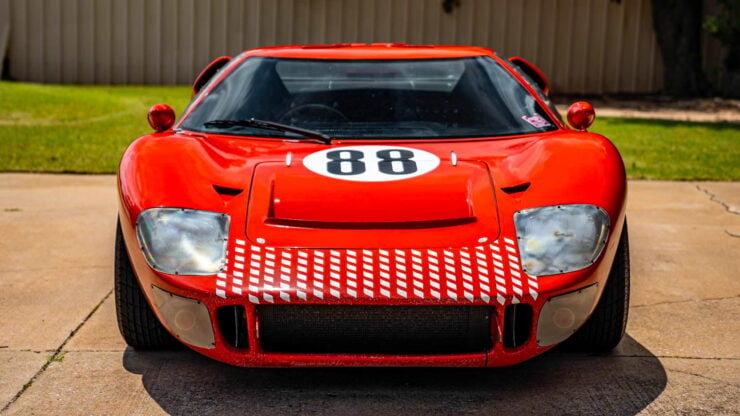 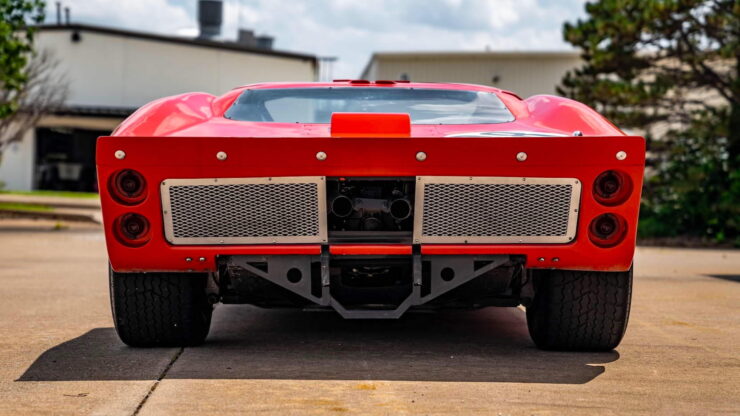 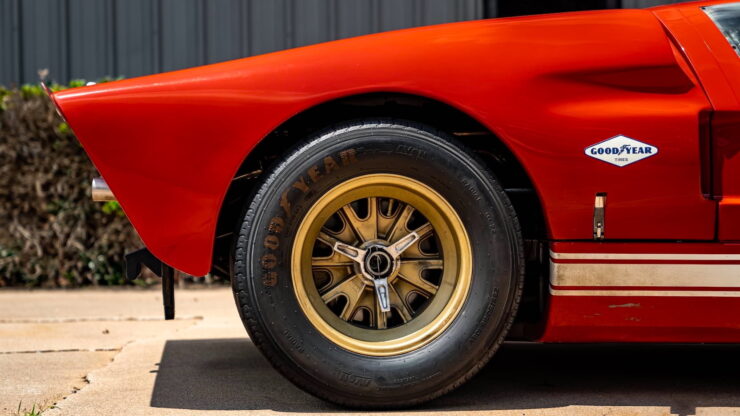