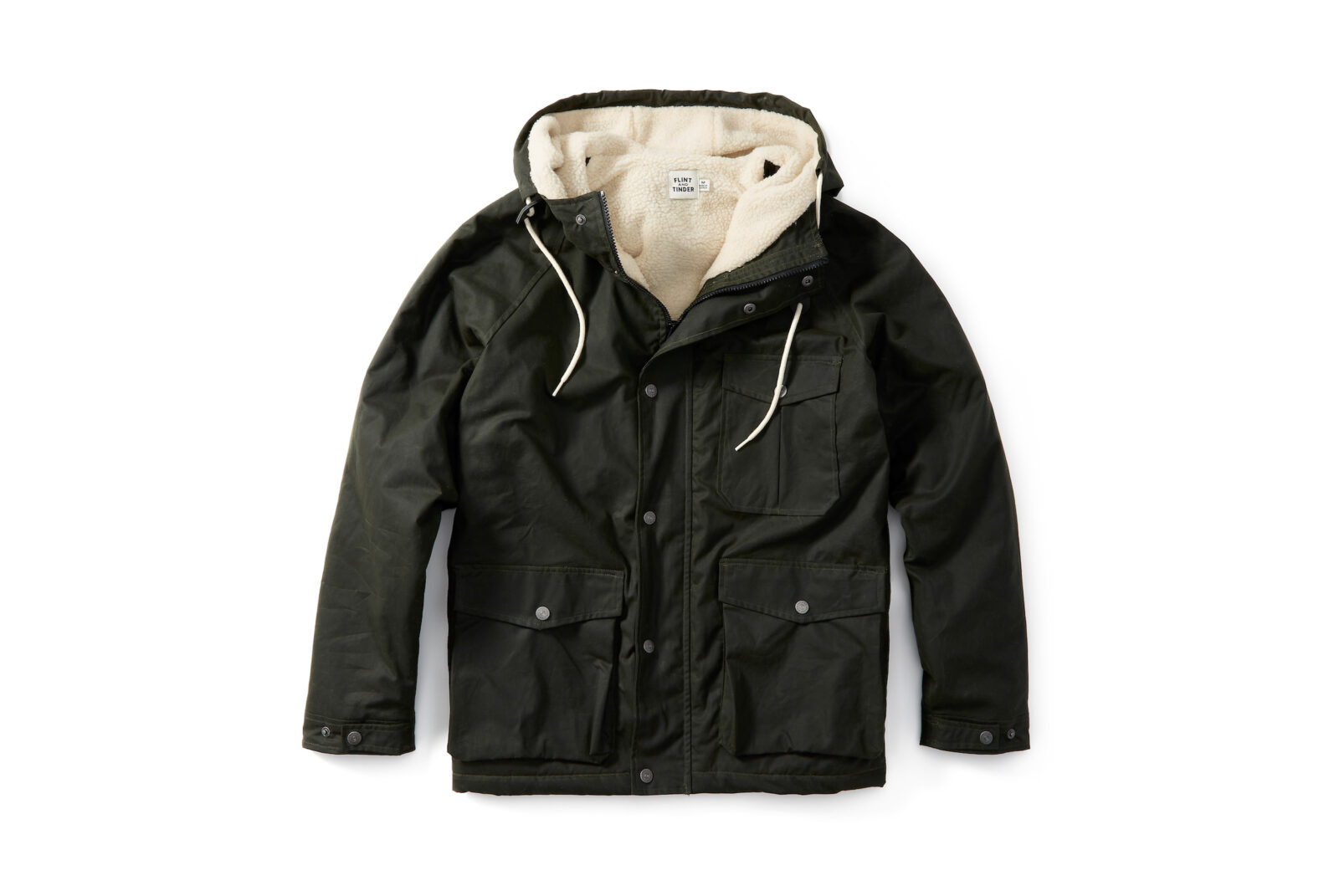 The Flint and Tinder Sherpa-Lined Waxed Ridge Parka was developed to be your primary winter coat. It has a main chassis of high quality British Millerain waxed canvas, the gold standard for waxed canvas, which keeps out the wind, rain, snow, and sleet.

The jacket has a full insulating sherpa lining to keep the heat in but still allow breathability, it also has a waterproof storm hood with a pull cord and leather stoppers to block out all but the very worst weather – in order to be well-suited as a winter work jacket for jobs like field work, chopping wood, shovelling snow, or even just walking the dog.

A two-way zipper primary zipper is used which allows you increased range of motion, and there are 6 pockets in total, with hand warmer pockets at the waist, a single chest pocket, and one secure interior pocket for smartphones or other sensitive electronic equipment like two-way radios and GPS units that need to be kept out of the weather.

The main zipper is protected with a waterproof weather flap that secures with press studs to keep the wind and water out and the cuffs are adjustable to allow you to tailor your fit.

Flint and Tinder make each of these jackets in the USA, they maintain a strong focus on quality to ensure each example of the Sherpa-Lined Waxed Ridge Parka will last many winter seasons and whatever you throw at it.

Three colorways are on offer including olive (shown here), black, and camo. Sizing ranges from S to XXL, and you’ll get free shipping and returns if you’re living in the USA. 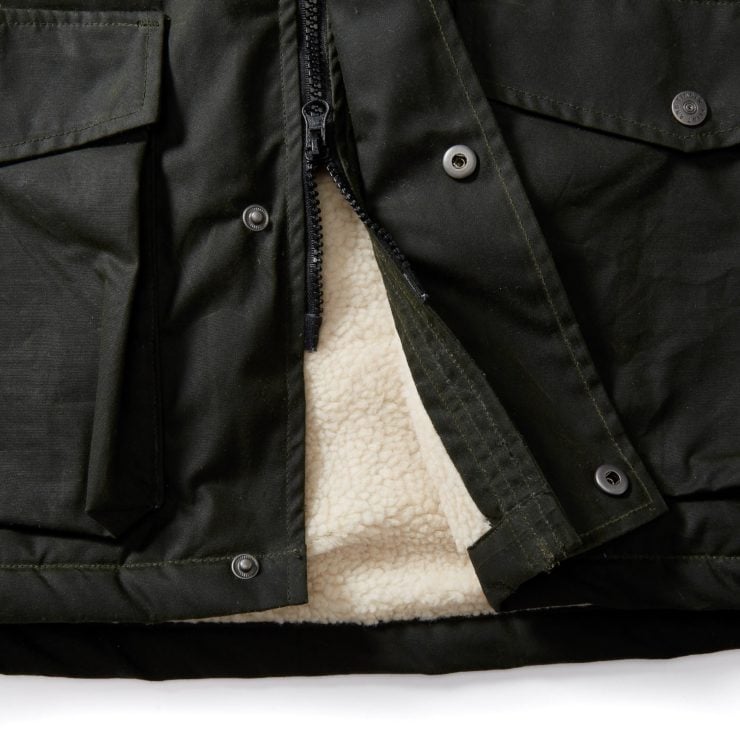 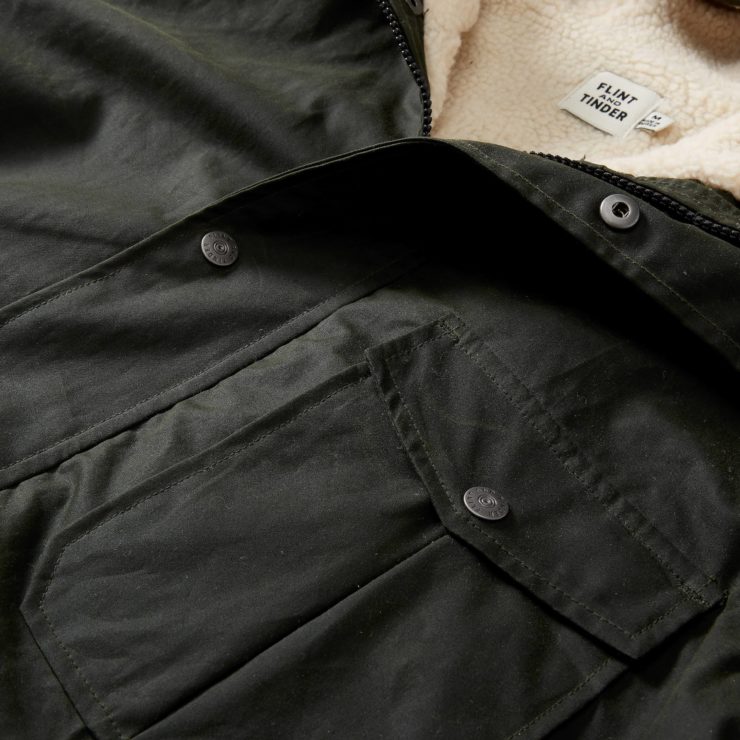 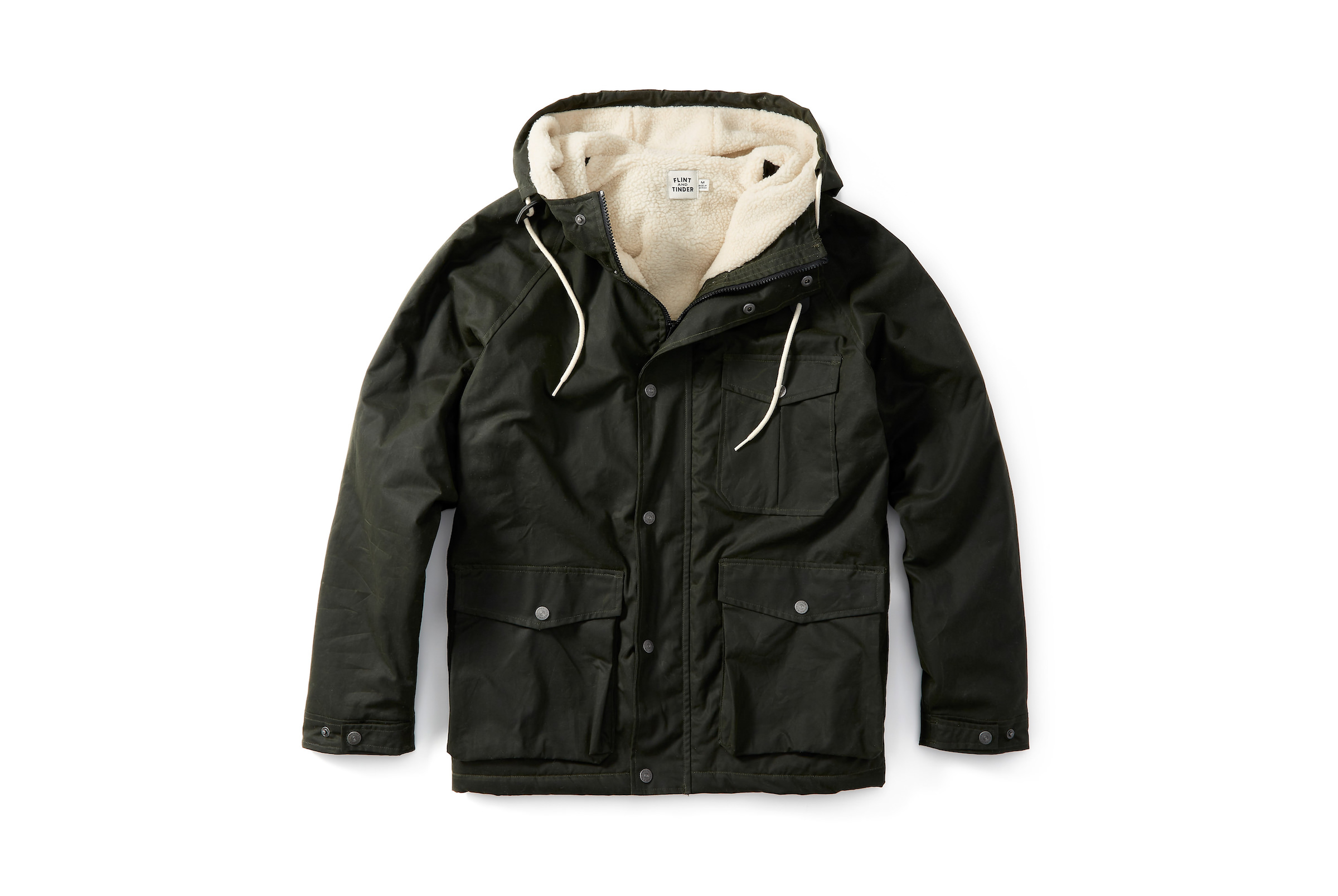