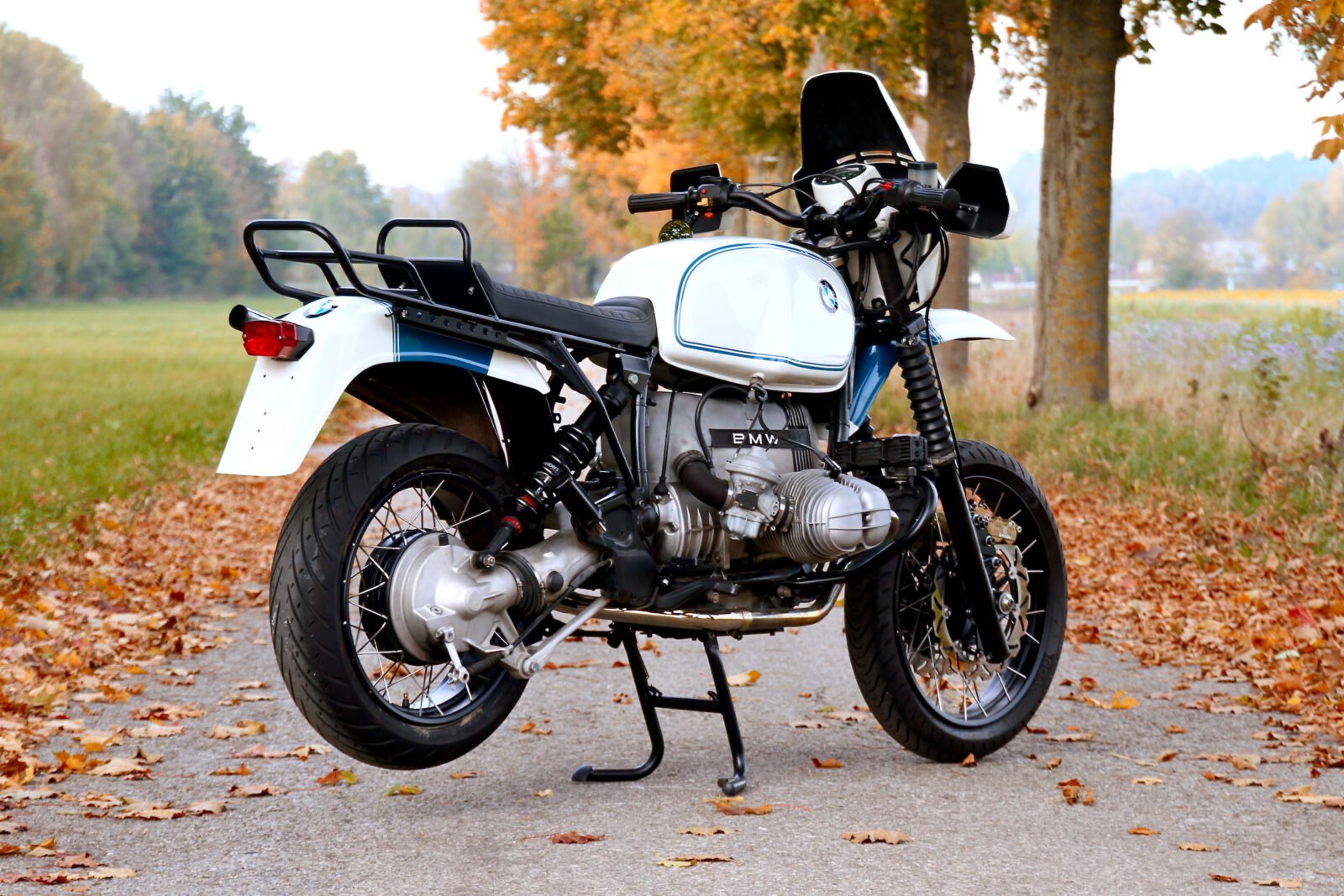 The BMW R100GS was released in 1987 as the next iteration in the GS family after the original and much loved R80G/S, a motorcycle that almost single-handedly launched the modern dual sport category.

The pressure on the engineers at BMW to follow up the R80G/S with a new model was intense. The multiple Paris Dakar Rally winning R80G/S was almost certainly the most beloved motorcycle in the company’s line up, and it’s probably the single most loved model in the company’s back catalogue to this day.

Rather than start with a blank slate redesign, they opted for a series of sensible upgrades to the R80G/S that would give the new R100GS more horsepower and torque whilst making it better suited to the street-oriented life that the overwhelming majority of G/S bikes lived.

The horizontally-opposed twin cylinder engine in the R80G/S was upgraded for the R100GS, now with a 980cc capacity compared to the old model’s 797cc engine size. Power was increased slightly but the most important changes were the addition of Paralever suspension, an oil cooler, 40mm Marzocchi forks instead of the 36mm BMW forks previously used, new rims that allowed the use of tubeless tires, and a more road oriented 17 inch rear wheel. 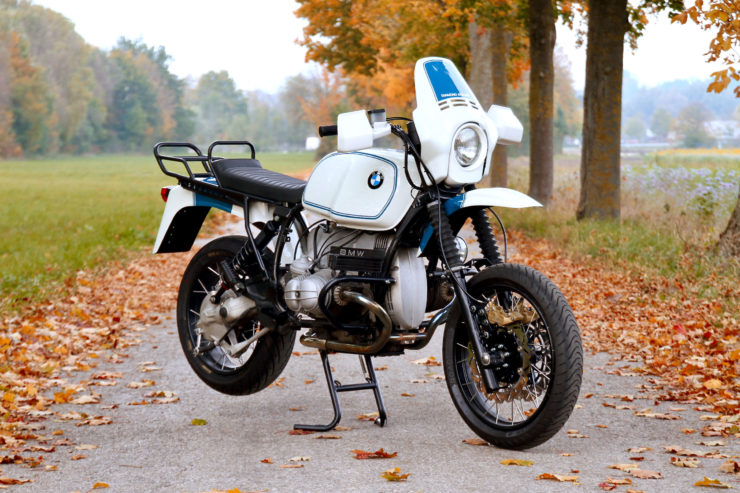 BMW offered the R100GS alongside the newly improved R80GS for a few years before discontinuing the 800cc version, the R100GS would stay in production from 1987 until 1996, with over 34,000 produced. Although the original 800cc version of the G/S has always been the most popular, it’s hard to deny that the R100GS is the more practical bike, particularly if you plan to do more on road touring than off road.

Due to the lower cost when compared with the R80G/S, the R100GS has become a popular vintage motorcycle with enthusiasts and custom builders. We’ve seen dozens of world class builds over the past 10 years or so, most emanating out of Europe which is where most of them were sold originally.

The BMW R100GS you see here is a custom build by the team at Diamond Atelier, a German custom motorcycle brand that rapidly developed a reputation for building some of the finest customs in the world after they were founded in 2013.

The goal with this build was to create the perfect BMW GS, this was almost as ambitious a goal as the work undertaken by BMW engineers back in the mid-1980s when they set out to make a bigger and better version of the original R80G/S. 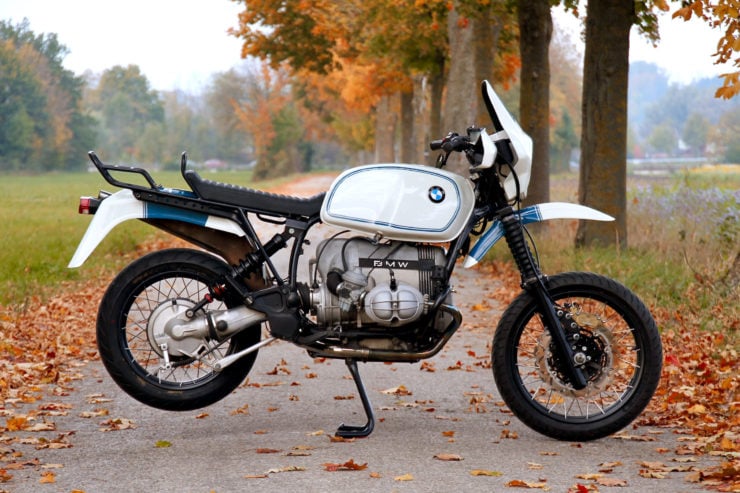 Each part that was removed or added was carefully considered to ensure that this would improve the bike in some notable way, and make it not just better looking, but better at both the Gelände and the Straße (off-road and on-road). This after all is where the original “G/S” name had originated.

The project started with a bone-stock 1990 R100GS, with just one owner and 37,000 kilometres on the odometer. The bike was disassembled and comprehensively rebuilt from the ground up with new bearings, new pistons, and everything newly sealed only with original BMW OEM parts.

The original carburettors were rebuilt including new jets better suited to the new higher-flow air filter and exhaust. The front and rear suspension has also been completed revised, with rebuilt original forks up front fitted with new Wilbers progressive springs – in the rear the monoshock is a new Wilbers fully adjustable Nightline unit. 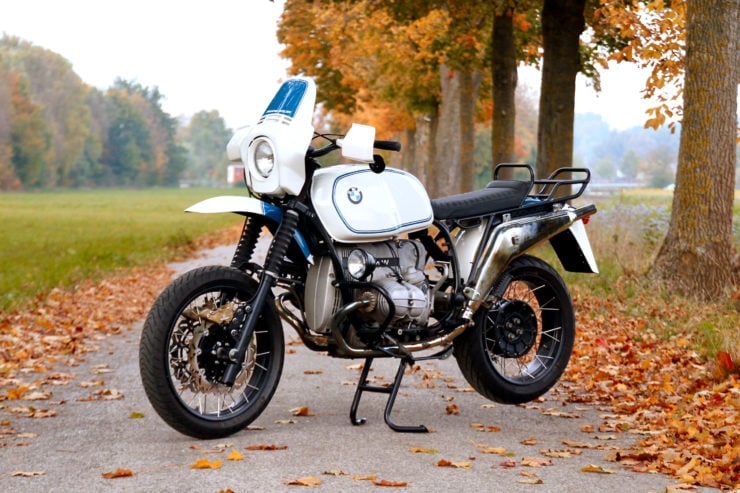 The original front and rear fenders were modified but kept in place due to the fact they’re a big part of the bike’s look, the seat is a custom black cowhide leather unit with waterproof stitching and three foam layers for comfort.

There’s a rear luggage rack for weekends away, as well as hand guards up front and the traditional headlight cowling. Interestingly the fuel tank was sourced from a BMW Monolever and trimmed to fit the frame on the R100GS.

The completed bike looks like it could have been an original special edition from BMW themselves, it has just 50 kms on the odometer since its rebuild, but that number will doubtless climb significantly over the next few years. If you’d like to see more from Diamond Atelier you can click here to visit the website. 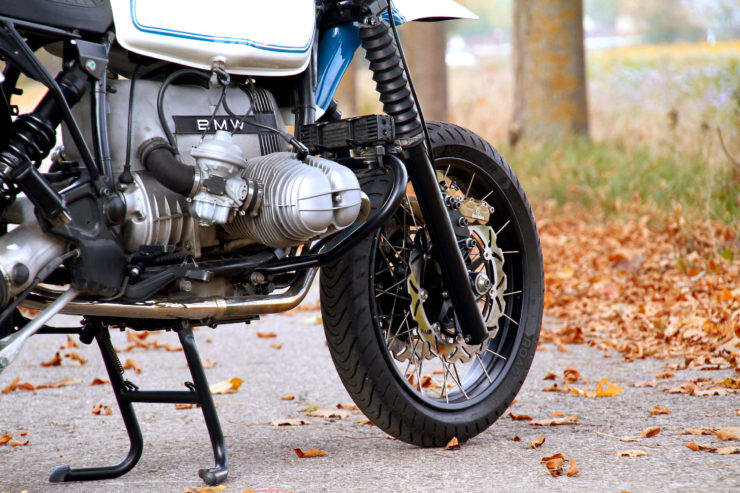 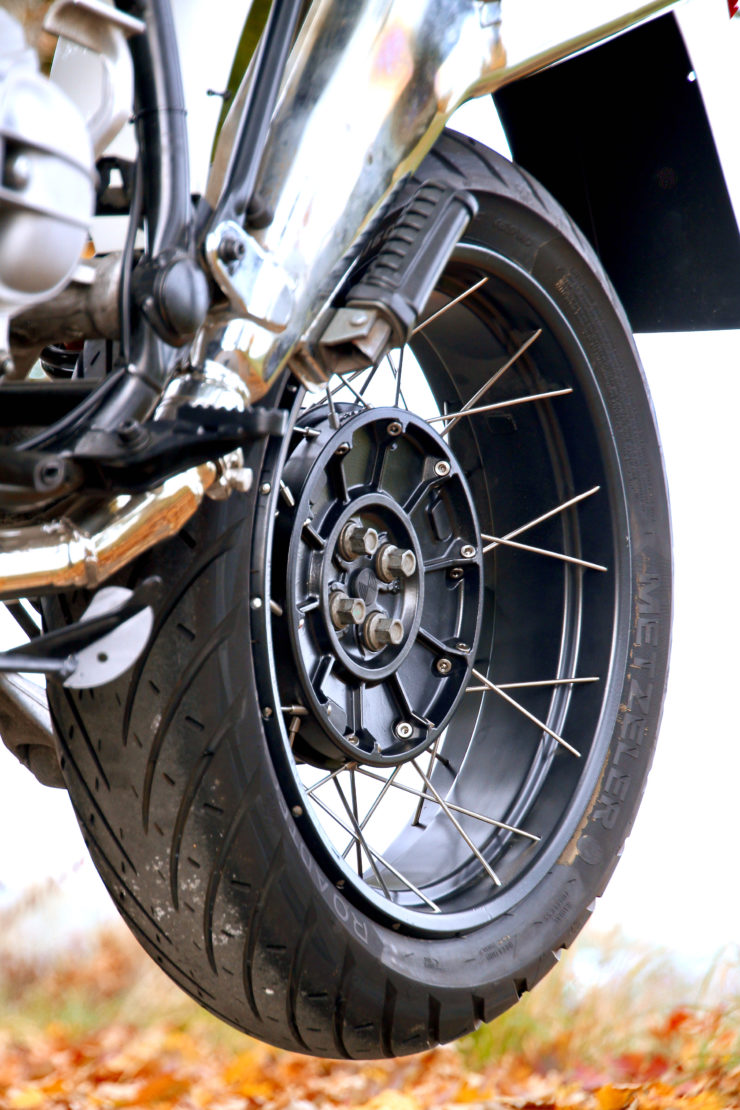 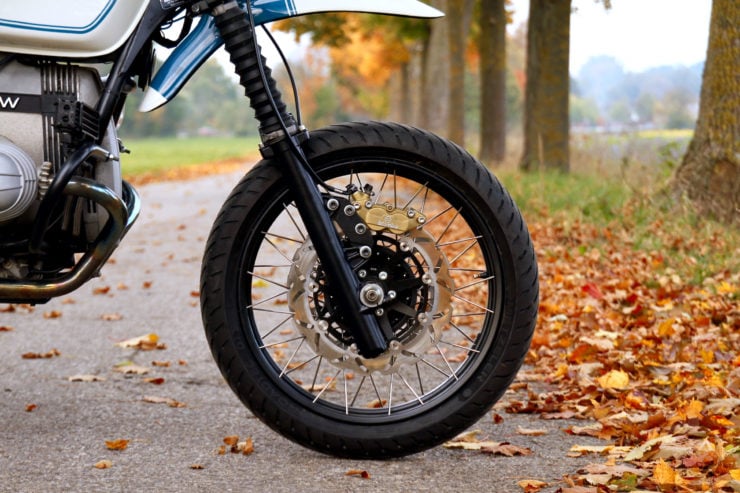 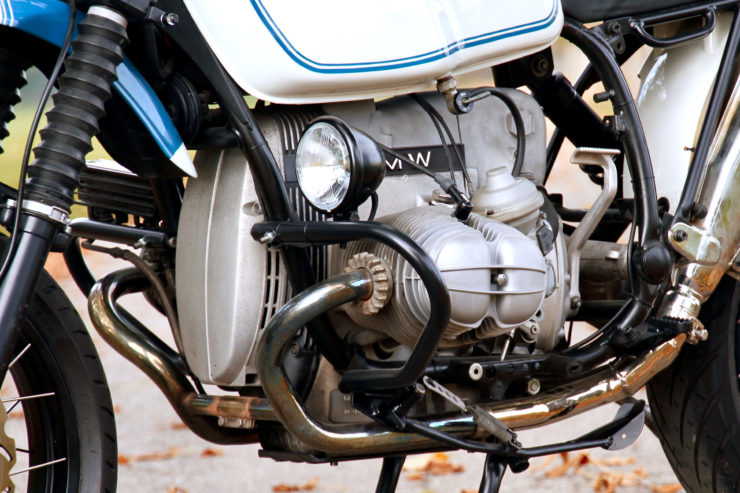 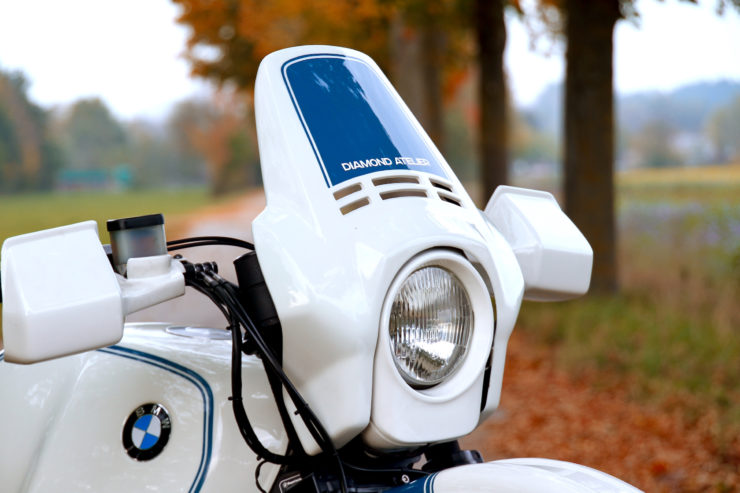 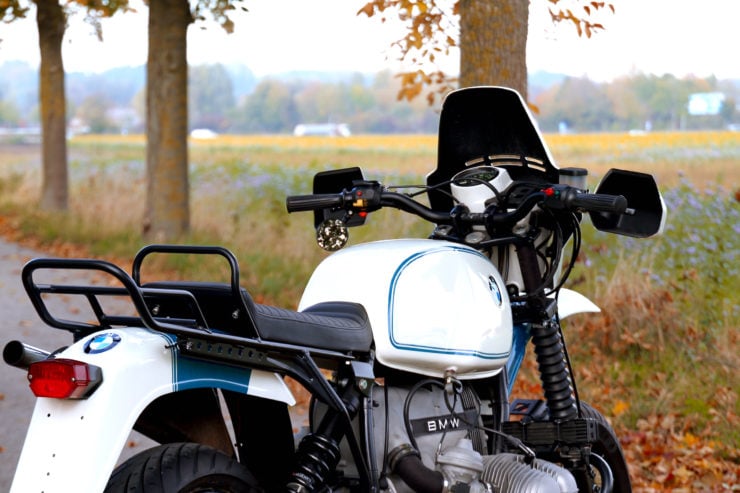 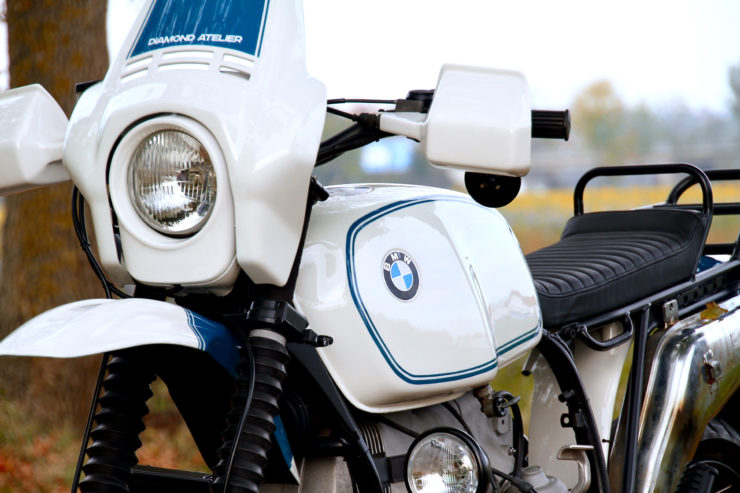 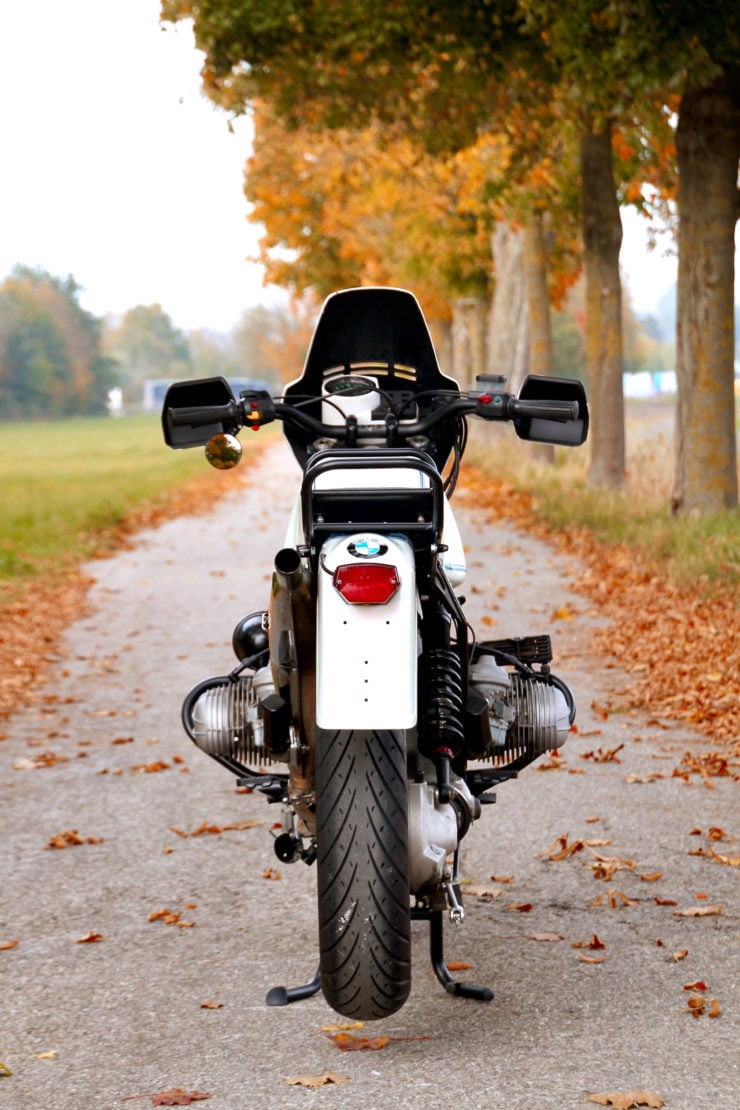 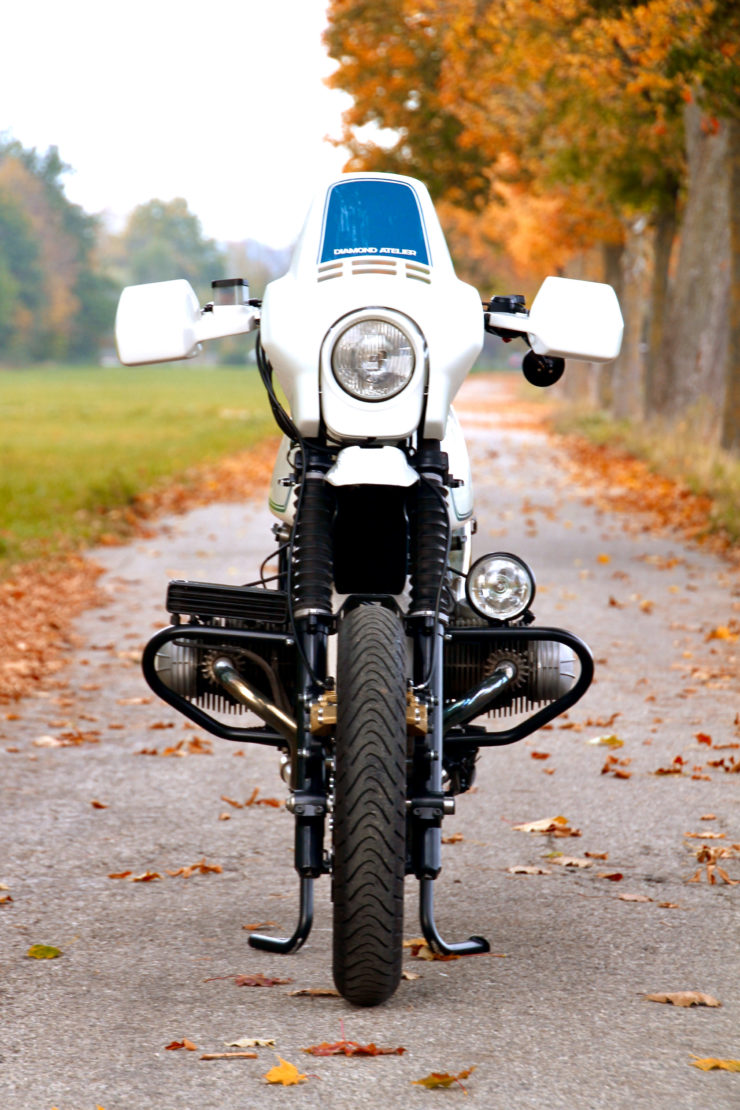 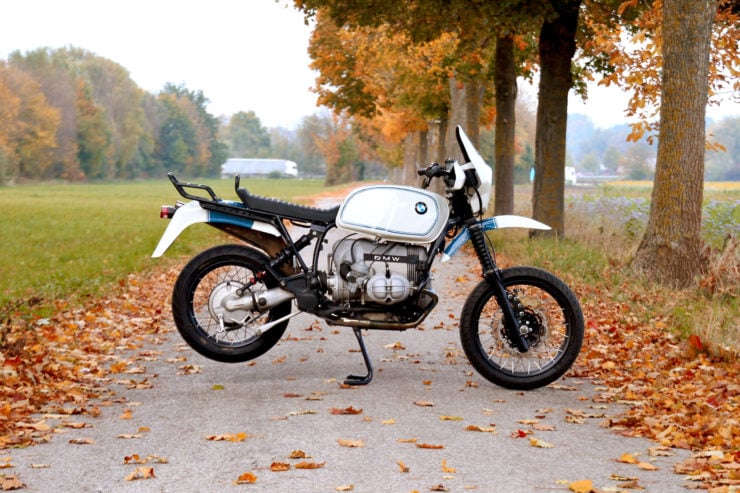 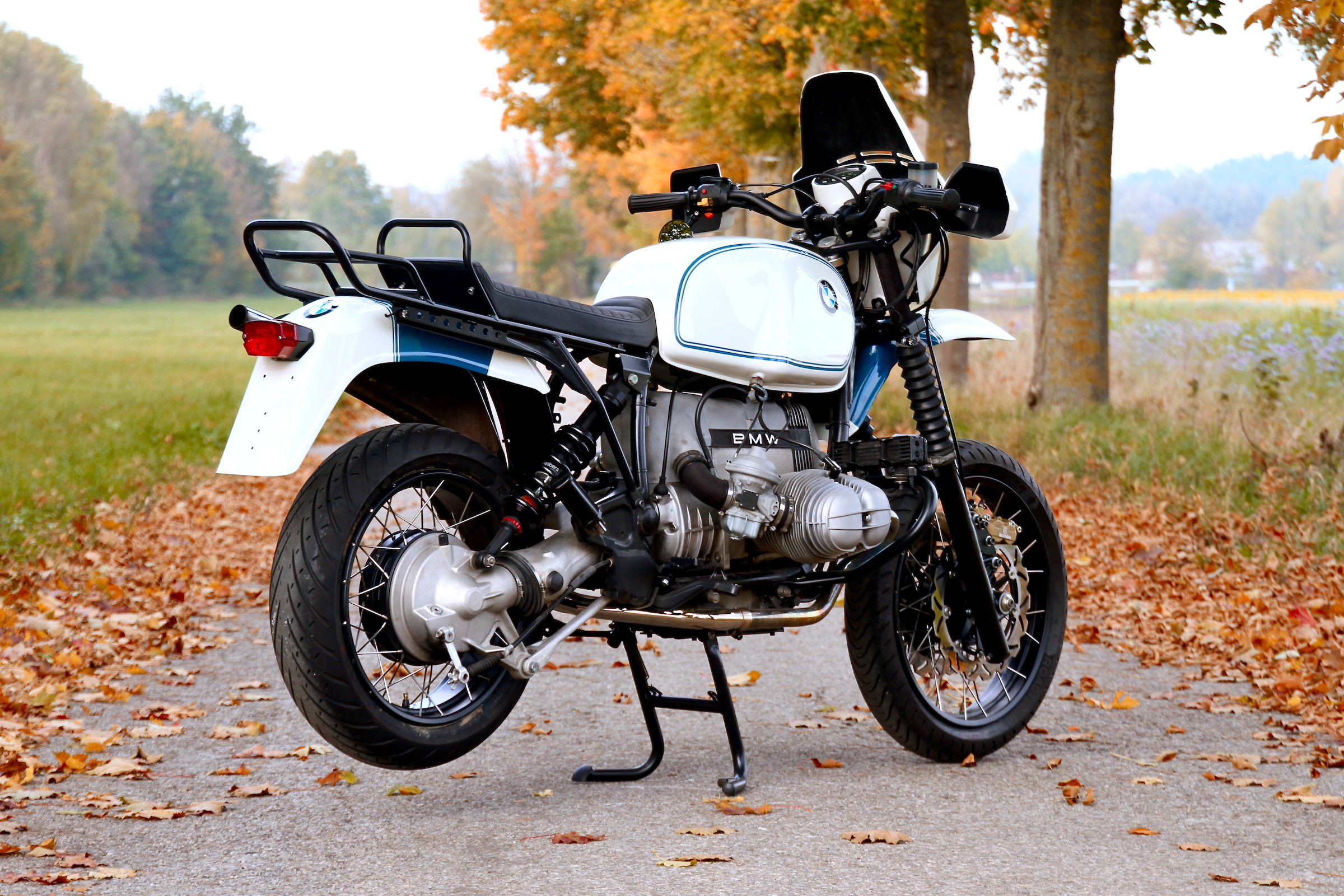 Published by Ben Branch - November 18th 2019
Related Posts
A 1968 Fuji Go-Devil: The Folding Motorcycle That Fits In A Suitcase