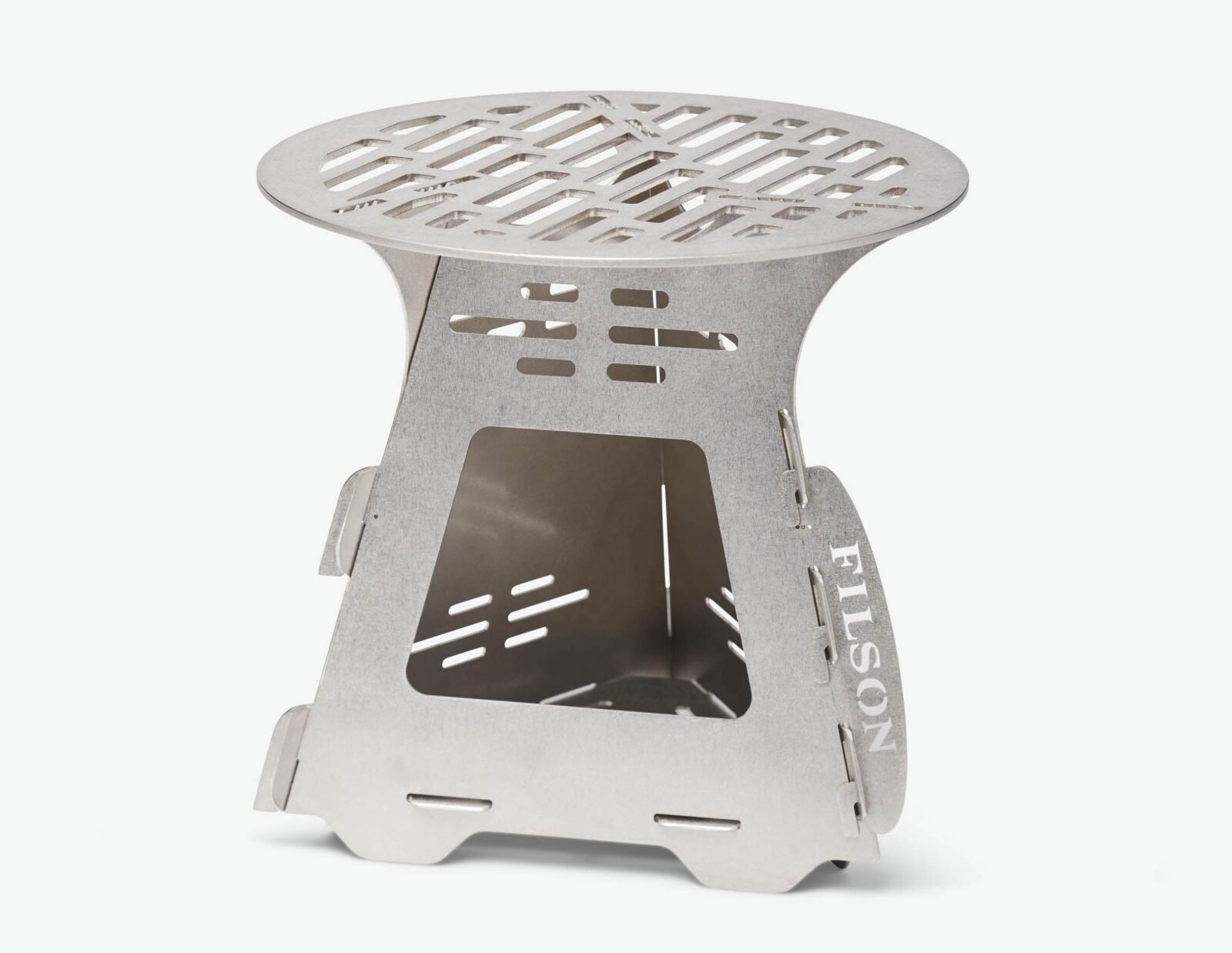 This is the Filson x Crafted Fire Tinderbox, it’s a portable firebox with a cooking grill on top that can be assembled in seconds by hand with no tools required. When no longer needed it can be disassembled and packed away flat in its leather carry case for easy transportation.

There are countless ways of cooking while camping, some just bring a grill and balance it on rocks while others have far more complex BBQ set ups that are better than many people’s home BBQs. The one thing most people agree on is that the ideal camping firebox or BBQ needs to be quick to assemble, easy to clean, and able to last decades of regular use.

The Filson x Crafted Fire Tinderbox was designed with all three of these criteria in mind. It’s made from laser-cut, heavy-gauge stainless steel to ensure it’ll last a lifetime or more, it uses a triangular base to give it better stability on uneven ground, and it can be set up in mere moments.

The main opening measures in at 4.5” x 3.5” and the other two sides have laser-cut ventilation slots ensure fire gets plenty of oxygen. It’s topped with a 7.5” diameter and 1/8” thick circular grill perfect for steaks, fish fillets, or other meats. It can also be used as a base plate for heating water in a tin or billy and for making coffee. After use it packs down to a size small enough that it can be tucked into a backpack or motorcycle pannier.

Once removed from its pouch and assembled the firebox is loaded with tinder and small piece of wood via the side opening. Once lit it takes a few minutes to get up to temperature for cooking, and more wood can easily be inserted while cooking. 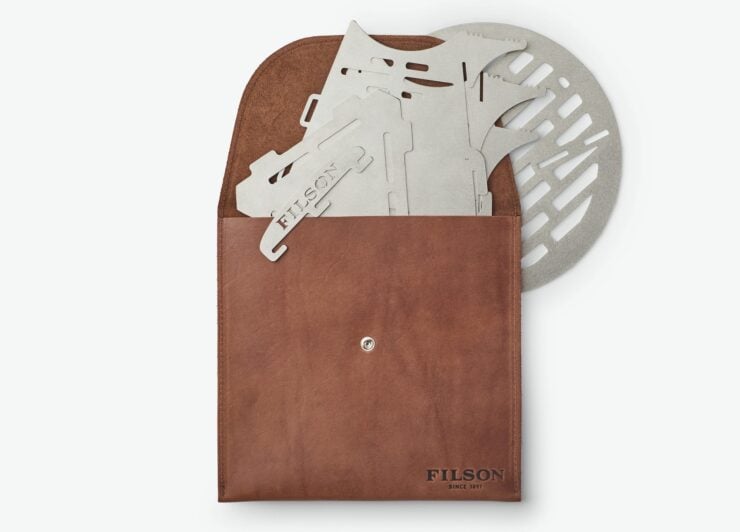